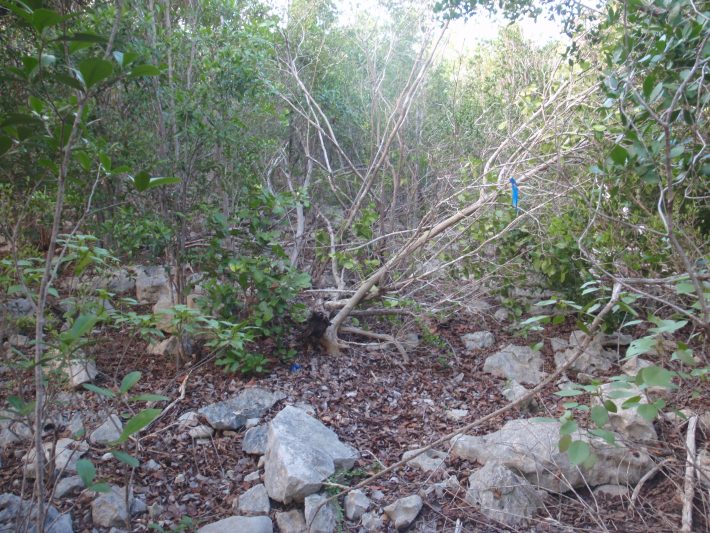 To counteract the damage hurricanes have caused to their canopies, trees appear to adjust key characteristics of their newly grown leaves, according to a year-long field study presented at the British Ecological Society’s annual conference today.

When Hurricane Maria hit Puerto Rico last year, the worst natural disaster on record to affect the U.S. territory, it stripped numerous trees bare of their leaves and consequently disrupted their ability to absorb the light needed for growth and survival. Ecologists from Clemson University took the opportunity to study how hurricanes affect tropical dry forests in the Caribbean and whether trees were capable of compensating for the significant damage by increasing resource acquisition in newly produced leaves.

For the study, the researchers examined the leaves of the 13 most dominant tree species one, eight and twelve months after Hurricane Maria struck and compared them with leaves that were collected before the hurricane. They analysed whether the immediate changes observed in leaves were temporary or maintained over multiple seasons.

“Our study took us to the Guánica State Forest in southwest Puerto Rico, which comprises one of the best parcels of native dry forest in the Caribbean. Rainfall here is extremely erratic, with huge variability within and between years. The forest also sits on limestone from an ancient coral reef which is extremely porous, meaning trees have little time to capture water as it travels through the underlying rock. As a result, organisms are uniquely adapted to cope with unpredictable water availability”, said Tristan Allerton, PhD candidate at Clemson University.

Trees rely on exchanging gas through their leaves, simultaneously collecting CO2 from the atmosphere to convert into energy whilst trying to minimise water loss (leaf-gas exchange). In order to capture maximum leaf-gas exchange rates by trees, the team attached a sensor to new leaves in the forest at several points during the day. They also looked at the newly produced leaves’ shape and structure, which play an important role in efficiently extracting gas from the atmosphere.

The preliminary findings suggest that 11 of 13 species studied were taking in CO2 at much higher rates immediately following Hurricane Maria. Many had also changed key characteristics of their leaves, including increasing leaf area relative to leaf biomass investment. In other words, trees were able to capture the same amount of light while spending less on leaf production.

“A key finding was that the leaves of some of the species contained less chlorophyll than prior to the hurricane. Even though new leaves were better suited structurally to capture valuable resources, lower leaf quality could reduce leaf lifespan and the trees’ ability to produce energy”, added Professor Skip Van Bloem, Allerton’s supervisor at Clemson University.

Overall, Caribbean tropical dry forests seem to be capable of tolerating major hurricanes, though the ecologists stressed that there may be “winners” and “losers” in terms of how species respond.

Currently it is unclear whether dominant evergreen species can exploit post-hurricane conditions to the same extent as deciduous species.

Allerton said: “Many of our evergreens displayed little change in gas exchange rates and in general the relative decline in new leaf chlorophyll after Maria was much greater than for deciduous species. Under normal conditions, evergreens renew their canopies over monthly/yearly timescales, therefore it’s likely hurricane canopy damage is a more expensive process for these trees.”

As climate change leads to expected increases in hurricane frequency and intensity, the species composition of tropical dry forests in the Caribbean is likely to change. One concern would be whether endemic species will disappear over time.

“This would be a huge shame as Caribbean dry forests are known to have a higher proportion of endemic species than mainland dry forests. Many trees found there are also incredibly ancient, making these forests a living museum of biodiversity”, concluded Allerton.

Allerton will present the study on Tuesday 18 December 2018 at the British Ecological Society annual meeting in Birmingham, UK. The conference will bring together 1,200 ecologists from more than 40 countries to discuss the latest research.