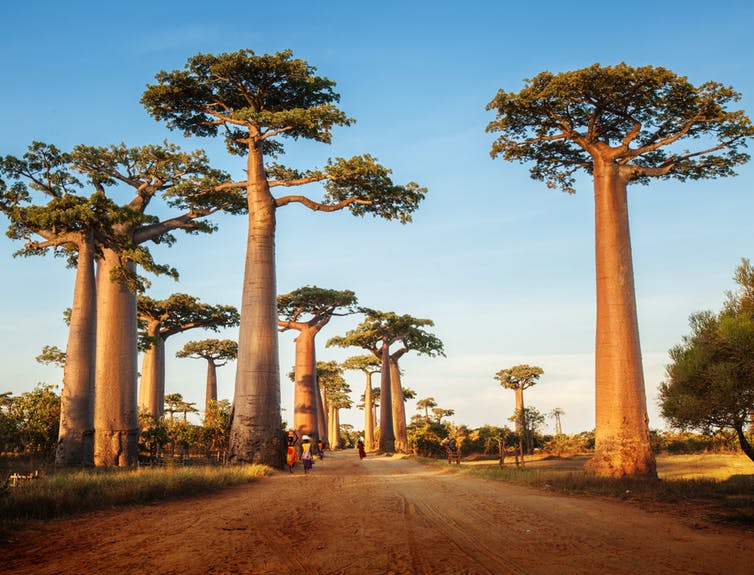 In the “The Lorax,” an entrepreneur regrets wiping out all the make-believe truffala trees by chopping them down to maximize his short-term gains. As the Dr. Seuss tale ends, the Once-ler – the man responsible for this environmental tragedy – tells a young child that “Unless someone like you cares a whole awful lot, nothing is going to get better. It’s not.”

Likewise, many corporations that profit from nature’s bounty, such as Unilever, Patagonia and Interface, appear to be reaching a similar conclusion. They are realizing that it’s time for the business world to do more about conservation.

We, two economists who have extensively researched natural resources and development, are proposing a new way to solve the problem of species and ecosystem loss. Corporations that benefit from biodiversity could forge what some are calling a “new deal for nature” by paying part of the tab for biodiversity conservation.

Biodiversity, the variety of all natural ecosystems and species, is being lost at an unprecedented rate. According to the recent World Wildlife Fund Living Planet Report, the populations of mammals, birds, fish, reptiles and amphibians have fallen by an average of 60 percent in just over 40 years. The scientists Gerardo Ceballos, Paul R. Ehrlich and Rodolfo Dirzo have dubbed this decline and an impending wave of extinctions a “biological annihilation.”

We argue that many businesses are threatened by the loss of species and ecosystems, such as declining bee populations and dwindling stocks of fish, forests, wetlands and mangroves. Without an array of ecosystems and species, it’s tough for farmers to grow crops or ranchers to raise animals.

The pharmaceutical industry needs them to make and create drugs. For example, one team of U.S.-based researchers estimates that the pharmaceutical value of marine biodiversity for anti-cancer drug discovery could range from US$563 billion to as much as $5.7 trillion.

Insurance companies depend on coastal wetlands to minimize the impact of big storms. For example, an international group of researchers estimated that preserving one hectare of mangroves in the Philippines yields more than $3,200 in flood-reduction benefits each year.

A global treaty, the Convention on Biological Diversity does set worldwide conservation targets. But we believe they may not be ambitious enough. Cristiana Pașca Palmer, who serves as the UN’s biodiversity chief, is considering raising the treaty’s targets to conserve at least half of terrestrial, inland water, coastal, and marine habitats to preserve biodiversity.

But the existing efforts to preserve biodiversity are not only inadequate. They’re underfunded.

Global biodiversity protection requires $100 billion annually, according to a previous study one of us conducted, yet the international community spends up to $10 billion each year on biodiversity conservation.

Much of the world’s biodiversity is in developing countries, which lack the financial wherewithal to adequately conserve it.

As we have explained with our colleague Thomas J. Dean in Science magazine, we believe that involving businesses in an international environmental agreement could help bridge a chronic funding gap.

A key part of this new deal for nature would be making the corporations that depend on the health of natural ecosystems and species help foot the bill to preserve biodiversity.

Why would corporations want to get involved?

First off, it may benefit their bottom line. Big companies depend on robust natural ecosystems systems and individual species.

We calculate that the increase in revenue and profits from biodiversity conservation could generate between $25 billion and $50 billion annually to fund global conservation efforts.

The seafood industry stands to gain $53 billion annually from an increase in marine stocks. This could generate $5 billion to $10 billion each year to spend on preserving biodiversity.

The insurance industry could see an additional $52 billion from increasing the area of protected coastal wetlands with a similar investment.

Agriculture also has an incentive to protect habitats of wild pollinators, who along with managed populations enhance global crop production by an amount a global group of scientists estimates to be worth between $235 billion to $577 billion annually.

What’s more, there is growing evidence that when corporations engage in environmental stewardship, they become more attractive investments and their borrowing costs decline.

There is a second reason why big companies are sometimes willing to take action and pay to conserve biodiversity: corporate social responsibility, an ethos that builds into business models a commitment to protect the environment and benefit society.

Danone is a leader in this regard. It established the first partnership agreement between a global environmental convention and a private company over 20 years ago.

Since then, the multinational corporation best known for its yogurt and bottled water has promoted and supported the sustainable use and management of wetlands.

Danone, for example, worked with local partners to replant mangroves in approximately 500 Senegalese villages. We believe this reforestation project shows that investments in nature can be sustainable and scalable business models.

Danone, which earned $3 billion in profits in 2017, has its own $80 million “Ecosystem Fund.” It’s just one of an increasing number of companies taking concrete steps toward biodiversity protection, even though they are not required by any law or national policy.

More than 21 national and regional initiatives have been established to encourage partnerships between business and biodiversity conservation. For example, 10 of the 13 biggest seafood companies that control up to 16 percent of global marine catch and 40 percent of the largest and most valuable fisheries have come together to support an ocean stewardship initiative.

A new deal for nature

Based on our calculations, if the seafood sector were to set aside up to 20 percent of the increase in profits it gets from sustainably managing marine biomass stocks, it could conceivably spend up to $10 billion annually for marine biodiversity conservation.

And we estimate that by channeling up to 10 percent of the gains from sustainable forest management, the forest products industry could raise as much as $30 billion each year for investment in increasing protected forest area.

An agricultural sector contribution of around 10 percent of the benefits it derives from wild pollination services would amount to about $20 billion to $60 billion per year in additional financing for the conservation, creation and restoration of wild pollinator habitats.

All told, this business-world support could help close the $100 billion gap in global biodiversity conservation funding. This would go a long way toward slowing, and potentially reversing, biodiversity loss.

There are, of course, barriers to corporate conservation. The costs may be high. It may be hard for to businesses to assess the long-term value of biodiversity conservation benefits and integrate them into investment decisions. And it is possible that some of the corporations that take this step could be at a competitive disadvantage, especially in the short term.

But a number of companies are already showing that they believe investing in ecosystem preservation is worth it. In our view, corporate support for international biodiversity conservation is essential to prevent “biological annihilation.”