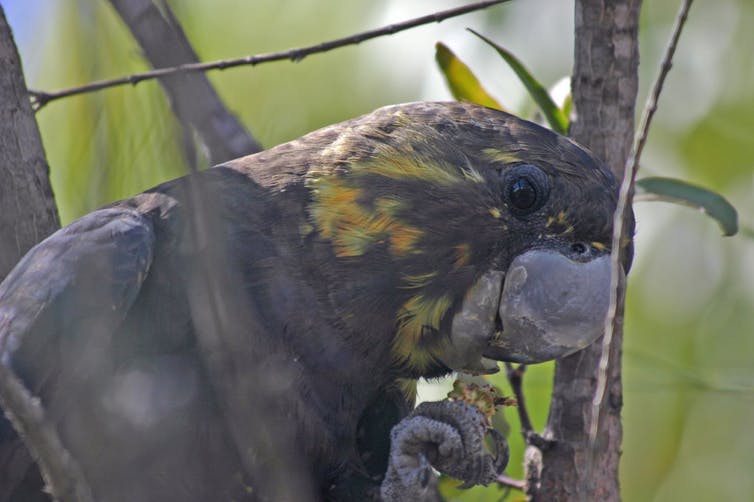 But how do you measure such success? How do you compare cockatoo nest protection with any other investment in conservation?

Unfortunately, we have few ways to compare and track the different efforts many people may be making to help conserve our natural treasures.

That’s why a group of us from a dozen Australian universities along with scientists and private researchers around the world have created metrics of progress for both our understanding of how to manage threats of different intensity, and how well that management has been implemented. We also provide guidance on what still needs doing before a threat no longer needs active management.

For the first time, we looked at every threatened bird in Australia to see how well – or not – they are managed. Hopefully, we can use this to avoid compounding our disastrous recent track record of extinctions in Australia.

The state of Australian birds

What we did differently was collect the same data across different species, which meant we could compare conservation efforts across all bids.

When we applied these metrics to Australia’s 238 threatened bird species, the results were both encouraging and daunting. The good news is that we understand how to reduce the impact of about 52% of the threats – although of course that means we know little about how to deal with the other 48%.

But the situation is decidedly worse when we consider how effectively we are putting that research into practice. Only 43% of threats are being managed in any way at all – and just a third of the worst threats – and we are achieving good outcomes for just 20%.

But at least we now know where we are. We can celebrate what we have accomplished, appreciate how much needs doing, and direct our efforts where they will have the greatest benefit.

The threats to our birds

Introduced mammals, particularly cats, have been (and continue to be) a significant threat to Australian birds. Although we have successfully eradicated feral animals on many islands, saving many species, they remain a grave threat on the mainland.

The effect of climate change is becoming the top priority threat for the future. About half of all threatened birds are likely to be affected by increases in drought, fire, heat or sea level. Given the policy prevarication at a global level, targeted research is essential if birds are to be helped to cope.

By looking at multiple species, we can also identify what helps successful conservation. Monitoring, for instance, has a big impact on threat alleviation – better monitored species receive more attention.

There is also – unsurprisingly – a strong connection between knowledge of how to manage a threat and successful application of that knowledge. Often policy people want instant action, but our work suggests that action before knowledge will squander money.

Where to from here?

So what can we use this analysis for? One use is helping species close to extinction.

Using the same approach for multiple species groups, it is apparent that, while birds and mammals are in a parlous state, the most threatened fish are far worse off. We can also identify some clear priorities for action.

Finally, we must acknowledge this work emerged not from a government research grant, but from a non-government organisation (NGO). BirdLife Australia needed an overview of the country’s performance with threatened birds and was able to draw on the volunteered skills of biologists and mathematicians from around the country, and then the world.

Indeed, one of the future projects will be using the new assessment tool to see just how much of the conservation action around the country is being driven by volunteers, from the many people who contributed their knowledge and skills to this paper through to those keeping glossy black-cockatoo chicks safe on Kangaroo Island.