Home » Why Botswana is no longer a safe haven for elephants 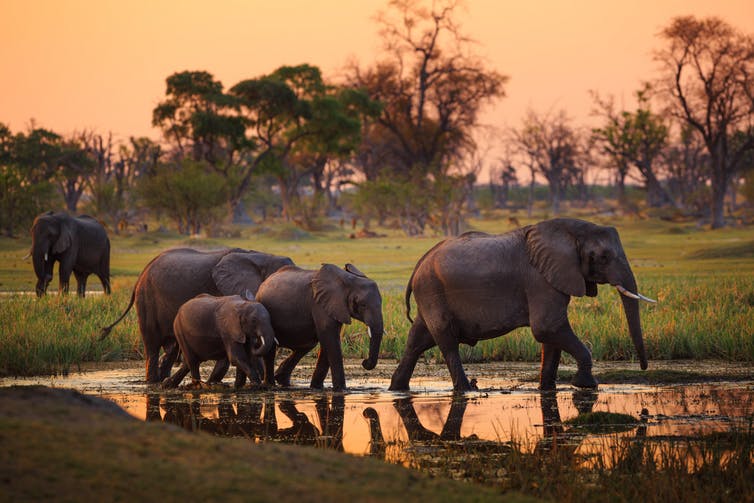 Last week, global news outlets reported that 90 carcasses of illegally killed elephants had been found around a famous wildlife sanctuary – the Okavango Delta – in Botswana. The elephants appeared to have been killed for their tusks a few weeks ago.

Dr Mike Chase, a scientist who founded and directs Elephants Without Borders, a research and conservation organisation, made the finding while conducting an aerial survey of Botswana’s wildlife. The survey began on 10 July 2018. A statement by the Botswana government denies the finding, claiming that the number is only 53, with the majority of carcasses suggesting natural death rather than poaching. However, another article stated that “Botswana Tourism Minister Tshekedi Khama confirmed to AFP that elephants had been poached”.

Chase stated: “When I compare this to figures and data from the Great Elephant Census, which I conducted in 2015, we are recording double the number of fresh poached elephants than anywhere else in Africa.”

Carcasses are recorded as “fresh” if they can be dated within three months of identification. The skulls had been chopped for tusk removal on the carcasses discovered during the survey. This is evidence of poaching.

Three years ago Elephants Without Borders conducted the Great Elephant Census. It recorded 352,271 African savanna elephants in 18 range states (excluding Namibia). The scientific report about the census, which Chase coauthored, found that the population had declined by nearly a third between 2007 and 2014.

Botswana has been an unparalleled conservation success story. The census estimated that Botswana had 130,451 elephants, the highest density on the continent (1.28 per km2), amounting to about 37% of the total savanna population. It also had the lowest carcass ratio (6.9%) – percentage of dead elephants observed during the count – among high-population range states. Tanzania, by contrast, with vast wilderness areas, only had an estimated 42,871 elephants left in 2015 and a carcass ratio of 26.4%. It reportedly lost 60% of its elephants from 2010 to 2014.

At the time of the census, southern Africa was recognised as having the lowest poaching rates (except for Angola). And until now Botswana has enjoyed an enviable reputation as a wildlife haven. It employed an unofficial “shoot to kill” policy against poaching. The Botswana Defence Force also played an important supportive role for wildlife authorities. It also helped that, for a long time, it had a president – Ian Khama – who was an avid wildlife protector.

Khama stepped down in April, replaced by Mokgweetsi Masisi. A month later, the government disarmed the Department of Wildlife and National Parks anti-poaching unit. While Chase attributes the poaching uptick to this disarmament, the Botswana government has stated that its move was “in line with existing legislation which does not allow the department to own such weapons”.

There have been warnings for some time that the poaching tide would move towards Botswana. Chase was sure that the country was well prepared but is now shocked at seeing the volume of fresh carcasses.

Disarmament is probably an important causal factor behind the recent sharp increase in elephant poaching. Poachers follow routes of least resistance. Disarmament likely removed a previously strong deterrent. But it is only one of many factors.

The major cause is a pure function of density. Elephants are incredibly intelligent and migrate to where they are safest. Persecuted over decades across weakly governed range states in southern Africa, they found refuge in Botswana.

I believe that it was therefore only a matter of time until poaching efforts moved in. Scarcity elsewhere meant high effort and low reward for poachers. Botswana beckoned with a promise of low effort and high reward.

Disarming and removing anti-poaching equipment from the Department of Wildlife and National Parks anti-poaching unit created the gap that poachers had been waiting for. It appears as if Botswana’s governing authorities may have underestimated the force of the poaching river.

What can be done?

In a 2015 paper I modelled elephant conservation as a “river crossing” game. To cross the river (save elephants) successfully, conservationists had to accomplish three things – eradicate global demand, disrupt poaching and trafficking networks, and ban domestic ivory trade where it still occurs.

I concluded that conservation capital would be best spent on reducing demand and on anti-poaching efforts. Domestic trade bans would become efficient if the first two strategies were realised first.

Effectively defeating poaching is the most difficult because capabilities for anti-poaching and law enforcement differ from state to state. States often also have contradictory ideas about what will work best.

Another key factor is that, ultimately, communities living on the front line of elephant conservation need to have skin in the game and derive extensive benefits from wildlife tourism if poaching is to be crowded out.

Apart from the devastating conservation implications of elephant poaching, Botswana has an enormous amount to lose if its elephant populations dwindle further. Tourism is the second biggest foreign exchange earner after diamonds. But this is about more than protecting one country’s tourism sector. It’s about collective action from all range states to protect elephants and other endangered species.