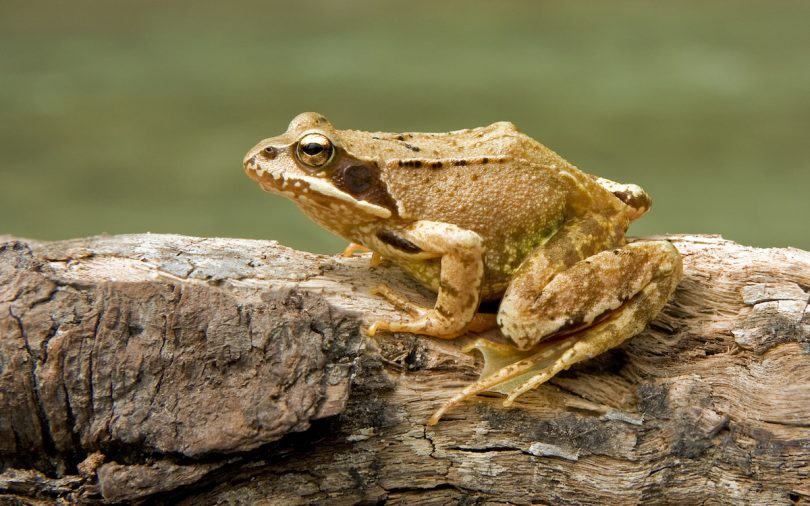 Laurence Jarvis (Head of Conservation at Froglife), takes a look at overwintering in frog tadpoles…

During June and July in the UK, the majority of common frog (Rana temporaria) tadpoles metamorphose into juveniles which leave ponds for terrestrial habitats. They will spend the rest of the summer and autumn foraging and feeding on small invertebrates in preparation for the winter. However, a number of common frog tadpoles each year will remain in ponds and spend the winter in the water, metamorphosing into juveniles the following spring (Figure 1). What causes some tadpoles to metamorphose and others to remain in the water over the winter?

Often, ponds drying out or freezing over can limit the capacity for frog tadpoles to overwinter. However, there are many ponds in the UK where this does not occur, which allows for overwintering of tadpoles. Our understanding of the exact factors which trigger overwintering in tadpoles are not fully understood, but research by Walsh et al. (2016) found that temperature and food availability were key factors. In addition, the decision on whether to over‐winter as a tadpole appears to be made relatively early in the season (Walsh et al., 2008). Under laboratory conditions, lower temperatures and reduced food availability during the summer resulted in a higher proportion of individuals remaining as tadpoles during the winter (Walsh et al., 2016). These findings suggest that cold weather conditions in the early autumn may affect tadpole development, perhaps by affecting endocrine function. However, temperature alone does not appear to be enough to trigger overwintering in tadpoles; food availability also appears to be important. Although these two factors play an important role in triggering overwintering in common frog tadpoles, there are other factors, not fully understood, that appear to be involved. 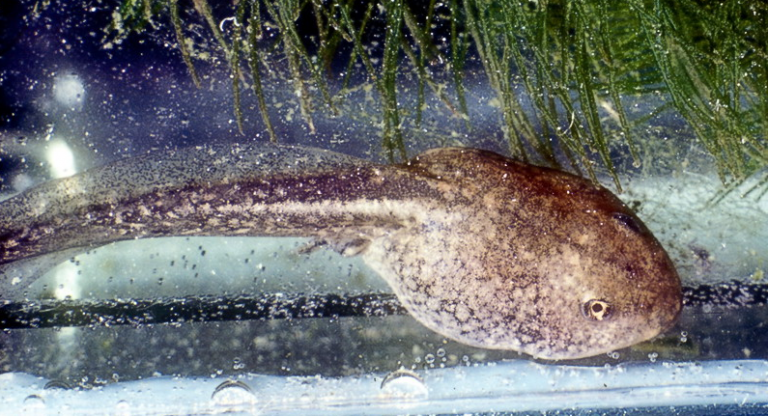 Living in areas with variations in altitude, provides challenges for the development of common frog tadpoles. Higher altitude ponds experience lower temperatures and food availability, and these may promote a higher incidence of overwintering in tadpoles. However, Muir at al. (2014) found that in tadpoles living at high altitude in Scotland, individuals had a lower resting metabolic rate, which allowed for more energy to be allocated to growth. This is likely to allow individuals to grow faster under cooler environmental conditions, and allow tadpoles to metamorphose earlier than expected and prevent the necessity to overwinter. However, if tadpoles developing at high altitudes do need to overwinter, they are able to better tolerate the colder winter temperatures. Muir et al. (2014) found that the tadpoles of common frogs at high altitude were able to tolerate freezing for short periods of time. This adaptation provides common frog tadpoles with the ability to withstand the cooler pond conditions at high altitude over the winter and therefore lead to greater survival.

Across Central Europe the incidence of overwintering tadpoles varies by species and is more typical in later breeding species with large tadpoles such as the midwife toad (Alytes obstetricans), spadefoot toad (Pelobates fuscus), and water frogs (Pelophylax species) (Gilbert & Harmsel, 2016). The incidence of overwintering in common frogs is rare and was reported for the first time in the Netherlands in 2013 (Gilbert, 2016). This was likely to be due to the unusual weather conditions of 2013/14 along with the sheltered site where this was observed. Overwintering in the edible frog (Pelophylax esculentus complex) is a relatively rare phenomenon across Central Europe (Figure 2). Research by Péntek et al. (2018) found that overwintering by tadpoles only seems to occur in unusual weather conditions. In one particular incidence cold temperatures over the winter resulted in late breeding by adults which led to tadpoles getting a late start to their growth and development. Cool conditions early in the autumn (October) appeared to trigger halting of development and the subsequent mild winter promoted successful overwintering by tadpoles of this species (Péntek et al., 2018). Although still relatively rare, overwintering may become more common across Central Europe with changing environmental conditions causing increased variability in seasonal temperatures. 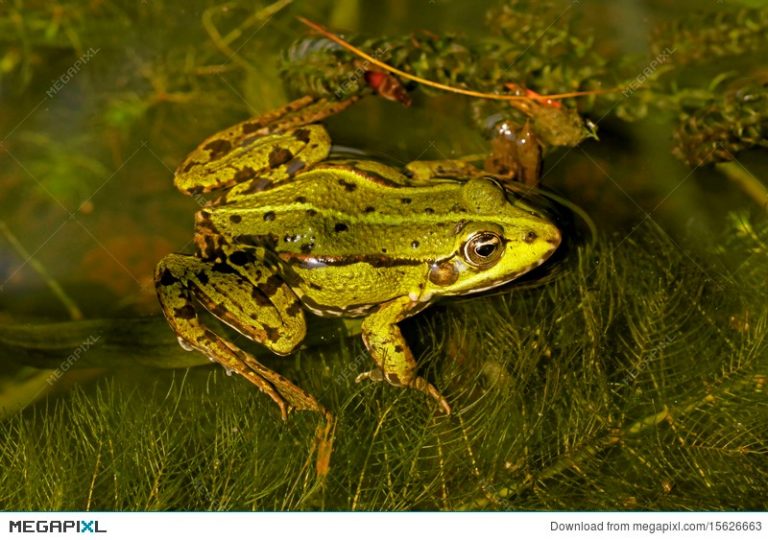 Figure 2. Overwintering by the tadpoles of the Edible Frog is relatively rare across Central Europe.

In the United States, 15 species of Ranid frogs occur but only five of these species are known to overwinter as larvae (North American bullfrog (Rana catesbeiana), pig frog (R. grylio), river frog (R. heckscheri), red-legged frog (R. aurora), and southern mountain yellow-legged frog (R. muscosa)). It appears that pond desiccation is one of the main factors limiting Ranid frog species in North America from overwintering as tadpoles. The southern leopard frog (Rana sphenocephala) is a common frog inhabiting freshwater ponds across the Northern United States (Figure 3). Tadpoles of this species will remain in the larval stage until reaching a critical metamorphic size and if this is not reached by the end of the autumn, then the tadpoles will overwinter (Pintar & Resetarits, 2018). If winter conditions are suitable, tadpoles will remain in the pond for several years until the critical size for metamorphosis has been reached. This is different to common frogs in the UK which do not need a critical size to metamorphose but do require specific environmental conditions. These results highlight the variations that occur across Ranid species in their requirements for metamorphosis. 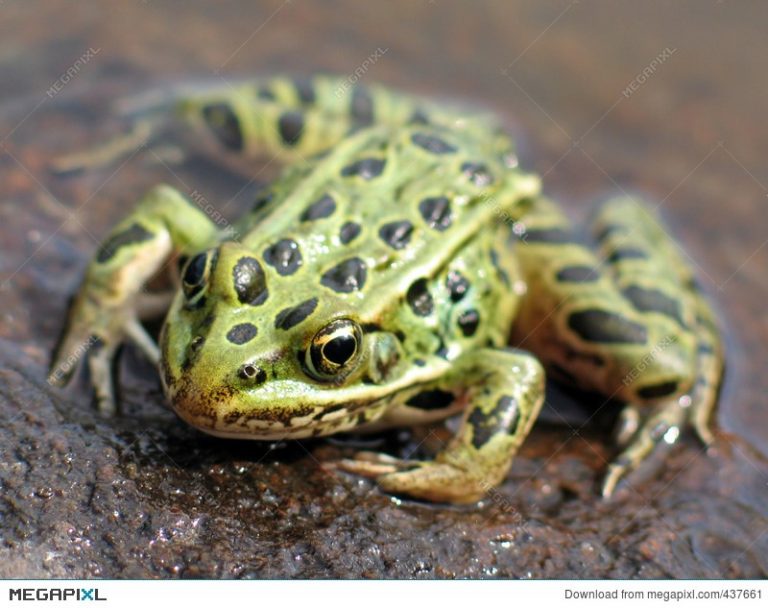 Figure 3. Tadpoles of the Southern Leopard Frog from the United States have to attain a critical body size before they can metamorphose. This can result in the tadpoles spending several years in one pond.