Home » How to conserve half the planet without going hungry 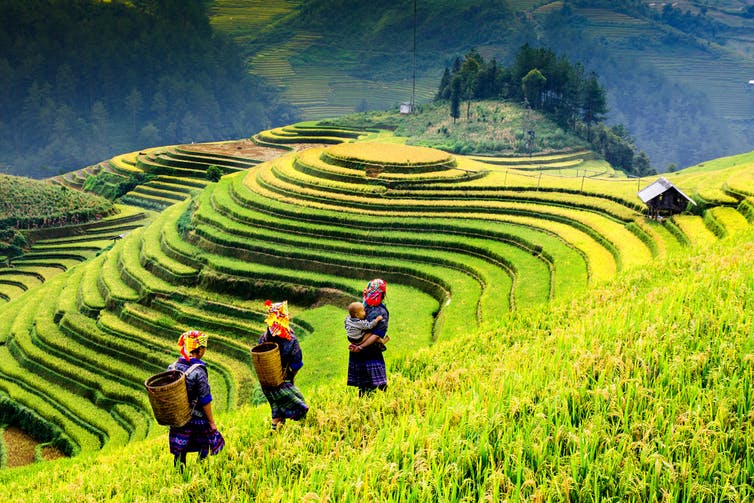 Every day there are roughly 386,000 new mouths to feed, and in that same 24 hours, scientists estimate between one and 100 species will go extinct. That’s it. Lost forever.

To deal with the biodiversity crisis we need to find a way to give nature more space — habitat loss is a key factor driving these extinctions. But how would this affect our food supplies?

New research, published in Nature Sustainability, found it could mean we lose a lot of food — but exactly how much really depends on how we choose to give nature that space. Doing it right could mean rethinking how we do agriculture and conservation altogether.

OK, but how much space are we talking about here?

There have been numbers flying around since the early 1990s. Some researchers say a quarter of all the space on earth, while others say three-quarters of all land and sea. Those in the middle ground, however, seem to suggest one half.

Leading scientists are increasingly endorsing the figure, including natural scientist E.O. Wilson, who wrote a book on it, and the former chief scientist at the World Wildlife Fund, Eric Dinerstein. These individuals are mobilizing funds, researchers, computing power and social capital to see what it takes to achieve this vision — through their organizations, The Half-Earth Project and Nature Needs Half.

The idea might seem crazy, but then again, maybe we need crazy ideas to get us to think about the better world we might be able to create.

And there is something about handing over half of the planet to nature that has an air of fairness to it — well, on the side of nature at least.

The reality is, most people would likely want to help save other species too (aside maybe from mosquitoes and some other pesky creatures). The upside seems massive and obvious — not in the least that our children will be able to enjoy these beautiful beings for generations to come.

But is it possible to conserve so much land and still feed everyone?

Agriculture and settlements already cover 37 per cent of the Earth’s ice-free land, so it’s difficult to see how we could set aside half the planet in a way that honours the needs of other species, without losing some of our agricultural lands.

Dinerstein and his colleagues found that some locations, such as the Midwest United States produce so much food that it would be “delusional” to even suggest returning them to nature.

But previous research didn’t quantify or map the scale of these trade-offs at a fine enough resolution to identify what’s really at stake.

Our new research did just that.

It found that conserving habitats for other species could cost up to 29 per cent of the calories we currently produce from our food crops. But it also found that these food losses can be minimized to as little as three per cent depending on how that land is allocated to conservation.

If people manage landscapes so they are shared between agriculture and nature conservation — and make agricultural landscapes more kind to other species — it may bring effective results while avoiding large losses in food availability.

The trick here is making our agricultural landscapes less hostile to other life. This is no small ask.

At the country scale, the study identified places where food losses would be large, including India (22 per cent) and China (12 per cent). These two countries have the greatest number of undernourished people on the planet, 195 million and 134 million respectively. It also identified other areas, such as in Indonesia, that may be less available for conservation than previously thought.

Clearly, conflicts between nature and agriculture need to be navigated carefully. Protecting the world’s most vulnerable, malnourished and food insecure populations must remain a priority. And synergies between conservation and poverty reduction need to be the primary focus.

But it isn’t all bad news.

The study also showed that giving half the planet to nature could increase temperate and tropical forest cover by 30 to 40 per cent, which would help tackle climate change and so likely reduce the agricultural losses from extreme weather.

What’s more, giving nature space might increase aspects of biodiversity important for crop yields like bees — boosting the amount of food we can produce in a given area — and help to offset some of the losses that might come from conservation.

Paula Ehrlich, the president and CEO of the E.O. Wilson Biodiversity Foundation and head of the Half-Earth Project, shared her thoughts on the scientific study:

“Identifying where conservation areas can protect the most species is key to reversing the species extinction crisis and ensuring a healthy planet for all of life, including people. Once identified, conservation protections must integrate into their planning and management systems the cultures and economies of Indigenous peoples, who are de facto the original conservationists.”

There can be little doubt that the idea of giving half the planet back to nature is visionary and aspirational. We think these new findings have important implications for how humans see their needs against those of other species.

The authors gratefully acknowledge the contributions of Carly Vynne Baker and Eric Dinerstein to the writing of this article, and Paula Ehrlich for her comments.