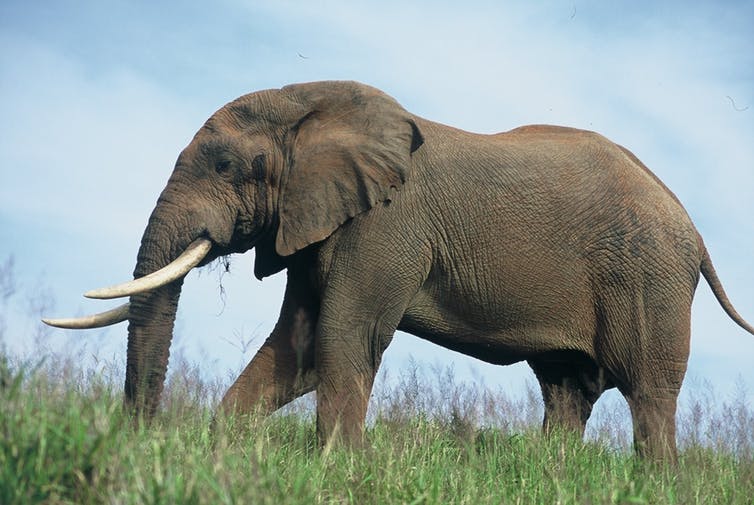 The translocation of wild animals is becoming an increasingly important conservation strategy and is happening more and more frequently around the world.

The Australian Wildlife Conservancy has translocated 20 species (13 of them threatened) to its reserves around Australia. Similarly, the Conservation Land Trust in Argentina has translocated a suite of native mammals including the giant anteater, tapir and jaguar to restore the Iberá Wetlands in Corrientes Province. The Red Squirrels Trust Wales is restoring the Ogwen Valley by eradicating invasive grey squirrels, and translocating native red squirrels and pine marten.

Translocations have become more frequent in Africa, too; elephants are the biggest animals to be moved. In places where species have historically been wiped out, but where managers have now removed the causes of those declines, translocation is an important tool.

One of the biggest elephant translocations ever undertaken is underway as part of an attempt to rebuild Mozambique’s elephant population. The global mining company, De Beers Group, has initiated a project to move 200 from their nature reserve in northern South Africa to Zinave National Park in Mozambique – a distance of 1500 km. The process has already started and will take place over a number of weeks. The team managing the move is hoping that all 200 will have be in their new home by the end of August.

How it’s done
The movement of elephants is a major mission.

First, helicopters are used to direct herds of elephants to a capture area so they can be darted from the air. Once that’s been done, the elephants are dragged (or coerced) onto semi-trailers for transport. The long journey to their new home then begins.

For 200 elephants, this sounds like a monumental task. But South African conservation managers have vast experience with wildlife restoration projects on this scale. As long ago as 1979, 6000 animals (including elephants) were reintroduced into the newly established Pilanesberg National Park. In 1991, Madikwe Game Reserve took the title of the world’s biggest translocation when 8000 individuals from 28 different species, including elephants, were translocated.

Lessons have also been learnt over the years. The elephants translocated to Pilanesberg were youngsters orphaned following culling in Kruger National Park. These youngsters grew up in the absence of adults and the unruly males ended up attacking and killing rhinos. Once adults were returned to Pilanesberg (and the offending elephants were removed), this aberrant behaviour ceased. Now entire herds are translocated, including adult bulls.

For decades elephant populations in South Africa’s Kruger National Park were held in check by culling. Rangers would shoot entire herds to keep numbers in check, and mobile abattoirs would fleece the carcass and give or sell the meat and products. But this was stopped in the 1990s.

Since then the elephant population in Kruger has more than doubled and there are concerns that they are damaging the park’s vegetation to such an extent that other wildlife species are going extinct.

Translocation has been increasingly used to manage this growth in numbers – not just in Kruger but in reserves across the country. Until recently, elephants were moved to establish new populations elsewhere in South Africa. But this option has started to run out because almost all reserves are now well stocked. As a result, South African conservation managers have begun to look elsewhere.

Mozambique’s elephant population was decimated during decades of civil war. With the return of peace, and better governance and security, wildlife populations can be restored in a number of different places. Because elephants are such slow breeders, populations in Mozambique have not returned to their previous levels. As a result, translocation and dropping the fences between Kruger in South Africa and Parque Nacional do Limpopo in Mozambique are being implemented.

Translocation for the future
With the swathes of free space in the world and the improved ability to manage threats to species, translocations should become more common as a way to reverse the wildlife declines humans have caused.

But government conservation agencies don’t take part in translocations as much as they should because they’re risky operations. It’s time governments reviewed their approach to active and innovative conservation interventions and show that they’re prepared to take risks to improve the bleak plight of the world’s biodiversity.