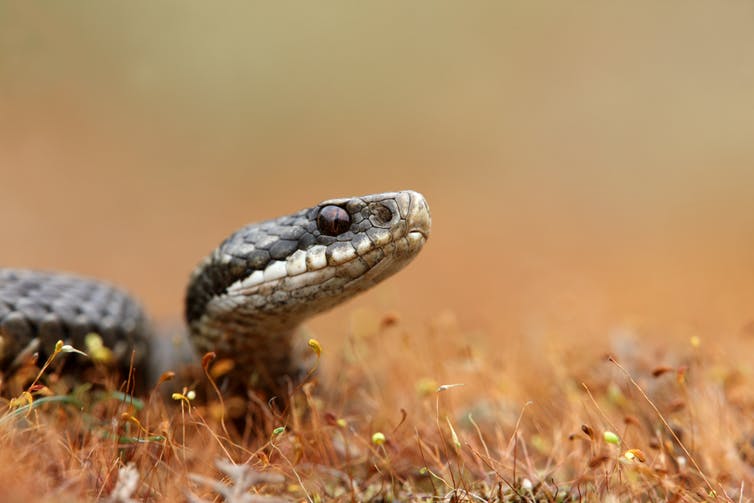 George Orwell, upon returning from Spain in June 1937, remarked that what made England distinctive was the green of its landscape. Anyone currently making this same journey could be forgiven for thinking they were still on holiday, as the endless weeks of hot and dry weather have combined to produce a countryside as parched as that of the Mediterranean.

Flora and fauna in the UK have evolved in a temperate climate and as such, most are adapted to a higher level of rainfall and cooler temperatures throughout the summer. As a result, drought can be fatal. If there is enough water though, the hot weather means that plants and many insects progress more quickly through their lifecycles than they normally would. So organisms race ahead in development as long as the water supply holds out.

However, the biggest stress that the exceptional weather has placed on wildlife this summer is the drought. Only 6mm of rain fell in England during the first half of July and the UK received only 48% of the average rainfall it usually has in June. Although difficult to predict due to the complex web of interactions that make up ecology, this dry spell is likely to leave its share of winners and losers among British wildlife.

One area of the country that’s enjoying the weather is the Wigan Flashes nature reserve in Lancashire – where shallow lakes teeming with aquatic life have formed in the aftermath of mining subsidence.

In summer, these lakes are often plagued by algal blooms of microscopic plant life that strip oxygen from the water as they decay. Usually, the warmer weather might have made these worse. But this year, the larger aquatic plants of the lakes flourished and crowded out the sunlight before the algal blooms could appear. Without so much algae around to decompose, the oxygen level in the water remained high.

This allowed water fleas to thrive, providing abundant food for fish like perch and rudd, which then found their way into the gullets of birds like the common tern, which are likely to have a good breeding year. It would have taken a brave armchair naturalist to predict these chain of events.

For insects, the general view is that the hot weather has been a boon. Most winged insects like butterflies and bees are reluctant to fly in cool or wet weather and the heat has resulted in excellent numbers on the wing in the past.

That’s good news for insectivorous birds like swifts and swallows and reptiles like the common lizard and adder who’ll benefit from the glut. Reptiles are at the northern limit of their range in the UK as they need hot weather to regulate their core temperature, so this summer’s heatwave will be very welcome.

The North Wales coast has seen good numbers of dark green fritillaries, grayling and brown argus butterflies. However, while the general picture for butterflies is good, these species depend upon plants both as a nectar source and as somewhere to feed their larvae. While many insects can move between plant species for nectar, the larval host plant is specific for each species. If this host plant is struggling without water then the larvae will have nothing to feed on.

This is particularly true for rarer, highly specialist species that depend on one particular plant for their larvae like the brown argus butterfly, which would be threatened by any withering of rock roses in the present heat.

The losers and the usurpers

Species in high altitude habitats like hills and mountains are adapted to cold, wet summers. Butterflies again provide a good example. For instance, the mountain ringlet is a small insect restricted to the Lake District and the Scottish Highlands. Its brown body is adapted to eking out any heat from the rare rays of the sun, so in this weather, overheating is a threat.

Likewise, rarer alpine plants are at the edge of their range and already restricted to north-facing slopes. The summer will have exacerbated their struggles even further given their physiology is adapted to cold conditions – too warm and they cook. The effects of climate change may become more pronounced as northern species at their southern limit retreat.

Amphibians like frogs and toads may also stage an exodus to cooler climes. Although the insect boom might have helped with their food supply, in the drought it will have been a challenge to avoid drying out.

Even more drastic are the moorland fires that have raged as the dry weather means that vegetation is flammable. The most extensive fires have been those seen near Manchester.

The intensity and duration of the fire will have destroyed the seed bank, meaning that the newly burned areas are likely to be colonised by pioneer species, that means weeds to gardeners. These are tough, rapidly growing species that are easily dispersed such as rosebay willow herb and thistles – so expect some brightly coloured formerly burned hillsides in 2019.

Even without the calamity of the fires, this group of plants are likely to benefit given their high seed stores, easy wind-based dispersal and their capacity to occupy any open ground left by the disappearance of more specialist species.

These opportunistic coloniser plants are the long-term beneficiaries of this summer’s exceptional weather. After the heat has subsided, the changing make up of Britain’s moorlands will be an enduring reminder of the heatwave and its consequences.

Header Image: Smiles all round for Britain’s adders. Credit: Shutterstock.