Home » Our tribal nature – are we dissolving our tribes? 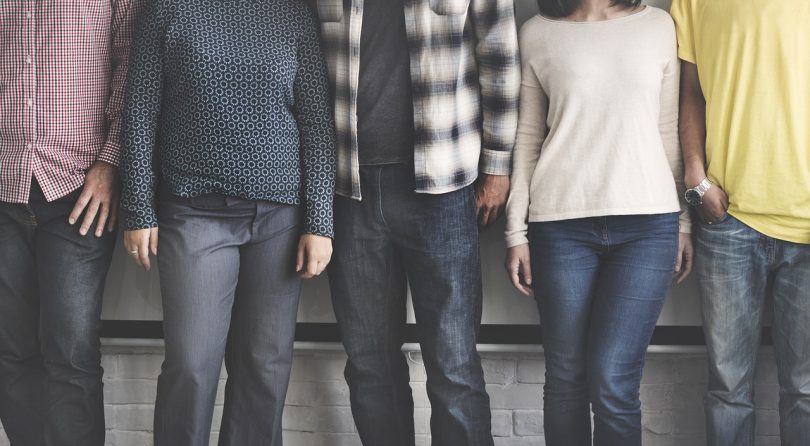 The term ‘traditional conservation’ has stood out to me repeatedly over recent years. The more times I notice it, whether in separation (as opposed to ‘in relation’) to rewilding or natural capital, I start to get the feeling that tribes are crystallising within ‘our sector’. So I started searching. In conversation with my colleagues and friends there were definite tribal identities emerging. These identities can relate to ‘other’ organisations and initiatives, those that are bigger, newer, more activist in approach, less evidence based, more evidence based or better funded. Then there was the tribal landscape of the commercial ecologist and the academic researcher. Furthermore there is the longstanding differentiation between the professional and the amateur volunteer, which defines activities such as biological recording. Everywhere I looked, we have been separating ourselves from one another for decades. And for very good reason — a tribal mentality in all shapes and forms has served to create the human society that we see today: the good, the bad and the republican. See? I am at it again! We’re always seeking allegiance; it is human nature to forge an identity framework.

What does this framework serve to do? Without it, some of the monumental changes in our attitudes to injustice whether it is environmental, racial, humanitarian, gender related, political or social, would simply not have occurred. The environment in particular has benefited from those individuals and tribes that want to stand up, campaign, rally, expose, prosecute and ultimately defend, what is, in my opinion, the basis of life that is worth defending for all. In general it is thought that frameworks and identities help us but what if a framework serves only to limit a person/organisation/team/tribe, to fit and remain without change? In my search, I found an article by Gavin Saunders Chair of BANC (British Association of Nature Conservationists). BANC- another tribe perhaps, but one that proactively challenges the sector through thought provoking writing. For those who haven’t seen the journal ECOS produced by BANC and wish to consider some of the philosophical and challenging aspects of ‘our sector’ (more about that later), then I would urge you to take a look. ECOS is now open access and will be celebrating its 40th anniversary next year.

Martin Spray, long-term ECOS editor and adviser, started the conversation on tribes in BANC’s ECOS magazine, with an article that looks at the definition of conservation. Sometimes it’s the language that we use to define ourselves and our work that leaves the greatest mark. Following on from this, in Gavin’s article ‘Safety in Numbers’, he explores the very issue of these tribes. A moving piece that touches on the idea of us ‘knowing more than ‘they’ do’. I have experienced this uncomfortable ego state when I introduce a thirty-eight year old to a limpet for the first time last year. Or similarly, within my profession, I experienced the same kind of judgements rising up when sat opposite an old friend from university at a Public Inquiry; my employer providing evidence for Natural England, her employer defending the developer.

Gavin’s article explores the tribal and cultural origins of how we are today and how we might wish to review longstanding beliefs that limit our growth, understanding and connection in this cause. Gavin’s writing also alerts me to the fact that the tribalism isn’t just externally directed towards others. We create our own internal tribal limitations within, when faced with something new. For example, the fear that rises up in me when someone says ‘Don’t you just use R for that?’ is palpable.

So what if ‘our sector’ slowly but steadily dissolved, thus permeating all other sectors? What if conservation or environmentalism, sustainability or ‘green’ just became mainstream or part of life? And by part of life, I mean business too. This is one of the deep rifts that still exists in conservation — the idea that business is ‘bad’. Now, I am often accused of too frequently donning my rose-tinted spectacles but nobody has a chance to change if they, their peers and audience believe that they can’t. I have certainly learned this from parenting. For some reason we are all more comfortable for a massive Blue Planet II-induced shift in public awareness but there’s still the deep set mistrust, and rightly so, that business isn’t such a wholesome place to place our hope.

It’s not a case of suggesting that we jump on every band wagon or believe every hi-tech solution, or worship every Monbiot, Musk or, dare I say Gove, for our environmental problems. Instead we could merely listen and look afresh at what could be yielded from considering a different set of tools. Some of these tools may indeed be traditional – such as priority species conservation techniques, but some may be classed as disruptive- a term that serves a purpose but might leave us with negative connotations, given the years spent at the coal face of conservation. After all, we’re a tribe that have been shouting about the environment for decades. Is there a chance that we, as a sector might be defending our knowledge too much and in doing so, are we limiting what might be possible?

From academics, conservation practitioners, volunteers to ecologists (commercial, NGO and public sector), we all work based on a love and compassion for the environment. It’s part of who we are. We carry out the research, , influence policy, submit data, raise the profile, work in partnership, inspire children, assess impacts, mitigate impacts, monitor impacts, report breaches, appraise risk and ultimately work on behalf of the environment. With the world changing rapidly around us, it’s useful to check our martyrdom meter- at any stage are we putting our history, our daily toil, our cynicism or our perceived ownership of the issues ahead of environmental prosperity and possibility? Excuse the tribal oxymoron.

About the Author: Katie Cruickshanks is Senior Data Ecologist at Butterfly Conservation- this follows roles in farming, policy and monitoring with Butterfly Conservation as well as 4 years as an Ecologist at a consultancy. Katie’s love of Open Source solutions in geospatial has led her to see the world of conservation in a different light- one where anything is possible… long may the rose-tinted spectacles be in fashion.

The views, thoughts and opinions expressed in this article belong solely to the author and do not necessarily represent those of the author’s employer.