Home » To win, conservationists must change their message 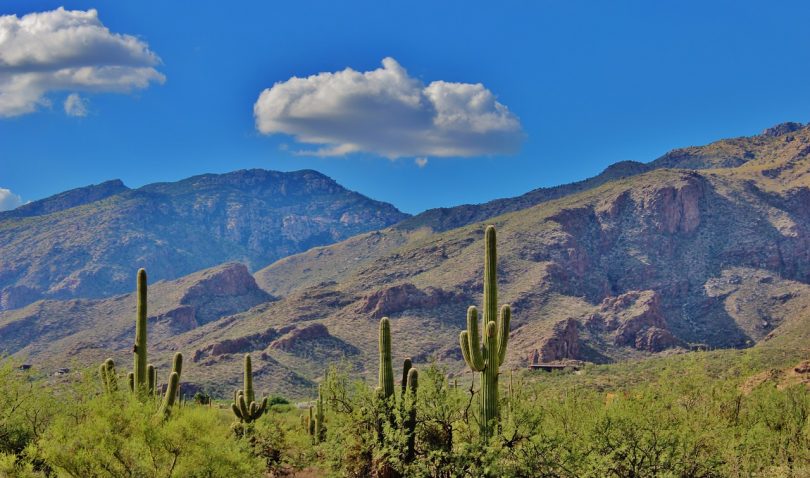 US based Kim Vacariu has been a conservation communications practitioner for the past 30 years. In this article he discusses the need for conservationists to overhaul the way they communicate their cause to others…

Conservationists cannot win based on the merits of their ideas alone. Nor can they win based on the current way in which those ideas are delivered to what is now the most important audience segment for protecting Nature: the “non-conservation voting public” (i.e. current and prospective voters who do not already choose Nature protection as a driver of their voting habits).

For conservationists to win the critical battles ahead, existing communications strategies will need to be substantially altered and expanded, and the movement’s internal culture modified. Unless a means to deliver truly new impressions that subtly justify pro-Nature voting actions to the non-conservation public is created — in a way that doesn’t require voters to abandon existing belief systems in order to take those actions — protecting current laws and achieving new long-term Nature-protection goals remains an endangered proposition.

Recent political results prove that Nature-protection concerns are a barely visible priority for today’s average non-conservation voters, a group wielding large influence in swinging election results, regardless of political party. As a result, conservationists stand in a familiar posture — backs against the wall — searching once again for a game-changing adjustment to strategies that might somehow provide enduring victories at the ballot box.

Before embarking once again on the standard, recurring search for what to say/how to say it, Nature protection advocates must come to grips with something they have never before fully understood, or at least not effectively considered. They must recognise that the “human condition” (the volatile situations of life that blend together to dictate how people feel and act) must be foremost in promoting desired actions. The threats Nature faces today can be partly blamed on this reluctance to craft conservation messages that are sensitive to the stark realities of people’s everyday lives. It follows that this reluctance is also a likely contributing cause for non-conservation voters casually electing candidates who at best ignore and at worst openly deride Nature protection.

The challenge for conservation messaging is that the volatile human conditions people deal with daily often seem to have nothing to do with Nature protection on their surface, even when they do. Explaining how seemingly unrelated human conditions like health and happiness connect to conservation needs is a traditional enigma that has plagued the conservation community’s communications efforts from the start.

It’s easy to say that animals will die if you take away their homes. But the current regretful state of the “human condition” prevents the voting population from logically equating the protection of wild animals and their habitats with at-home family benefits. If it did, politicians with overt goals of de-activating the agencies responsible for wildlife and habitat protection would not be elected. In the same way, the human condition does not yet allow for the masses to automatically relate the need to halt climate change with short-term family happiness or success — if it did politicians with overt goals of dismantling the agencies in charge of halting climate change wouldn’t be elected, either.

In order to succeed, conservationists will need to swallow some pride and admit that their ongoing efforts at corralling significant political power through existing communication/action campaigns have failed. The moment has arrived for the movement to unzip the flaps of its familiar tent and crawl outside to find the means to cast no less than a nationwide spell upon the hearts and minds of voters who have been unreachable in the past.

Today’s conservation messengers will no doubt question the validity of the above assumptions. They will point out that every “possible” messaging concept has been previously discussed, debated and sampled in thousands of hours of internal message development conference calls, addressed in hundreds of internal focus groups, and belaboured in countless papers and books written by in-house communicators. Yet, in truth, real human-condition-based messaging has only been dabbled with along its edges. And by continually restricting message creation to only members of conservation organisations and their friends, the opportunity for finding “home run” messages is being squandered.

Conservationists need to mimic how communication successes happen in the real marketing world. How to do that is, of course, the Sixty-Four Thousand Dollar Question. But there is an answer if practitioners are willing to hear it.

To get there will require major funding and an odd-feeling toning down of endangered species-protecting, habitat-connecting, planet-saving organisational messaging to the masses. Instead, the creation of new public conservation visions (in which the conservation movement’s internal vision is kept invisible) is in order. Specifically designed for unquestioned absorption by the rough and tumble menagerie of non-conservation audiences living in the real world, these visions are yet to be described. They will, however, mean good-bye to science-laden eco-dispatches and hello to memorable “jingles” or “memes” that, though foreign and probably gut-wrenching to the movement’s current communicators, could well represent the last best chance for “masked conservation awareness” to be implanted into the minds of even dedicated Fox News and Rush Limbaugh patrons.

In all fairness, conservationists generally do not have the on-board communications staff or financial capacity, and maybe not even the will, to thoroughly digest, fundraise for, and implement the drastic outreach changes that must be enacted in order to win majority votes. Further, these changes will probably take years to actually take effect once implemented. Then there’s the other reality: we might not have a few years to fix this problem.

Conservationists’ standard solicitation of messaging help, often provided pro bono or thereabouts from within supportive conservation circles, is apparently not the answer. The static and across-the-board lack of large-scale funding for unique conservation communications campaigns is clear evidence that a major problem exists. Who wants to fund something that has failed time and again? But enlisting that same messaging help from never-before-considered marketing/public relations/advertising resources in the non-conservation commercial business world now rears its head as a last gasp conservation communications goal. The current political atmosphere, saturated with cleverly disguised and very effective anti-conservation propaganda created by those same highly skilled entities, demands it.

The difficulty in updating years of sacred conservation messaging is, as noted, not due to conservationists’ internal inability to understand the need for change. More so, it’s due to the simple shyness of conservationists to make the jump to a substantial paradigm core shift in overall communications strategy that’s needed to make that change happen. Clearly, if public conservation consciousness is ever to be woven into permanent political power, the conservation movement must face its number one communications challenge — and possibly the only one remaining. Communicators must stop embracing strategies that ignore the human condition.

Increasing numbers of memberships and protesters is, of course, critical for NGO organisational and spiritual survival, but the current rate of increase in those numbers is far too small on its own to change the “nature-less” momentum of larger society. Something new and completely different has to be added to the conservation communications playbook.

Finding the will — and the funding

Ironically, top-level national marketing experts, who may personally care little about conservation but whose jobs revolve around creating completely “out-of-the-box” solutions to extreme marketing challenges, could become the champions of masked conservation awareness. A recent, endlessly-recurring national TV ad campaign to convince people to accept an expansion of oil drilling (American Petroleum Institute), which subliminally connects everything people love and need in this world to oil (with no mention of oil drilling itself), is a prime example of what a similar endlessly-recurring Madison Avenue-style campaign linking personal success and happiness to Nature protection could look like — without using a single sentence about saving wildlife, habitat, future generations, or the planet.

A willingness to completely revamp messaging to match that of oil and resource extraction campaigns, and to figure out how to convince cautious funders and donors to help pay for it’s creation are only two of the multiple changes that must be embraced by conservationists and environmentalists in order to win, but they should be at the very top of the to-do list.

Agreed, handing over vote-justifying conservation awareness campaigning to non-indoctrinated, profit-driven advertising executives in a last-ditch effort to abate today’s anti-Nature maelstrom, may seem like a Hail Mary moment. But in the end, the benefits of a messaging paradigm shift designed to influence non-conservation voters, no matter how nerve-racking or expensive for conservationists, would be well worth the effort. It may be now or never.

About the Author: Kim Vacariu is the former Western Director for Wildlands Network, where he led efforts by the 25-member Western Wildway Network to protect and connect wildlife habitat corridors stretching from Alaska to Mexico. Kim has been instrumental in organising new partner coalitions, elevating the recognition of habitat connectivity threats posed by the walling off of the US-Mexico borderlands, including organisation of the first Border Ecological Symposiums in Arizona. He also convened the first private lands conservation workshops in Arizona, and received the Federal Highway Administration’s 2007 Environmental Excellence Award for his work in creating Arizona’s statewide Wildlife Linkage Assessment. Kim was co-author in 2000 of the groundbreaking Sky Islands Wildlands Network Design – the first effort to publish specific science-based maps and implementation steps required for protection of core, corridor and compatible use areas within regional habitat networks. He has authored numerous articles and papers devoted to raising awareness of the importance of large-scale landscape connectivity. He served as Wildlands Network’s Communications Director from 1998-2000. Kim founded, edited and published the Steamboat Springs Review (Colorado), a conservation-focused newspaper that received that city’s “Shining Star Award” for community environmental service in 1996. Kim works from his home in Portal, Arizona, where he is a board member of Friends of Cave Creek Canyon and organises an annual “Heritage Days” event focusing on the importance of recognising wildlife and habitat as critical members of the local community.