Home » The importance of woodland management for dormouse conservation 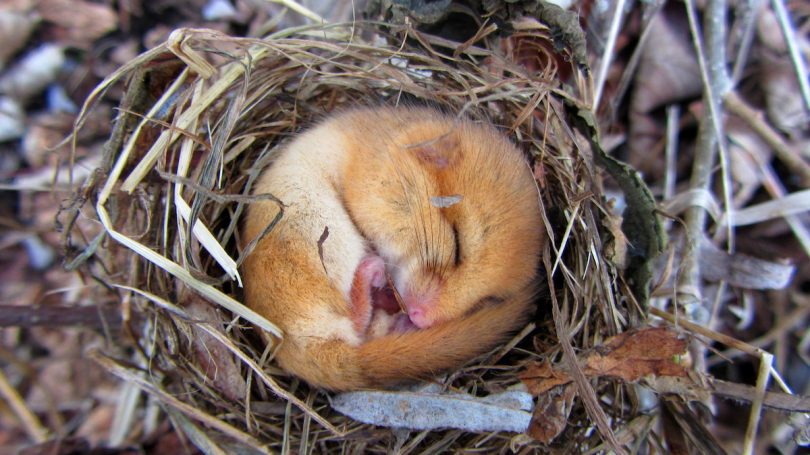 In a recent study, researchers led by the University of Exeter have highlighted the importance of woodland management for dormouse conservation…

Woodlands require management for a variety of purposes. Integral to this management is the consideration of protected and notable species such as dormouse, and the requirement to reduce or mitigate actual or potential harm caused by management activities; current measures are often based on incomplete information regarding the response of protected species to tree removal.

Populations of hazel dormouse in the United Kingdom have declined massively in the last thirty years. This decline is believed to be as a result of climate change and changes to woodland composition. Dormice are often associated with successional woodland habitat, therefore, appropriate woodland management is imperative to providing optimal conditions.

Using remote sensing data it is now possible to study different activities of dormice relating to both ranging and resting, and assess behavioural responses to environmental change. Through understanding habitat preferences, it is possible to predict outcomes of change.

Researchers looked at the ranging behaviour, preferences for tree species and vegetation structure of hazel dormice in two comparable woodlands located in Kent and Devon — focusing on the effects of tree felling. Dormice were tracked in areas where tree felling occurred and in areas where no tree felling was undertaken, as a control.

The sex of the dormice and site did not significantly affect the ranges or the mean distances travelled from resting sites. However, heavier dormice were found to use smaller ranges and didn’t travel as far from resting sites as lighter dormice.

The structure of vegetation was shown to strongly influence ranging behaviour. Dormice were found to prefer mid-height woodland habitat – 5–10 m tall – with low proportions of high forest – over 10 m tall. Preferential areas comprised edge habitats, internal edges between woodland stands, and external woodland edges – thought to be preferred due to increased light and warmth promoting fruiting and flowering, which in turn provides food for dormice (Juškaitis, 2007). Yew, rowan and hazel were favoured during ranging activity.

Areas selected by dormice for daytime resting had a greater proportion of 5–10 m trees, less variation in canopy height and a lower proportion of trees over 10 m. Resting sites were typically located within the core areas of dormice ranges, where protection from weather and predation is higher. 67% of natural dormouse nests were associated with old growth, highlighting the importance of retaining mature trees and old-growth features.

The study noted that populations may be more flexible in their habitat use when more or different habitats are available – the woodlands used in the study did not have an understorey layer. Bright and Morris (1992) found that dormice use different vegetation heights depending on the seasonal availability of food.

Tree felling was found to have no effect on the nightly distances travelled by dormice. However, in areas where trees had been felled, there was less evidence of a shift in ranging area for dormice than in unfelled areas. This could represent a ‘hiding’ response.

Tree felling in the study was undertaken for conservation purposes – commercial felling leads to much greater vegetation disturbance, habitat loss and fragmentation. Even so, the study notes that the noise and disturbance of small-scale felling is considerable. Surprisingly, the majority of dormice did not flee from the disturbance, suggesting that large-scale felling could have impacts on dormouse survival (Blumstein, 2010, Escobar et al., 2015).

The implications for conservation and woodland management that can be drawn from the study are summarised as follows:

The findings that dormice did not flee from small-scale tree felling could have survival implications for individuals and may need to be mitigated for. However, preferences for habitats that generate after tree felling and clearance, emphasise the need for active management in order to maintain optimal habitat for dormice. A trade-off may therefore be required between short-term negative consequences of forestry operations for individual dormice and long-term beneficial effects of management for dormouse populations.

Open-access article distributed under the terms of the Creative Commons Attribution License (CC BY 4.0).