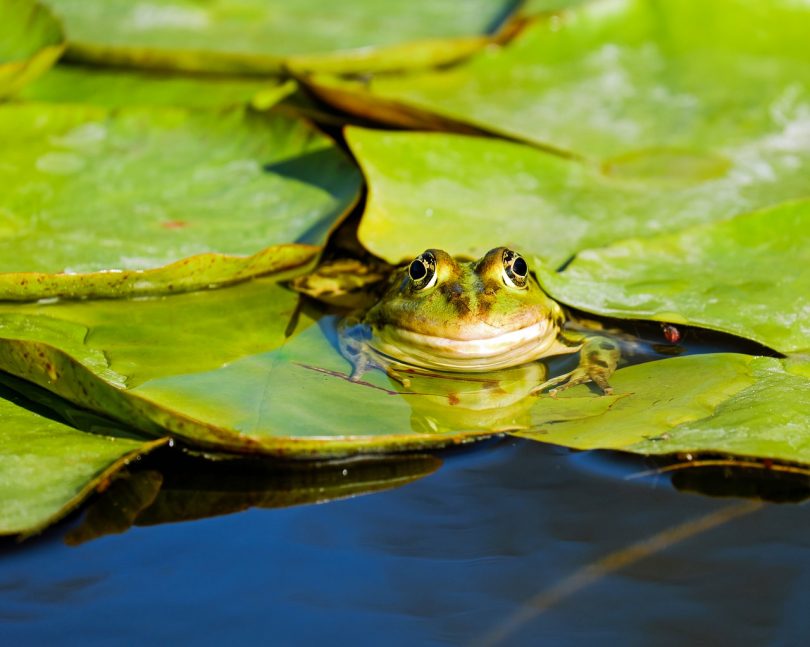 Laurence Jarvis (Head of Conservation at Froglife), takes a look at kin recognition in amphibians…

During the spring in temperate countries, tadpoles of frogs and toads often develop in a range of water bodies from small ponds to lakes. Swimming around in the open water, tadpoles are highly vulnerable to predation so in many species such as the common toad (Bufo bufo), tadpoles swim in large groups or shoals (Figure 1). By living in groups the tadpoles gain advantages such as decreased risks of predation and increased access to food. However, there are costs to group living such as an increase in the risk of transmitting infectious disease and intraspecific competition. Research has shown that tadpoles further increase the benefits of group living by associating with relatives, or close kin. If forming shoals reduces the risk of predation, then swimming with relatives who possess similar genes will increase the chances that these genes will survive to the next generation. The exact mechanism of kin recognition in anuran tadpoles is not clear but studies suggest that frog and toad tadpoles recognise each other through chemical cues (Eluvathingal et al., 2009). The persistent dense swimming shoals of tadpoles of many amphibians from the genera Rana and Bufo (e.g. wood frog (Rana sylvatica); common toad; and boreal toad (Bufo boreas)) have been shown to consist primarily of associations of closely related kin (Blaustein & Waldman, 1982). However, in the red-legged frog (Rana aurora), Schneider’s toad (Duttaphrynus scaber) and Günther’s golden-backed frog (Indosylvirana temporalis), tadpoles only exhibit kin recognition early in their development when they form dense shoals. As they mature, tadpoles disperse and kin recognition drops (Rajput et al., 2014). During late development the risks of pond desiccation are high and individual tadpoles seek isolated patches of water. Under these conditions the risks of suffocation through desiccating water is higher than the benefits of associating with relatives. Further to this, recent research has shown that the persistence of associating with kin varies considerably even within a single species. For example, larvae of the wood frog (Rana sylvatica) from North America exhibits kin recognition and individuals often choose to swim with relatives. However, Halverston et al. (2006) have shown that the level and occurrence of swimming with relatives is not consistent but depends on a range of factors including levels of competition, predation and parasitism. Tadpoles from two adjacent ponds exhibited different levels of association with kin due to localised differences in these factors (Halverston et al., 2006). This demonstrates that associating and swimming with relatives only occurs under certain environmental conditions and groups of tadpoles may show variations in their degree of kin association. 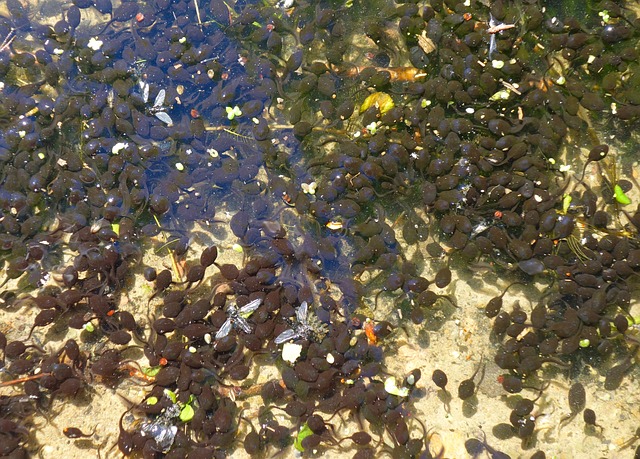 Figure 1: Tadpoles often swim in large groups or shoals for protection from predation.

Many amphibians within temperate zones are herbivorous. However there are a number of tropical species of tadpole which are carnivorous. This provides the opportunity for cannibalism to evolve where larger tadpoles may predate smaller ones within the same species. In these species it may be advantageous for tadpoles to recognise kin to avoid potential predation on relatives who carry the same genes. Research has shown that cannibalism generally occurs when the nutritional benefits gained from eating relatives outweigh the disadvantages such as risks of injury, transmitting infectious diseases and losing potential members of the same species who carry similar genes. As a result, cannibalism has evolved in some carnivorous amphibian larval species, but not others, depending on the environmental conditions and the relative advantages and disadvantages of consuming close kin.

Many tropical frogs in the genus Dendrobates lay their eggs in terrestrial habitats that are then transported by males to small water-filled water bodies formed in the axils of tree leaves (phytotelmata). Females of the poison dart frog Dendrobates auratus, only lay a few eggs per year, so the number of tadpoles developing within any given water body is low. In some species of Dendrobates frogs, the female lays non-fertile eggs into the water to feed the tadpoles. However, female D. auratus does not perform this behaviour so the tadpoles rely completely on external food sources e.g. fallen insects, for survival. Starvation within such small water bodies is very high and therefore cannibalism has evolved to allow some of the tadpoles to survive. In this species the larger tadpoles predate the smaller ones which provides additional nutrition which is crucial for survival. However, male D. auratus may bring tadpoles from a number of clutches so there is also the potential for kin recognition i.e. larger tadpoles may choose to consume non-relatives over relatives since the latter may share the same genes. However, experiments carried out by Gray et al. (2009) suggest this is not the case and that larger tadpoles indiscriminately predate kin from non-kin. The authors hypothesise that since food sources are so scarce for developing tadpoles then the benefits of individual survival outweigh the costs of losing genetic relatives.

Additional research by Poelman & Dicke (2007) has shown that in the poison dart frog Ranitomeya ventrimaculata, females exhibit a plasticity in where she lays her eggs, which depends on environmental conditions (Figure 2). In this species, like D. auratus, tadpoles are highly cannibalistic, consuming both kin and non-kin. At the beginning of the breeding season, when water-filled phytotelmata do not contain many tadpoles, the female will spread her eggs widely amongst different water bodies, avoiding those which already contain a tadpole. This reduces the chances that her eggs will get consumed by another tadpole (which may or may not be her own). However, nearer to the end of the breeding season, the female changes behaviour and actively starts laying more eggs in phytotelmata which already contain large tadpoles. Poelman & Dicke (2009) hypothesise that this is because at the end of the breeding season there are few free phytotelmata left and by provisioning those that already contain tadpoles with fertilised eggs, she is providing food to the tadpoles which may be her own. This sacrifice of eggs will indirectly improve the survival of her existing tadpoles, the eggs of which she laid early in the breeding season. This plasticity in behavioural response allows a greater number of tadpoles to survive when the risk of desiccation of water bodies is high. 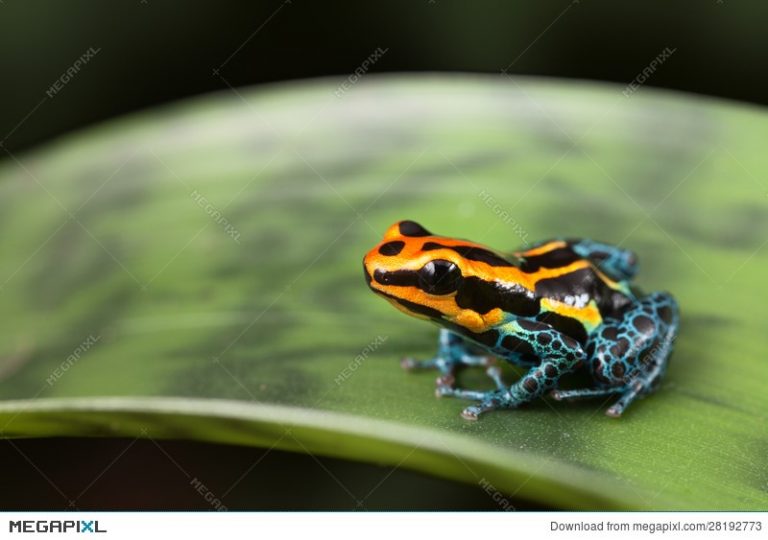 The green and golden bell frog (Litoria aurea) was once a common species widely distributed in south eastern Australia (Figure 3). It has also been introduced into New Zealand and surrounding islands. However, the extreme sensitivity of these species to the infectious chytrid fungus has been the major cause of the species’ decline in its native range and the species is currently restricted to small isolated populations. The tadpoles form groups where individuals gain protection from predators, increased foraging efficiency and better growth. Associating with relatives is advantageous since individuals would be indirectly protecting those carrying similar genes. Pizzatto et al. (2016) examined the behaviour of tadpoles of the green and golden bell frog in relation to kin recognition. The authors found that in the bell frog L. aurea, tadpoles did indeed distinguish kin from non-kin and thus formed shoals containing mainly relatives. The authors suggest the advantages to this species include increased growth and increased resistance to disease since related members are likely to carry the same disease resistance genes. 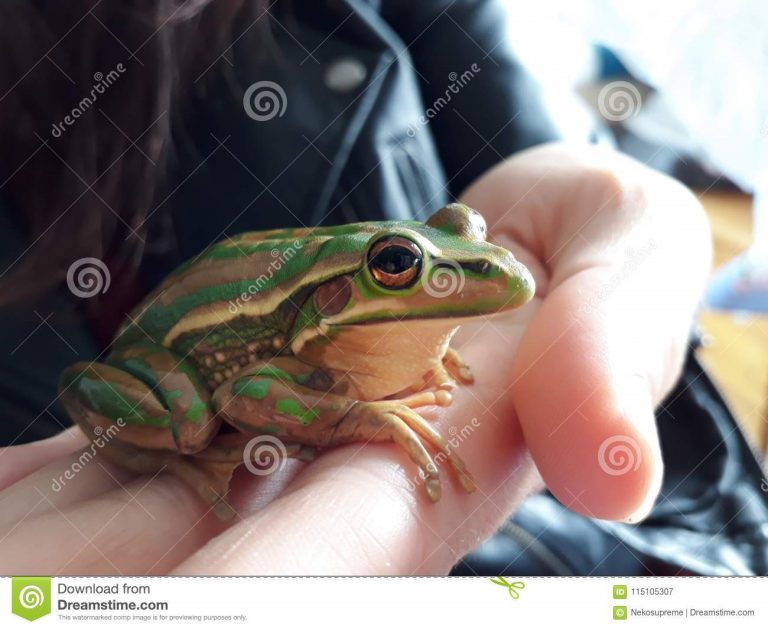