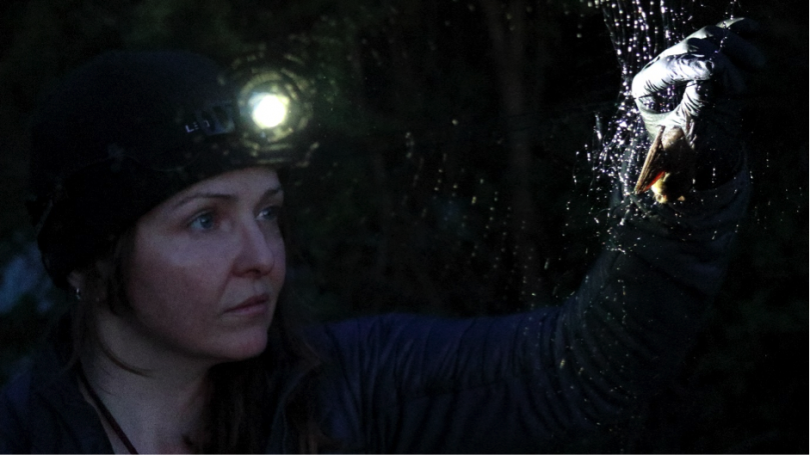 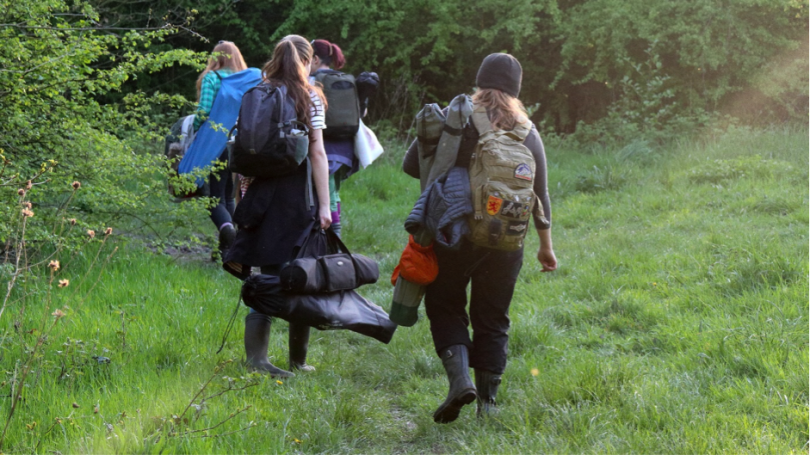 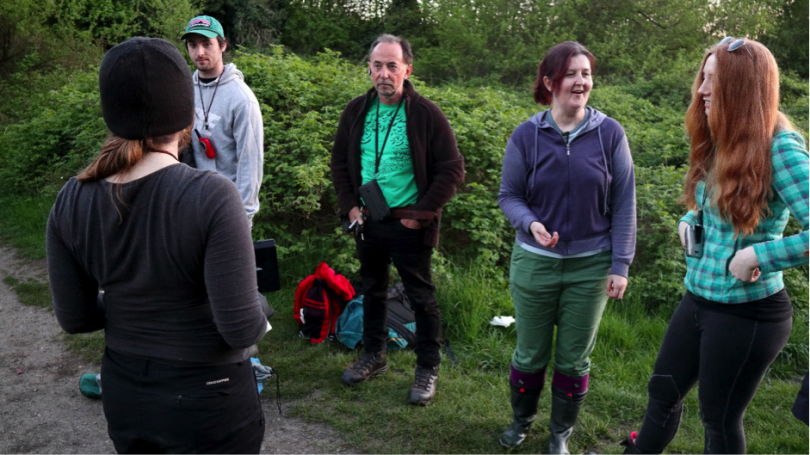 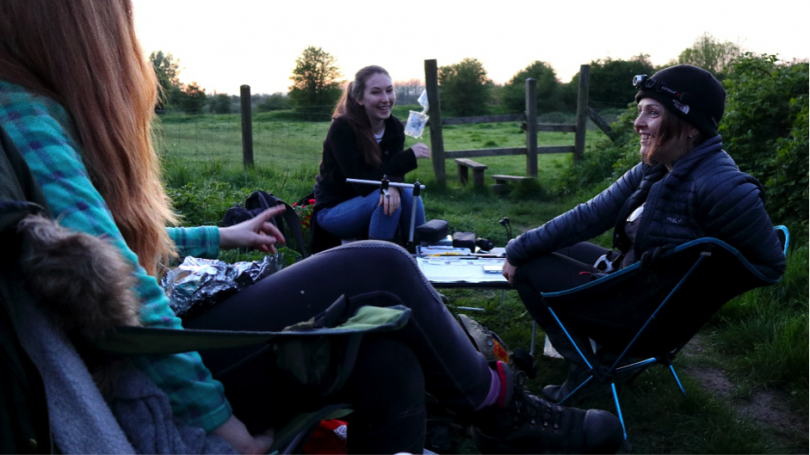 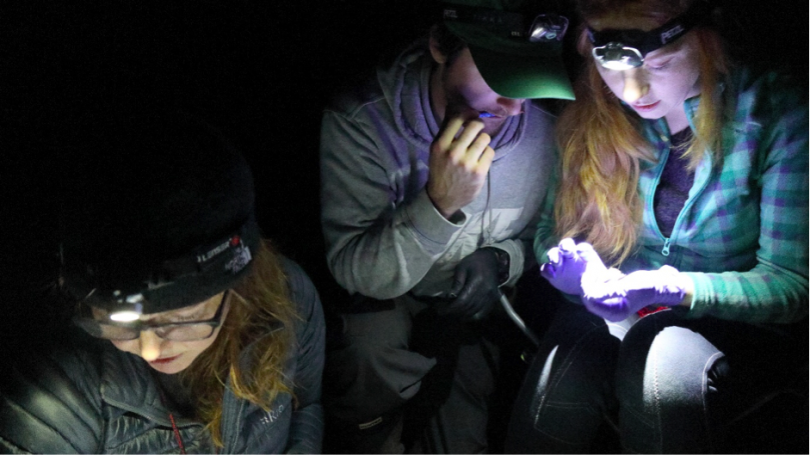 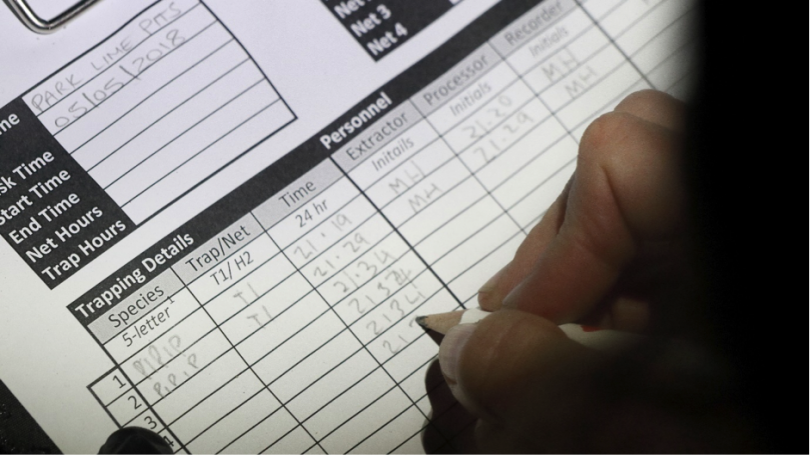 Figure 6: The second ever Brandt’s bat recorded in the county

Another significant step was the use of what we’ve been referring to as the ‘Middleton Trap’ – a specially-designed frame for catching bats over waterways, designed by Neil Middleton (@BatAbility). The trap was a huge success, and we’ve managed to establish that all male Daubenton’s bats caught were heading west, towards a series of pools, whereas females were an even split between east and west. It’s a small data set, but a tantalising glimpse into behaviour, which we’ll investigate further in the summer season.

Figure 7: Mike Ryan with the Middleton Frame that he built for the project

Alas, now we have an 8-week break to allow for the bat maternity season (and not a moment too soon, as the first pups born were reported this week.)

Our project licence (as well as good practice) stipulates that no trapping should occur between the beginning of June and mid-July, but this may shift by a couple of weeks if pups are born late because of protracted winters. Ergo our summer hiatus.

So, what do we do while we wait?
Well, we’ve already started. We’ve installed static Anabat Swift detectors at two former limestone mines to monitor activity for a period of 12 months. We’ve analysed the first two weeks of data from one of the detectors and it’s already giving up the secrets of the mine. The graph below shows activity of bat calls within the cave (the blue line represents those identifiable as Daubenton’s bats, although it is likely that all these calls are the same species – in the case of calls that could not be confidently identified to species level, I recorded them as ‘Myotis sp.’ – the orange line). 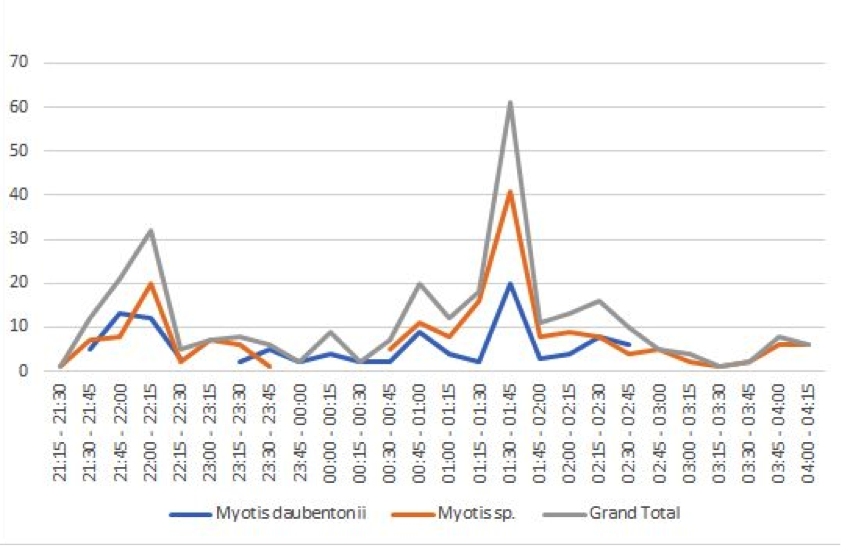 Figure 8: Activity within mine

The first peak in activity takes place approximately 1 hour after sunset. This is textbook pre-emergence activity timing for the species and indicates that the bats are probably roosting within the mine. (This time of year, it is also a distinct possibility that it is a maternity roost – we will know if calls and numbers significantly increase in July). The second peak corresponds to bats returning to the roost between 4 and 5 hours after sunset. The fact that this peak is taller is not a representation of more bats being present, but rather of more calls being recorded – these bats are socialising and aggregating before going to sleep. We can tell this because the latter calls are dominated by those with the sonogram profile of ‘social calls’ and are noticeably different from ‘normal’ echolocation – take a look below. 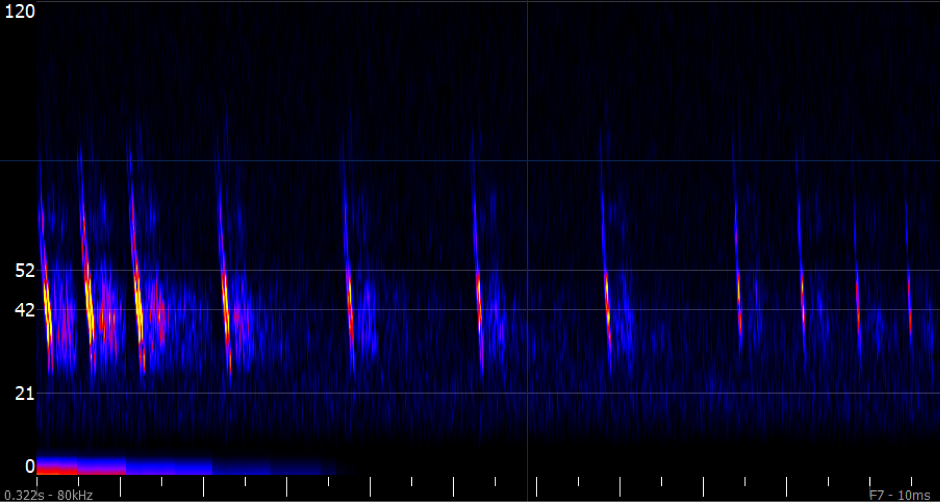 Figure 9: A ‘normal’ call from a Daubenton’s bat 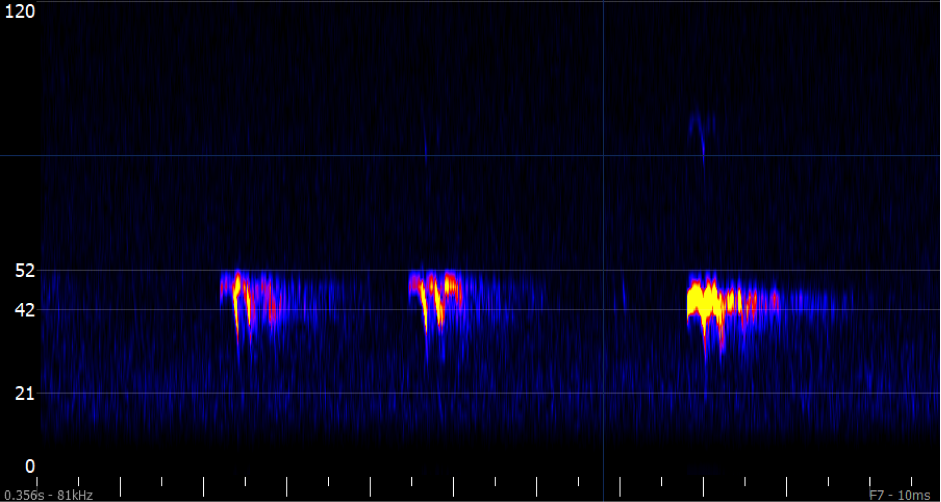 Figure 10: A ‘social’ call from a Daubenton’s bat

We’ve learned a lot from just 2 weeks of data and can’t wait to see what the next 12 months will tell us. We’ve also obtained environmental data from within the mine. We are using Tiny Tags (@tinytag) to monitor temperatures within the mine, which at present are a stable 9.2 degrees Centigrade. Stable temperatures are what determine whether a mine or cave is suitable for bats to take up residence either during summer or for hibernation.

In addition to static monitoring, we’ve got lots of emergence and activity surveys planned, which I’ll update you on next time, so watch this space!