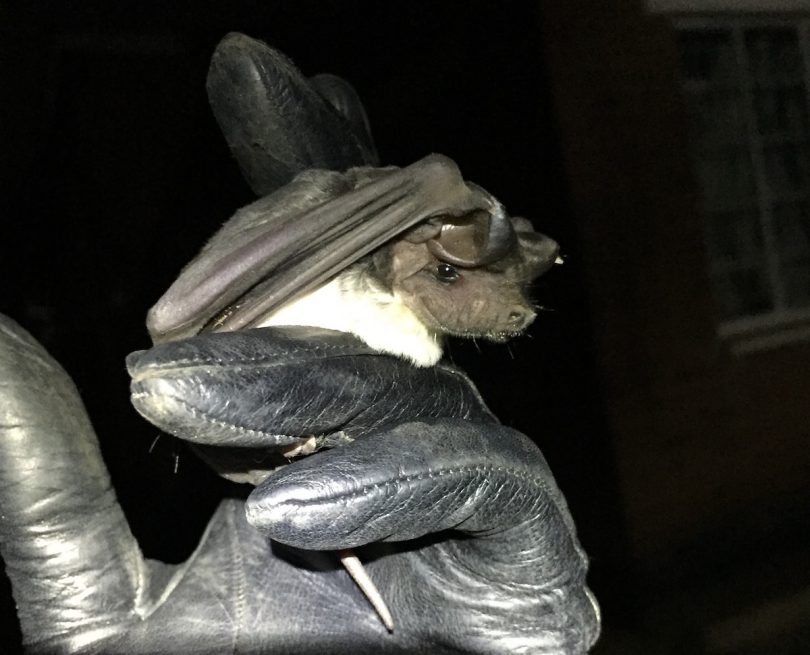 In this article, Amelia Reddish and Angelena Efstathiou discuss their research project, which addresses the issues associated with humane control measures for bats in Malawi, Africa…

Loss of natural habitat and an increase in urbanised landscapes has caused population declines across a range of taxa, even leading to species extinctions. However, some species have adapted to these new resources and niches provided by urban habitats. Therefore, humans and animals are coming into closer proximity, which can lead to human-wildlife conflict. Many bat species have adapted to roost in manmade structures, including houses, yet for many species, little is known about their roosting requirements. This is true of the white bellied free tailed bat (Mops nivieventer).

Human-wildlife conflict is on the increase, particularly in parts of Africa and Asia where urban areas are rapidly encroaching on natural habitats. Conflict can arise due to a number of reasons such as personal injury, death, disease transmission, property damage, loss of crops or livestock and cultural fear. Studies on human-wildlife conflict are widely documented, however, there are relatively few studies investigating human-bat conflict. 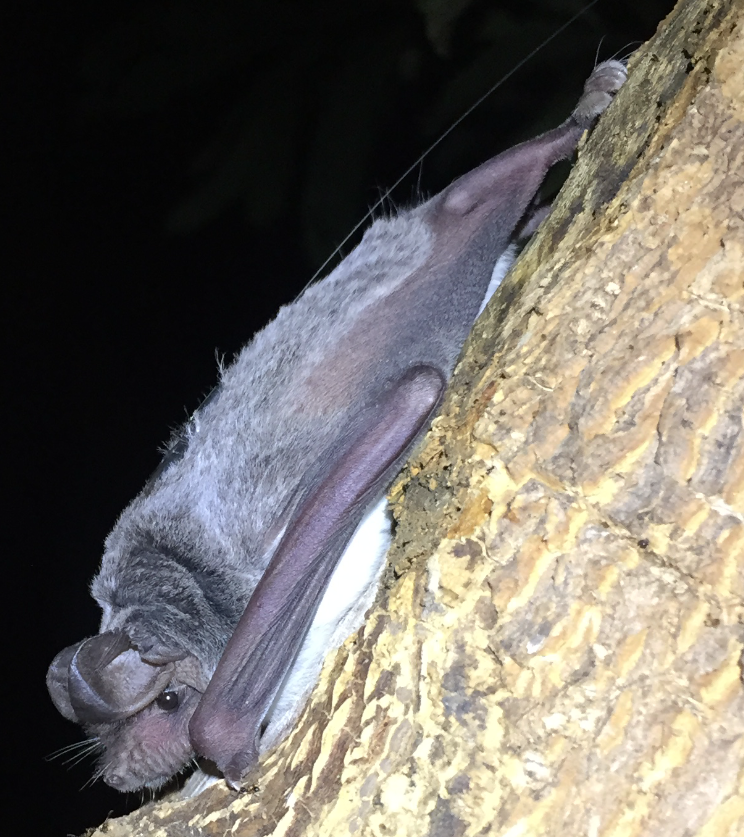 When humans and bats come into conflict, inhumane methods of control such as fumigation (which is used in Malawi) can result in mass mortality of whole colonies. Additionally, fumigation risks debilitating the bat rather than immediately killing it, potentially increasing the chance of contact with people. Inhumane control methods are detrimental not only from welfare and health perspectives, but also from a conservation perspective.

Despite human-bat conflict being a widespread and increasing issue, very few studies have attempted to evaluate the effectiveness of bat mitigation measures and much of the current advice is based on anecdotal evidence. Solutions to these conflicts are hindered by a lack of research into species roosting preferences and suitable mitigation techniques. Humane roost exclusion is one way of alleviating human-bat conflict and involves devices being fitted to entrance/exit holes that permit bats to exit the roost, but not re-enter. 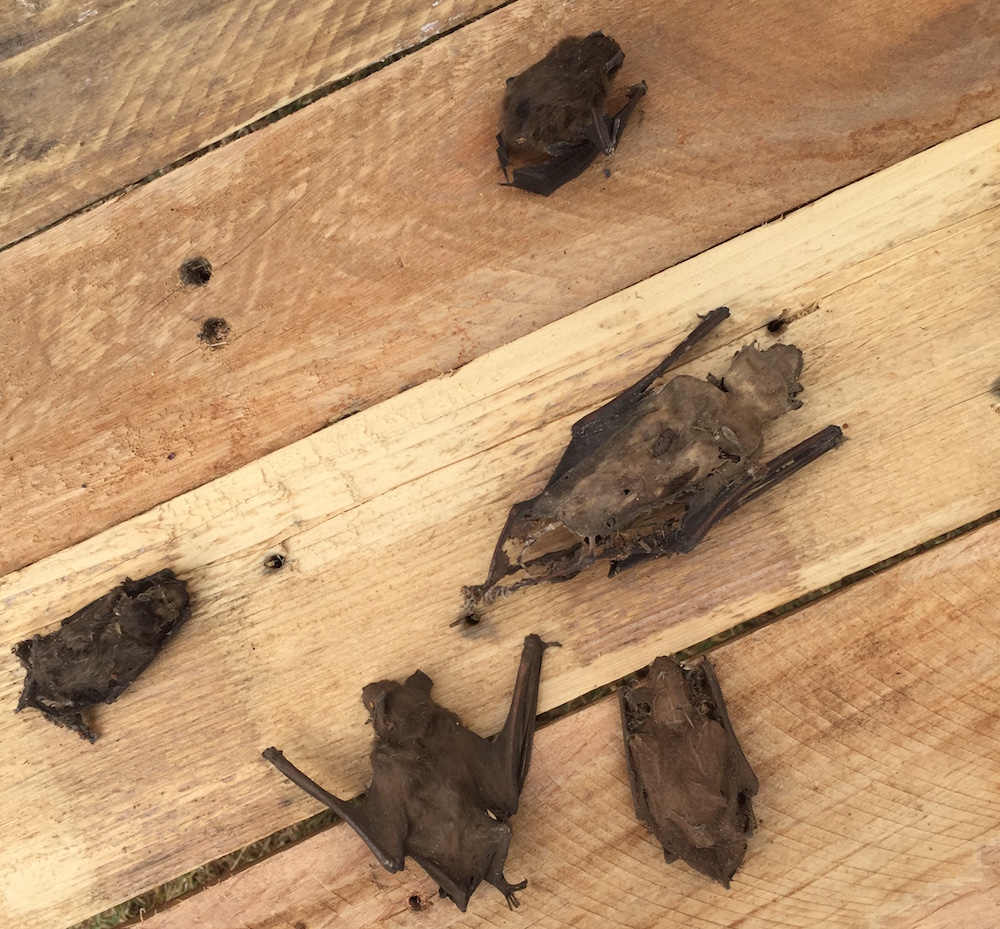 Despite humane exclusion being viewed as preferable to extermination, roost exclusions can be highly stressful and may have long-term implications on survival and reproduction. If exclusion causes the colony to fragment, this may disrupt social bonds or potentially increase the risk of disease transmission (such as rabies). The bats may struggle to find suitable alternative roosts post-exclusion and be forced to sub-optimal roosts.

Despite the wide use of humane roost exclusion, only three studies globally have investigated its impact on bats, none of which were in Africa. This study aims to evaluate the effectiveness of humane roost exclusion as a human-bat conflict mitigation measure. Based in Lilongwe, the capital of Malawi, the study focusses on the white bellied free tailed bat which is commonly found in urban areas across sub-Saharan Africa. 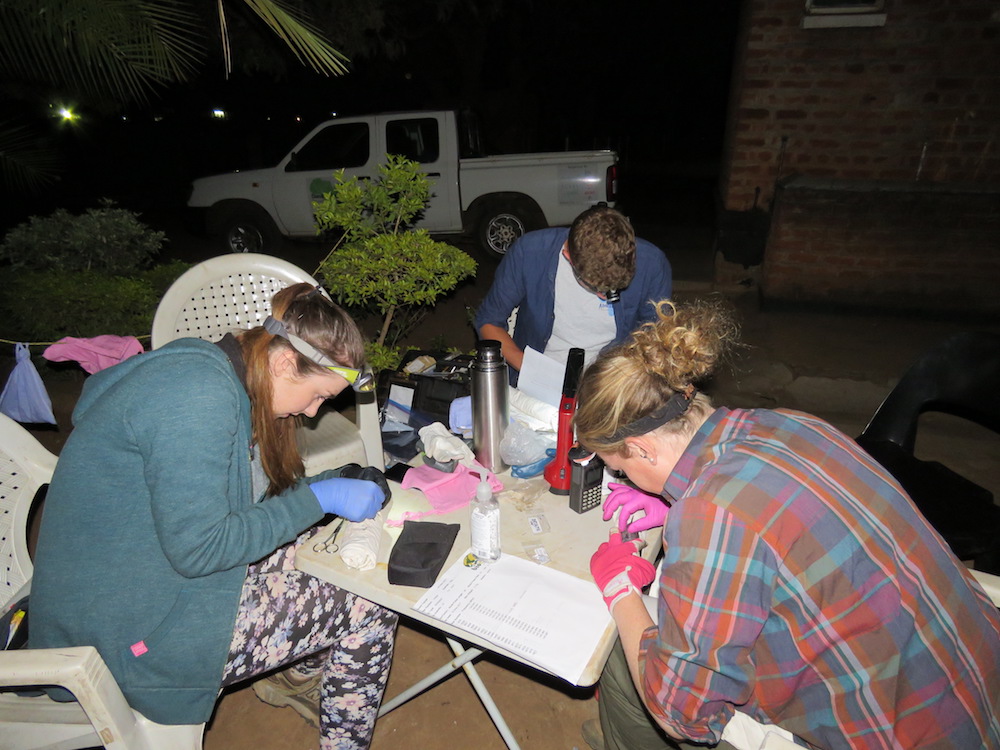 In Malawi, bat species have limited protection and several species are known to roost within artificial structures. These bats are often found roosting in houses, schools and medical centres, often causing conflict from their smell, droppings and noise. African Bat Conservation (ABC) are working in Malawi to conserve bats and offer humane roost exclusion as a way to alleviate conflict, which helps prevent whole colonies being lost to fumigation. Working alongside ABC, with Dr. Emma Stone, we aim to better understand the impacts of humane roost exclusions on the white bellied free tailed bats roosting and foraging ecology. This will be done using radio telemetry to determine whether roosting and foraging behaviour differs between pre and post-exclusion conditions. The study follows the methodology of Stone et al (2013), who’s research investigated the effects of roost exclusion on soprano pipistrelles in the UK. The objectives of this study are:

Last year we received funding from Bat Conservation International and Nottingham Trent University. We had a successful field season in 2017 and tracked (n=12) bats. This year we aim to go back to Malawi to collect more data on (n=15) bats to gain enough data to have robust scientific results. To do this we need to buy more radio tags and cover costs of our stay with Africa Bat Conservation. We aim to raise $6,448 in order to purchase the radio tags, exclusion equipment and petrol during radio-tracking. The researchers will personally fund their own subsistence and return flight costs between the U.K. and Malawi.

This will be the fourth study conducted globally on roost exclusion of bats and the first ever for Africa. Despite roost exclusion being conducted all over the world as a mitigation technique, very little is known about the effects on roosting and foraging ecology. We hope you can help us achieve our goal and help inform conservation techniques and protocols in Malawi. If you wish to contribute towards the costs of our project we have launched a funding page on experiment.com, which is an all or nothing campaign for science, similar to kickstarter.

About the Authors: Amelia Reddish received a first-class honours degree in Zoology at the University of Reading; an MRes in Animal Behaviour at the University of Nottingham; and recently graduated with an MSc in Biodiversity Conservation at Nottingham Trent University. In addition to her academic achievements, Amelia has volunteered extensively. Specifically with regards to bats, Amelia frequently volunteers with Nottinghamshire Bat Group and is currently training for a VBRB license.  Amelia is a registered bat carer with the Bat Conservation Trust, and aspires towards a career in research, hoping to undertake a PhD in the future.

Angelena Efstathiou is currently studying an MRes in Endangered Species Recovery and Conservation at Nottingham Trent University and is an ecologist at FPCR Ltd. Angelena is passionate about conservation and the environment, having worked for various environmental NGO’s over the last decade. She has also been an active member of Nottinghamshire Bat Group since joining and is now Chair of the Group. Angelena has five years of field experience with bats including the use of harp traps, mist nets, radio tagging, radio tracking and acoustic surveys. As an ecologist, over the last four years she has gained experience of internal and external surveys for bats and is a competent bat worker. Angelena leads on training activities for others through her various roles. Ever since her first bat survey, Angelena has become fascinated with them – despite making up a quarter of a mammal species there are still so many questions to answer about bats!