Home » Land of the lousewort: healing a broken landscape in the White Carpathians 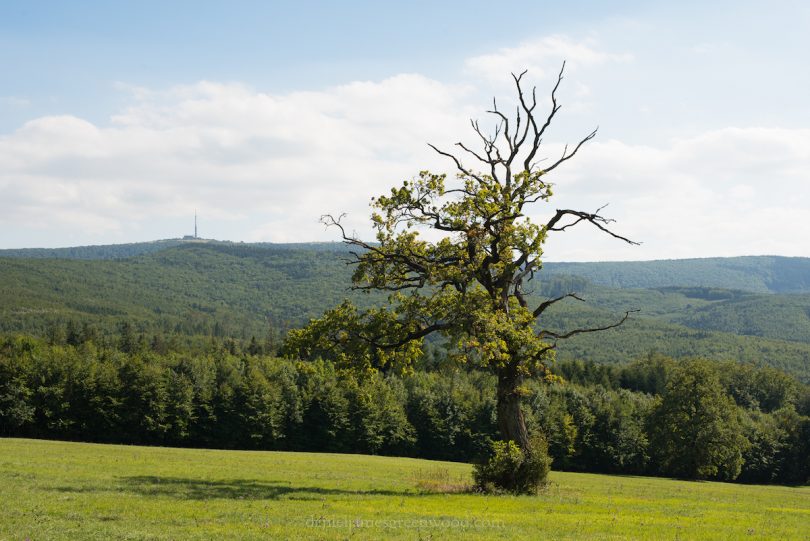 In September 2017 Daniel Greenwood visited the White Carpathians on the Czech side of the Czech-Slovak border. The White Carpathians hold wood pasture meadows with the highest plant diversity on Earth, per square metre. This is a landscape heavily impacted by people, but may be fairly close in composition to the pre-human ‘wildernesses’ of Europe. Here conservation efforts have yielded great success in preserving part of a once international wildlife corridor…

The sun beats down on the village of Vápenky and in the trees, high winds blow from over the White Carpathians. The sky is a deep, summer blue but in the orchards the colours of autumn are appearing. The meadows are dry and grain-coloured, red apples and green pears drop into the cropped grass.

We follow the forestry road through tall beech woods that stand like the framework of a cathedral incomplete. The wind lashes them but some stillness rests in the opening, low between the silver-grey trunks. The limestone quarry track bends up and over into a clearing where the forestry machines have deeply rutted the road. They have also cleared the trees but for one long, thin beech that stands alone, its bark bleached by the sun. 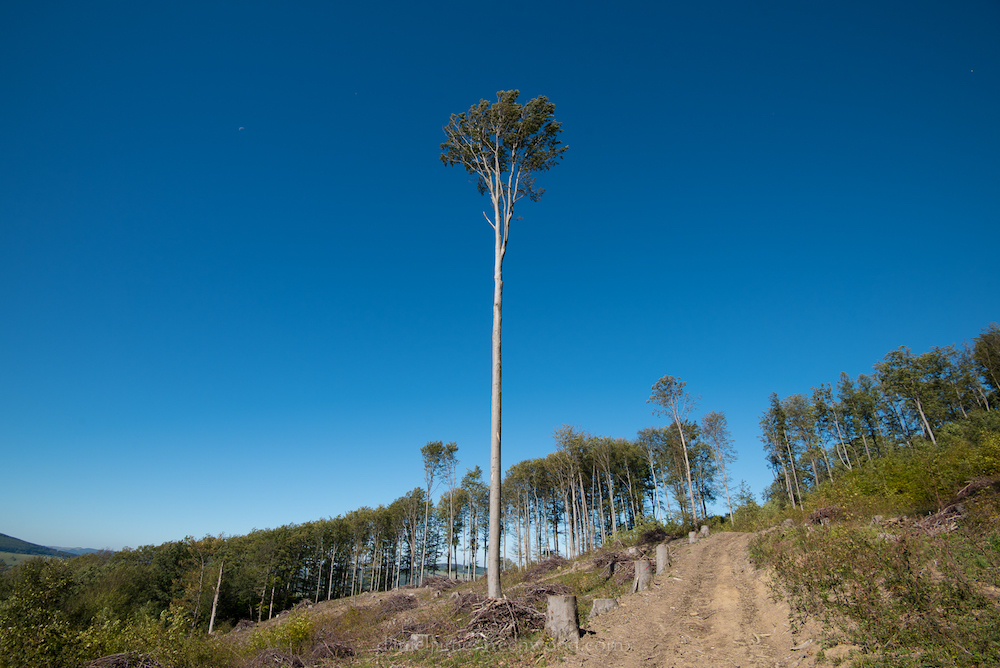 The landscape of a recently deforested area is shocking, wreckage. But this industry is one of the most important in the whole of Czechia. Many lives are sustained by it. Still, I wish we could find a way for horses to still remain an integral part – something I’ve seen in Romania – and that its culture was not so macho, chauvinist and driven by putting profit above good ecological stewardship.

The clearing of trees has opened up views of the valley, showing forested mountains and peach rooftops. For a country that is nowhere near as pious as its neighbours, Poland and Germany, each village or town has a church, climbing above all else.

We are looking for a nature reserve called Porážky but our map failed to show the road we were taking some time ago. We speak to a Czech woman heading down a track with freshly picked parasol mushrooms in her hand. She points us back up the trackway, fingernails cut and painted indigo, her hair dyed reddish-brown.

The end of forestry land is always marked by a boost in tree diversity. Here hornbeam, a tree of no forestry value, grows. So too hazel, oak and small-leaved lime – the Czech national tree. These are all species of the pre-industrial forestry age, wildwood species of great use to human hand and hearth, but not the modern machine.

Light breaks through the edging of broadleaved wood to reveal grasslands and the sky atop the hill. Again the wind gusts. Reaching its top we enter Porážky, the protected area of wood pasture we had hoped to find. The landscape is cropped grass and single oaks. You would have not the slightest idea that these are the richest meadows on earth. 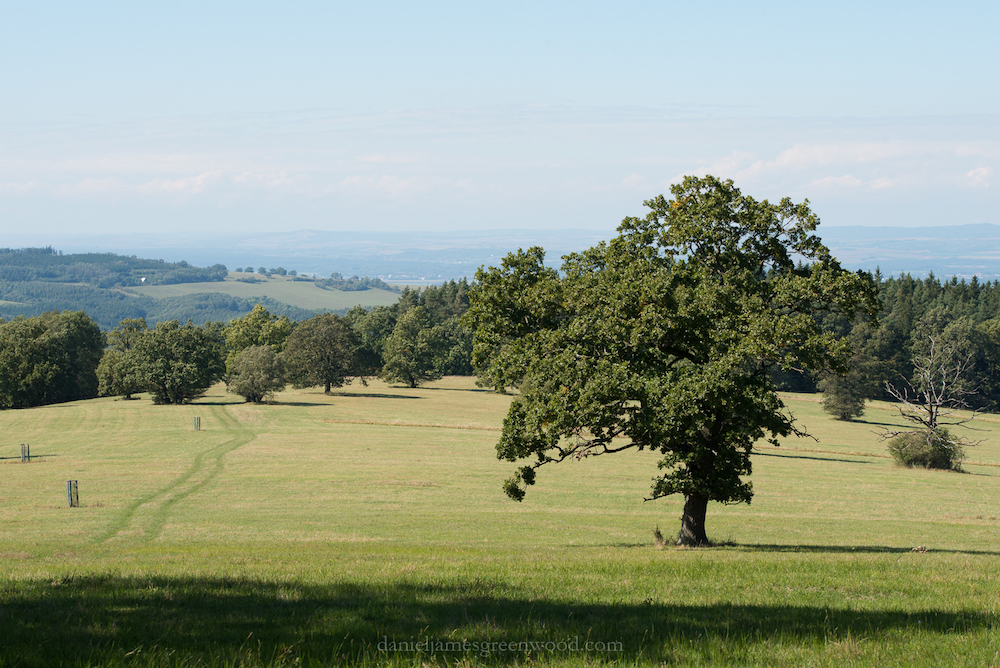 They are a man-made and exploited habitat, but they are the truest symbol of harmony between people and nature. In fact, they may even be closer to what the pre-human woodland landscape of Europe was like, due to the cropping of large, roaming groups of wild grazing animals we have now made extinct. ‘Rewilding’ in its purest or most puritanical form wants that world back.

The White Carpathians are the lowest lying, most westerly extent of the Carpathians massif, stretching east to Romania where they reach their zenith. It is a landscape that holds great mystery, wildness and fascinating human cultures. What a life it could be to travel back and forth across the range, witnessing its wildlife and spending time with the people making a living from its soils, woods and meadows.

Eddie, my hiking companion, and I, have been to their furthest point, and there, too, are found meadows of great diversity. In Romania ancient traditions are dying out as people move to cities – what contrarily is thought to be the driving force behind the return of wolf, bear and other megafauna – the rewilder’s dream. In the White Carpathians, conservation initiatives have led to the protection of the meadows and their continued management.

Two days ago we visited the headquarters of the Bílé Karpaty protected landscape area or CHKO in Veselí nad Moravou where we learned that one of the great successes for the organisation has been the return of orchards to the landscape. Vast tracts of this landscape have been returned from arable farming to species-rich grassland, righting wrongs of the post-war Soviet era. Fruit trees have returned because they offer something in return to local people – fruit.

Here in Moravia the Czechs have achieved great things. Grasslands are the most threatened habitat in the world, due to intensive agriculture, afforestation and development, and they have succeeded in both conserving what remains and bringing it back in other areas.

I have recently taken an interest in the Twitter account of Tibor Hartel, an ecologist in Romania whose work includes the mapping of ancient wood pasture. Unlike Czechia, Romanian wood pasture is poorly protected and local groups and individuals must act independently to save these amazing places, often, it would seem, without government help. Imagine that this landscape once ran across the Carpathians, from Moravia, through the Ukraine, to Transylvania in the eastern corner of Europe. Even Prince Charles has taken an interest. 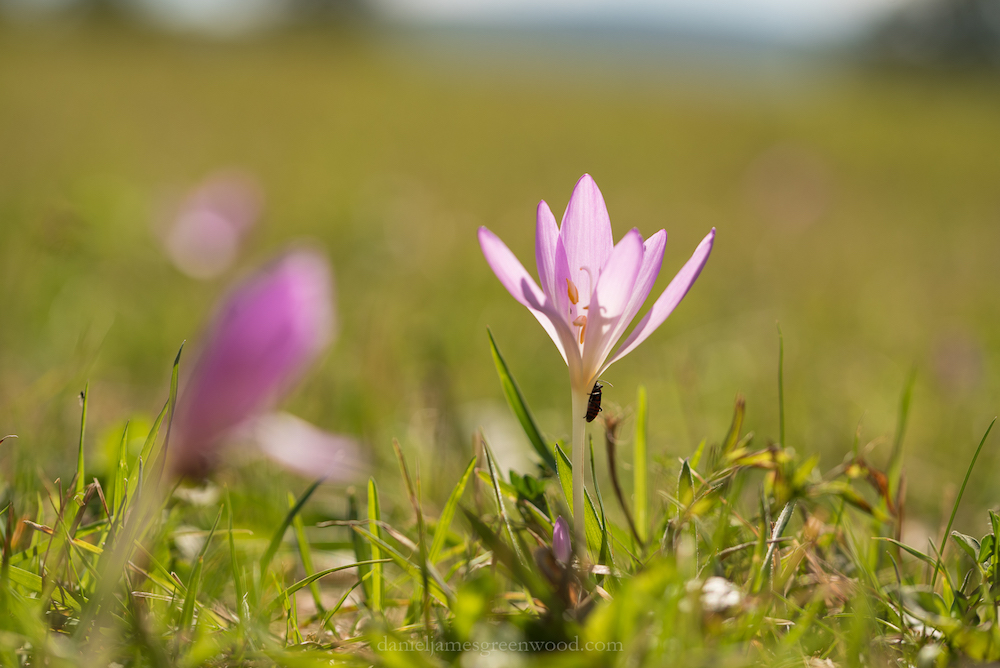 Walking through Porážky it has the feel of an English parkland, the single oaks dotted amongst the green. I first visited here in 2014, hiking over the meadows with Libor Ambrozek, the former Czech Environment Minister and then head of the White Carpathians protected landscape area, or CHKO. I was blown away, the sheer abundance of orchids and the fact of its singular richness. In May 2014 a storm blew in and we were drenched in the open pasture. Today the wind overwhelms and the sun bears down, the glare intense.

Jays pass almost every few seconds, back and forth to stash acorns. They are in the process of ‘scatter-hoarding’, the act of burying acorns in places that may well one day grow into the new oak trees of this landscape. These are birds in an autumn-pique. Beyond them buzzards soar but the wind deters the smaller species. In the grasslands, clouded yellow butterflies feed on knapweeds and dandelions, red admirals bolt from the dark plantations. We find a single aspen, its trunk crooked, whipped north by decades of strong winds. Half its canopy shows red in its leaves.

To many, this kind of landscape is at odds with the contemporary ethic of rewilding, or ‘allowing land to return to its natural state’. If that were to happen here many species would become extinct. One plant clinging on, Pedicularis exaltata, a species of lousewort, is only found in this area away from other localities in Belarus, Ukraine and Romania. Its presence suggests a once-continuous wood pasture landscape across the Carpathians between the Czech-Slovak border and eastern Romania. It can’t be seen today as it flowers in spring and summer. Instead the ground is dotted with meadow saffron, a pink crocus. 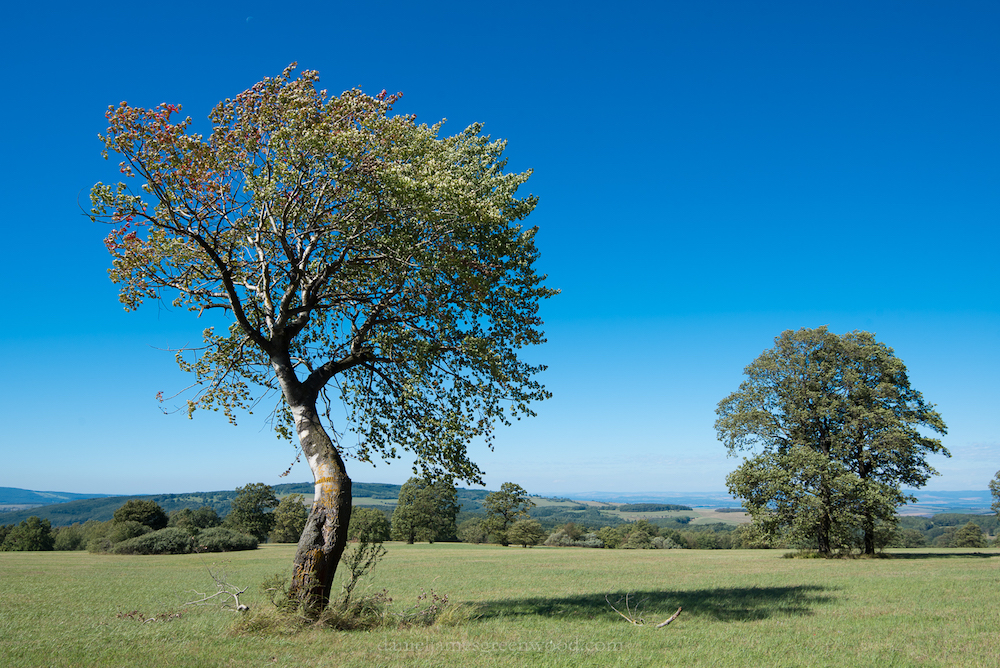 The wood pasture as it looks today was created and ‘refined’ thousands of years ago by people clearing woodland – likely of oak, ash, hornbeam and hazel – to allow their domesticated cattle and goats and Mesopotamian sheep to graze. At least that is the common understanding, for could the presence of large, roaming groups of wild horses, bison, elk and other herbivores have meant a landscape more open than the idea of coast-to-coast closed canopy woodland? Compared with today’s measure, the deforestation work of our species was sustainable deforestation due to the population sparsity, moving a possibly more dense wildwood to something more open in places.

The current management and conservation of wood pasture relates to the belief that habitats that are species-rich, are the ones which are most important and valuable. But they need to be maintained. If their management involves local people, provides sustenance and perhaps employment, it will work, especially in a place like Czechia. This may lack the perceived poetry of rewilding, but its practicality brings results: the continued existence of the world’s most important wildflower meadows and all the other chains of life which depend on them.

With thanks to my travel companion Eddie Chapman, friend and guardian Zuzana Veverkova, Ivana Jongepierova and everyone at the CHKO office.

About the Author: Daniel Greenwood is a nature writer and photographer from London. Daniel’s areas of interest comprise woods (their wildlife and cultural importance), the landscapes of southern England and nature conservation across Europe.