Home » Columnist Feature – #2 The most expensive bat: Lessons in quantity and quality 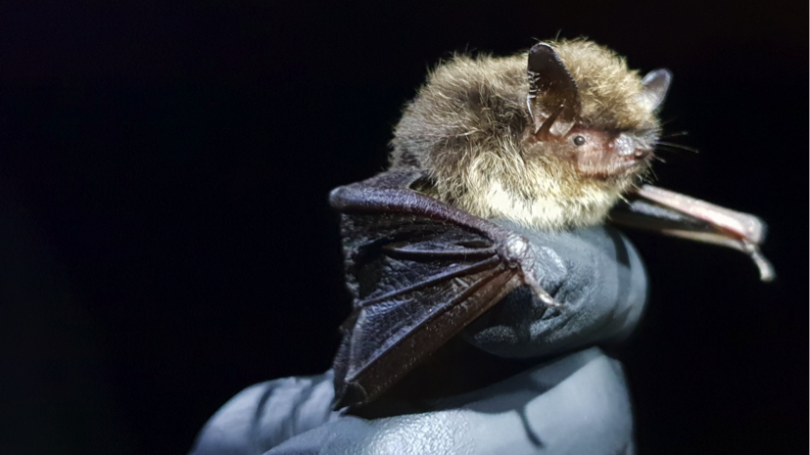 The Urban Bat Project surveys have begun. In the second article of our monthly columnist feature, you can find out how Morgan Hughes and her team have been getting on…

Since I wrote last month’s column, our Urban Bat Project survey team has undertaken ten trapping surveys at a total of five sites. It has been, frustratingly, a rather slow start, due to the low temperatures (we do not trap if night time temperatures drop below 9 degrees). It has been a rather protracted winter, in spite of a few very warm spells in January. 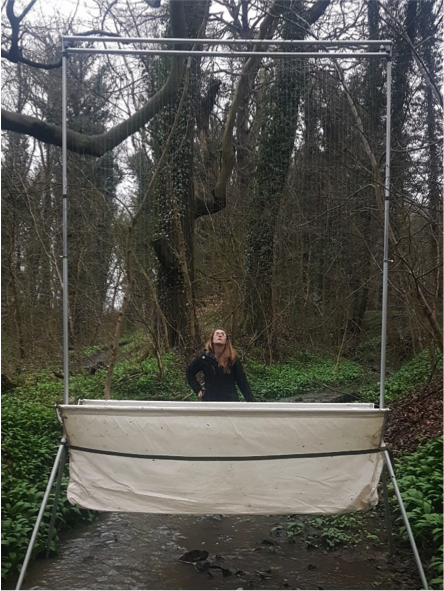 Caitlin sets up a harp trap over a stream 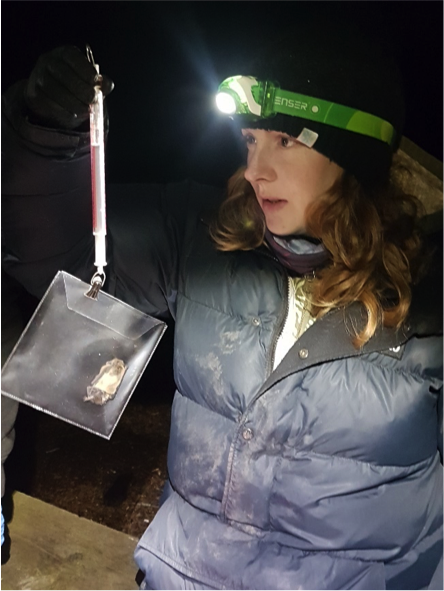 At this time of year, bats are just waking up and becoming active as food becomes available, and so activity levels are lower in early spring than in the rest of the active season. We expect this. In fact, I was sort of relishing it as an opportunity to spend more time at the ‘processing station’ teaching handling, identification and assessment of bats to my volunteers. A nice, gentle start to the survey season would allow everyone to get their sea legs before summer arrives and it’s all-hands-on-deck. 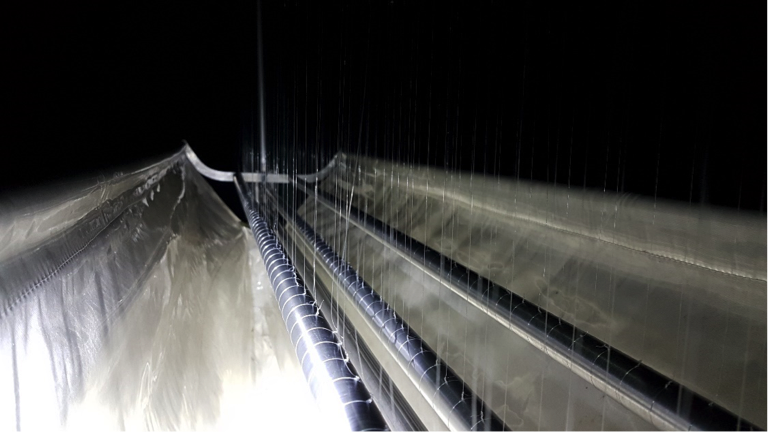 Harp trap set up on site

Alas, this does mean an awful lot of sitting around in the dark, on cool evenings, with few bats to show for our effort. It is to the credit of my team that everyone is still motivated and happy to be surveying when there are so few bats to be seen and recorded. It is, perhaps, a product of the fact that they have a good understanding of the scientific process: ‘no data’ is still data. We collect wind speed, temperature and relative humidity at hourly intervals, and plot this against bat call activity on bat detectors. We measure lux levels hourly at each trap and net. All of this is valuable data; they understand that they are still making the science happen, even without bats. They put in the hours.

Moreover, volunteer hours are how we match-fund our Heritage Lottery Fund (HLF) grant. HLF quantify volunteer time in day rates of three tiers (volunteer, skilled and expert). So, for the purposes of my reporting, I am including myself and the two other licensees as ‘expert volunteers’, those holding Class 2 bat survey licences as ‘skilled volunteers’ and trainees as ‘volunteers’. Here’s how it adds up so far, (allowing 4 hours of sound analysis and equipment maintenance per survey):

So how many bats did that £9,000 get us? Twenty-two: Twelve common pipistrelles, four soprano pipistrelles, three Brown long-eared bats, one Daubenton’s bat and one whiskered bat. That’s the equivalent (in volunteer hours) of £412 per bat – not including the cost of equipment, batteries, etc.

Does that seem a bit on the steep side to you? The thing is that, as much as we must quantify our efforts, it’s the quality that we’re in it for. And that last bat was the cat’s pyjamas… 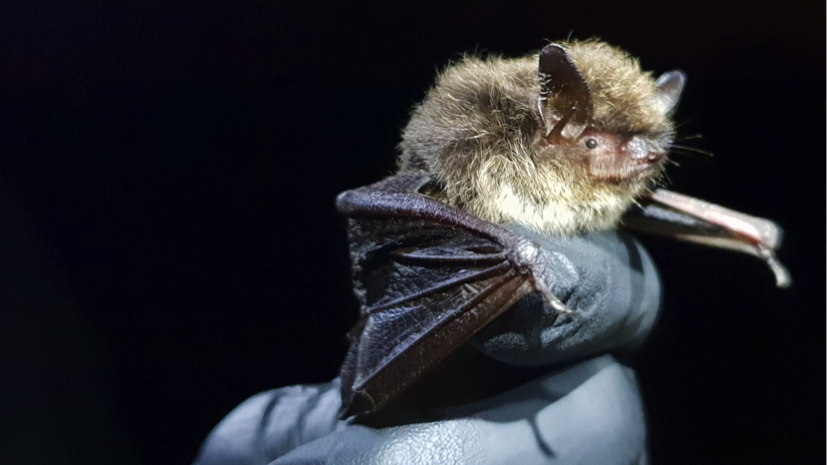 Whiskered bats are what we refer to as a ‘cryptic species’: they are hard to separate from other similar species unless you have them in the hand. It is part of a species group colloquially called the ‘small Myotis’ which comprises three species: whiskered bat, Brandt’s bat and Alcathoe bat (the latter of which was only discovered in 2010). This particular whiskered bat (a female) was caught in a harp trap during our survey at Sutton Park this weekend, and after checking records, the head ranger Danny confirmed to me on the night that it is the first record of Whiskered bat on the site since 1965 and was listed as ‘presumed extinct’ in the park! 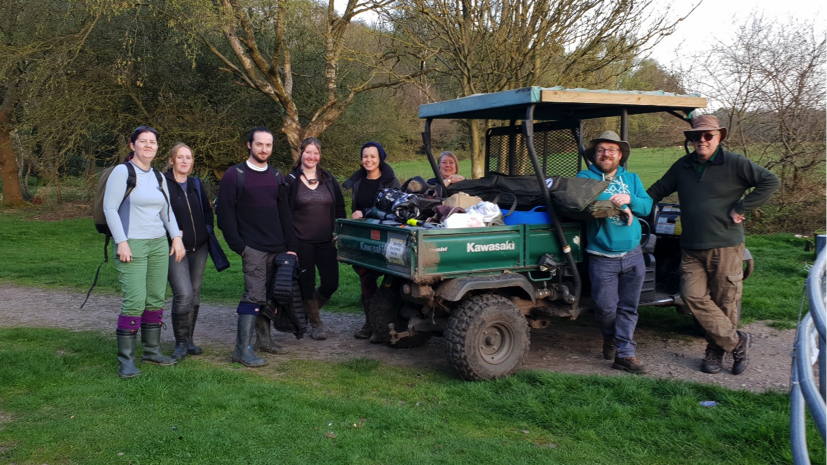 We’re three weeks into our project and we’ve already rediscovered a species not recorded in 53 years. If you ask my volunteers if that one bat alone is worth the 474 volunteer hours it took to record it, you’d be greeted with a resounding ‘yes’. 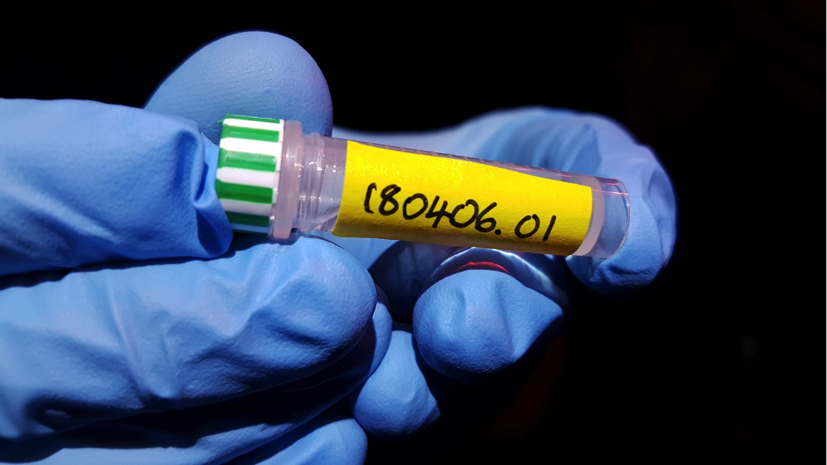 There is also the tantalising prospect of the 21 DNA samples currently residing in my freezer. DNA analysis will enable us to determine relatedness of populations of bat species from different sites, level of genetic isolation/inbreeding, dietary analysis and more. I can’t wait to get stuck into the lab work, but for now, more fieldwork awaits! See you next month, but in the meantime, follow #UrbanBatProject on Facebook, Instagram and Twitter to keep up to date!