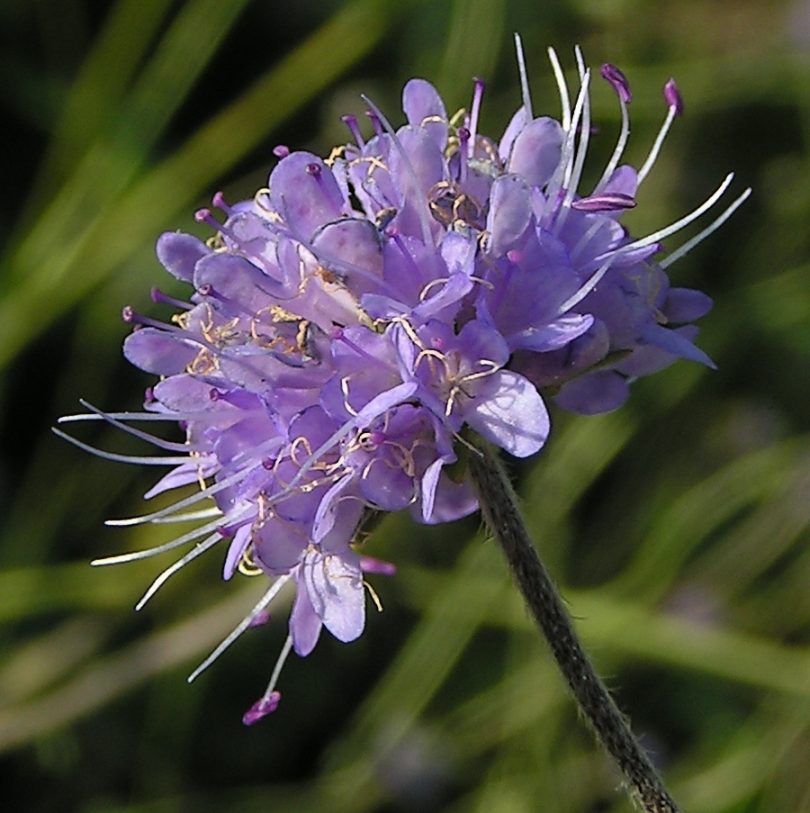 Ancient grasslands are often overlooked during surveys and as part of the planning process. Once disturbed, ancient grasslands can take more than a hundred years to recover their full diversity of plants.  Martin Allen (Botanical Surveyor), provides a summary of this important habitat…

Ancient grassland plant-communities form a critical part in our socio-economic history; they give a local sense of place, are often the ‘glue’ habitat within any landscape corridor and are a reservoir of both specific and intra-specific genetic variation. Our present ancient grassland communities are often tiny relics of much larger areas.

The information on this subject is available but dispersed, and there is certainly room for much more academic research. It has never been given the prominence of ancient woodland and so consequently ancient grasslands are not given the same protection or held in such public reverence, although they are ‘irreplaceable habitats’ in planning terms. Ancient neutral-grasslands fit within the government’s Lowland Meadow definition, the extent of which is best placed amongst the estimates of 7-8000 ha given around 2006, rather than the present 2016 figure of 35,000 ha which arises, amongst other things, due to a change in what is recorded, i.e. the site rather than the habitat. There is no national Ancient Grassland Inventory. 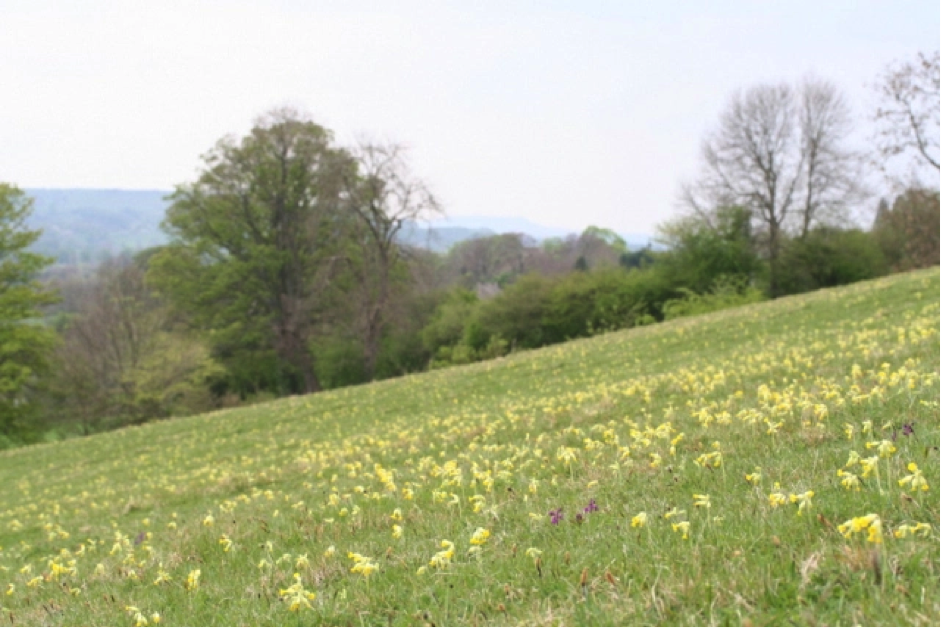 There is a published scientific definition for Ancient Grassland which amounts to the following: –

‘a semi-natural plant community maintained as grassland since 1840, on a site with no history of arable management or agricultural improvement since 1840 in any of the currently available land-use datasets.’

Although as a useable definition you could probably just use the part in bold (1840 is when Tithe Maps were published). The definition was implicit in this paper on calcareous grasslands – The natural regeneration of calcareous grassland at a landscape scale: 150 years of plant community re‐assembly on Salisbury Plain, UK (Redhead, J.W. et al. 2013).

Ancient grassland indicators for MG5 are mentioned in the outstandingly good Natural England Technical Information Note TIN147  as “probable indicators of long continuity of ‘traditional’ management (ie no phase of land use change such as ploughing and conversion to crops, woodland establishment etc).” and they are:-

*pignut can cope with occasional ploughing
**great burnet is found in MG5 communities in the north, though is usually associated with MG4

Plant communities with these species in particular, appear to be relics of the permanent grazing pasture of common areas within medieval townships. As these predate enclosure we can be certain that they are at least 300 years old in some areas; the TIN147 states that MG5 grassland is thought to be an artefact of post-Neolithic farming (i.e. up to 2,500 years old) but if the Vera theory is correct then could be more near-natural (i.e. much older). I suspect some of the more species-poor MG5 may have formed post-enclosure but would still meet the ancient grassland definition. 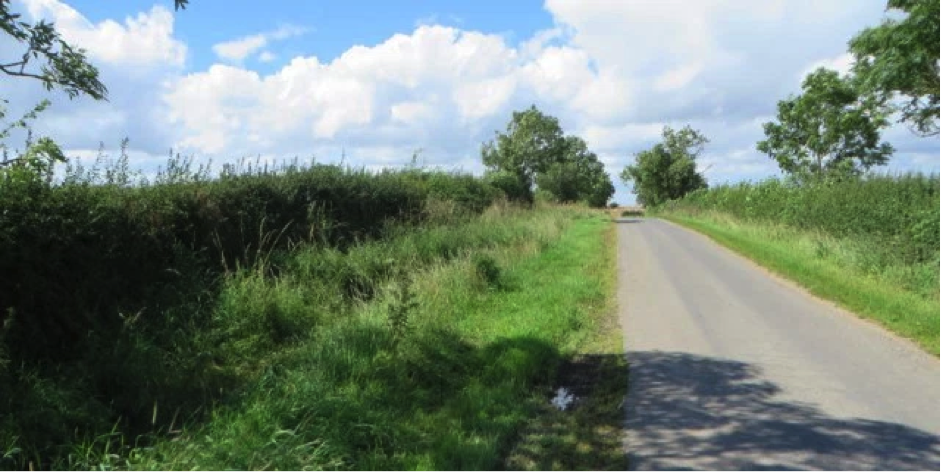 Ancient grassland relics can be found on road verges created as part of enclosure. These short narrow strips are normally at the edge of a medieval township where grazing pasture was located, and frequently, slightly raised from the surrounding land (or some other way isolated) such that fertiliser run-off has not affected the plant community. Nearby may be a farm with ‘Moor’ in its name or the words ‘Furse/Whin/Gorse/Ox’ in place/field names. Gorse was more common in the Medieval period and was regularly coppiced on the pasture or moor for fuel – as it regrew, it formed grazing-free refuges where grassland plants could flower and set seed; think of it as coppiced scrub.

Other than road verges, in the Tees Valley where I work, remnant MG5 is still found (very rarely) on steeply sloping valley sides – too steep for the medieval oxen and the modern tractor to plough, but not big enough for whatever reason to stick trees on and have escaped a hawthorn scrub invasion. It is possible to look at aerial photos and predict where MG5 could be with reasonable accuracy and I have used this technique to find new Local Wildlife Sites on previously un-surveyed farmland. 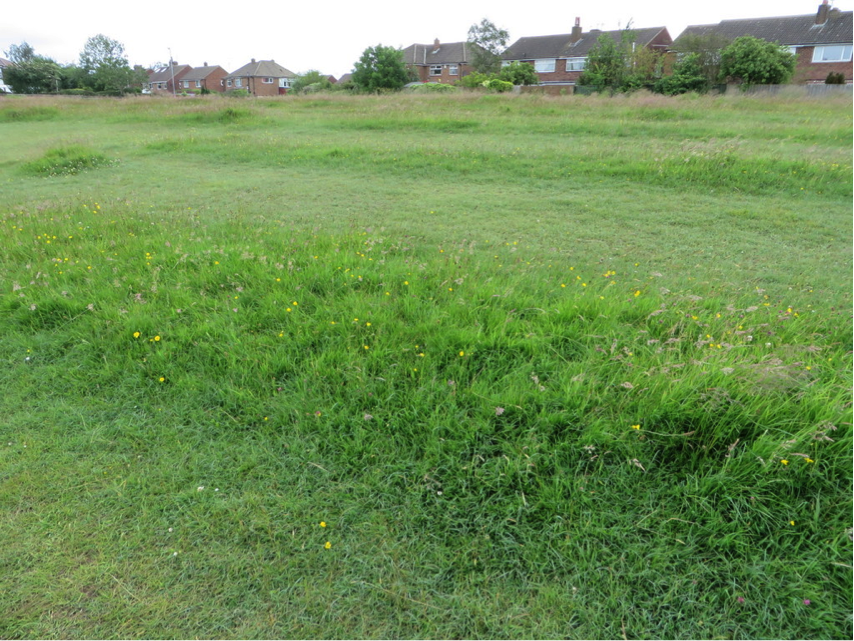 Ancient grassland can also found in encapsulated farmland within an urban/suburban situation. This may be within the grounds of ex-country houses that are now parks, small triangles of grassland isolated between transport lines (rail and road), road verges, or sloping valley sides surrounded by housing estates. Interestingly this can be on ridge and furrow; ridge and furrow was arable land in the medieval period but some areas were abandoned to pasture probably around the mid-fourteenth Century as a consequence of plague-related population loss. At this time the township would still have operated communal grazing, with cattle and sheep travelling from species-rich grazing pasture to the ex-arable land and so be able to transport seed and propagatable material. This differs from post-enclosure cattle movement which is restricted to within a single farm that may not have species-rich grassland within its boundaries.

I have found communities of ancient grassland indicator species on land that has been disturbed i.e. old reservoir slopes, which I think would be due to how the topsoil was handled/replaced after building.

I haven’t discussed ancient acid and calcareous grassland because I don’t have much in my area to investigate, but I would imagine similar principles would operate and ditto for the rest of the UK. For MG4 I would recommend the excellent booklet by the Floodplain Meadows Partnership, which has a chapter on researching MG4 site history.

About the Author: Martin Allen is a freelance botanical surveyor in the Tees Valley and over the last twenty years has carried out Local Wildlife Site surveys, ancient habitat research projects, and helped local communities understand and improve their wildlife areas, lately in collaboration with Tees Valley Wildlife Trust (see links HERE and HERE). Martin has a BSc (Hons) in Environmental Horticulture and also works as a botanical artist.