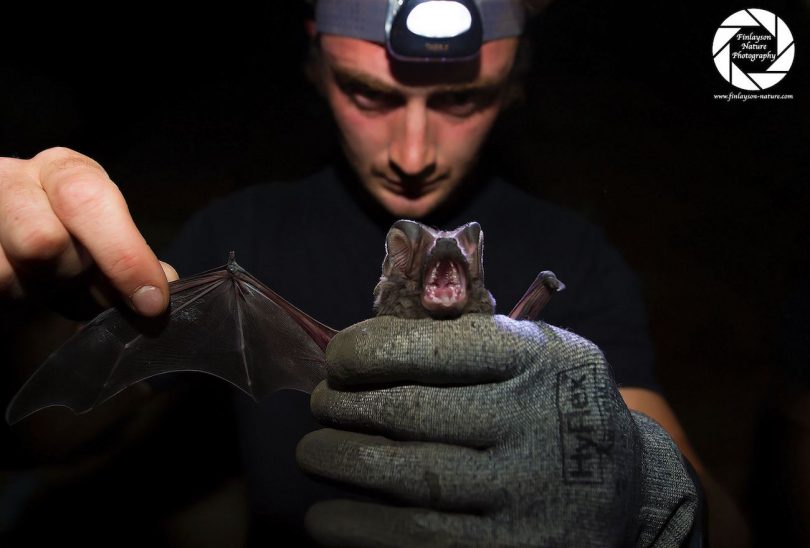 The Gib-Bats project is a collaborative effort between Gibraltar Ornithological and Natural History Society (GONHS), the Gibraltar Museum, Her Majesties Department of Environment and a team of UK bat workers headed by James Shipman (Chair of the Berkshire and South Buckinghamshire Bat Group, Landscape Supervisor at Glendale Civic Trees). In this article James tells more about the project and its’ findings…

Gibraltar is a UK overseas territory situated at the very base of Spain overlooking Morocco. It has an area of only 2.6 square miles and has a population of over 32,000 people. The main languages spoken are English, Spanish and Llanito with the Rock itself being approximately 426m high. Within Gibraltar there are many miles of man-made tunnels and caves that date through the Great siege War, WWI, WWII and up to the present. There are over 200 caves but very few bat roosts left.

The Gib-Bats project was conceived because it was recognised that Gibraltar lacked the expertise in the area of Chiroptera and needed to confirm the identity of bats around Gibraltar, search for further species and also train local ‘Gibraltarians’ in the methods used to research bats. 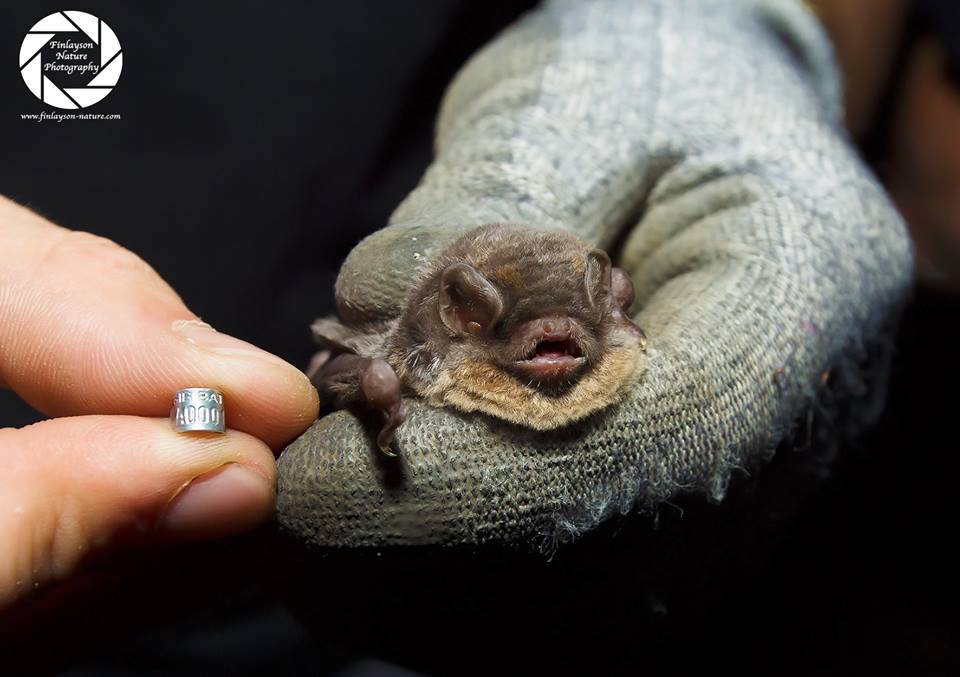 The first visit to Gibraltar for the project of Gib-Bats was on the 31st October 2013. This was when the project was officially set up. The UK team consisting of 3 UK-based bat workers, led by James Shipman, included Iain Hysom and Denise Foster. They joined members of GONHS, Albert Yome and John Sanchez, as well as Gibraltar Museum members, Stewart Finlayson, Tyson Lee Holmes and Giovanni Santini. From the DoE, Stephen Warr had also been involved with the initial set up of the project, assisting in obtaining permits, licences and access to areas needed during the trip.

During the initial visit, numerous surveys of tunnels, caves and buildings were undertaken, as well as evening transect surveys and mist netting techniques. It was not until the last evening during a trapping session at the Gibraltar Botanical Garden’s, that a new species for Gibraltar was caught in the form of the Isabelline serotine (Eptesicus isabellinus). If this particular bat had not been discovered during this trip then the project would be nowhere near where it is now. The founding bat of the project – named IZZY! 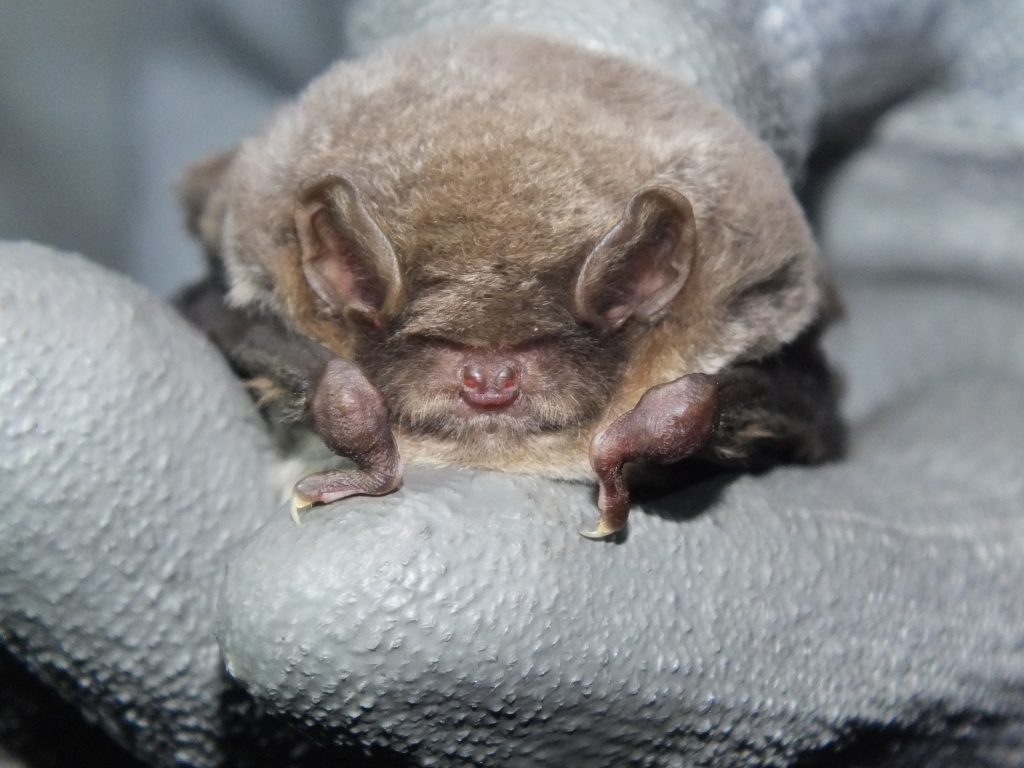 Gibraltar’s bats have been previously studied over the 1960’s, 70’s and 80’s. George Palao in the earlier years, outlined the large populations of Myotis myotis bats, Miniopterus shreibersii and also Tadarida teniotis in natural caves/manmade caves. Plus Tony Santana in more recent years as numbers slowly declined, found that various factors led to the drop in populations across the Rock of Gibraltar.

Of the bat species previously recorded, the Greater Mouse Eared Bat has not been recorded for decades and is now presumed to be extinct in Gibraltar. One of the aims of the project is to search for this species with the hope that means can be taken to encourage them back, in years to come. Plus with the recent success of the Gorham’s Cave Complex being granted UNESCO heritage status, it further protects some of the caves around Gibraltar. One of them is home to a roost of Tadarida teniotis, the European Free Tailed Bat. 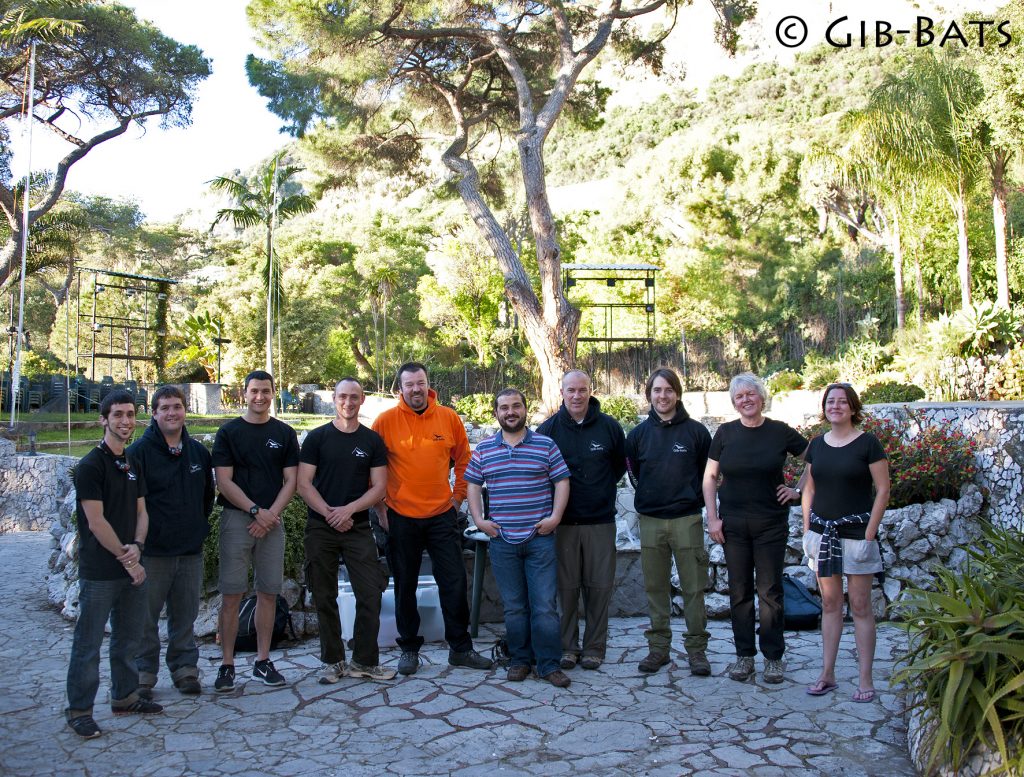 All members involved with the initial start-up of the project are now licensed in one way or another, with some members holding full license status. This allows them to perform a variety of scientific techniques to further the studies of bats in Gibraltar. Mainly the movement of bats across the straits of Gibraltar, Morocco and beyond.

Over the last 4 ½ years the project has gone from strength to strength, with nearly 10 species being found on the Rock now, in addition to the integration of surrounding countries and continents into the studies of moving bats. The Gib-Bats project has been lucky enough to be involved with media on both YouTube and local television (GBC). Documentaries through the Gibraltar Museum (Gibraltar Underground) have been produced and in collaboration with the WWF, the project now has its’ own stamps. The international bat night hosted by GONHS has boasted over 300 members of the public and during open days at the museum, the projects very own leaflet ‘Our Amazing Bats’ has been dispersed in the thousands. 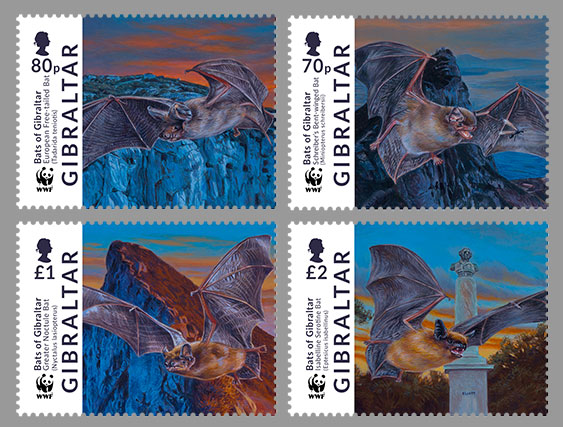 The species known to be found in and around Gibraltar include the following:

Not found/extinct from records in Gibraltar:

Sadly, the numbers of bats have dropped over the years from tens of thousands to under a thousand, with the largest colony only numbering as much as 600-700 at a push. Luckily now there are measures to help protect and conserve the remaining species in Gibraltar.

The main theories behind the dramatic fall in populations of bats, includes development (both in Gibraltar and La Linea within Spain), light pollution, lack of natural water sources, drop in insect populations, the use of pesticides through the 1970’s, amateur caving and also the lighting of some natural caves within Gibraltar. 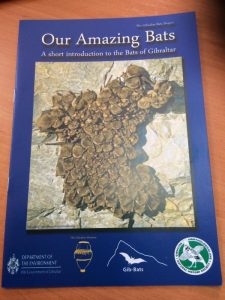 The good news however, is that it is not too late for the bats of Gibraltar. With the protection of known colonies provided by grills and fencing, in addition to UNESCO heritage status on other parts of the Rock, populations could potentially grow. The knowledge and education passed on to the public, government and nature councils have been extremely vital. But most of all, as the project continues we hope to educate and inspire many other members of the public within Gibraltar and also expand further across the borders into Spain, Morocco and possibly other countries nearby, training others to further our studies. PhD students are now also getting involved to study the movement of Miniopterus across Spain, Morocco etc. through the means of ringing, radio tracking and also pit tagging/GPS tagging.

What is certain however, is that the information that the project (and its members) will find in the future, will be ground breaking.

About the Author: James Shipman works as a Landscape Supervisor for Glendale Civic Trees. James studied Zoology at Aberystwyth University before falling into landscaping and discovering bats! Now James takes great pride in planting trees during the day and conserving bats as a volunteer at night and on the weekends. James’ sole aim is to get one person each year completely hooked on bats to continue the further study and interest in these wonderful creatures. You can follow James on LinkedIn or on twitter @batman_shipman.