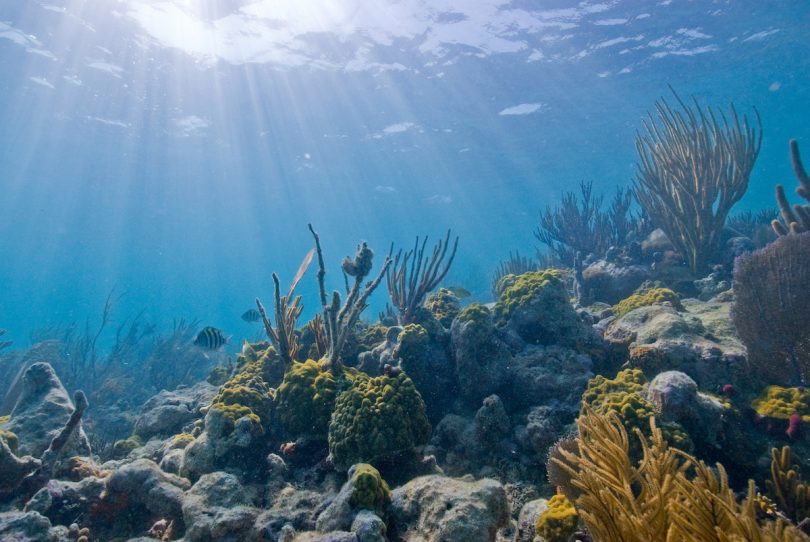 Starting in September 2014, the warmest year on-record for South Florida corals (Manzello 2015), a region-wide severe coral bleaching event precipitated the observation of white-plague disease at several sites off Virginia Key in Miami-Dade County (Precht et al. 2016). The typical appearance of the disease as a strong white line separating recently dead tissue from healthy, belies the catastrophic nature of the disease; once infected, total coral mortality is almost certain. By August 2015, in the midst of a second mass coral bleaching event, the disease was found from Whistle Buoy Reef in Biscayne National Park in the south to the Breakers Reef off Palm Beach County in the north, approximately 130 km (80 miles) of linear spread in less than one year. By summer of 2017 reports of widespread disease were confirmed as far north as St. Lucie Inlet in Martin County (the northern limit of the Southeast Florida Coral Reef Tract) and as far south as Alligator Reef in the Florida Keys National Marine Sanctuary (FKNMS). As of this writing (early spring 2018) the disease is still actively working its way south through the FKNMS and is presently located at Tennessee Reef off of Islamorada. Since the fall of 2014, the disease has spread a total distance of about 280 km (~175 miles); 175 km (~110 miles) to the north and 105 km (~65 miles) to the south, killing as much as 35% of the entire regional coral population.

The outbreak of white-plague disease on Southeast Florida coral reefs has been disastrous to local coral populations. Coral species Dendrogyra cylindrus, Eusmilia fastigiata, Meandrina meandrites, and Dichocoenia stokesi have suffered losses in excess of 90% on affected reefs. While coral diseases are common, the current outbreak is unprecedented due to the high number of susceptible species (15 documented species, Figure 1), the near 100% mortality rate, and the persistence of the disease, lasting more than three years in Southeast Florida coral populations. The large spatial scale of this event, encompassing more than half of the Florida Reef Tract, is also unprecedented. The transmissibility of the disease over multiple years and covering thousands of square kilometres follows the pattern of a highly infectious, water-borne pathogen, yet the causative agent is still unknown. 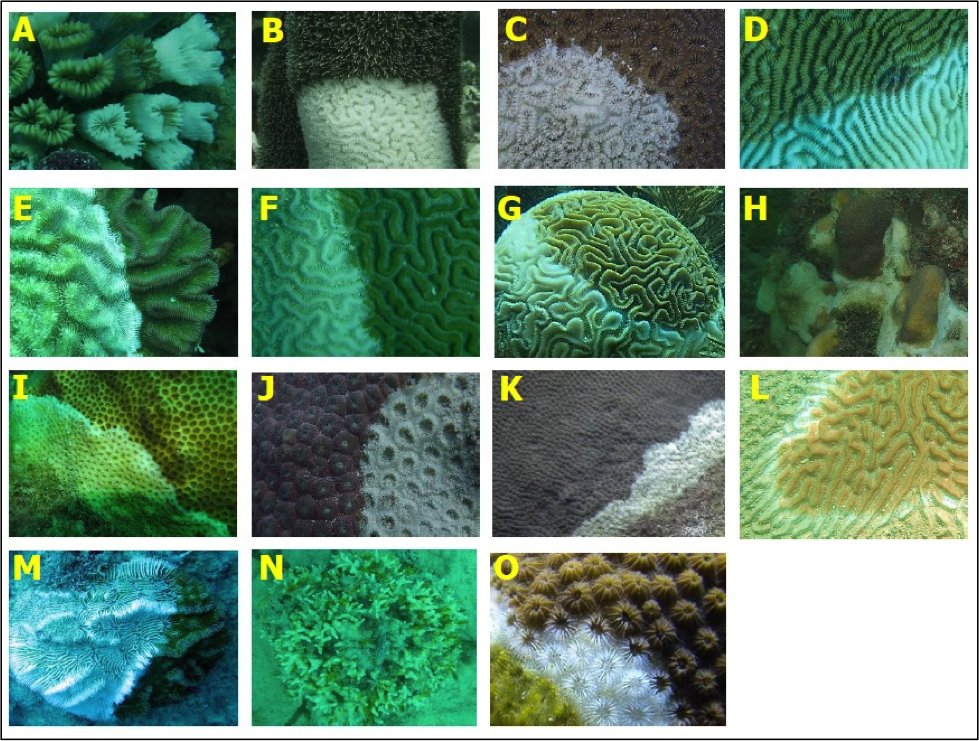 Adding insult to injury, the prevalence of other coral diseases have increased over the same time period. In non-white-plague disease susceptible species, white-band disease was observed on the two acroporid species, and dark-spot and white-blotch syndrome affected Siderastrea species (Precht et al. 2018). White-plague susceptible Orbicella and Montastraea species were both observed with yellow-blotch disease, while black-band disease was observed on a number of massive coral species (Lewis et al. 2016).

The combined effect of these diseases has been a dramatic change in local coral community structure that may never fully recover. On many reefs, most of the remaining massive framework building coral species have been lost, resulting in a diminution of structural complexity and reef functionality, which may have cascading effects on both mobile and sessile species. Reefs that were once considered to be low in coral cover are now depauperate; locating large extant colonies of susceptible species can be difficult.

The links between increased ocean temperature, bleaching, and deadly marine diseases should not be ignored, and climate-mediated ecosystem decline should be considered a contemporary threat instead of a future one. Recently, U.S. Sen. Bill Nelson (FL) has asked for the help and expertise of multiple U.S. government agencies to identify the cause of the current disease outbreak and mitigate the effects of the current “environmental crisis” (Wadlow 2018). Meanwhile, this outbreak of white-plague disease, now in its third year of activity, continues to spread, portending additional mortality to an already imperiled ecosystem. While the current outlook for the South Florida reef-scape is bleak, it is a necessary wakeup call for preserving what’s left of these fragile marine ecosystems in the face of global warming. Another clear message derived from this disease outbreak is that marine protected areas are not barriers to climate-mediated disasters, and while ocean temperatures may continue to increase only slightly over time, the resulting ecosystem decline can be both rapid and devastating. 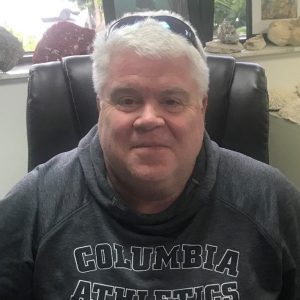 About the Author:  William Precht is both a geologist and ecologist by training and has been working in the Caribbean since 1978. Since completing his graduate degree from the University of Miami’s Rosenstiel School of Marine and Atmospheric Science, Mr. Precht has specialised in the assessment, monitoring, restoration, and rehabilitation of various coastal resources, especially coral reef, seagrass, and mangrove systems. His contributions to the professional and academic ecological sciences community are nationally and internationally recognised, particularly in regard to historical ecology and the application of ecological principals to coastal restoration. Bill’s work draws upon significant, state-of-the-art research experience in field studies and theoretical analysis. Currently, Mr. Precht is the Director of Marine and Coastal Programs for Dial Cordy and Associates, Inc. in Miami, FL. He is responsible for business development, strategic partnerships, technical oversight, and project management of a diverse array of projects including but not limited to environmental impact analyses, natural resource damage assessments, ecological restoration programmes, ecological monitoring protocols, protected species surveys, and habitat management plans.