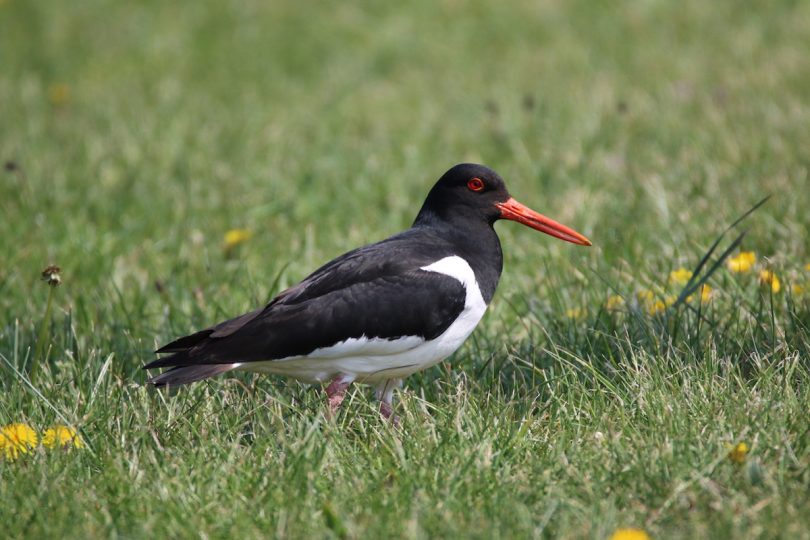 Marcus Lloyd-Parker (Senior Wildlife Consultant and Avian behaviourist for SafeSkys) discusses the change in behaviour of some bird species in response to human activity, and the implications of this for the aviation industry, focusing on the oystercatcher…

The vast majority of experienced professionals responsible for bird control claim the Eurasian oystercatcher is “dumb as a bag of rocks” but is it really?

I’ve lost count of the number of times this conversation has circled the drain, so it’s time to include a wider audience.

The purpose of this article is to share an informed belief that this species and many others are being needlessly slaughtered, as per recommendations from senior scientific advisers within the airfield wildlife management industry. The blame does not rest solely with those who pull the trigger, but with the large number of scientific documents that advise counterbalancing habituation with a dose of lethal action.

Considering that habituation is one of the most frequently referenced handicaps in wildlife management, it’s unsettling that so little is being done to specifically address this topic and filter the findings down to the practical operators, especially due to the fact that it could potentially lead to preventing the death of so many rare species that now seek out the security of an airfield. 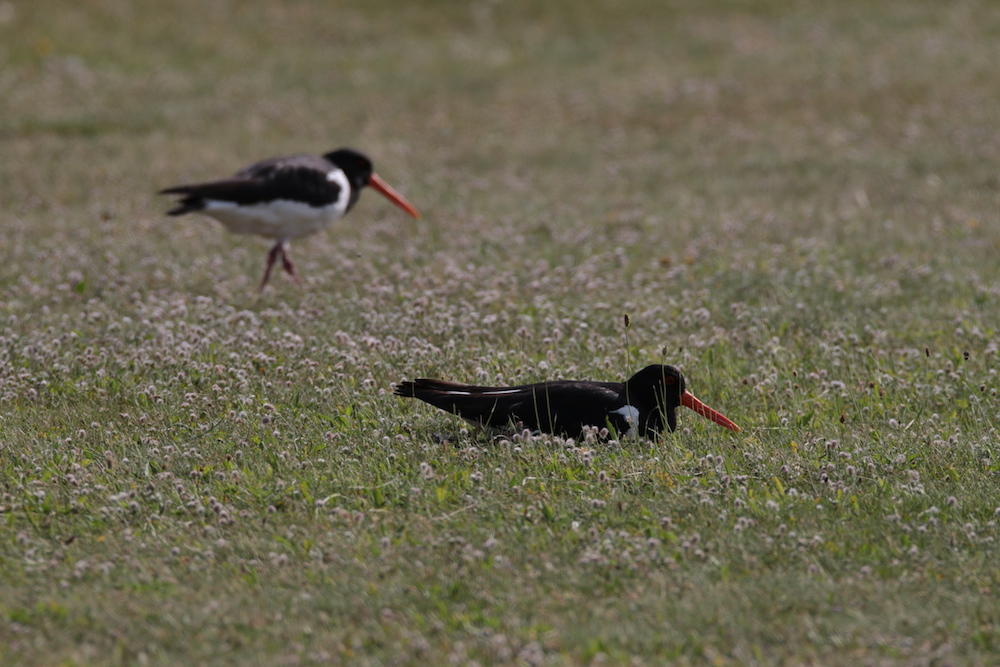 I fully appreciate the appeal of lethal action; it circumvents the need to accumulate a vast amount of knowledge concerning a particular bird species, by simply removing it entirely from the equation and if the tools you are provided with are proving less and less effective, lethal action can quickly and easily appear justifiable. Lethal action has now become a legitimised action due to the concurrent level of performance among those who discuss the subject.

The flight safety discussion constantly refers to an increasing risk due to increasing bird populations and while this will account for a rise in bird strikes off airfield, escalations on airfield are largely as a result of highly cognitive bird species outsmarting primitive scaring methodology, which has barely changed in 80 years.

The combination of a population increase and a failure to advance species specific methodology, has left us particularly vulnerable to the growing state of affairs.

An ignorant interpretation of the oystercatchers’ behaviour quickly leads many to refer to this species with the nickname Dodo. In an airport environment it’s common to observe this species roosting, feeding or breeding in close proximity to extreme noise and movement, any effort to chase them in a vehicle or deploy pyrotechnics often results in them simply walking away with little or no concern.

They are a species that are rarely threatened by any of the A-typical bird scaring tools and exposure to these techniques quickly habituates them to any further efforts, reducing their response to almost negligible levels. A common cause of oystercatcher death on an active airfield comes from the jet blast of departing aircraft, which further supports the notion that this species lacks any credible brainpower since they are unable to comprehend the invisible threat.

This behaviour has created a culture whereby many are now directly resorting to lethal action without giving the species specific problem further consideration. 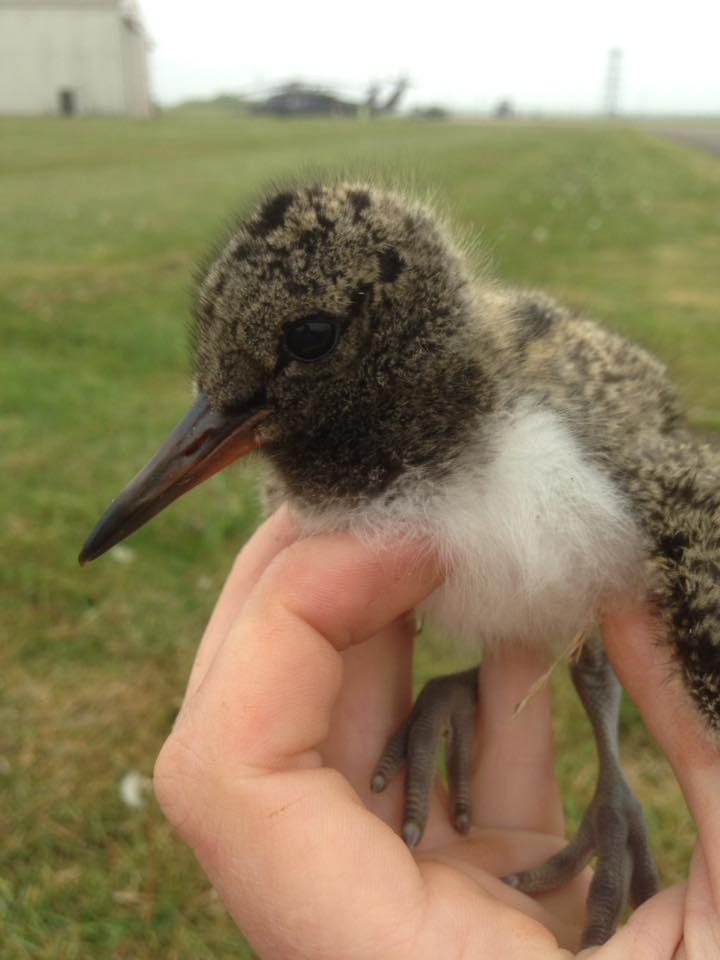 Corvids have the distinct advantage in that they have a long history of being persecuted in a diverse range of environments, they are distinctly aware of the threat that humans present; oystercatchers are not primed with this socially learned knowledge and are being slaughtered while they search out safer environments in which to reproduce and sustain their declining population.

The question is, should anyone be permitted to cull an Amber species (Birds of Conservation Concern) before any effort has been made to research the development of scaring methodology for such species that are protected for a reason?

The oystercatcher is a solid built bird, confidently capable of incredible manoeuvrability and cruising speeds in excess of 90mph, they are very rarely if ever made a meal of by even the fastest of raptors, unless initially handicapped.

Oystercatchers have a broad diet that include shellfish, which are particularly tricky to prepare and consume with nothing more than a pair of chopsticks; as a result, this species is very capable of learning the specialist extraction methods exhibited by their parents, which they themselves have learnt from observing another skilled individual. This level of cognition creates the ability to evaluate the statistical risk of one environment compared to another when considering where to attempt breeding, when they finally reach sexual maturity at 3 to 5 years of age, mapping the movements of other animals, particularly those which might pose a threat.

With experience gained during their long life, oystercatchers become increasingly aware of what constitutes a threat to their breeding success and it would appear that this becomes a significant aspect of their location preference. Increasingly over the years it has been noted that oystercatchers are choosing to nest in locations which we consider ridiculous yet they all have one thing in common, a significant reduction in the traffic of anything that would pose a natural threat to their eggs and young.

After observing a potential nesting area day and night, oystercatchers quickly identify the traffic patterns of what it recognises as a threat, laying eggs in the safest possible spot, even if this includes a busy public footpath.

Oystercatchers recognise that 99.9% of people pose absolutely no threat to their eggs or young and this is especially relevant in locations of high human traffic, whereby no one risks being seen doing anything illegal. Roundabouts on busy main roads have become an increasingly popular location to nest, purely due to a significant reduction of typical threats passing through. They make a calculated judgement call to nest in areas of high human activity and low natural predation, statistically a nesting bird which tolerates high volumes of disturbance is more likely to successfully rear chicks than one located in a quiet spot with a high number of predators. Instead of suffering from disturbance, they are now exploiting our activity that keeps their potential predators away.

This habit of nesting in obscure non-natural locations and tolerating extreme human activity has led many, none more so than bird controllers (who do not appreciate this species or its intellect), to assume that they are stupid, when in reality they are successfully calculating the odds.

Oystercatchers are steadily learning that airports offer an environment that is statistically more successful than their natural one. The greater the number of movements an airport has, the more desirable the habitat is for an oystercatcher and this desirability will only become greater as interference in the outside world increases.

We know that Oystercatchers are not afraid of activity used to successfully target other species, so under the conditions of the lethal action licences why are ineffective methods still being demonstrated as reasonable effort prior to taking lethal action? 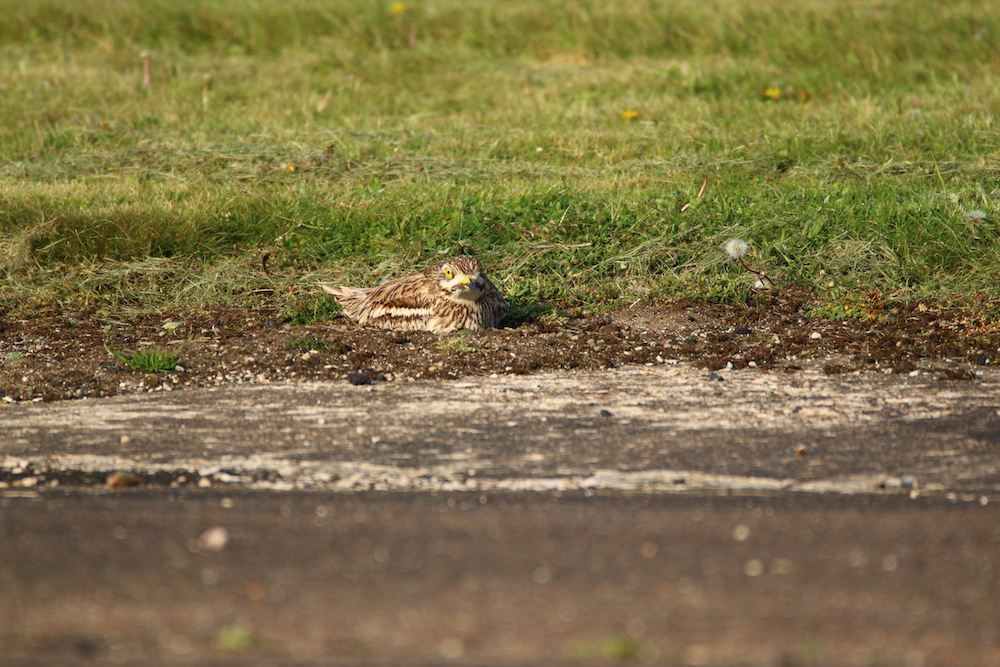 Several other species are beginning to squeeze in behind the oystercatcher, the incredibly shy and illusive stonecurlew now turns an educated blind eye to disturbance in favour of the lack of interference in such fenced-in environments.

Aviation should absolutely be commended for improving the reporting culture of bird strike data; however it should also be reminded about the areas being neglected, that might improve the overall performance of those tasked with defending the frontline. Many who are responsible for bird control enthusiastically refer to avian intelligence, however this is typically used to defend the lack of response birds have to their scaring efforts, as opposed to encouraging bird control to improve the complexity of the methodology being deployed.

If aviation had embraced the science of avian behaviour shaping at the same pace as the captive animal trainers, we would be utilising an entirely different tool box to the one currently in use, we might also be better equipped and prepared to deal with the overall increase in bird numbers. A cultural focus on lethal action has left many responsible for wildlife management powerless in the event of public pressure or when lethal action is not permitted.

About the Author: Marcus Lloyd-Parker currently works as a Senior Wildlife Consultant and Avian behaviourist for SafeSkys. He has over 20 years’ of experience working with and training several hundred species of birds. Together with fellow Wildlife Consultant and Avian Biologist, Evalin Casson BSc, they are responsible for military and civilian aerodrome safeguarding. Identifying and providing solutions to disperse avian populations ethically while avoiding habituation.