Home » We’re all eyes and ears! – How our community records wildlife in ways we didn’t expect 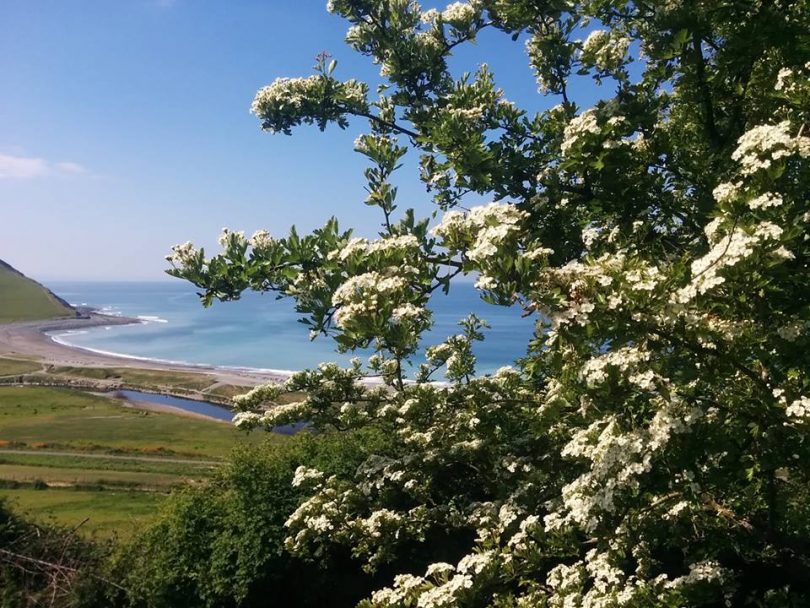 With the help of her local community, Chloe Griffiths has been recording wildlife sightings since 2015. In this article, she tells more about this worthwhile project…

Our village is stuffed full with people who care about wildlife. We’ve got two nature reserves, two rivers and a long shingly beach, not to mention a hay meadow and saltmarsh. Three thousand people live in the 190 hectares that make up Penparcau, near Aberystwyth in West Wales, and many of us are keen walkers, feed the birds in our gardens and like to keep an eye out for the wealth of wildlife inhabiting our village.

We became aware that, in spite of its diversity of habitats, there were actually comparatively few records of wildlife made in Penparcau, with the notable exception of plants (thanks to the eminent botanist Arthur Chater who lives nearby). This was becoming an increasingly serious problem because, as we know from the State of Nature Report (2013) “Our ability to monitor the state of nature, and respond with appropriate conservation action, is hampered by a lack of knowledge on the trends of most of the UK’s plant and animal species.” Our concerns were that landowners wouldn’t be able to make informed decisions about how to manage their land without knowing what species were living there. We also wanted data from our village to contribute to the bigger picture of the state of wildlife in Wales and for the UK as a whole. 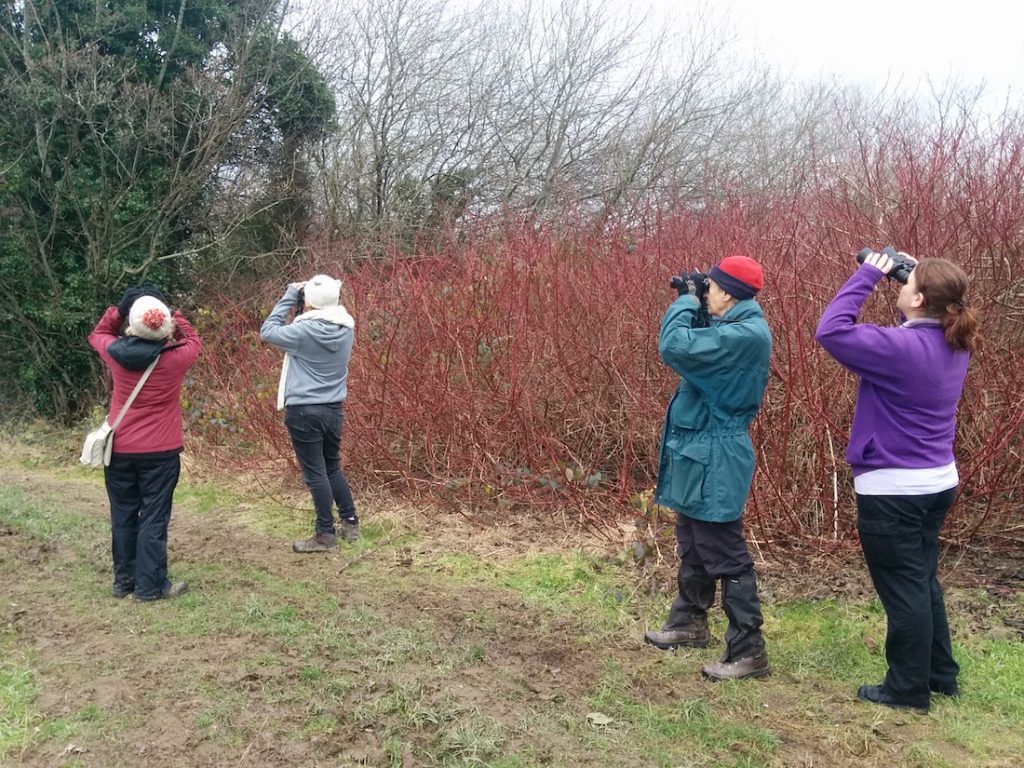 In response, The Nature of our Village project set out to massively increase how much we know about wildlife in our village. It began in November 2015 as a partnership between the Penparcau Community Forum, the West Wales Biodiversity Information Centre and the Wildlife Trust for South and West Wales. The project is run by Chloe Griffiths, an Ecologist living in Penparcau.

Since the project began in November 2015 we have:

We create a report each year at the end of survey season, which examines all of the records made, and maps them against trends at a country and UK-wide level, where this data exists. As we accumulate more data year-on-year, we are beginning to analyse it for trends, albeit with due acknowledgement of the small amount of data we are working from. Another key element of the project is the ongoing work of trying to find every species that has ever been recorded in the village since records began, which for us is in 1905.

The most recent report, for the work carried out in 2017, can be found HERE and gives details of our findings. 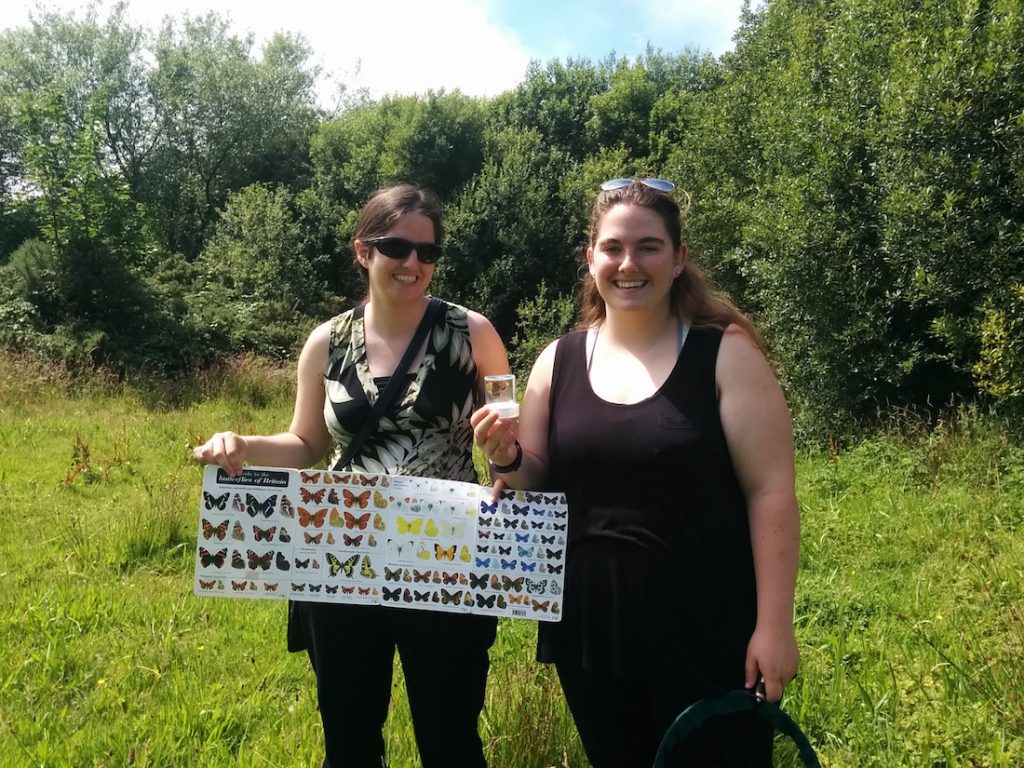 In this article I aim to reflect on how community engagement in biological recording has helped us to access more data, and to understand the importance of making relationships within the community. In addition, I consider the impact of obtaining records from a network of contacts, who are willing participants in the endeavour of biological recording, but who don’t necessarily wish to take part in formal survey methodologies themselves.

An interesting development for our project has been an ever-increasing influx of data from other observers in our area. When we began the project in 2015 we were aware of the standard sources of data, from our LERC and from County Recorders, but as the project progressed, and more people heard about our work, we were delighted to be offered a variety of other data sources. These included permission to use records from the Ceredigion Bird Blog, casual records from friends and neighbours, and from colleagues around our county. I was alerted to the influx of Portuguese Man o’ War via an email from a colleague further south along the coast, which prompted me to rush to my local beach, and to make the exciting find that they had washed up on our shoreline too!

Social media has become increasingly useful as a way of signalling that a species of interest has been seen in or close to our area, and has often encouraged me to go and make a record of a species that I wouldn’t otherwise have known was present. After spotting a local naturalist’s Facebook report of basking lizards in February, I was able to go and observe areas of known reptile habitat in Penparcau, and make a common lizard sighting which proved to be my earliest ever in the year.

Social media has even harnessed the records of people who don’t actually use it! One person who does not use Facebook sent a photo of a stranded octopus on our local beach to a friend who runs a Facebook page, which collates articles of general interest to people in the Aberystwyth area. At his request, the photo was posted and when I followed it up, I found that it was the only record of a live-stranded octopus from that year in our village. The fact that so many sightings are now accompanied by a photo, some information on the behaviour of the species, a description of its location, date and sometimes even the time of sighting, means that they can be much more readily verified and the quality of the record assessed. 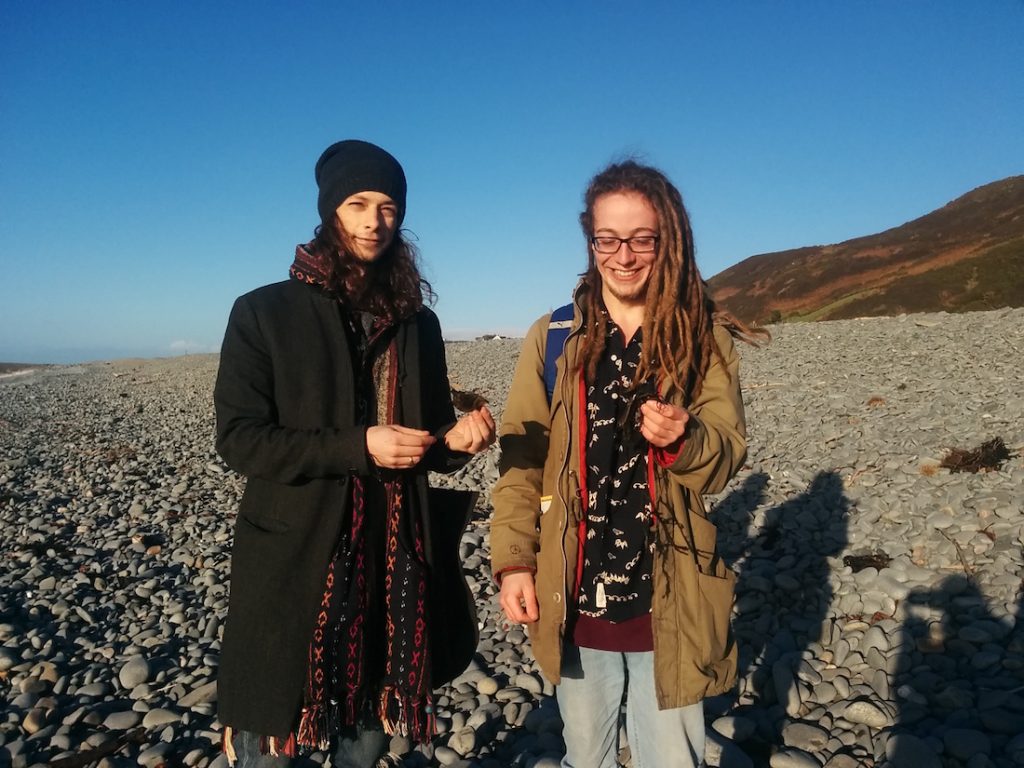 Another highly valuable source of data that has blossomed during the life of the project is the contribution of people who regularly walk dogs, walk to work, or graze animals on areas of wildlife interest in the village. Sometimes people will see me carrying out a survey and stop me to tell me of a recent wildlife sighting. They often have an image on their phone to show, which of course also records date and time. In a further permutation of these “gifts” of data, dog walkers, etc. will sometimes pass on these sightings to others who are “regulars” of the wildlife hotspots, and these will then be passed on to me second hand. Again, often accompanied by quite specific metadata of date, time, and an assessment of that source’s likely accuracy. When these records have a highly specific location, e.g.”there’s been a stonechat sitting on the fence post next to the stable on and off for the last 3 days”, then it has the added bonus of being a prompt for me to go and see if I can observe it too and make it an official record by logging it with my LERC.

Although records that are “unofficial” can’t be used in the same way that “official” records can, these personal communications are a great help in alerting me to species that are being seen by the eyes and ears of the village. Where I am as certain as I can be of the veracity of a record, given the presence of the metadata noted above, I will ask if the person who reports it will make a record of it themselves, or if they prefer, allow me to make one on their behalf, giving them credit. This approach has led to some significant findings in the village, from stranded harbour porpoise to palmate newts, and from lapwings in front gardens to slow-worms in compost heaps.

This personalised crowd sourcing of data has provided invaluable information on the composition of species across our area and allowed us to respond as a community to the crisis of crashing biodiversity figures. We have shown that engaging with people on a local level – and combining this with great links to and generous help from national bodies, as well as volunteer expertise – is a powerful response to the dire threats faced by our wildlife. Our village of wildlife watchers are helping to provide the evidence for conservation that should protect the nature of Penparcau in the future.

We would like to thank our funders, the Nineveh Charitable Trust and the D’Oyly Carte Charitable Trust for supporting us to carry out this work. We are currently seeking match funding to allow us to complete the final 3 years of this project.

To find out more about the project, take a look at our Facebook page – “Penparcau Community Forum Wildlife Group”.

About the Author: Chloe Griffiths is an ecologist and biological recorder, running a wildlife-recording project in the village of Penparcau, Aberystwyth, on the West coast of Wales. She is a Director of WWBIC, the West Wales Biodiversity Information Centre, and sits on the committee of her local Wildlife Trust section in Ceredigion. She worked previously as a consultant ecologist, and has been employed on COBWEB, a large European project in the UNESCO Dyfi Biosphere Reserve. Her job was to design and test an app to collect environmental data on butterflies and their larval food plants with local citizen scientists. She is an occasional tutor for various conservation bodies and has authored academic publications on a range of topics with the University of Nottingham. In her spare time she organises the Aberystwyth Botanical Society and likes learning to recognise new groups of species: last year hoverflies and crickets, this year maybe woodlice!