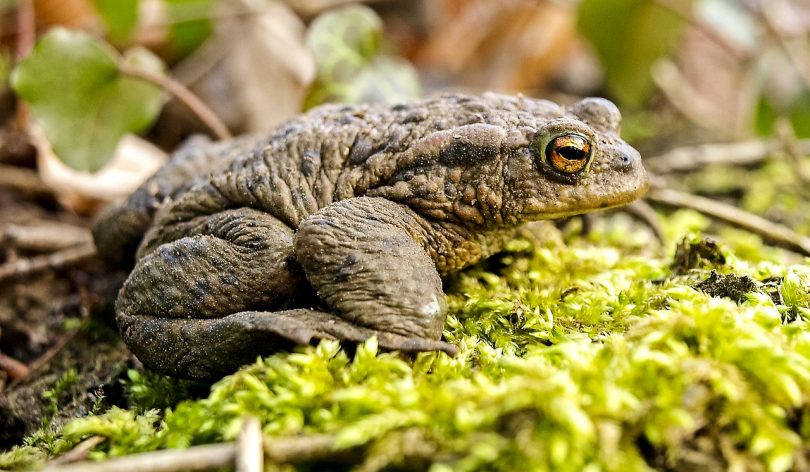 Laurence Jarvis (Head of Conservation at Froglife), takes a look at impacts to amphibians as a result of climate change…

Over the past few decades rising global temperatures and associated climate change have been of increasing concern due to rises in atmospheric carbon dioxide and other greenhouse-gas emissions. Over the past century global temperatures have risen on average by 0.7°C and these have been greatest in the last few decades (IPCC, 2007). This has resulted in a range of global climatic changes which have had varied impacts on amphibian species. For example, several species of amphibian have become extinct in southeast Brazil due to the occurrence of frost, and the decline in several tropical amphibian species has been attributed to unusually dry conditions (Blaustein et al. 2010). In the UK an increase in the prevalence of mild and wet winters has negatively affected the common toad (Bufo bufo) (Reading, 2007) (Figure 1).

Range shifts, where species are either forced to higher latitudes or altitudes, are a particular problem for many species within Central and South America where there are a high number of range-restricted species. Here, temperatures are predicted to become hotter and drier and may result in species extinctions if there is no other suitable habitat available to expand into.

Other potential direct impacts of climate change on amphibians are decreased survival such as that reported in the common toad (Reading, 2007), changes in developmental rates of eggs and larvae, and changes in behaviour of adults and larvae (Blaustein et al. 2010). 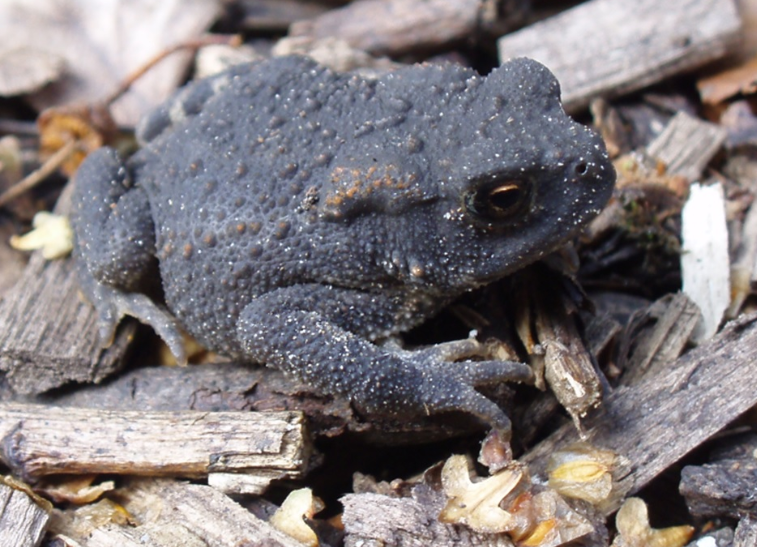 Changes in the timing, or phenology, of amphibian breeding have been intensively studied in a range of species across the globe. Within the UK, many studies have shown a trend for earlier breeding in the common frog (Rana temporaria), common toad, natterjack toad (Epidalea calamita) and two species of newts (smooth newt (Lissotriton vulgaris) and great crested newt (Triturus cristatus)). However, findings from several independent studies reveal that the impacts of a changing climate on breeding times may be more complex. For example, Beebee (2002) reported results of thirty years of studying populations of the common frog and found no trend for earlier breeding. Beebee (2002) reported that the two explosive breeding amphibians in the UK, common frog and common toad, showed relatively minimal changes in breeding date. However, the protracted breeders, natterjack toad and newt species showed significantly earlier breeding times (Figure 2). Beebee (2002) predicted that this could have important community effects. Earlier arrival of newts at ponds may increase predation on common frog spawn and this in turn may result in local population declines of the common frog. Similar findings have been found by Reading (1998) who found no evidence of earlier breeding in a population of the common toad.

More recent studies have concluded contrasting results. For example, Scott et al. (2008) studied the phenology of the common frog and did find a trend for earlier breeding. However, the authors noted no trend for earlier hatching dates. In addition, Carroll et al. (2009) reported findings from a study from the UK Phenology Network, which collected nearly 70,000 records of the first spawn dates of the common frog across the UK between 1998 and 2007. On average, the pattern of spawning followed a consistent pattern across the UK with first spawning dates earliest in the south west and progressively later in the north and east. Although there was variation in spawning dates between years, on average there was a trend for the common frog to breed 10 days earlier at the end of the period.

In a more recent study carried out by Loman (2016) in Sweden, local variation in pond conditions was of key importance in determining spawning date of the common frog and in particular pond water temperature, as oppose to air temperature. In addition, Loman (2016) found that the number of frogs breeding at a pond had a significant impact on breeding date. Common frogs spawned earlier in ponds with a higher, rather than lower, number of breeding pairs. For example, a pond with only five breeding individuals spawned 7.2 days later than ponds with 500 individuals (Loman, 2016). Therefore population sizes, as well as climatic changes, may need to be considered when investigating the potential impacts on amphibian breeding phenology.

In addition to the above direct effects of climate change, there are a number of potential indirect effects, such as variations in larval food availability. The larvae of many species of anurans depend on plentiful supplies of algae but rising temperatures in water bodies may trigger early blooms of detrimental filamentous cyanobacteria which may prove detrimental to feeding and growth. In addition, many salamanders and newts rely on small aquatic invertebrates and research by Durance & Ormerod (2007) has found that in the UK, spring macroinvertebrate abundance in headwater streams might decline by 21% for every 1°C rise in water temperature, which highlights the sensitivity of headwater stream ecosystems to climate change.

Finally, emerging infectious diseases have had wide-ranging and negative impacts on amphibian populations across the globe. In particular, chytrid fungus caused by Batrachochytrium dendrobatidis (BD) has been implicated as the proximate cause for crashes in many members of the tropical genus of Atelopus frogs. Pounds et al. (2006) have suggested that changing climatic conditions in mountainous areas of Central and South America have resulted in night time temperatures that have shifted closer to the optimal temperature for BD, while increased daytime cloudiness prevents frogs from finding thermal refuges from the pathogen. This has increased the prevalence of the disease and precipitated declines in many Atelopus species.

The impacts of climate change on amphibian populations are complex with many potential direct and indirect impacts on amphibians at individual and population scales. Global temperatures are predicted to increase by between 1.1 and 6.4 °C by 2100 (IPCC, 2007), so coherent research and conservation measures are required to preserve populations of amphibians across the globe.