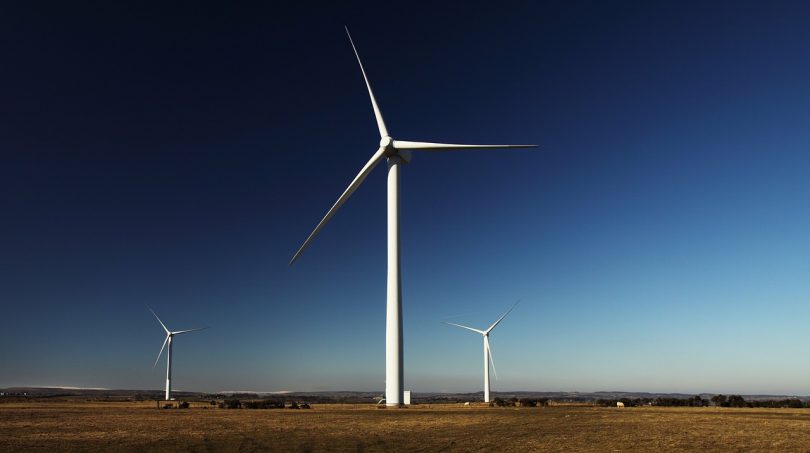 An innovative new technique for measuring the height of birds in flight, developed by scientists at APEM, is set to ease concerns about the potential dangers of wind turbines for birds and lead to improved outcomes for developers of offshore wind farms.

It is one way in which improved science is helping ornithologists, developers and regulators gain a better understanding of how birds interact with wind farms… 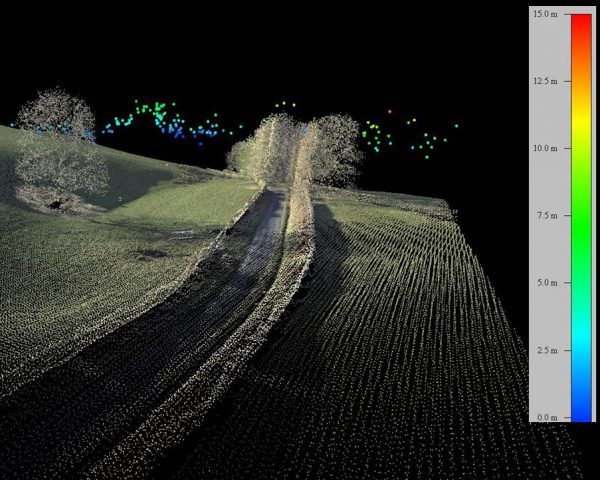 The results are based on analysis of an aerial survey carried out last November, as illustrated below. One of APEM’s specialist survey aircraft was fitted with ultra-high resolution Leica RCD-30 survey camera, matched with a LiDAR system.

LiDAR stands for ‘light detecting and ranging’ and is an advanced remote sensing method that uses pulses of light from lasers to measure the distance of objects from the sensor – in this case, the height of birds above the ground.

During the survey, the aircraft flew at an altitude of 340 m and gathered images and LiDAR data of a swath of land 346 m wide. As it flew, the system recorded information on features of the landscape as well as on birds in flight, both in flocks or as individuals.

Once the data were processed into digital images researchers were able to pinpoint the heights of birds on the wing to within 5 cm, a level of precision far greater than needed for the assessment of collision risk around wind farms. In the image below, which shows part of a large flock of fieldfares, the thrushes are flying at between 12.5 and 17.5 m.

Although the survey took place over land, the same technique can also be used to measure the flight heights of birds at sea.

Red dots indicate the heights of the birds

“It is very precise and accurate, it generates a permanent record, it can be applied rapidly over large areas of open habitat, and it will become increasingly affordable as the technology is taken up.”

Previous methods for measuring the flight heights of offshore birds have relied upon visual estimates from observers in boats, measurement using laser rangefinders by people stationed on offshore wind turbines, or on data from GPS tags attached to the birds.

Sophie Nunn, APEM’s project manager in charge of testing the new technique, explained: “We had already developed a way to successfully estimate flight heights from high resolution aerial images, but this approach requires the birds to be flying straight and level and this is not always the case.

“Our new technique is a major step forwards because it provides very precise data, regardless of the orientation of the bird.”

In the highly specialised science required for offshore wildlife surveys, APEM’s ultra-high resolution digital aerial surveys are already world leading. Over 1,000 have been carried out in the UK, Europe and America, including the largest of their kind off the coast of New York state.

About the Authors: Dr Mark Rehfisch is a respected ornithologist with 30 years of experience. Since 2012, Mark has held the position of Associate Director at APEM Ltd., overseeing a team of 20 ornithologists and running APEM’s Cambridge office. Mark has made novel use of technology and statistical modelling to deliver solutions for clients, including accurate assessments of offshore habitat use by seabirds and estimates of total avoidance rates of birds to windfarms. Prior to joining APEM Ltd., Mark worked at the British Trust for Ornithology (BTO) for 21 years as Director of Development and Head of the Wetland & Coastal Ecology Unit, and ran a research station at a Tunisian World Biosphere Reserve and Ramsar Site. Mark has published over 60 peer-reviewed papers and chaired the British Ornithologist’s Union Meeting Committee (2003-2007).

Sophie Nunn is a Surveyor with 8 years’ experience in the aerial survey industry. Sophie joined APEM Ltd in 2015 as a Senior Remote Sensing Scientist specialising in LiDAR and Photogrammetric surveys. Sophie has managed a number of successful projects which combine both aerial and field survey methods for a diverse range of innovative applications. Prior to joining APEM Ltd, Sophie worked at Pelydryn Ltd using state of the art LiDAR technology to undertake worldwide Hydrographic surveys from the air.