Home » Retracing the complex history of the red squirrel in Ireland 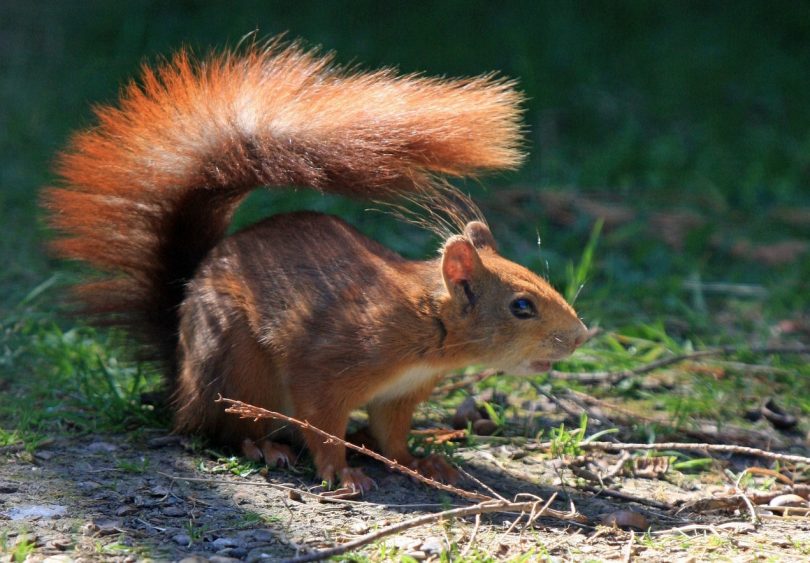 A recent study published in Mammal Research and led by Dr. Denise O’Meara [1] (Waterford Institute of Technology, Ireland), has shed light on the complicated history of the red squirrel in Ireland…

With the aid of genetics, the team of authors have been able to trace the genetic heritage of the red squirrel, and make recommendations for its future conservation management.

Red squirrel samples were mostly collected for the study using a non-invasive approach. This involved using hair-tubes to remotely obtain hair samples from squirrels. The PVC tubes were fixed horizontally to the tree trunk and baited with nuts and maize to attract the squirrels. As the squirrel retrieved the bait, their hair got stuck to a little sticky patch fixed inside the tube. These samples contained adequate DNA to obtain a DNA profile from individual squirrels. 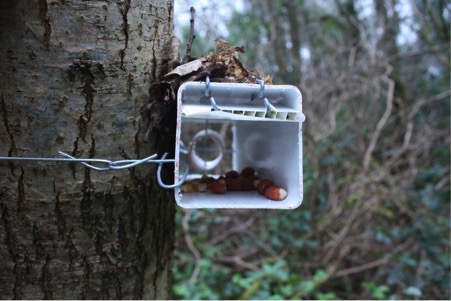 The red squirrel has a more complicated history in Ireland than previously thought. Records exist for the export of thousands of red squirrel furs or skins from Ireland up until the 17th Century. After this time the exports ceased. This period coincided with the opening of Russian and North American fur markets, where superior quality furs could be found. However, it is possible that hunting pressure combined with a dramatic reduction in forest cover in Ireland, led to a significant decline in red squirrel numbers. It is thought that the species may even have completely died out.

A survey by Richard Barrington [2], found that a number of documented red squirrel re-introductions into large estates, took place in the 19th Century. These animals were mainly brought from England. Some of them were purchased from markets in London, where the selling and trading of squirrels was highly fashionable at the time. In fact, according to Monica Shorten’s book on squirrels [3], such was the demand for red squirrels in the late 19th Century, not only were they brought into London from the nearby countryside, but they were also imported from continental Europe. Generally, a small number of red squirrels were introduced into any one area and it was their offspring that were subsequently moved to other sites. 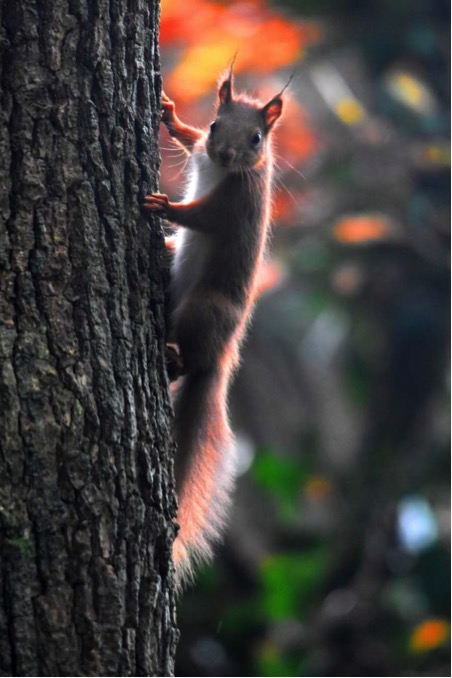 On the surface it might appear beneficial to the Irish red squirrel population to have such a broad genetic background, but our new study has shown that the pockets of red squirrels found throughout Ireland today are not well mixed and many of the populations appear to be genetically isolated from one another. This means that some of the smaller populations may be at risk of inbreeding and eventually dying out in the future. Another problem could be the mixing of very distinct genetic strains (such as the Continental European and old British varieties) as this might cause an outbreeding depression which can make animals more susceptible to health problems.

As the red squirrel genetic strains found in Ireland have likely died out in Great Britain, particularly in England, the Irish population may be a suitable source population for future restoration or enhancement projects in Great Britain. However, the Irish population needs appropriate management to conserve it for future generations. Given the importance of the red squirrel to both islands, perhaps it should be considered a joint responsibility?

In our study we suggested that because the Irish red squirrel population has been so heavily influenced by people, it will continue to need conservation management if it is to survive into the future. For instance, Ireland’s level of forest cover is still one of the lowest in Europe, and clear-felling and over-thinning remains a threat to their survival. To help conserve the red squirrel, continuous forest cover should be practiced; in addition, maintaining high quality hedgerows with plenty of trees to create a well-connected hedgerow network, would also enable red squirrels to move between sites.

Our genetic toolset may be used for future studies to conduct genetic assessments of populations, and to make recommendations for the most suitable animals to be used to restore and manage small remnant populations based on their DNA.

About the Author: Denise is an Assistant Lecturer at Waterford Institute of Technology (WIT) Ireland where she teaches a variety of biological based subjects to Molecular Biology and Agricultural Science students. She also co-ordinates a general interest “Wildlife Conservation” course, and regularly delivers mammal based workshops (pine marten, squirrels, otters and small mammals) for the National Biodiversity Data Centre. She obtained her PhD from WIT where she investigated non-invasive genetic methods to study red squirrel populations. Prior to that, she earned a BSc Hons in Applied Ecology from University College Cork. She previously worked on a citizen science based project called Mammals in a Sustainable Environment, and still finds that citizen science based research is the most rewarding.