Home » Return of the Quagga 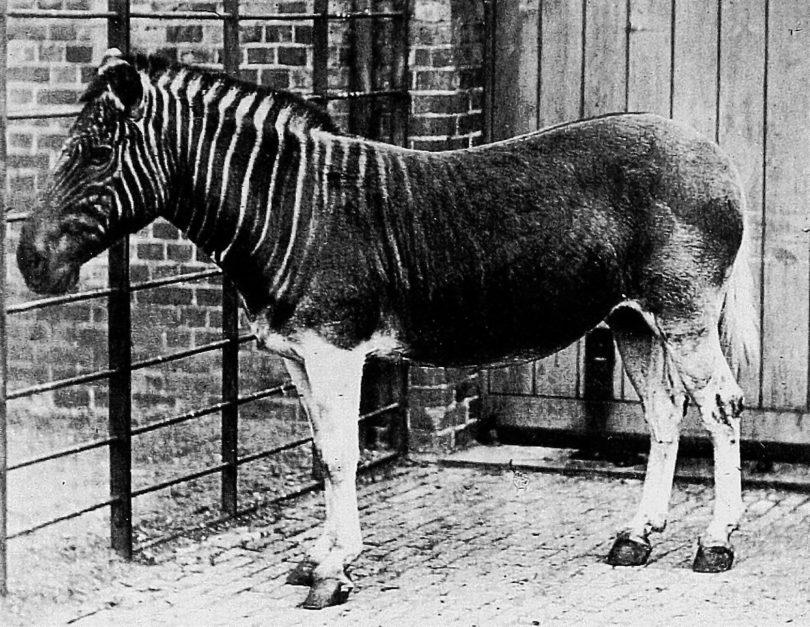 Is it really possible to restore an extinct species?  Kate Priestman looks at the case of the quagga…

Zebras are one of the most recognisable animals on the planet. Their striking pelage with its exquisite markings has made them a reference for fashion houses and designers alike. However, this beautiful African equid has suffered at the hands of humans who have hunted them for their skins and meat (and continue to do so), and in the case of the quagga, have pushed them to extinction. 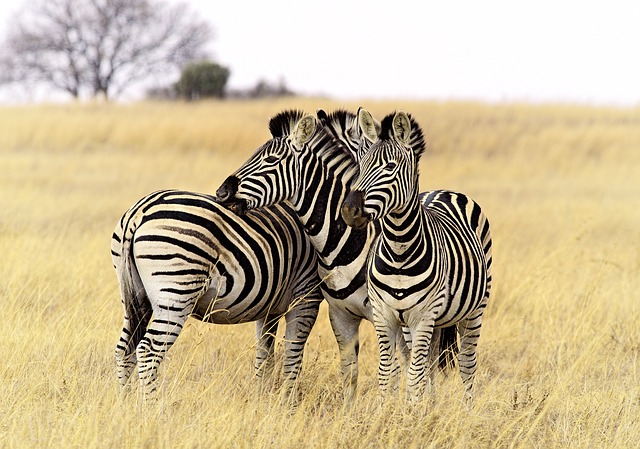 The quagga is categorised as a subspecies of the plains zebra – Equus quagga quagga – which is the most common species, distributed across much of southern and eastern Africa.

Zebras are found in a variety of habitats, such as grassland, savanna, scrubland and coastal hills. Although zebra species can have overlapping ranges, they do not interbreed. 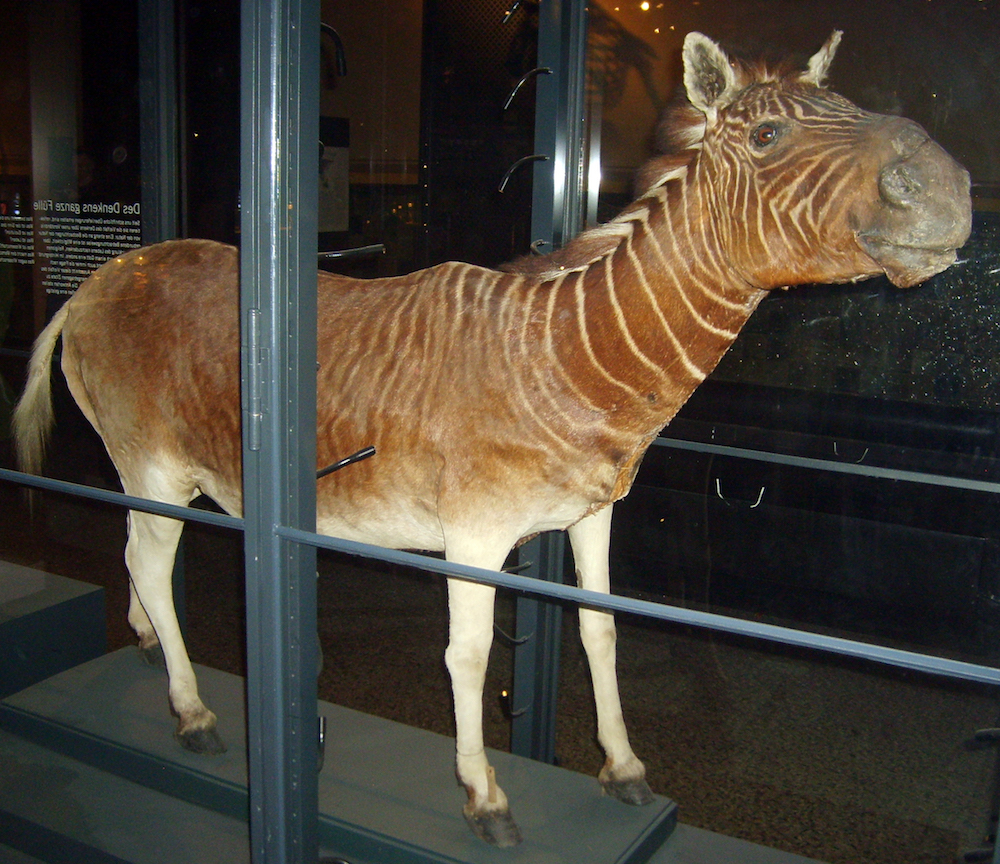 The quagga differed from other zebras by only having stripes on the head, neck and front portion of its body, with brown colouring over the rear of its body. They lived in the drier parts of South Africa, associated with grassy plains.

Genetic research indicates that the quagga descended from a population of plains zebras that was isolated in the Pleistocene; the reduction in striping has been explained as a possible adaptation to living amongst open-country habitat.

Extensive hunting in the nineteenth century led to the eventual extinction of the quagga, with the last known animal dying in Amsterdam Zoo in 1883. Only a single photograph of a living quagga is known to exist, along with a collection of skins that are held by various museums. 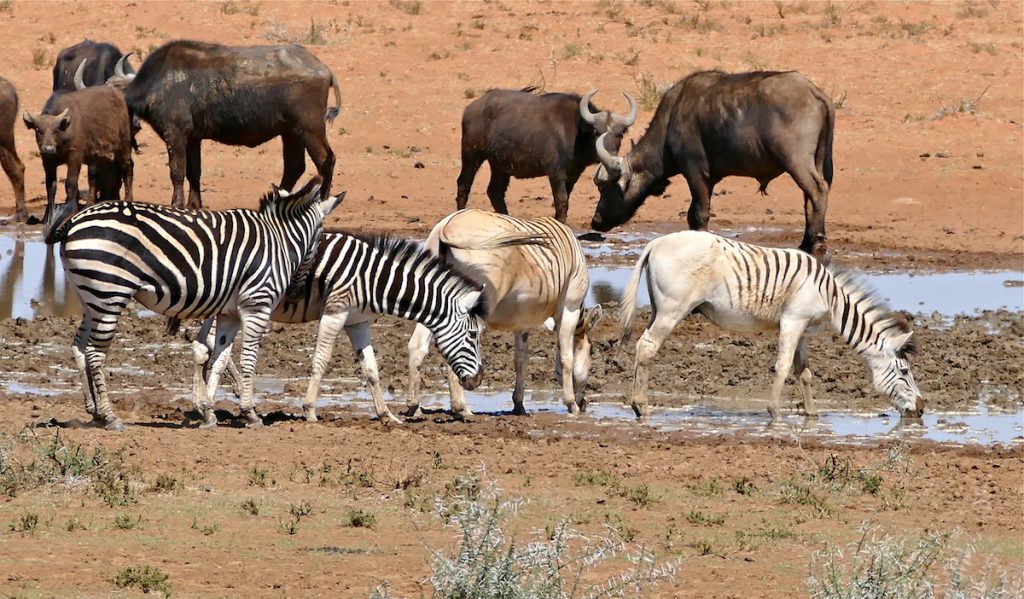 The journey to restore this species to the African plains is understood to have commenced in the late 1960’s by Reinhold Rau – a trained ‘fossil preparator’ – who discovered the presence of soft tissue samples on quagga skins. It was from these samples that DNA analysis was undertaken by the University of California (Berkley) in the early 1980’s. The results of the analysis showed that the quagga was a subspecies of the plains zebra, which was confirmed by later comprehensive DNA sequencing. Because the quagga was shown to be a colour variant of the plains zebra, there was considered to be potential to reinstate the quagga through selective breeding. The idea being that animals would be selected where aspects of their coat colour and striping patterns tended towards those of the quagga.

The Quagga Project has been doing just that. In 1987, nineteen plains zebra were selected from a variety of locations. These zebra exhibited a reduction in striping over the rear of the body or legs, and did not have a dark background colour.  As time progressed, those offspring with heavier striping were removed from the programme. It was estimated that four generations of selection would be sufficient to demonstrate the feasibility of selective breeding in restoring the quagga phenotype.

The Quagga Project has not been without controversy – some conservationists believe that even if an animal conforming to the pelage of the quagga were produced, it could not be described as a quagga because the original quaggas might have had other attributes that differentiated them from the plains zebra.

The project has seen some success in terms of producing animals that do look very similar to the extinct quagga as can be seen from the photograph above. Whilst the modern day ‘Rau quagga’ is not necessarily genetically the same as the original quagga, the colouration and ability of the animal to live in the native range of the original quagga is considered to be the aim of the project – on this basis, it appears that they are succeeding.