Home » A new London Plan for a greener London? 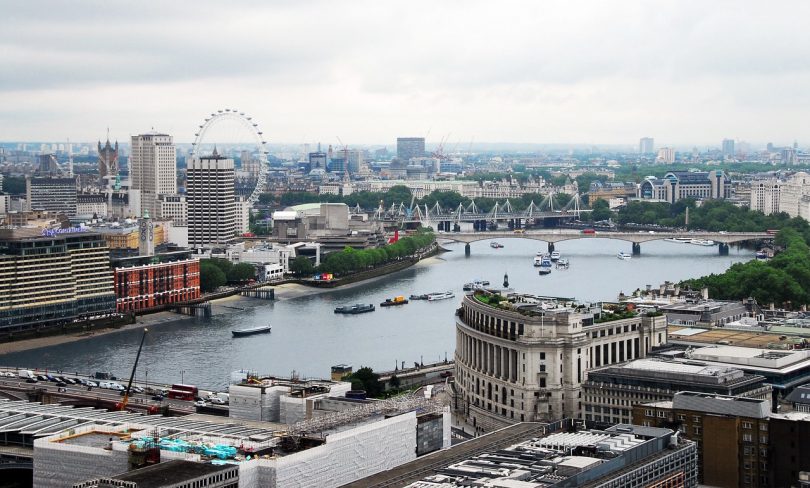 Morgan Taylor (Greengage Environmental Ltd), discusses some of the key points of the draft London Plan in relation to biodiversity…

Last November saw the relatively low key release of the Mayor’s draft New London Plan. This document provides a proposed update to the existing 2016 London Plan introduced by Sadiq Khan’s predecessor. Hidden amongst the headline grabbing air quality measures and 400 pages of dense policy documentation are nine policies relating to ‘Green Infrastructure and the Natural Environment’. These policies distil the high level environmental principles set out within the draft London Environment Strategy of last summer into tangible outcomes, representing a fairly progressive take on biodiversity within the planning framework.

This article is a critical review of the draft Plan in which I will focus on some of the key elements of these new draft policies, providing an insight into how they may be applied in practice, and what that might mean for ecologists and developers.

As an overview however, the key tenets of the Plan with respect to ecology include:

Inherently, the Plan offers an integrative approach across all environmental disciplines, so the analysis of the handful of cherry picked policies in this article should not be taken as an exhaustive summary of its reach. It’s therefore useful to appreciate from the outset how the Plan comprises the first London wide policy document to fully embed a multidisciplinary approach in such a cohesive manner.

Alongside this, the Plan also seeks to see a housebuilding boom, with 650,000 homes set to be constructed by 2029, 50% of which should be affordable. This comes at the cost of lost policies that restrict building in gardens and set limits on development density – two actions that could seem at odds with the environmental credentials elsewhere in the plan. The design of, and approach to future development in London will therefore need to be innovative, factoring in forward-thinking technology alongside multifunctional natural interventions. In this respect, green infrastructure represents the all-encompassing solution. Which takes us nicely to the first policy… 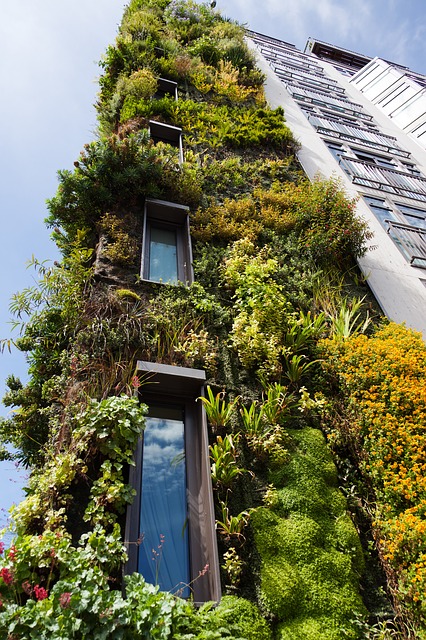 Policy G1 Green Infrastructure
The noteworthy aspect of this policy is the requirement for Boroughs to ‘prepare green infrastructure strategies that integrate objectives relating to open space provision, biodiversity conservation, flood management, health and wellbeing, sport and recreation’. This represents the potential for true evidence-based Development Plan and Opportunity Area Frameworks to be developed, where development approach (and location) is not just informed by the number and density of houses required, but by the ecosystem services required, e.g. does modelling show a greater than average risk of air quality related health impacts, flood risk or lack of access to nature?

It accepts the ‘function’ of green space and nature and stands to embed natural capital within decision making (I won’t venture into the pros and cons of using natural capital as a decision-making tool in this article, but let’s take this as broadly positive in this instance). To achieve this, the Plan references ecosystem service valuation techniques such as i-Tree, a potentially useful tool which allows for factors such as carbon sequestration and water storage capacity to be calculated based on urban street trees networks. This nonetheless misses the potential application of wider reaching toolkits which may also allow for valuation of health and well-being benefits or intangible measures that may require qualitative judgement, such as those elements assessed using the value transfer methodology.

A welcome review of the All London Green Grid is also mentioned; this would help set the regional context around which Borough can develop evidence-based green infrastructure strategy interventions.

With respect to how such policies may be applied, it seems probable that on a site basis, and particularly so when dealing with larger strategic regeneration schemes, developers and design teams will have to factor in green infrastructure provision to reflect identifiable ecosystem service provision need. This could therefore act as a useful tool to secure meaningful biodiversity enhancements in clear terms that developers and quantity surveyors understand. 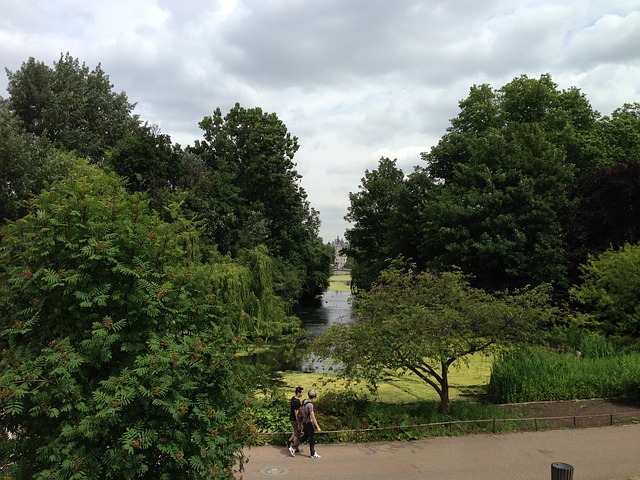 Policy G5 Urban Greening
The concept of biodiversity net gain has rightfully been high on the industry’s agenda in recent years. It’s accordingly a relief to see the requirement of quantifiable net gains embedded within policy G5, which proposes utilisation of a new Urban Greening Factor (UGF) model, based around the Green Space Factor (GSF). The policy suggests that all new predominantly residential developments must result in a gain of at least 0.4, with commercial development targeting gains of 0.3. This represents one of the first cohesive policies to encourage tangible measurement and quantification of biodiversity change using an established metric (barring trials of Defra’s offsetting calculator), however does risk undervaluing certain aspects of urban biodiversity, as well as opening up ecological measures even further to the dreaded risk of ‘value engineering’.

The Urban Greening Factor
Based around the GSF initiative from the Green and Blue Space Adaptation for Urban Areas and Eco Towns (GRaBS) project, a key driver of which was to reduce urban non-permeable surface cover, the UGF allows for comparison between pre and post development land use scenarios. The area defined as contributing to ecosystem function, i.e. through provision of target habitat space or reduction of surface water flood risk, is termed the ecological effective area. Different surface land uses (e.g. hard standing, grassland, open water) are assigned different factor measures, which are then multiplied by the area coverage of said surface type. The total sum of all factor scores weighted against the total red line area of the development plot provides the UGF.

Therein lies the first issue; inherently this represents a proxy of actual biodiversity value relying upon pre-defined factor multipliers, seemingly arbitrarily determined – amenity grassland is worth 0.4 whilst a biodiverse living roof is worth 0.8 for example. This clearly simplifies the issue in planning terms and risks removal of any kind of quality assessment, nuance and professional judgement – potentially another blunt tool to be misappropriated.

Another constraint of this approach is the tendency to only reward green infrastructure features that benefit surface flood risk, missing measurement of green space quality, e.g. an area of amenity grassland may be awarded more than the same area of sedum mat, or a particularly well installed, diverse living roof, the same as a species poor equivalent. When applied in Malmo, Sweden a ‘Green Points’ system was accordingly developed. Under the Swedish trial this points system does not feed into the GSF calculation, but forms a checklist of appropriate additional, non-land use specific ecological enhancement actions, 10 of which must be chosen for integration within each new development.

An amended points list to reflect UK conservation targets and site-specific conditions has not been provided at this time, but seemingly would represent a meaningful way of factoring in and, importantly, quantifying non-land-use based elements of ecological design within decision making; such as integrated bird and bat boxes or invertebrate habitat features. Allowance for case-by-case decision making on the appropriateness of additional enhancements would obviously still be necessary, but it would at least reflect a standardised framework for approach.

There are numerous other potential drawbacks, including lack of clarity on how this would be applied alongside other environmental benchmarking tools like BREEAM, and the risk that this would be seen to remove the need for technical known-how, replacing ecological judgement with a rigid calculator tool. Broadly speaking however, the UGF appears to be commendable and in effect seeks to secure biodiversity improvement.

Crucially, however, there is something lacking in the policy text: a statement saying, ‘new development will result in net gains for biodiversity’… 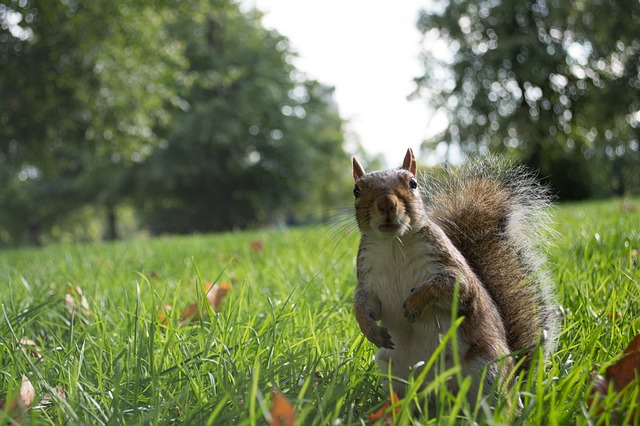 Policy G6 Biodiversity and access to nature
The draft London Environment Strategy from last summer outlines clearly how policies should ‘protect a core network of nature conservation sites and ensure a net gain in biodiversity’. Somewhere along the way however this seems to have been translated into ‘proposals which create new or improved habitats that result in positive gains for biodiversity should be considered positively’; a statement that is certainly not disagreeable but lacks the fundamental drive for local authorities to demand gains (a much clearer and unambiguous statement than requiring certain UGF gain thresholds to be met) in their respective Local Plan updates.

Another positive element in this policy which is subject to questionable application is the statement that ‘biodiversity enhancement should be considered from the start of the development process’. Again, this is clearly a meaningful action, but how this is secured or implemented is left unclear – it’s this potential lack of clarity that introduces the risk of misinterpretation or poor implementation of what could be an influential policy.

Conclusions
As noted in the introduction, this is just a snapshot of what may be perceived as the headline policy changes. The draft Plan includes 6 other Green Infrastructure and Natural Environment policies which are worth reviewing.

Time will tell how these London wide policies are translated in the arguably more meaningful Borough wide local plan policies they are designed to influence, but it certainly feels like things are progressing in the right direction. There are clearly some flaws, but thankfully, that’s exactly what the public consultation is for, so I would encourage everyone to review and comment.

Actions such as the National Park City are, in reality, marketing tools that will have very little direct influence on the actions of ecologists on a site-by-site basis. However, it does effectively help engage the public with the idea of valuing our natural capital, a topic that could otherwise be seen as conceptually impenetrable.

Let’s hope the final version of the Plan, due in 2019, represents a planning framework robust enough to pick up the slack that may be left in the wake of post-Brexit legislation and local authority cuts.

About the Author:  Morgan Taylor heads up the ecology team for Greengage Environmental Ltd. He has extensive experience of working in the field of urban ecology, designing and monitoring innovative green infrastructure (GI) on high profile projects. Morgan has inputted to industry guidance and academic research groups on GI and regularly delivers training on how to successfully integrate biodiversity in the built form within the planning framework of the UK.