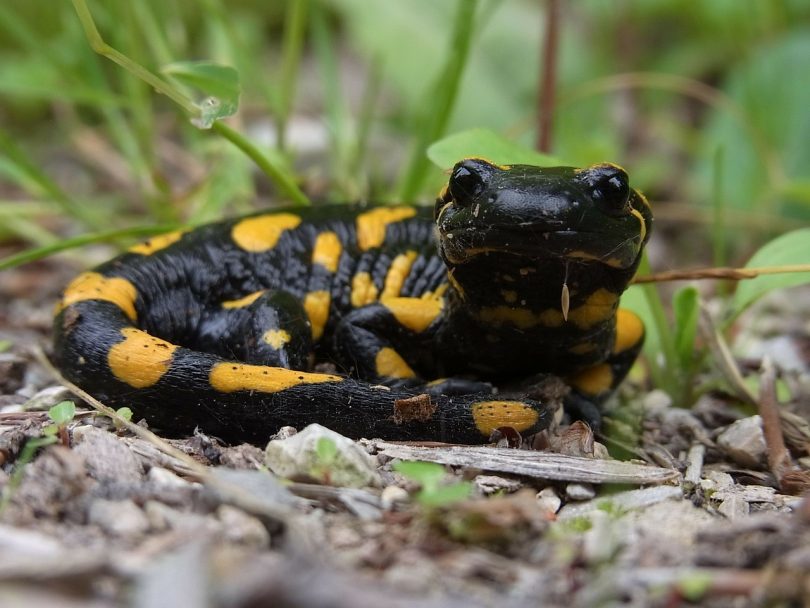 Laurence Jarvis (Head of Conservation at Froglife), takes a look at dichromatism in frogs and salamanders…

Size dimorphism, where one sex is larger than the other, is common in amphibians and occurs in approximately 90% of frog and toad families. However, sexual dichromatism, where one sex is a different colour to the other has only been documented in approximately 122 (17%) of frog and toad species. There are two types of dichromatism: dynamic dichromatism, where males undergo a rapid colour change prior to the breeding season; and ontogenetic dichromatism where one sex remains a different colour the entirety of its life once it has matured (Bell & Zamudio, 2012). Dynamic dichromatism occurs in 31 frog species but is probably under-recorded due to its ephemeral nature of only occurring for short periods around breeding. Ontogenetic dichromatism appears more common, being documented from 91 anuran species. However, our understanding of the mechanisms behind colour change in frogs is still limiting. 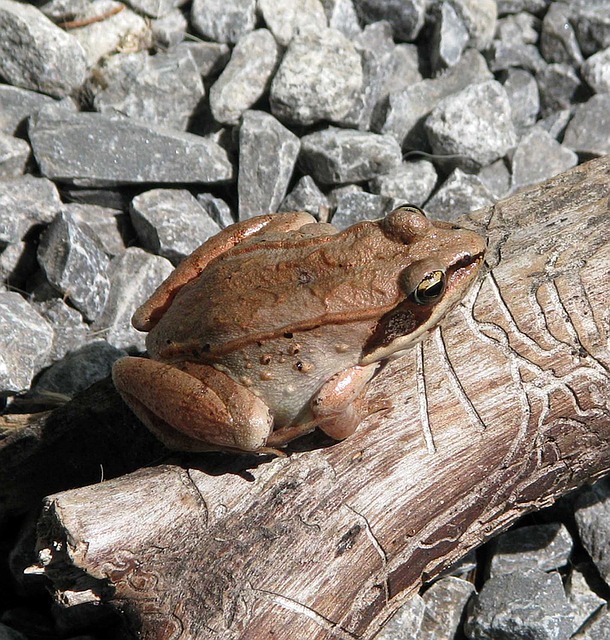 The Wood Frog (Rana sylvatica) exhibits ontogenetic dichromatism with males being tan or dark brown whereas females tend to be redder in colour. Previous experiments have shown that males are attracted to red females but are ambivalent towards darker coloured females. Being able to readily distinguish the sexes is likely to be important for Wood Frog males, as the breeding season may last only 1–3 days in early spring (March and April) and high male-male competition often results in only a small percentage of males succeeding in mating. Research by Lambert et al. (2017) has shown that sexual dichromatism in Wood Frogs is absent immediately after metamorphosis but develops and persists through the second spring and summer. Unlike some frog species, where the body colour change is almost instantaneous and lasts only a few days, the colouration alteration in Wood Frogs takes weeks to develop and lasts for several weeks after the breeding season. Currently, it is unclear which environmental conditions (e.g., light, temperature, food, etc.) influence the colour change after hibernation. It is also unclear why the frogs remain with colour dichromatism for extended periods when breeding only lasts a few days. It seems likely that the colour change has evolved as a result of both sexual and natural selection. Females which are redder in colouration are more easily identifiable by males during the short breeding season. In addition, the colour changes may provide the different sexes, protection from predation. Redder females are more camouflaged on the forest floor during terrestrial migration and may benefit from reduced predation. In contrast, the dark tan or brown males have greater camouflage whilst aggregating around ponds when they are at greatest risk from predators. Therefore the differences in colour between males and females in Wood Frogs may offer benefits for reproduction and survival. 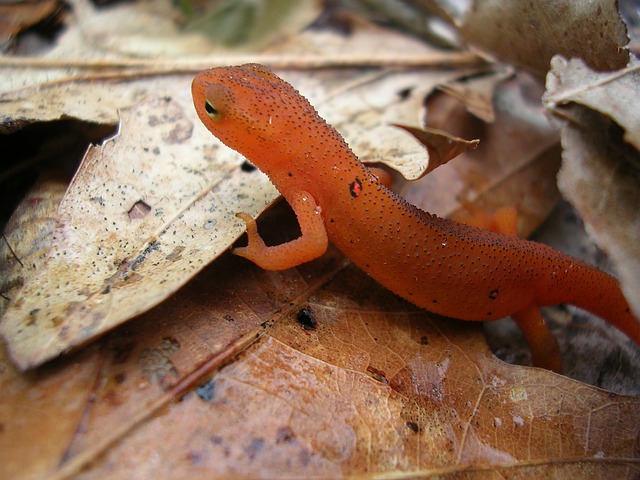 Sexual dichromatism is much rarer in newts and salamanders and has only been reported from a few species. The development of graphic software has enabled researchers to examine in more detail the dorsal patterning in relation to colour quality patterns such as hue, sat­uration, brightness, or quantity of each spot on the dorsal and ventral sides. Using such techniques in salamanders have revealed sexual dichromatism which was previously unnoticed to the naked eye. For example, in adult Red-spotted Newts (Notophthalamus viridescens) image analysis software was used to demonstrate that males have more intensely red dorsal spots compared to females. Recent work by Balagova and Uhrin (2015) on the Fire Salamander (Salamandra salamandra) has shown that males have a greater amount of yellow dorsal patterns compared to females. Since the reproductive strategy involves female choice, the authors hypothesise that females may be able to select males based on their dorsal patterns. In this species the dorsal patterns indicate toxicity to predators so a brighter individual with a greater amount of patterning may be more effective at deterring predators. The authors suggest that females may select males with brighter and a greater amount of patterning since they offer greater protection from predators and their offspring will inherit this characteristic. In addition, females may have a greater proportion of black colour to absorb more heat which would result in faster egg development.