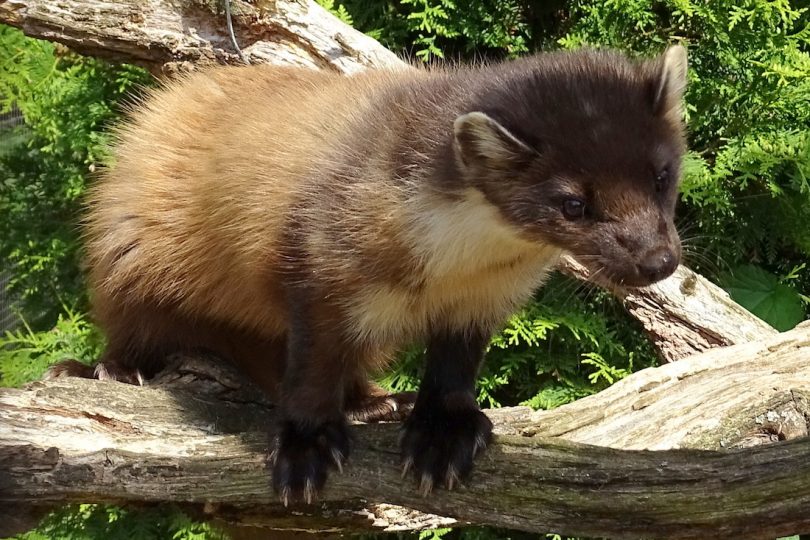 In the fourth article of Inside Ecology’s Careers Series, David Bavin talks about his role as Pine Marten Project Officer for the Vincent Wildlife Trust… 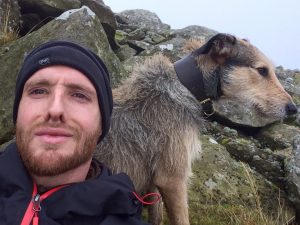 How did you get to where you are today?
I have been interested in wildlife for as long as I can remember, but it was whilst travelling in my early 20’s that my amateur interest started to develop a harder edge. I remember travelling in China, just before my 21st birthday, and being shocked by the industrial scale at which wildlife was being harvested to feed the rural population. It affected me profoundly, and formalised within me an imperative to pursue a career in conservation. I chose to study Zoology (with a marine focus, from my love of diving) at Bangor University, before moving on to a more applied course in Wildlife Biology (MSc) at Edinburgh Napier University. During the MSc I was encouraged to pick a species to specialise on, and being fascinated by carnivores, chose the pine marten (which seemed little known or studied at the time). My MSc dissertation took me to the Flow Country in Sutherland, where I worked on an RSPB project, investigating the decline in breeding success of the common scoter – focussing on the possibility that mammalian carnivores were having an impact. This experience led to an unpaid position as field assistant with Laura Kubasciewicz, a PhD student at Stirling University studying the pine marten populations of Abernethy and the Mar Estate in the Highlands. Both the previous projects involved the employment of non-invasive survey techniques, the latter aimed at ascertaining population estimates for the two forests. Following my work with Laura I was enrolled as a ranger at the Aigas Field Centre near Inverness. It was at Aigas that I received training as an all-round naturalist, becoming much more intimately familiar with our native wildlife and landscapes. When the season was up, I managed, with great fortune, to secure a job with the Vincent Wildlife Trust as Project Officer on their ‘People & Pine Martens in Wales’ (PPMW) project – this was against a strong field of candidates, and came directly down to my experience, though the MSc obviously helped. I moved to Wales in the autumn, where I have been based ever since, graduating from the PPMW project to the pine marten recovery program that we are currently involved in. 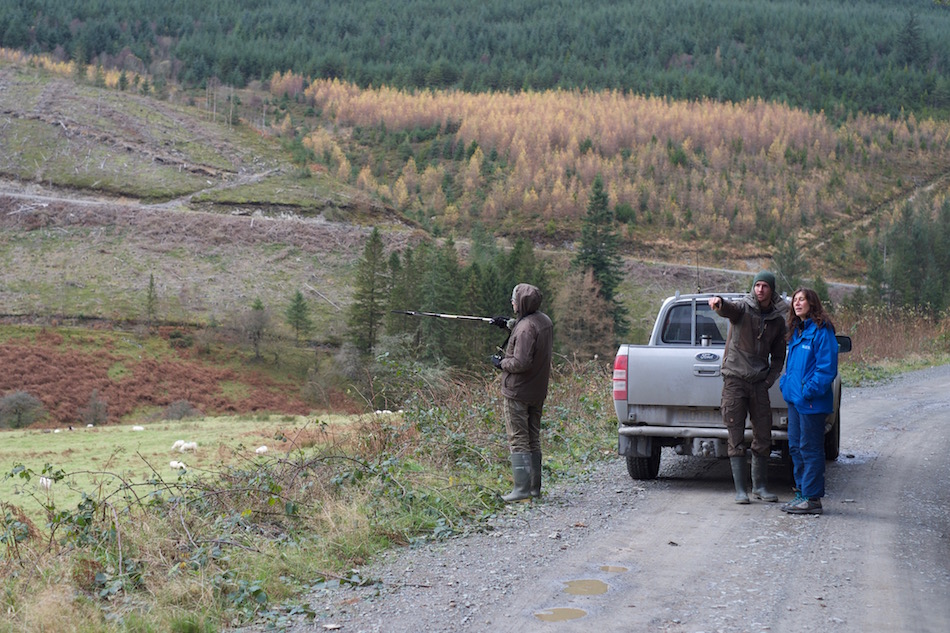 What does your job comprise?
My job is highly varied. During the translocation phase of our recovery project I was almost entirely field based, working within a small team. This involved setting up soft release pens in collaboration with Chester Zoo, and being responsible for husbandry of the pine martens pre-release. On release, we radio tracked each marten, aiming to check in on each individual once every two days. This involved much search and travel with the vehicles, before using the telemetry equipment to triangulate their positions. We also use camera traps and other non-invasive techniques to keep tabs on them. When not in the field, I give talks, write blogs, and use social media to raise awareness of our work. I work as closely as possible with the local community to mitigate potential issues, particularly with the shooting and farming fraternity who have had concerns over the project. This forms part of my PhD research, which I conduct part time around the job. The PhD comprises the main research element of my work, though when in the office I also spend time writing reports, managing data, and liaising with members of other conservation NGOs and interested organisations. 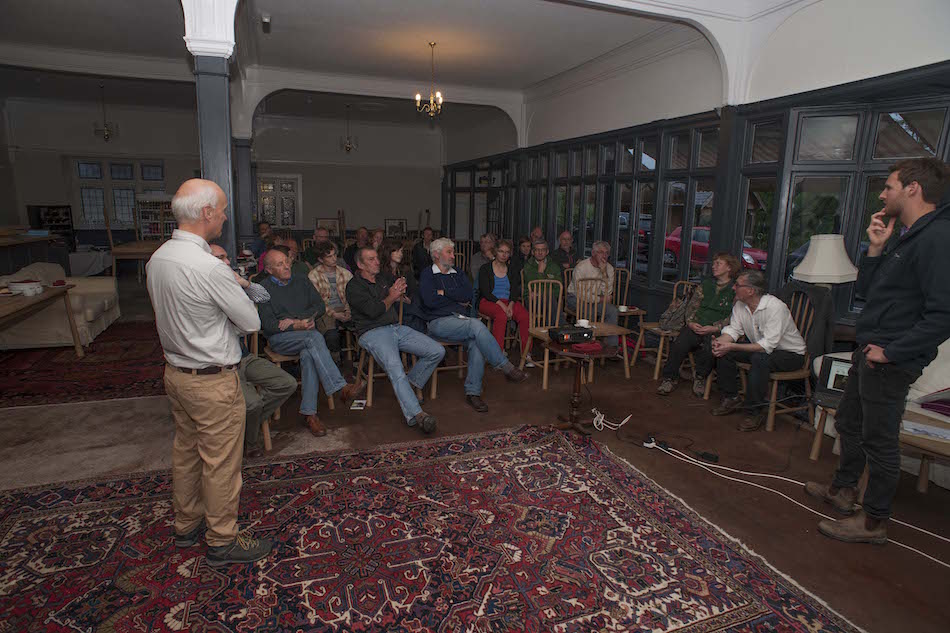 Are there any ‘must-have’ qualifications and/or experience?
A broad knowledge of ecology is desirable in order to be an effective advocate for this type of work (species recovery and ecological restoration). Good communication skills are essential – some of the most significant work we do involves engaging the local community, often talking to people who oppose our work, and building relationships with organisations that have been traditionally perceived as in opposition to conservation. A willingness to try public speaking is desirable – though we most often present our work locally, we also give talks all around the country, and I recently presented elements of our research at a European conference in France. Being able to clearly interpret and communicate our work, greatly increases our impact. We do a lot of driving at night, in inclement weather in remote areas, so competent driving skills are a must, as is the ability to work effectively under stress when tired.

Familiarity with mapping software, particularly ArcGis or QGis is desirable, as is a working knowledge of the R stats package. Otherwise, tolerance, resilience, initiative, creativity and optimism are the key ingredients! 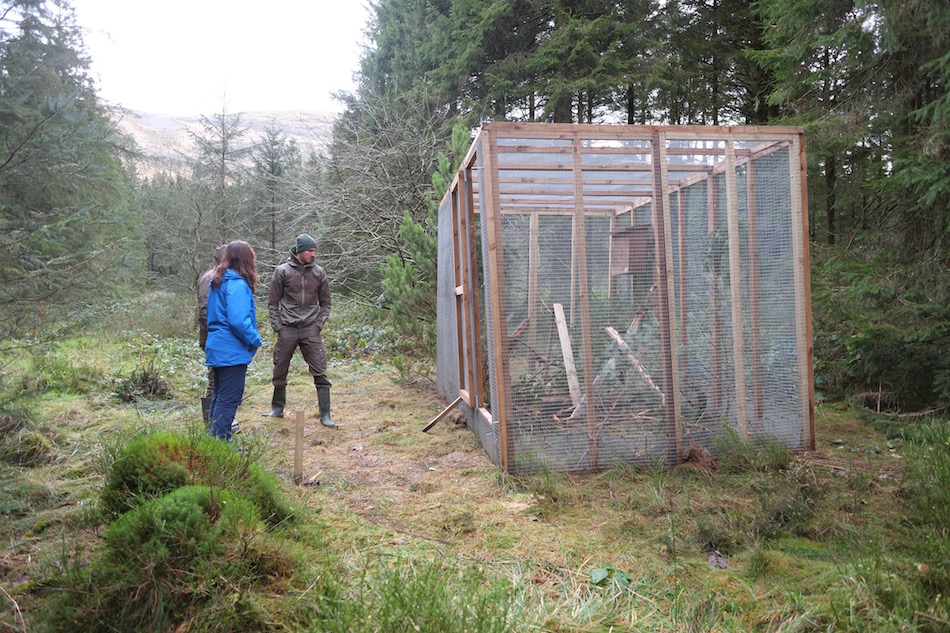 What are the pros?
I work for a dynamic, growing organisation that allows its staff the freedom and independence to work to their strengths. It is a huge privilege to be working on the first major carnivore restoration project in Britain – a dream come true in fact – which has provided me with the opportunity to learn desirable skills associated with translocating and monitoring wild animals. The work has allowed me to develop as a conservationist, addressing a wide range of issues such as the ecological, social, and biological feasibility of reintroductions. These will be important in the future as restorative approaches become more widely adopted. It has also allowed me to do a PhD, which has always been an ambition of mine. Spending so much time in the field has brought me into contact with some brilliant naturalists, from whom I have learnt a great deal, and I have had some wonderful wildlife (and human!) encounters whilst tracking in the remotest parts of Wales.

What are the cons?
For me, there haven’t been many cons. The actual translocation phases of the project were very stressful, and the team was under pressure to ensure, as best as we could, that the project was as much of a success as we could determine, given the great financial, logistical and energy input from staff over the two years preceding the first translocation. Ecological projects such as this tend not to conform to usual work hours, and demand much time and dedication; my personal interests and social life took a back seat for the first two years of translocations – my life balance went out the window, and I was worn out after the second tranche. 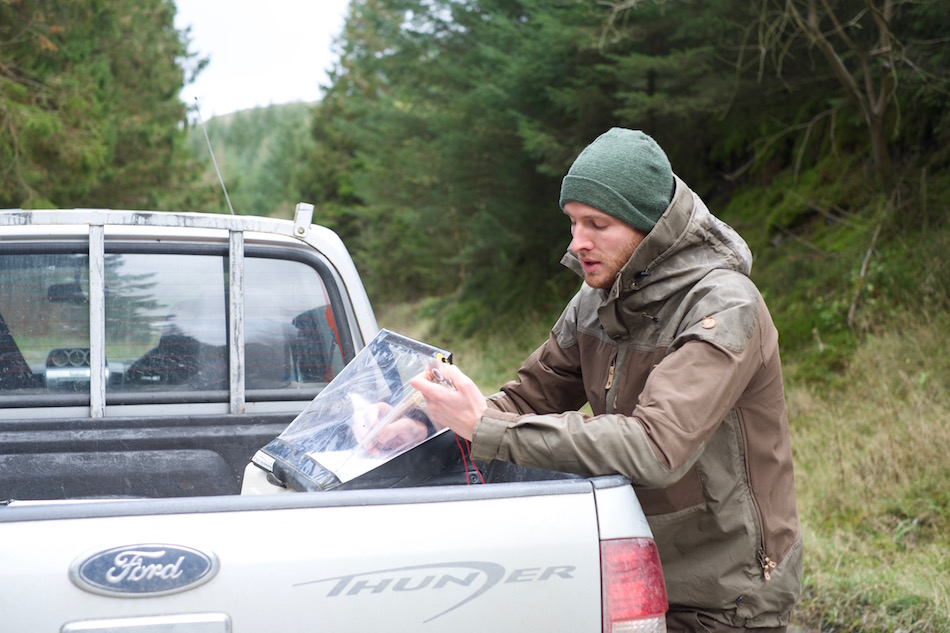 What advice would you give to someone setting out on a similar career path?
Go for it. Conservation needs innovative young people who can harness emerging theory and technology to combine with the experience and craft of established conservationists. It is valuable to be a jack of all trades, but also desirable to have a particular skill or speciality that you become known for – whether that’s competency in a technique, or species specific knowledge. It’s important to have a supportive network around you, be it friends, family or colleagues, and hobbies or pursuits that take you mentally out of your work. Conservation can seem hopeless and daunting when you are aware of how massive the challenges we face are, and how much is at stake. It’s important to remain positive, focus on the good you are doing, and look after yourself, physically and mentally.

About the Author: David Bavin is a conservation biologist with particular interesting in species reintroductions, ecosystem restoration/restoration ecology and human-wildlife conflict. David has been working for the Vincent Wildlife Trust since 2012 on two different projects targeted at the pine marten, but also gets involved in wider conservation initiatives and other species specific work within the trust. He is currently the Project Officer on the Pine Marten Recovery Project which seeks to restore a sustainable pine marten population to southern Britain, where still appropriate. David is also currently conducting a PhD, part time with Exeter University, under the supervision of Professor Robbie McDonald (University of Exeter) and Dr Jenny Macpherson (VWT), addressing questions relating to how we can improve conservation translocations. David maintains a keen interest in marine biology.