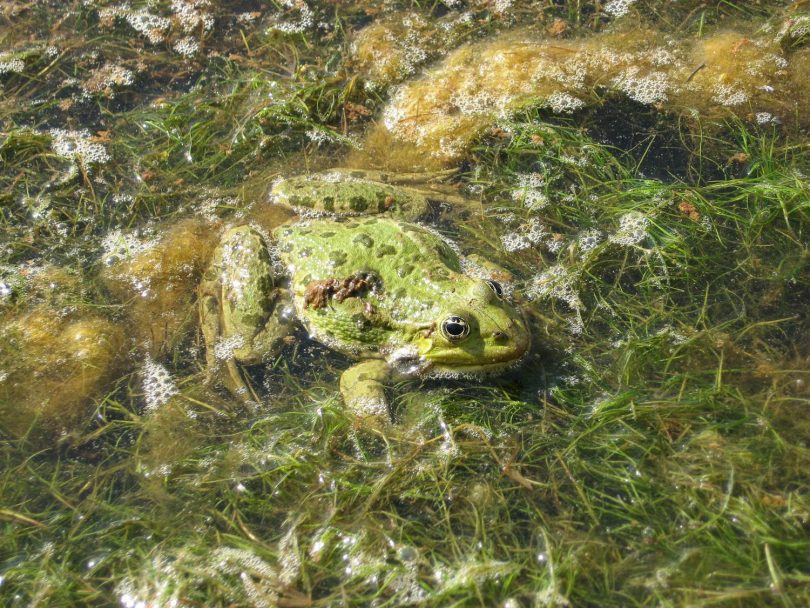 In the last article of our ‘Invasive Non-Native Species’ series, Elizabeth Kimber looks at the marsh frog…

Marsh frog (Pelophylax ridibundus) originate from the eastern half of Europe into western Asia.  They were regularly imported into the UK from the late nineteenth century and were introduced to the Walland Marsh in Kent in 1935, from Hungary.

Marsh frog are now predominantly found in south-east England, with populations in Devon, Bristol, Isle of White, Norfolk and Cornwall. 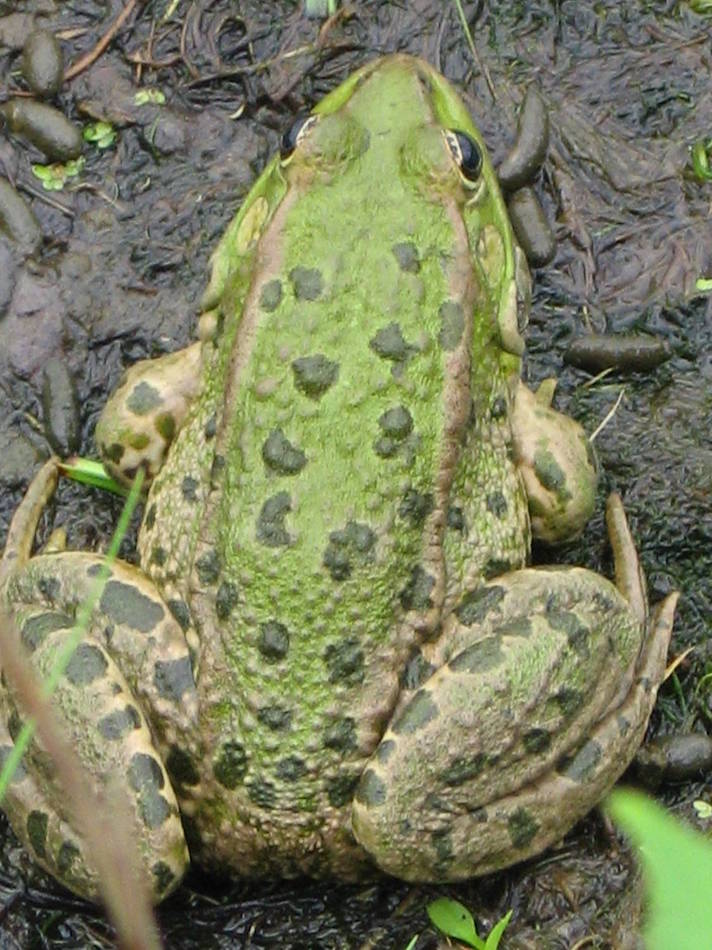 Habitat suitable for marsh frog includes similar habitats to our native amphibians, favouring ponds and streams along with marshland dykes and fisheries. There has been evidence to suggest that the marsh frog can utilise rivers to increase their range. The marsh frog is active both during the day and at night, basking in sunshine during the day.

Impact
The main impact from marsh frogs is likely to be on our native species, both by predation and by carrying diseases to our native amphibians.  Hybridises with closely-related species and thus could affect native (re-introduced) pool frogs if the range extended.   Marsh frogs can be a significant prey item for grass snakes in some areas.

The marsh frog is known to be a vector of chytridiomycosis which can be a threat to native amphibians. Infections of chytridiomycosis in native amphibians affect individuals by attacking their skeleton and skin. The chytrid fungus is waterborne so can accidentally be spread between waterbodies. This makes it critical to disinfect all footwear and equipment before moving to other waterbodies to avoid spreading the disease. 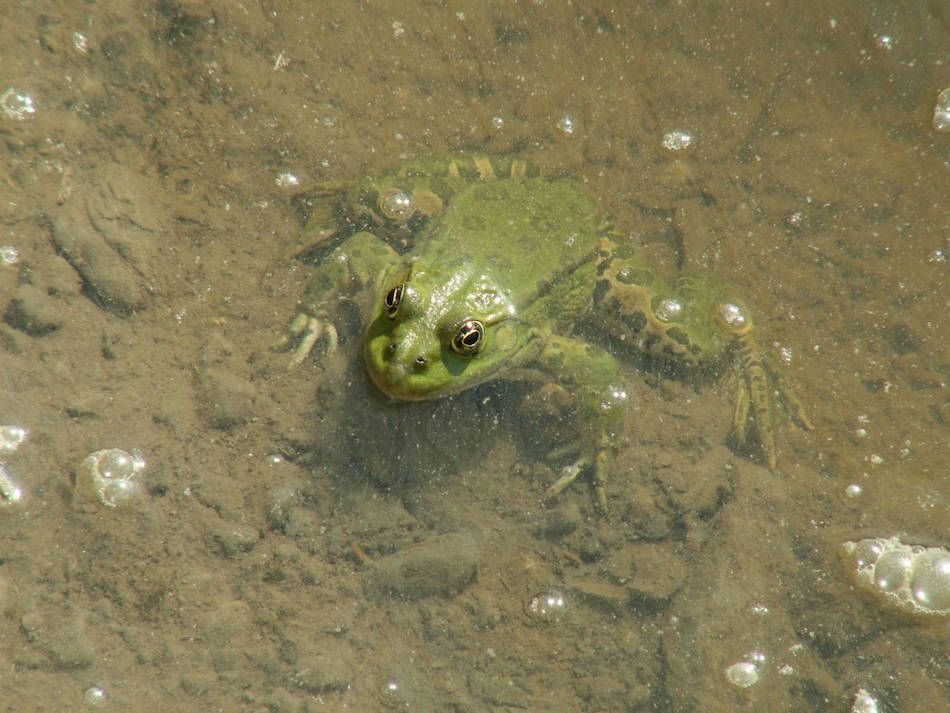 Legislation
Legislation which attempts to control the distribution on marsh frog includes Schedule 9 of the Wildlife and Countryside Act, which makes it illegal to distribute or allow the release of marsh frog into the wild.

Control Measures
Currently there is no requirement to manage the population of marsh frog in the UK, as this would be challenging to achieve and would require identification of each individual to ensure no harm to any native species.