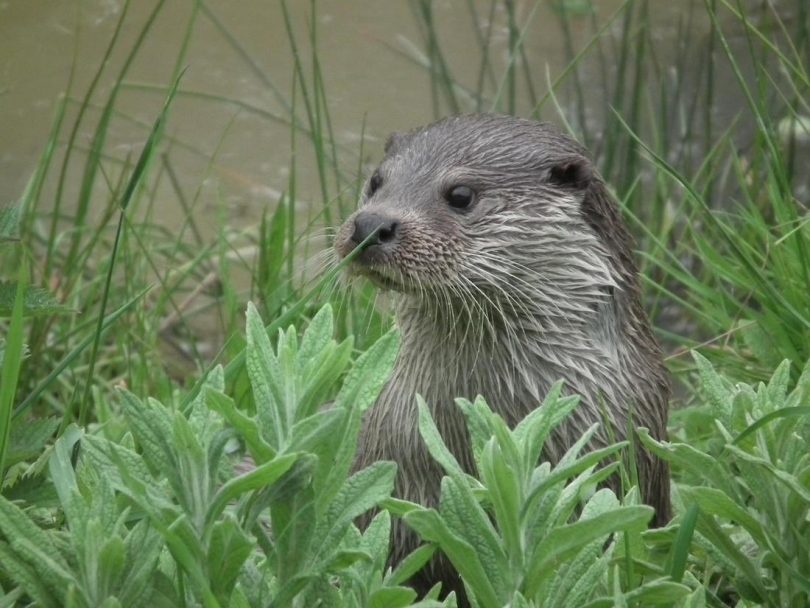 In this article, Samantha Mason details the findings of otter surveys in Birmingham…

History of The Eurasian Otter
Otters are one of the UK’s best-loved animals. Today, we’re lucky enough to have otters in many of our freshwater ecosystems, but the history of the Eurasian otter is not a simple one. The otter could once be found widespread throughout the British Isles, but around the years of 1957/58 we saw huge declines in populations of the otter, happening simultaneously across Britain (Conroy and Chanin, 2000). The declines were linked to a number of factors including the introduction of harmful insecticides, habitat loss, persecution, decline in fish stocks and road traffic accidents. The declines continued for the next decade, and did so at such alarming rates that by the mid-1970s, this once widespread species became limited to very small, fragmented populations (Jones and Jones, 2004).

At this point it looked as though the most likely outcome for the Eurasian otter was extinction in the UK. But then there came a gradual expansion in their distribution from the otter strongholds that had remained (Mason and Macdonald, 2004). Reductions in levels of harmful pollutants, laws to protect otters from hunting, reintroduction programs, and other positive interventions meant that the otter had been given a second chance.

We recently celebrated the fact that the otter has returned to every county in the UK, a huge conservation success. However, this should not give us the opportunity to become lax on conserving this vulnerable species, particularly for the centre of the UK, where otter numbers remain lower than the rest of the country. With this in mind, last year I set out on a mission to see how much otter activity there was in my local area of Birmingham and the Black Country, focusing particularly on one of the counties most famous features, its canal network. 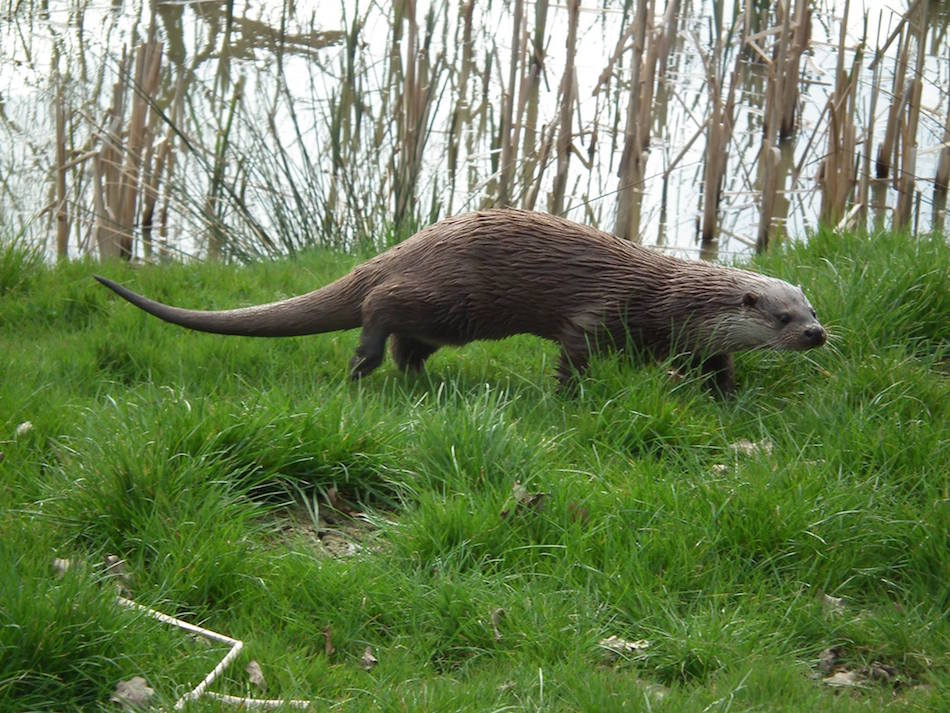 Birmingham: “More Canals Than Venice”
The canals of Birmingham are areas perhaps not associated with wildlife. Historically, the extensive canal network paved the way for the city to have a head start in the industrial revolution, but post-industry they became largely forgotten about, left to become disused and heavily polluted (Webster, 2001). Nowadays, however, the canals tell a different story yet again, no longer used as corridors for industry, but rather, as corridors for wildlife.

These wildlife corridors are vital for species trying to cross the urban metropolis that is, Birmingham. It has been already documented, both officially and unofficially, that many species are using the canals in Birmingham, but up until last year it hadn’t been looked at in any detail whether one of our most charismatic species, the otter, was using the canal network.

Studying the otter is particularly interesting in light of it often being termed as an ‘indicator species’ (Crawford, 2002). Therefore, if otters are present in canals it could tell us a lot about the condition the canal is in, and how well we are doing in our aim to clean up canals from the polluted state they were left in, post-industrial revolution. Furthermore, most previous studies on otter abundance, distribution or behaviour have focused on other freshwater habitats such as rivers; with only one study (to my knowledge) published, which looks at otters in canals in Poland (Kloskowski et al., 2013). Finally, canal towpaths offer easy walking routes for people of all abilities, and in Birmingham a canal is never too far away, therefore surveying canals offered a great opportunity to both engage and educate the general public whilst also gathering vast amounts of important data. 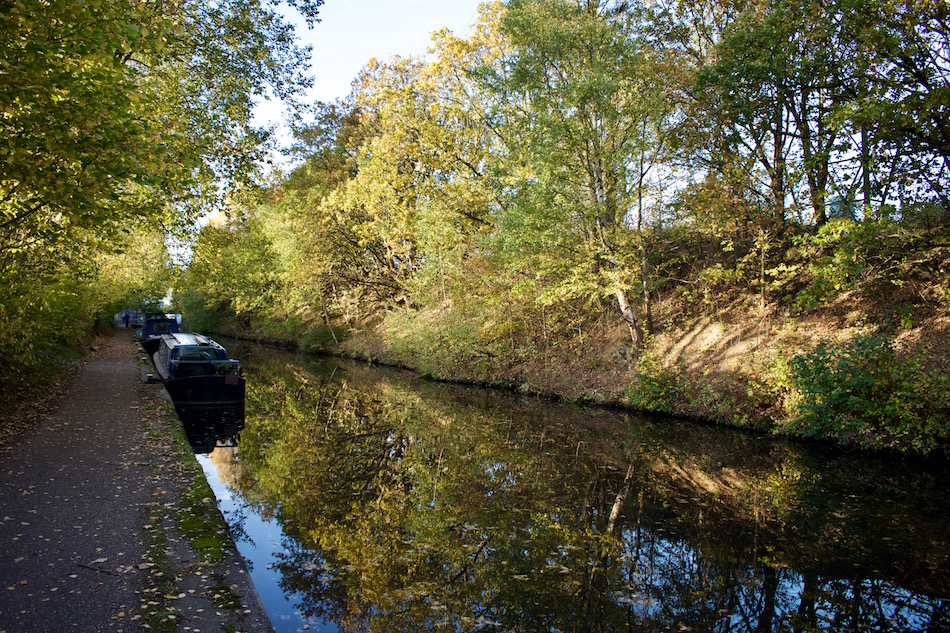 The Otter Canal Survey 2017
The survey took place from January through to April 2017 and with the help of almost 60 volunteers we surveyed 194km of canal, stretching over multiple West Midland counties. Volunteers were given a 2-3km stretch to survey for up to six weeks, checking for otter spraint under every canal bridge, lock, intersection or overflow channel.

In total, spraint was recorded at 77 bridges, 3 locks and 4 overflow channels. This was more otter signs recorded than the sum of all signs and sightings reported to the local wildlife-recording centre, EcoRecord, and the Canal and River Trust in the past 17 years!

Most counts were around the periphery of central Birmingham. The canal with the most spraints was the Staffordshire and Worcestershire, closely followed by the Stratford-Upon-Avon and then the Grand Union. There were also a number of bridges on the Birmingham and Fazeley where fresh spraint was found every week for the six week survey period. Some spraints were found closer to the city centre, such as one found very close to the University of Birmingham on the Worcester and Birmingham Canal. It is impossible to determine exactly how many otters are using the canal system without doing DNA fingerprinting, which was beyond the scope of this study. However, we did send just a sample of the spraint off for DNA testing to determine the sex of the otter whose spraint we found; the results: female 4, male 22, undetermined 14.

Although DNA fingerprinting was not a possibility in this study, the locations of the females and males in the study area can give an indication of the minimum number of otters in an area. All of the fresh otter spraints, which yielded information about the sex of the otter, were collected within 2 days of each other. Therefore, assuming otters travel on average between 4-7km each day it can be assumed that there are two female otters found in this study, one on the Staffordshire and Worcestershire (South) and one on the Grand Union canal. The same assumptions can be made to say that there are at least three male otters, one on the Staffordshire and Worcestershire (North), one on the Birmingham and Fazeley (North) and one on the Grand Union/Stratford Upon Avon/Worcester and Birmingham canal. Otters can travel greater distances than 7km each day, however, considering how many times fresh otter spraint was found in these areas (often once a week), it is unlikely that all of the male spraints found in this study belonged to just one otter. I must stress however that these are only my own deductions; the only way to get definite answers would be by sending more spraint samples off for DNA fingerprinting. 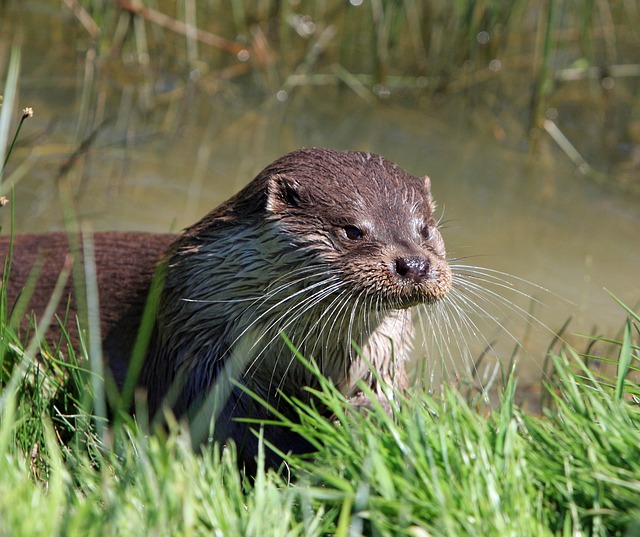 So what’s next?
Last years survey told us an awful lot about otters in the Birmingham canal system, but I hope this is only the beginning! Firstly, the survey showed which types of canal habitat otters were using and which they were not. This highlights which areas of canal may need more work in terms of habitat management, or even habitat creation, in order for them to be more accessible to otters, as well as all the other species that are likely to use this same habitat. It also showed the potential physical barriers otters have to dispersing through the canal system, such as the Wolverhampton Locks, which appear to be stopping otters from dispersing towards the city centre from the Staffordshire and Worcestershire canal. More research into how we could overcome these barriers, perhaps with structures such as bridges or bypasses, could help otters to disperse through urban areas, which tend to have a lot of these physical barriers. Secondly, whilst organising the survey it came to light just how little is known about the severity of other potential threats to the otter and other freshwater species, things such as abundance and diversity of fish stocks, chemical water quality or presence of invasive species such as the American Mink. The crash of the UK otter population in the 1950/60s showed how vulnerable this species is to such threats; in order for this not to be repeated these threats need to be monitored rigorously and regularly.

Finally, and for me most importantly, I think it highlighted the importance of species monitoring, and how many species (in particular mammals) are so under-recorded that the distribution data we have is not representative of the real situation. How are we supposed to undertake appropriate conservation measures, protect habitats or even inform government policy to protect vulnerable species like the otter if we don’t even have the baseline data to support it? Whilst all this sounds rather ‘doom and gloom’ the overriding positive outcome of this survey was the overwhelming amount of enthusiasm and support I got from a whole host of different people. With increased collaboration between academics, conservation organisations, wildlife recording centres and the general public/’citizen scientists’, the next decade could be a real turning point in how we monitor, research and conserve the natural world around us, both thoroughly and effectively.

About the Author: Samantha Mason studied at the University of Birmingham for an undergraduate masters (MSci) degree where she worked alongside the Canal and River Trust to investigate otter activity in the Birmingham canal network. Since then she has set up and now chairs the Birmingham and Black Country Mammal Society (bbcmammals.org), with the aim to improve current distribution maps for all mammal species in the area. As well as this, she is currently studying for a PhD at Durham University, working on the MammalWeb project (www.mammalweb.org), a citizen science project for people to both upload and classify camera trap images. You can find her on twitter (@SammyMason25) where you’ll see updates from the many projects she is involved in.