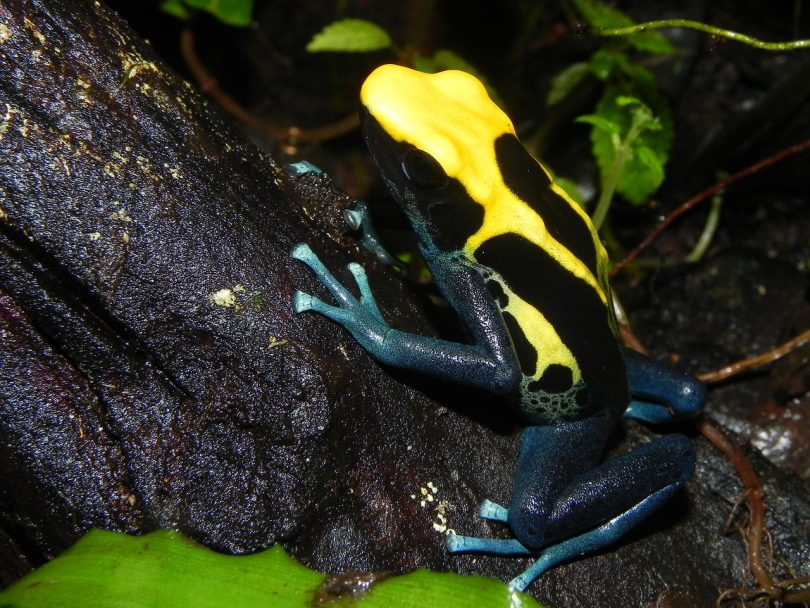 Laurence Jarvis (Head of Conservation at Froglife), takes a look at the research associated with territorial behaviour of frogs and salamanders…

Within the amphibians, territorial behaviour is usually confined to the breeding season, when males will often aggregate to attract females. Males from many amphibian species form leks, where each male will display or call from a defended area to attract females. These loosely defined territories are usually only temporary and occupy the immediate area around the individual. However, there are several groups of amphibians which exhibit more complex and permanent territoriality, such as the plethodontid salamanders from North America and poison dart frogs from South America. Poison dart frogs (Dendrobatidae) exhibit complex spatial behaviour, including territoriality. Individuals typically occupy a defended home range and transport eggs to a variety of small water bodies, usually within the axils of plants.

Allobates femoralis is a diurnal dendrobatid poison dart frog, living in moist tropical forests of South America (Figure 1). Males defend a territory of approximately 13m2 (Pašukonis et al., 2013). Previous research on the territorial behaviour of A. femoralis shows that 80% of males translocated to distances of 200m from their territories, returned and 30% showed a return success rate when translocated 400m from their home site (Pašukonis et al., 2013). Pichler et al. (2017) recently carried out homing behaviour experiments on A. talamancae, which has similar ecology to A. femoralis. Pichler et al. (2017) found that 70% of individuals that were moved over 200m from their territories were able to return. In addition, they found considerable differences in the return time between individual frogs. Some frogs that were translocated 20m, took 11 days to return, whereas others that were moved 200m, took only 3 days to find their way back to their territories. These differences could be due to a range of factors including: an individual’s fitness, familiarity of their territory, motivation to return, as well as environmental factors such as habitat type and the number of distinctive homing markers. These studies show that such territorial species have excellent spatial awareness and are able to return to their known territory even after being moved outside of their normal home range. 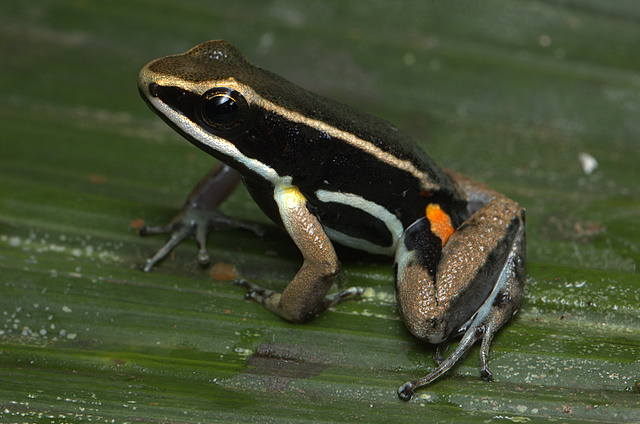 Figure 1: Allobates femoralis is a poison dart frog which is able to relocate its own territory after translocation. (Photo credit: Alessandro Catenazzi / Wikimedia Commons)

Frogs exhibiting territorial behaviour, often defend the boundaries of their territories using a variety of vocal calls. However, recent research has shown that males are able to discriminate between established neighbours and unfamiliar strangers. This so called ‘dear enemy’ effect (Fisher, 1954), may serve to allow territory holders to avoid the costs of repeated aggressive encounters with familiar occupants of nearby territories, which are likely to pose less of a threat than less familiar individuals. The olive frog (Babina adenopleura) is a common species throughout Southeast Asia. Males defend small territories using distinctive vocal calls and physical combat. Males produce a variety of calls including advertisement, encounter and territorial calls. Recent research by Chuang et al. (2017) has found that territorial males respond more aggressively towards strangers compared to known neighbours. These findings demonstrate that in this species, males are able to perceive and behave differently towards vocal calls from different intruding males.

Many species of plethodontid salamanders native to North America exhibit territoriality, defending cover objects or areas with high prey availability. Territories are defended by pheromone markers and distinctive body postures, which sometimes escalate to biting if the intruder does not withdraw. One territorial behaviour has been termed the ‘‘All Trunk Raised’’ (ATR) posture, where the salamander lifts its entire trunk off the substrate. It is thought that this makes the individual look larger and is energetically costly. In response to threat behaviour, individuals can retreat or assume a submissive posture. The ozark zigzag salamander (Plethodon angusticlavius), is found in southwestern Missouri, northwestern Arkansas, and western Oklahoma in streamside woodlands under rocks, logs, and leaf litter. Recent research by Bortosky & Mathis (2016) has shown that ATR is an honest signal that shows aggressive intent. Individuals that spent more time in the ATR posture, were more likely to bite intruders than ones which spent less time in ATR. The authors also found a correlation between the ATR posture and energetic activity, which indicates that it is costly to maintain the ATR posture. These findings support the hypothesis that aggressive encounters are more likely to be settled when the ATR posture is used by a male and this is the result of an honest signal. 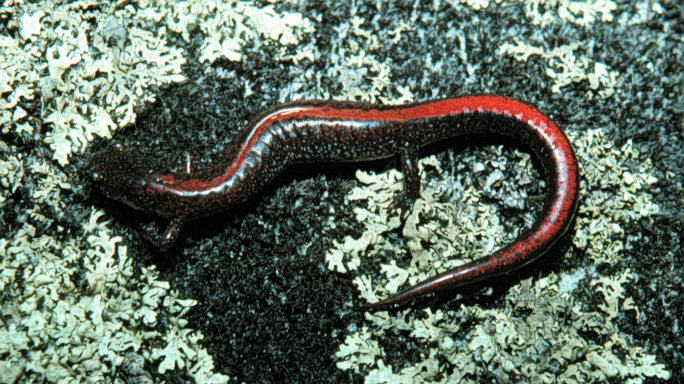