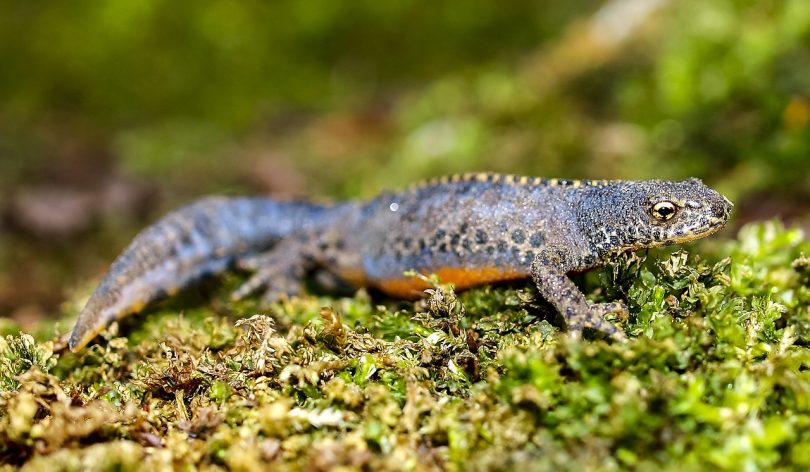 As part of our invasive non-native species series, Elizabeth Kimber focuses on the Alpine newt…

The Alpine newt (Mesotriton alpestris) is native to central Europe. The first individuals were recorded in Newdigate, Surrey during the 1920’s. There are approximately 40 other populations in Britain where the Alpine newt has become established, generally as a result of deliberate introductions into gardens and parks. 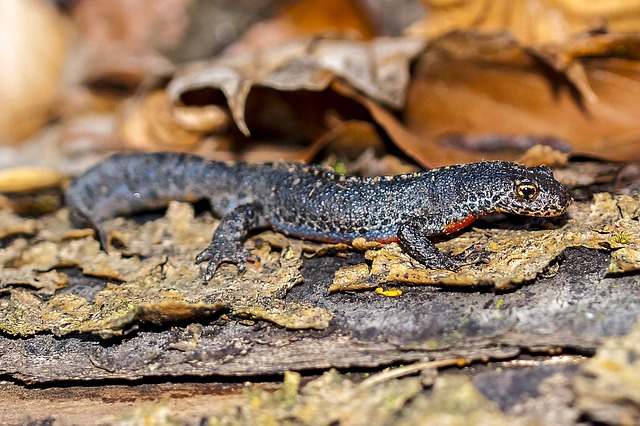 Identification & Ecology
The adult Alpine newt is up to 11 centimetres in length, and dark in colour; often there is a marbled pattern and blue tinge to the newt. The belly of the Alpine newt is bright red/orange, with few or no spots. Dark spots are present along the sides and tail, and during the breeding season males may develop a yellow-ish crest with black spots or bars.  Colours darken when on land and the skin has a granular appearance.

The Alpine newt favours wooded areas, and ponds with vegetation that does not have populations of fish present. They are active at night, but may be seen during the day, especially in the breeding season or following rain. Adults feed on invertebrates, while larvae feed on small aquatic invertebrates such as water fleas. Alpine newts hibernate on land, emerging from hibernation in the early spring for the breeding season.

Impact
The Alpine newt is known to be a vector of chytridiomycosis which can be a threat to native amphibians. Infections of chytridiomycosis in native amphibians affect individuals by attacking their skeleton and skin. The chytrid fungus is waterborne so can accidentally be spread between waterbodies. This makes it critical to disinfect all footwear and equipment before moving to other waterbodies to avoid spreading the disease. There are no known economical impacts from the Alpine newt as yet, because unassisted dispersal is slow. 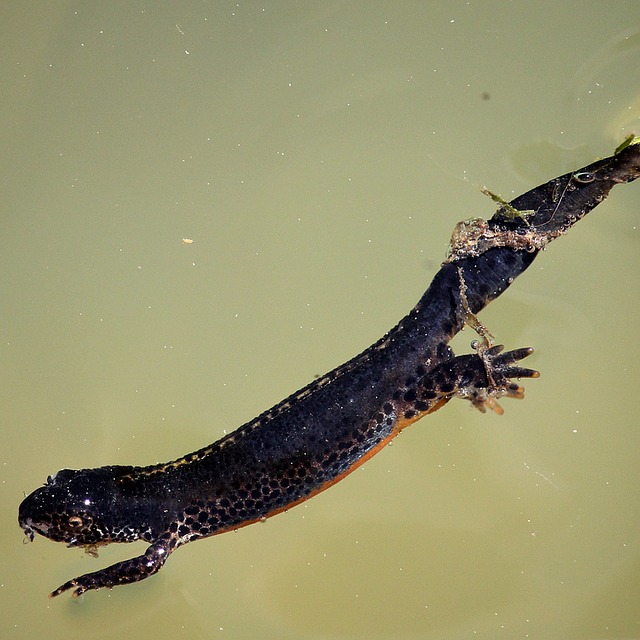