In the first article of Inside Ecology’s Careers Series, Georgina Kelly tells us about her role as RSPB Seabird Warden… 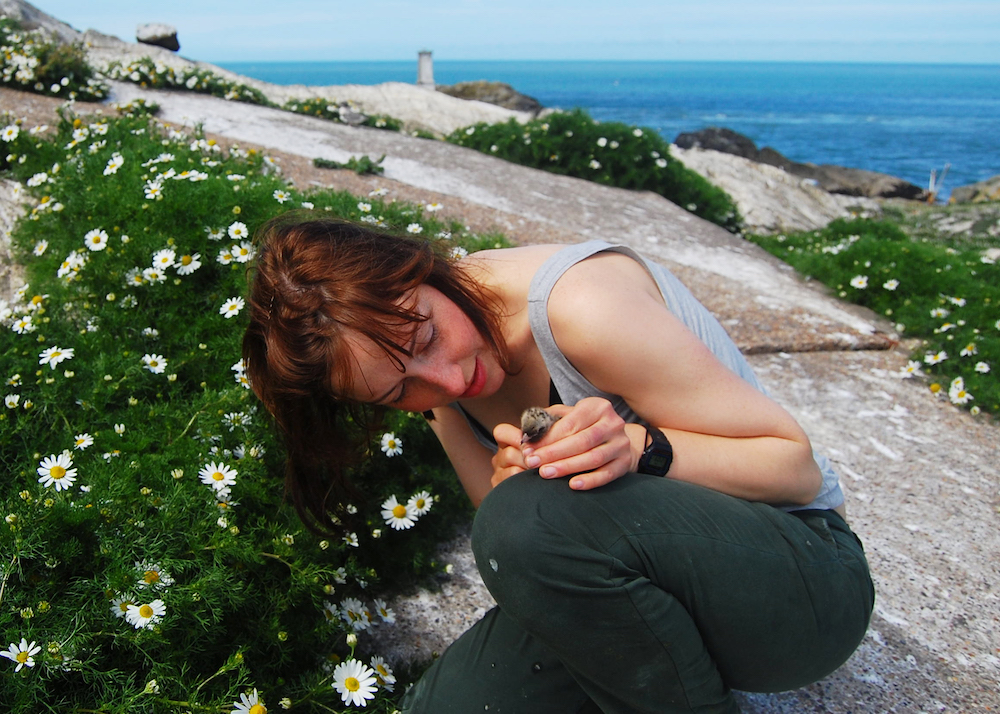 How did you get to where you are today?
In 1995 my school careers advisor advised me to become a Careers Advisor; either that, or because I liked animals, a Farmer. In spite of these suggestions, I’ve taken a somewhat different route, which will perhaps offer little advice to others except to be flexible and determined. Like many college leavers, I found myself on the wrong track. I originally did a degree in English and Journalism and started working in TV production. It wasn’t until a few years down the line that I realised I’d trapped myself at a desk doing something I had no drive for in a competitive world for the driven. Hoping to include my life-long fascination with other species into my working life, I went back to university to do a Masters in Behavioural Ecology and Conservation.

During my MSc I saw a TV programme on the ‘rewilding’ project at Alladale Wilderness Reserve in the Scottish Highlands, and thought, “that’s where I want to be”. Literally as the credits rolled, I wrote to the chap who was running one of the projects there and managed to bag a four-month stint as field assistant, studying the behaviour of Wild Boar. It was here that I fell in love with wild places. Growing up in the suburbs of Manchester, the Highlands seemed to me to be bursting their seams with wildlife and I was hooked. 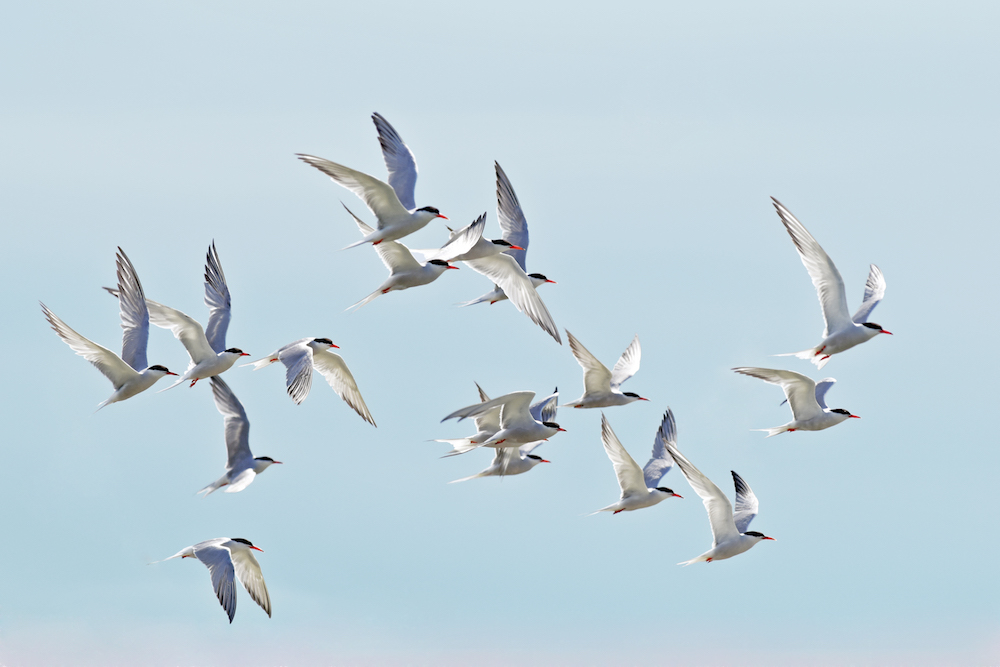 This pull toward remote and wild places eventually lured me to the Isle of Mull in the Western Isles, where I spent the best part of three years working as a wildlife guide upon a seabird and whale-watching boat. Seabirds in particular caught my eye, seeming to teeter at the very brink of survival. I’m nothing short of amazed by how they navigate both the onslaught of the sea and the perils of the breeding colony. The more I learnt about the added pressures they increasingly face due to human activity, the more I wanted to work with them.

I gained some bird survey experience by volunteering with a local Wildlife Trust, made contacts at the RSPB and was eventually accepted in the role of Warden of the RSPB Skerries reserve, a small group of islands around 5km off the north coast of Anglesey. 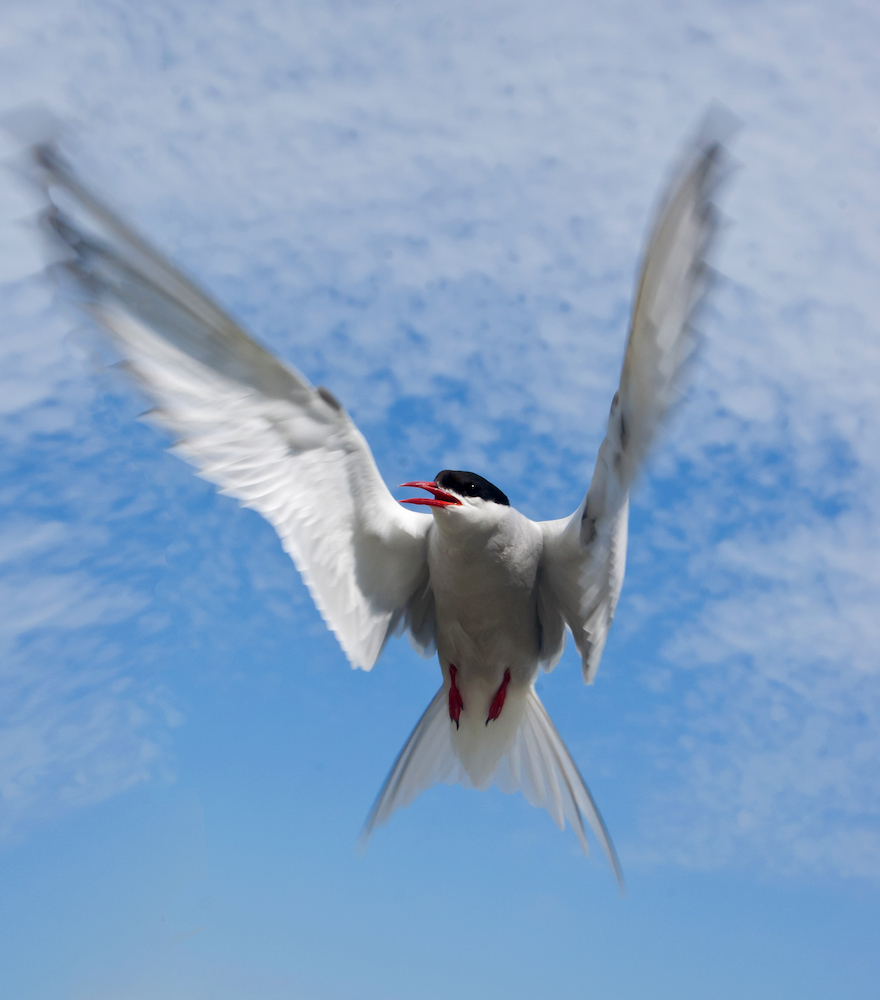 What does your job comprise?
I’ve now completed two seasons as Skerries Warden. From April to September each year, these remote islands become home to one of the UK’s largest breeding colonies of Arctic Tern (around 10,000 breeding adults), affording it SSSI and SPA designation. Whilst otherwise uninhabited by man, the RSPB employ two wardens to live at the reserve over this breeding period and to implement the management plan. This involves long-term monitoring of all bird activity on the islands, but with emphasis on tern productivity, predation of tern offspring and chick feeding behaviour. In real terms, the two wardens split their time to observe the birds and record data from dawn until dusk, attempting to turn the chaos of the colony into meaningful numbers that will help track the health of local seabird populations, and in turn, the surrounding seas.

There are also collaborative projects with other organisations. Last year we worked closely with the BTO on an Arctic Tern GPS tagging project (the first of its kind with this species), to help define foraging range, and hopefully support future protection zone applications. 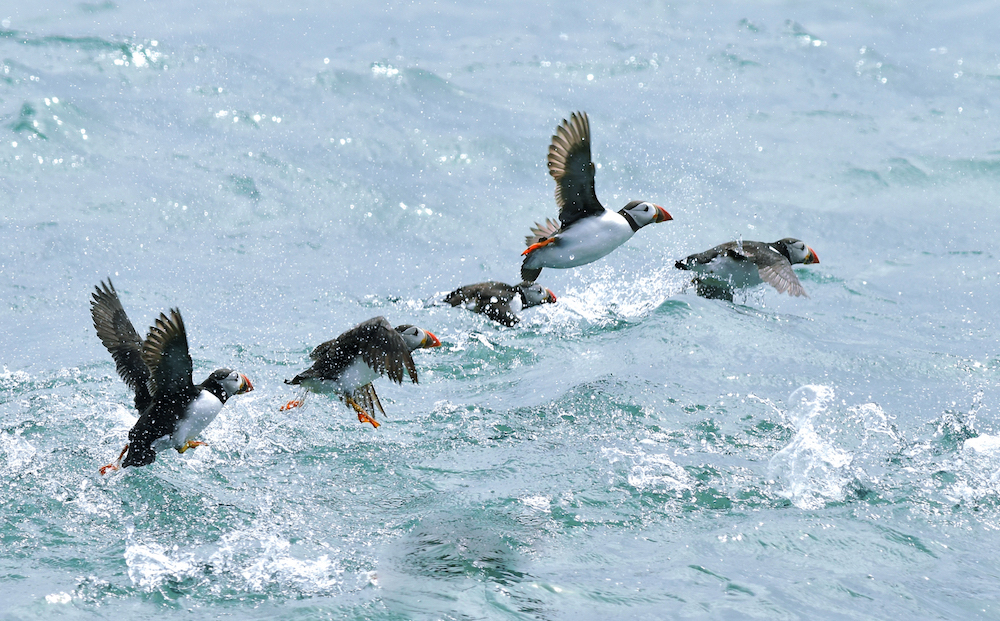 Are there any ‘must-have’ qualifications and/or experience?
The role requirements outline the things you might expect: a degree in the biological sciences, seabird knowledge, bird survey experience, data management and report writing, but these are only starting guns. What’s going to keep getting you out of bed before the dawn (around 4am for much of the season!), is self-discipline, motivation and a team-spirited willingness to muck in. Having previous project management experience would also stand you in good stead. There is regular telephone support from the wonderful team at the main office on Anglesey, but the planning, scheduling and prioritising of a wide range of projects is done solely by the wardens.

It’s an intensive survey season and requires stamina. The days are long, often in harsh weather and largely without the home comforts, so previous experience of remote working in challenging conditions will give you a taster before committing to a longer stint. Living and working with just one other person, disconnected from the rest of the world is easier if you enjoy your own company, but it also requires particular social skills. People often think that these jobs would best suit those with antisocial tendencies, but the opposite is true. You need to be a good communicator, to trust and support one another, have a positive attitude, and (sometimes above all else), to have fun. 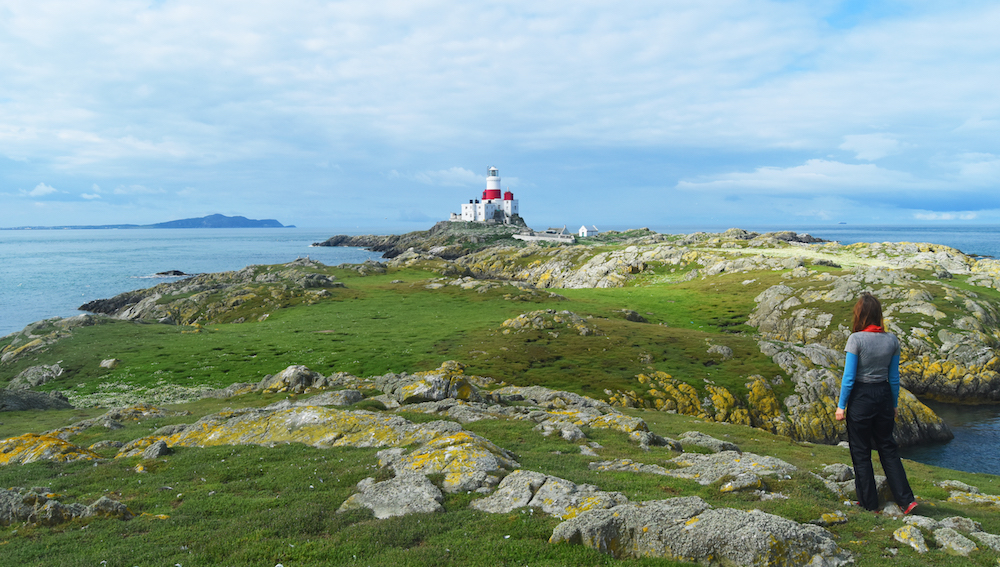 What are the pros?
Working in a bird colony has an intimacy perhaps unsurpassed in the natural world. When stepping out from the Skerries lighthouse door (the digs: another pro!), only a few metres separate you from the first of c5,000 tern nests. During my time there I have spent over 1,000 hours watching Arctic Terns, what better way to learn about a species? But let’s not pretend the joy of proximity is reciprocated; there are no Disney moments here. For each nest there is a pair of protective parents who seek your demise by repeatedly dive-bombing your head with sharply pointed bills, whilst simultaneously spraying you with an acrid guano. Little respite can be found further out either; where the gulls nest, the head pecks are exchanged for kicks and the faeces is fired from larger guts.

Attacks aside, it is a wonderful experience. I enjoyed the responsibility, the challenge of project managing and the chance to do hands-on, ground floor action with incredibly charismatic creatures. It’s hard work, but when I was tucked up for the night, listening to the resident seals singing their ‘moany’ songs in between the crashing of the waves below and watching the lighthouse beam slowly rotating out to sea, there’s nowhere else I’d have rather been. 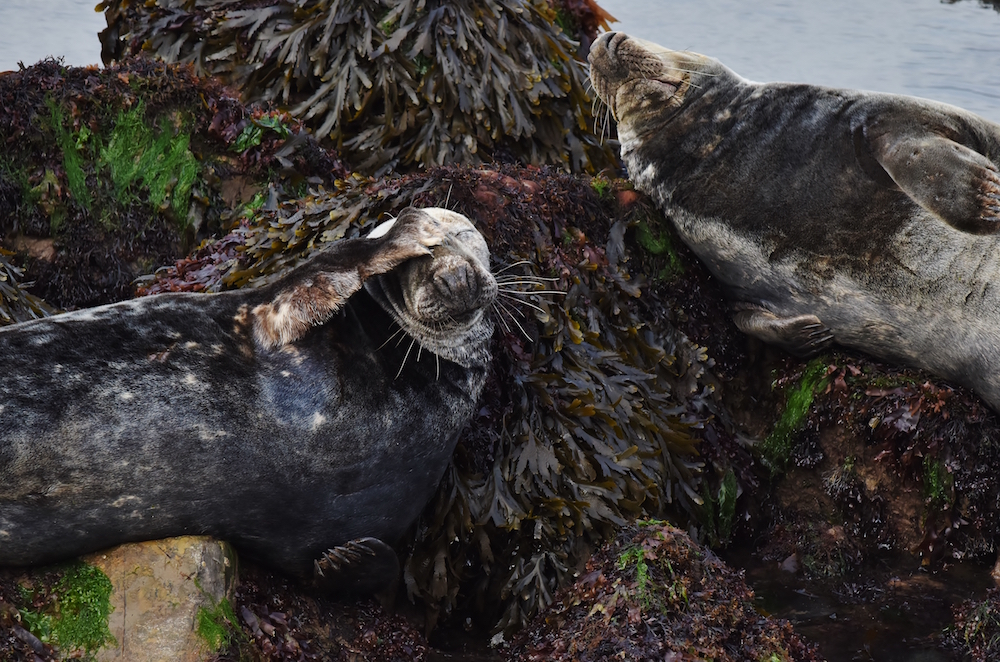 What are the cons?
The wind. The stench. The constant cacophony. It’s a bombardment on the senses. Most of your island companions would rather see the back of you and quite often your only company is the scarecrow, ‘Jacques Cousteau’, whose conversation leaves much to be desired. On top of this, there are the practicalities such as limited water (fresh water is still shipped over to the island), limited connectivity, not least being physically separated from friends and family for over four months. But the main cons are the confines of the role – it’s seasonal and the job ends when the terns fly South. 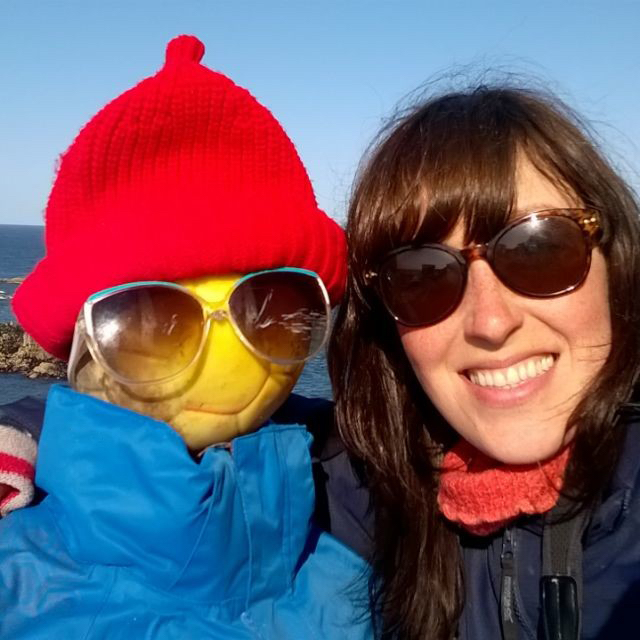 What advice would you give to someone setting out on a similar career path?
Put yourself out there. Speak to as many people as possible and find out about the different roles and projects available. Get involved in your local naturalist groups and Wildlife Trust and build relationships. Narrow down your interests to create focus, but also get a few strings to your bow. I’ve found much of my work to be seasonal, low paid and with dry patches in between. To make ends meet, I have supplemented my wage with consultancy field work, which has been invaluable in improving my survey techniques, technical writing and professionalism. Wildlife roles are highly competitive but don’t be disheartened. I lost count of the applications I made before getting through and many a time had doubts about my change of career, but to have the chance to do something you love, it’s worth it. 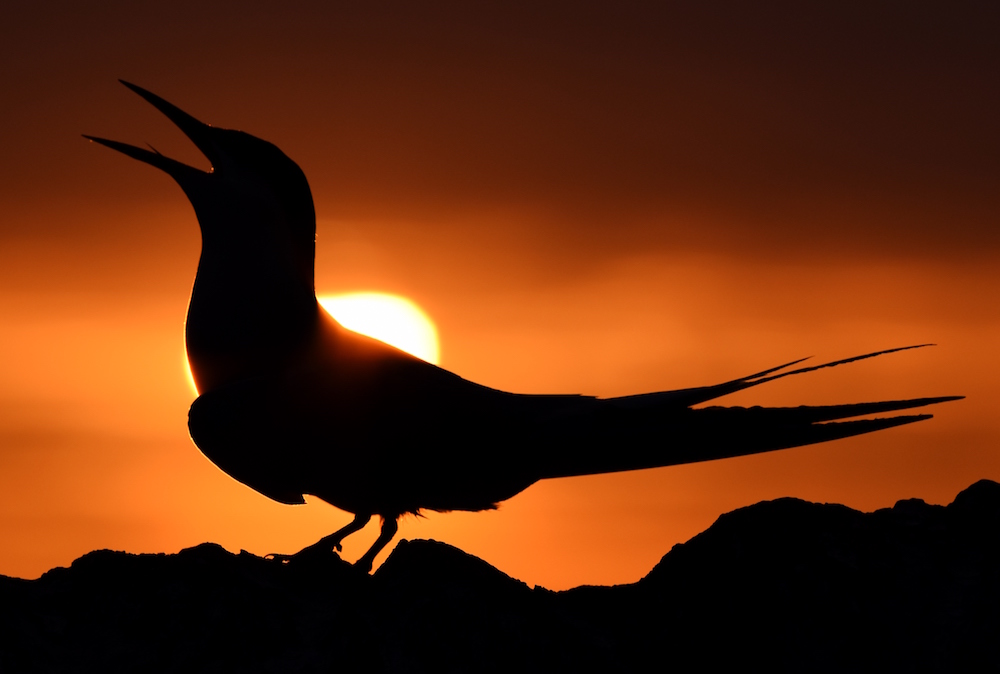 About the Author: Georgina Kelly is a field ecologist with several years experience within research and consultancy. Areas of expertise include marine and terrestrial habitats and species. Georgina is proficient in seabird, cetacean, herpetological, riparian mammal and botanical surveys, with added specialism in behavioural monitoring techniques. She is also a licensed Great Crested Newt and Roseate Tern worker. Before joining the RSPB, Georgina worked as a naturalist upon a seabird and whale-watching vessel in the Inner Hebrides, where she covered over 8,000 nautical miles and gained her Powerboat Level 2 license. To supplement seasonal work, Georgina has completed a number of seasons as a field ecologist, contracted by numerous large and independent consultancies.