Home » Book Review – Handbook of the Mammals of the World 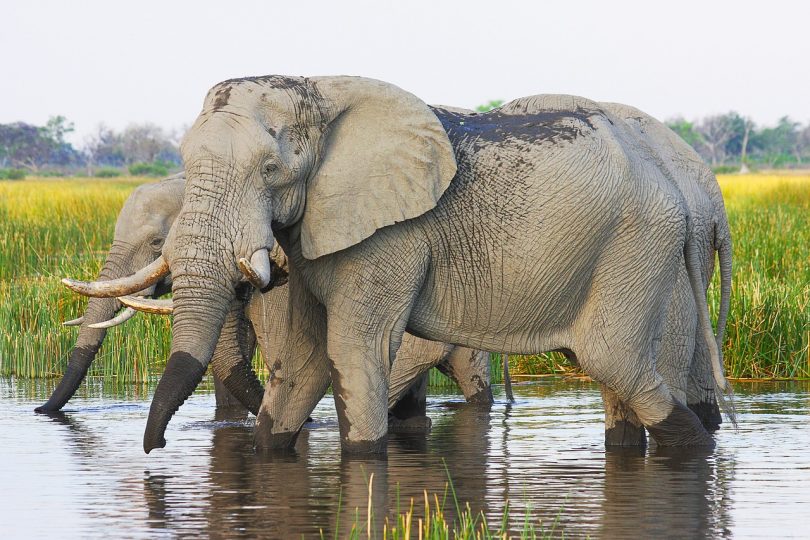 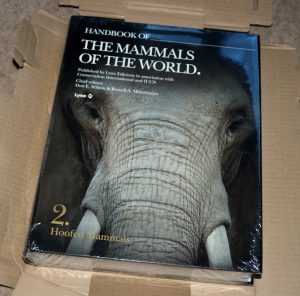 Just before Christmas the latest edition of the Handbook of the Mammals of the World dropped through the letterbox, or rather arrived via courier, because the handbook is a mighty opus of 9 volumes that documents every extant mammal species in the world. Its’ aim is to highlight the diversity on earth, promote less well known species and champion their conservation.

This epic work is produced by an international collaboration between Lynx Edicions the publisher and developers, Conservation International and the IUCN (International Union for Conservation of Nature). Lynx Edicions are well versed in this kind of work, having already started with the Handbook of the Birds of the World. This 16 volume work completed in 2011 documented every bird species in the world. Following on from the early success of the first few volumes of the Handbook of the Birds of the World, the team moved onto mammals, publishing the first volume, Carnivores in 2009.

Each volume is a masterpiece of research and information, the first volume alone runs to 728 pages, 36 colour plates, 561 colour photographs and 258 distribution maps. Each mammal family is treated to a detailed account of its evolution, physiology and behaviour. This is more than a checklist but less than a field guide. Some complaints levelled against the books is their lack of skull or skeletal diagrams for fine detailed identification, but this misses the point of the books, these are not identification guides and this is not their intent. They provide detailed information on the species once identification has been secured. There is a wealth of detailed field guides to aid in on the spot or even later stage identifications, such additions would be prohibitively expensive for the Handbook. As it is, the price of each volume is £140 with early purchase discounts available.

Each book arrives in a well protected box in which the volume is protected by either a polystyrene case or a more environmentally friendly cardboard framework. Each volume consists of a well constructed hardback book with an engaging full colour photographic dust jacket, which is a marked improvement on the covers of the Handbook of the Birds of the World. The quality as one would expect is good, each page is substantial and glossy and the print quality excellent. 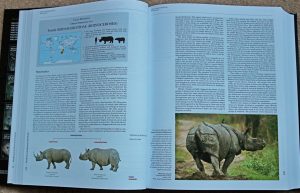 Each family is placed in its geographical context, with distribution maps showing the range of the species across the world. These are followed by detailed sections covering systematics, morphological aspects, habitat, general habits, communication, food and feeding, breeding, movements, home range and social organisation, relationships with humans and status, and conservation. These sections look at the family level and are edited by respected professionals from around the world. Each species in the family is then displayed in a full colour plate of illustrations, before each species is given its own species account using the same categories as for the families. Where entries are short it is because there is little information on that particular species and this helps to highlight gaps in research. One of the disadvantages of such a book is that with the pace of mammal research, much of the data will be out of date relatively quickly, this could be overcome with an online encyclopaedia, but other organisations fill this niche nicely and there is something to be said about the comfort and solidity of a book in ones’ hands.

There is little doubt that this is a work of love and dedication by those involved, and this shines through. The language used in the book is easy to understand for both the layman and the expert, although some knowledge of zoology and ecology would improve the experience. It is hard to find criticisms of the handbook, price is obviously prohibitive to some, but I would not hesitate to say that they are value for money. The number of contributors and amount of information justify the price. These are definitely not for the casual user, nor are they suitable as coffee table books, but for any with an interest in zoology these are perfect for you. 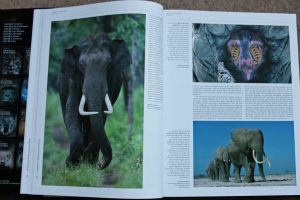 Originally planned as an 8 volume set, the Rodents volume, due to the sheer number of species had to be split into two. Currently, volumes on Carnivores, Hoofed Animals, Primates, Sea Mammals, Monotremes and Marsupials, Lagomorphs and Rodents I and Rodents II have been produced, with the final two volumes on Insectivores and Bats planned for the next few years. Each one is a catalogue of life on earth; it puts on show the wealth of biodiversity and alongside the information on the species, their vulnerabilities and the dangers they face. It is sobering to consider how many species in the handbook may have gone extinct by the time the final volume is published.

About the Author (book review): Mark is an amateur ecologist who trained at the University of Aberystwyth. Mark runs a website (link HERE), where he publishes his varied research interests. He has been a regional representative for the BTO for the past 8 years and has consulted with Warwickshire County Council and other local wildlife bodies on several conservation projects. Aside from the camera trapping Mark manages a small patch of land and has been recording wildlife on the same patch of the river Avon for 15 years. Mark blogs on all matters wild.  Link to his blog is HERE.  Mark can be contacted via admin (at)wildwarwickshire.co.uk.