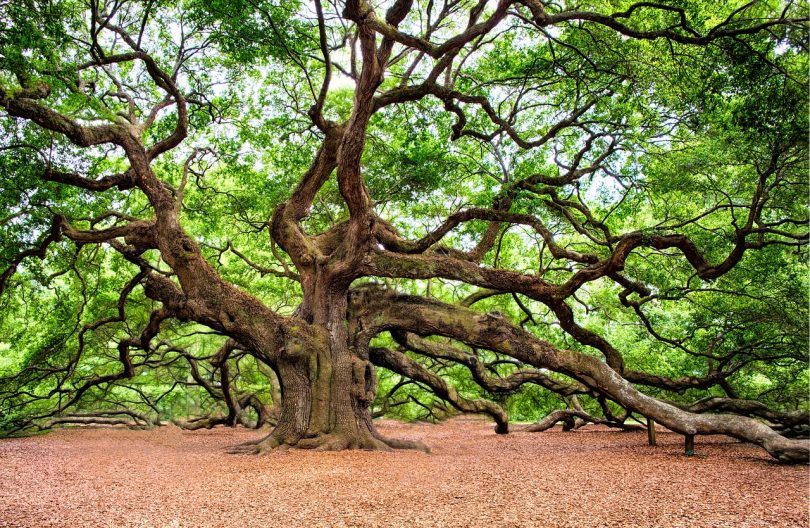 On 27th November 2017, Natural England and the Forestry Commission updated their Standing Advice (originally published 13 October 2014) on ‘Ancient Woodland and Veteran Trees: protecting them from development’. The Standing Advice is important as it represents a ‘material’ consideration in the planning process. 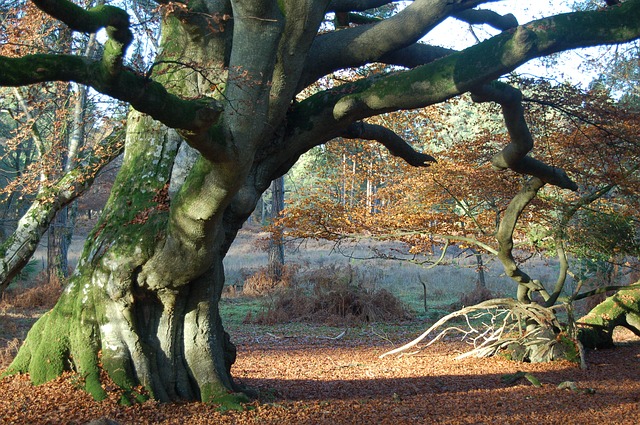 “…planning permission should be refused for development resulting in the loss or deterioration of irreplaceable habitats, including ancient woodland and the loss of aged or veteran trees found outside ancient woodland, unless the need for, and benefits of, the development in that location clearly outweigh the loss”.

The updated Standing Advice also coincides with the issue of The Woodland Trust’s ‘Planning for Ancient Woodland (Planners’ Manual for Ancient Woodland and Veteran Trees)’ (October 2017). This document is specifically designed for Local Planning Authorities (LPAs) to use in the preparation of Local Plans and other planning documents. Although it does not carry the same weight as the Standing Advice, this manual assimilates a lot of information and case studies and will undoubtedly become an important point of reference. 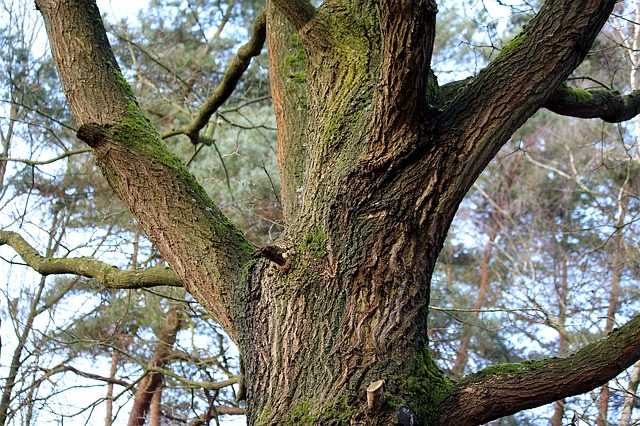 What are the changes?
The updated Standing Advice has undergone modest but potentially significant change. The advice still suggests that planning permission for development affecting ancient woodland be refused “unless the need for, and benefits of, the development in that location clearly outweigh the: loss or deterioration of ancient woodland; loss of veteran trees”. Notably there is new wording around the size of buffer zone areas, including clearer guidance on veteran trees.

Previously, the advice was clear that development should be kept as far as possible from ancient woodland but, ambiguous in relation to appropriate buffer, citing the need to consider “local circumstances and type of development”. There was no specific mention of buffer zones for veteran trees. Pointing to case law, a minimum buffer of 15 metres between the ancient woodland and development was recommended, with the caveat that “larger buffers may be required”.

Now, the advice more directly states mitigation will depend on the development but may include:

“leaving an appropriate buffer zone of semi-natural habitat between the development and the ancient woodland (depending on the scale and impact of development, a minimum buffer should be at least 15 metres to avoid root damage and at least 50m for pollution or trampling)”.

The new discussion of a 50m buffer relates to impacts on the woodland ‘habitat’ rather than necessarily to physical tree root damage. For example large increases in public use could be considered to cause compaction of the soil affecting the health of the trees, or the damage by trampling of sensitive woodland edge plants. Pollution sources from construction activities or from new gardens, driveways and roads could also result in impacts in some circumstances. The text in the Standing Advice appears to provide tacit recognition of the larger buffers that others have called for. The new Woodland Trust guidance states:

“As a precautionary principle, a minimum 50 metre buffer should be maintained between a development and the ancient woodland, including through the construction phase, unless the applicant can demonstrate very clearly how a smaller buffer would suffice”.

For veteran trees the latest Standing Advice now provides a clear new recommendation for buffers areas, which is to provide:

“A buffer zone at least 15 times larger than the diameter of the tree or 5m from the edge of the canopy, if that’s greater”.

Taking an example of a substantial ancient tree with a trunk diameter of 2m, the required buffer would now be at least 30m from the tree, as against the maximum root protection area of 15m recommended by arboricultural British Standard (BS 5837:2012 )[1]. 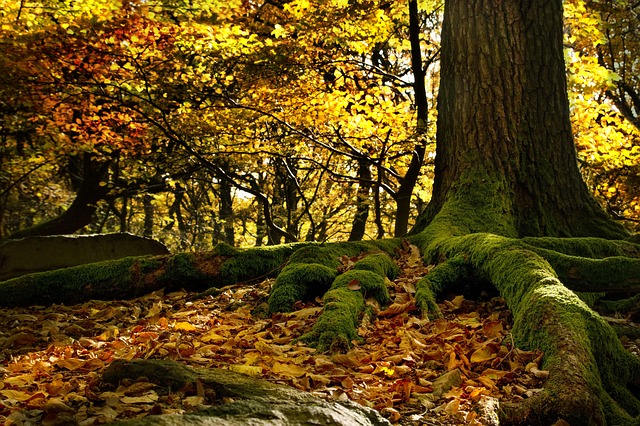 What does it all mean?
The overall message is that each development situation affecting ancient woodland or veteran trees will continue to be assessed by the planning authority on its own merits. As before, different planning authorities may set different requirements for buffer zones through policy.

As it stands, the advice indicates that a: 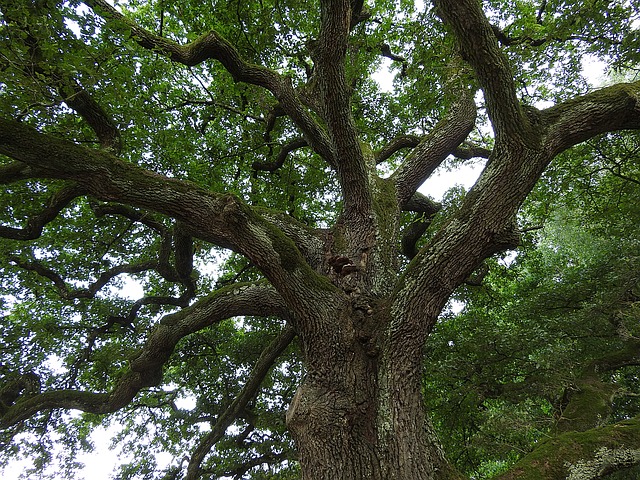 Compensation
As the Standing Advice states, “Compensation measures are always a last resort because ancient woodland and veteran trees and their habitats are irreplaceable”. Where absolutely necessary, it identifies that measures might include planting new native woodland, restoring woodland, connecting woodland and veteran trees with green bridges, tunnels or hedgerows, and long-term favourable management can also be valuable and effective. For HS2, Natural England has supported a 30:1 ratio of new woodland to ancient woodland lost, although even at this level this compensation approach has been controversial.

[1]  The 15m figure is based on the maximum Root Protection Area (RPA) identified in Arboricultural BS 5837:2012, ‘Trees in relation to design, demolition and construction – Recommendations’, which is estimated as 12 times the diameter of the tree trunk at 1.5m. Where veteran trees are present it is up to the individual arboricultural consultant’s professional opinion to recommend a greater RPA if thought to be appropriate.

Ancient woodland is any area which has had been continuously covered with trees since at least 1600 AD, including:-

Veteran Trees in this context are ‘Ancient, Veteran or Aged’ trees which have cultural, historical, landscape and nature conservation value because of their age, size and condition – these are the sort of trees that would be well known in the locality or that you would notice and comment on if you saw them.

About the Author: Katie Critchley is part of the senior team of ecologist’s at CSA; following several years in conservation management with the Woodland Trust and more than 10 years’ in private practice, she joined the CSA Pershore office in 2009. In recent years, Katie has consolidated her personal interest and competency in relation to trees by completing the Level 4 Diploma in Arboriculture, which has provided further in-depth knowledge of trees and their management in terms of the landscape and the built environment. With a background in environmental science and land resource management, Katie currently advises within CSA on arboricultural issues, but is also experienced in environmental and ecological appraisal, landscape and habitat management and creation. She is licensed by Natural England for work with bats and great crested newts and has compiled and implemented European Protected Species mitigation licenses for bats, great crested newts and dormice.

Following the updated Standing Advice published in November 2017, there has been considerable disquiet regarding the sudden appearance of advice suggesting the retention of a 50m buffer zone between development and ancient woodland. As of 4 January 2018 Natural England and the Forestry Commission have now revised this advice again and performed something of U-turn. The following commentary has been provided:

“The advice on the appropriate size of buffer zones (under ‘Mitigation measures’) has changed. The last version suggested a 50 metre (m) zone to mitigate the effects of pollution and trampling. Following queries about the 50m zone, this text has been removed. Natural England and the Forestry Commission are reviewing the feedback they’ve received.”

Despite this significant back pedalling, the new advice does contain some significant changes including the a clear new recommendation for buffers areas around veteran trees, which is to provide:

“A buffer zone at least 15 times larger than the diameter of the tree or 5m from the edge of the canopy, if that’s greater”

This will often be significantly more than the maximum root protection area (RPA) of 15m recommended by the arboricultural British Standard (BS 5837:2012 ) although the standard does leave it up to the individual arboricultural consultant’s professional opinion to recommend a greater RPA if thought to be appropriate.

The new standing advice can be viewed HERE.