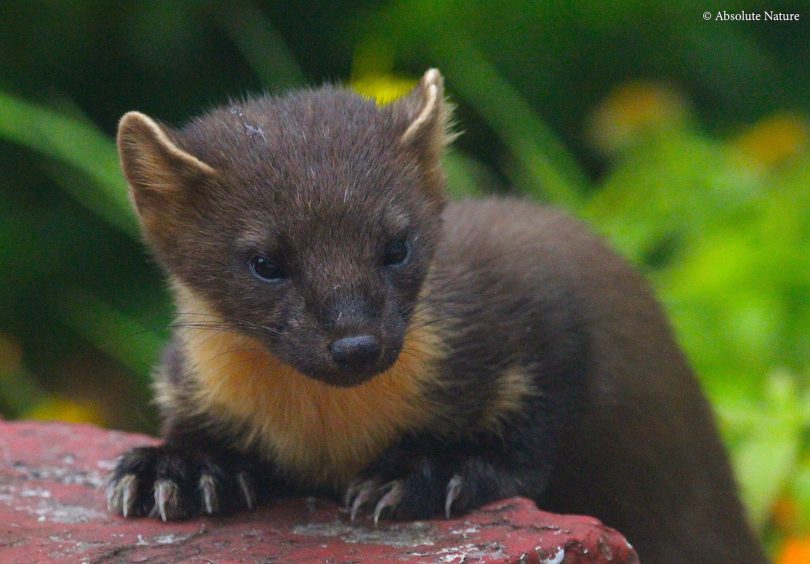 Shelley Rowley introduces us to the pine marten…

As with many British land mammals, you are more likely to see evidence of a Pine Marten’s presence than the animal itself. Pine Martens rely on sheltered, yet well-connected woodland habitats, foraging from a mix of tree species. Until about 1800 the Pine Marten was widespread across Britain, however, as a result of habitat loss due to deforestation and land being used intensively for agriculture, as well as being hunted for their fur, their numbers plummeted to near extinction. More recently the expansion of commercial forestry plantations and the regeneration of native woodlands has helped their populations to increase, although there are still relatively few individuals in scattered pockets of the Scottish landscape. 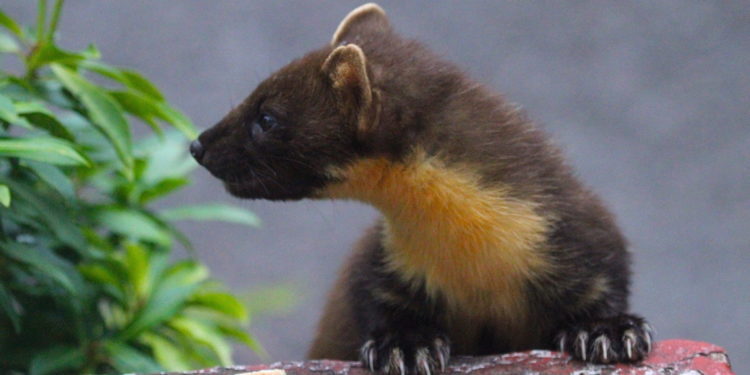 Little is known about these shy, tree-climbing animals, which isn’t surprising as they are hard to see in the wild. Forest Holidays surveyed the British public in September 2016, asking them if they knew what a Pine Marten was. The results revealed that 60% had no idea. Of those who didn’t know, 35% assumed it was a bird and 12% thought it was a type of tree!

There are eight species of martens across the world, found across Europe and Asia, and throughout northern parts of the US. Pine Martens are actually part of the weasel family, close cousins of the otter, and are perfectly concealed against the woodland landscape by their chocolate brown fur with mustard yellow beard. These characterful creatures have narrow bodies allowing them to be as nibble as squirrels. 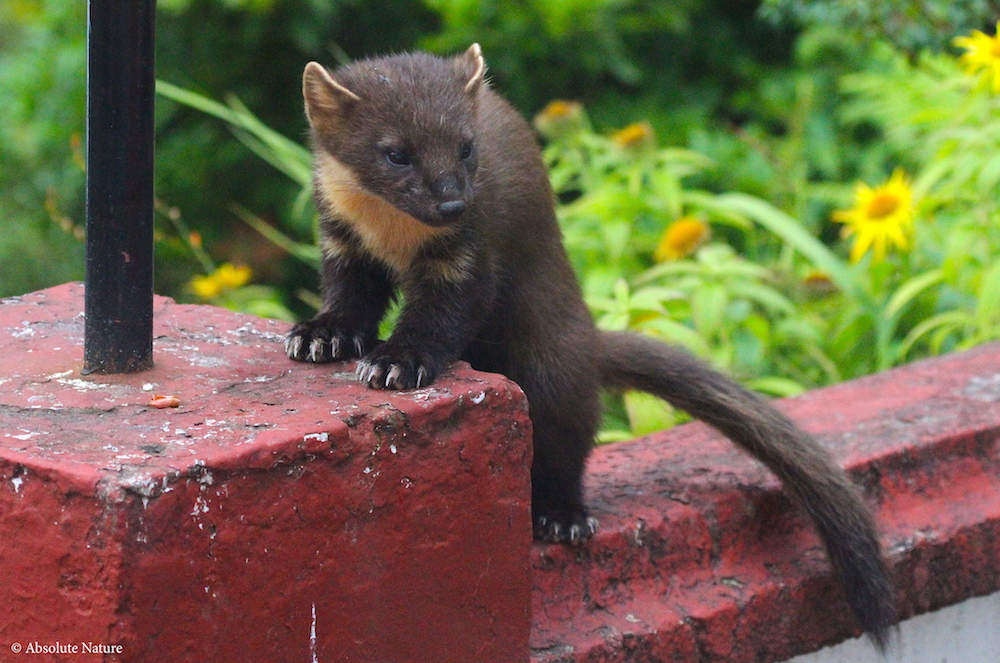 I was keen to squeeze in a Pine Marten experience during a recent Scottish adventure, so I contacted Glenloy Wildlife near Fort William as Pine Martens have been resident around Glenloy Lodge for over forty years. During this time they have been attracted with food, to the delight of visitors, largely with a handful of peanuts and leftover bread and peanut butter. Generations of martens have come to recognise this as a reliable food source, and while their resident female is a daily visitor, her extended family also visit. Kits are brought out of the natal den usually in the second half of June and the summer is often a good time to see young martens, if she has bred successfully. At other times of the year generally one or two, but occasionally up to four martens at a time may be seen at the feeding station.

As the sun was setting we waited patiently in the sun lounge at Glenloy Lodge nibbling on shortbread and sipping on tea. It wasn’t long before she came skipping along a low wall, less than a metre from the lounge window. She munched her way through the small pile of peanuts and then moved onto the bread placed along the window ledge and wall. She took much delight in licking off the peanut butter and generally discarding the bread. Having the opportunity to see a Pine Marten so close, yet knowing she still lives out in the wild rearing her young, was a delight. Although unfazed by the click of my camera the wildlife expert who owns Glenloy Lodge explained how this female felt comfortable with us being inside the sun lodge looking out, but she’d soon scatter were we to venture outside. Watching her bounce along the wall and up and down the steps gave me an incredible insight into these timid, yet playful creatures. 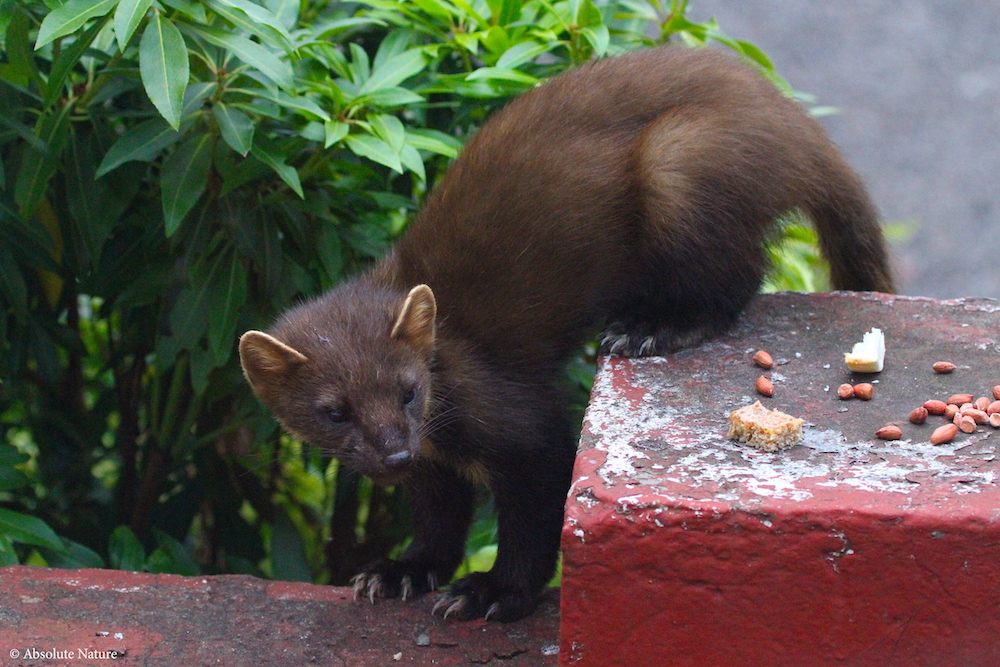 Where to see Pine Martens in Scotland
According to Welcome to Scotland, there are strongholds of Pine Martens in the woods along the west coast of Scotland between Argyll and Torridon and in the pinewoods of the central Highlands. For displays that give more information visit the Ardnamurchan Natural History Centre and Glenmore Forest Centre. For a good chance of seeing Pine Martens in the wild then book an evening either here at Glenloy Lodge or at Speyside Wildlife’s hide near Aviemore.

About the Author: Shelley Rowley is a zoologist, wildlife vlogger and author. She graduated from Queen Mary University of London with a degree in Zoology. From there Shelley worked in the CSR and Sustainability sector and now runs her own consultancy business in addition to creating environmental events.  Shelley’s blog can be found HERE.