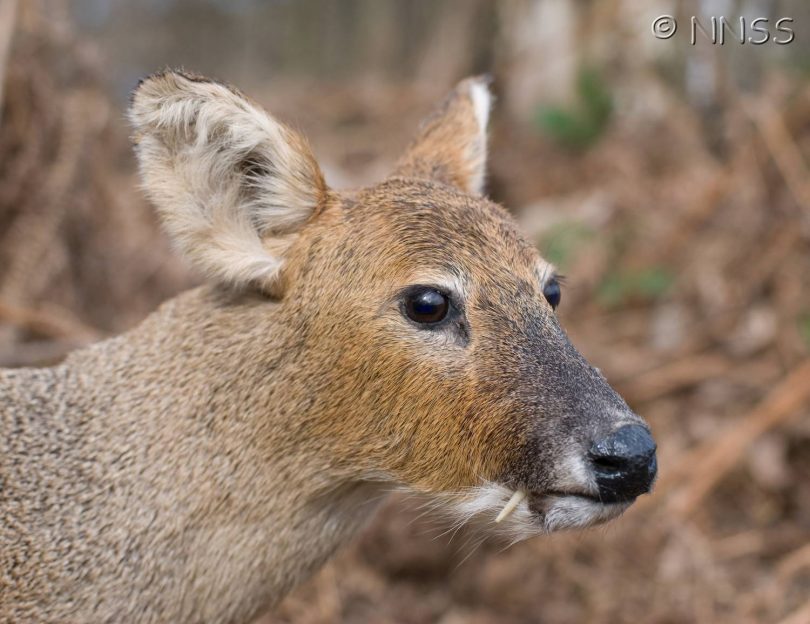 The Chinese water deer (Hydropotes inermis) is native to China, Eastern Asia, North Korea and South Korea.  They were first introduced to the UK in 1873, where they were kept within zoos.  They were released into parks from 1896 onwards and were first recorded in the wild in Buckinghamshire in 1944.  They are now well established in parts of the Fens, the Norfolk Broads, and western Bedfordshire; they also occur in Suffolk and are occasionally reported elsewhere.

“Apart from a small group in France, no other non-native populations of this species are known and the native population is under threat. The GB population may currently represent as much as 10% of the total worldwide for this IUCN Red-listed species” (NNSS, 2017). 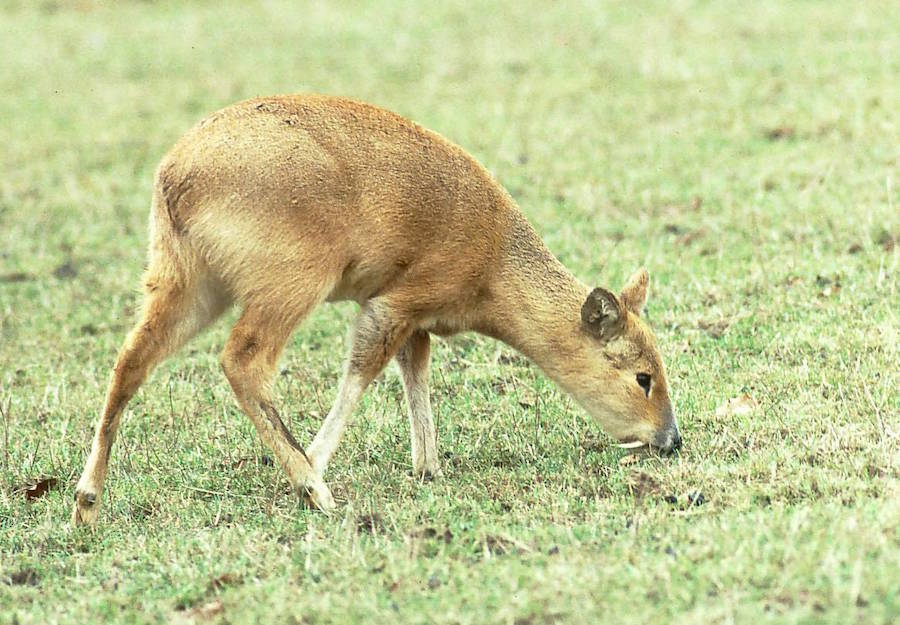 Identification & Ecology
The Chinese water deer is a small, thickset deer with a brownish-grey pelage. The pelage is redder in the summer, which can be seen in marshland. Males have prominent downward pointing tusks/canine teeth (rather than antlers), which can grow up to 6 centimetres in length. The Chinese water deer has a small tail and no white patch on it’s rump.

Chinese water deer occupy mainly wet habitats, as the name would suggest, but are also present in woodland and on arable farmland. They are most common near reed-beds, swamps, marshes, rivers and streams.

The Chinese water deer may have some economic impact as they, like other species of deer, can be a casualty on the road and cause damage to vehicles. They may also eat root crops or cereal when other food is scare. 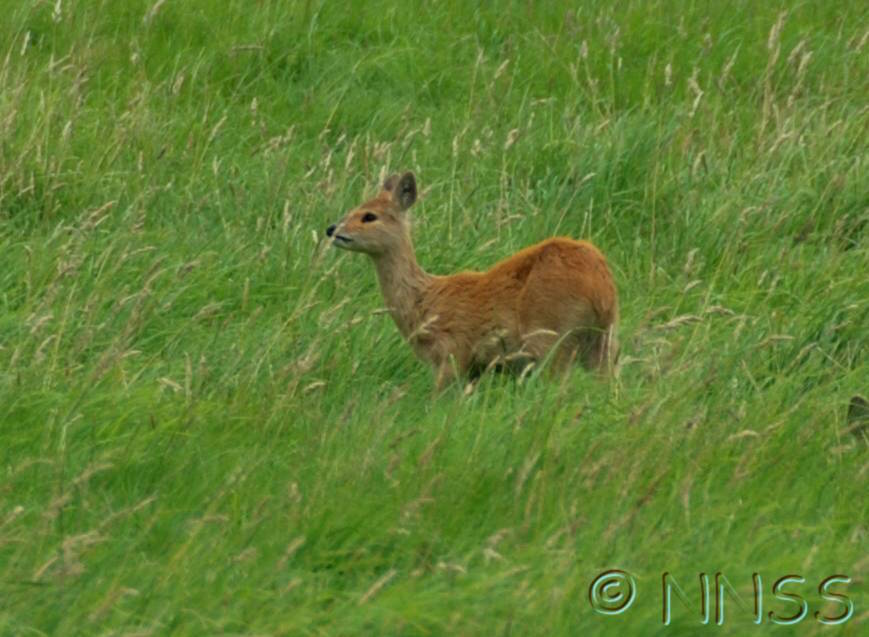