Home » Bats of the ‘Burbs: Studying bats on the urban fringe 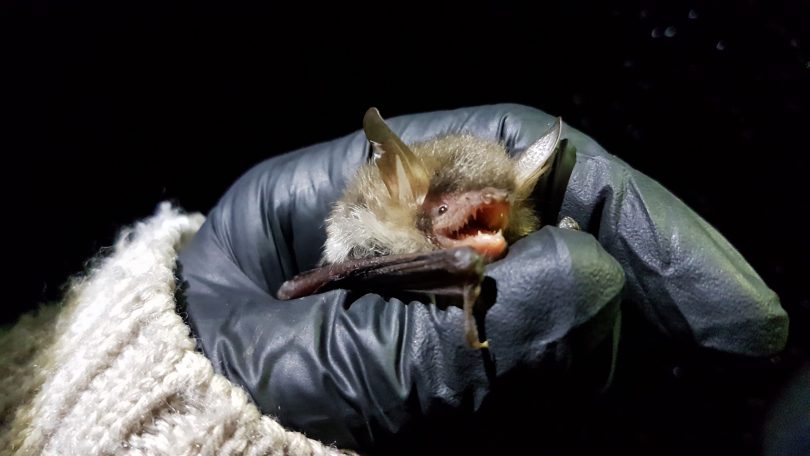 Morgan Hughes highlights how much there is still to learn about our bat assemblages, and the need for increased research and recording of species…

In the thirteen years I’ve been involved with urban bat work, there have been big changes in my patch. The Black Country is, as you may be aware, a sprawling conurbation near Birmingham in the West Midlands, with a rich industrial heritage. This is highlighted by the name for the region, which harks back to the industrial revolution, during which time the steel mills, coal mines, limestone kilns, foundries, brickworks and glassworks all contributed to unprecedented levels of air pollution, comprising a thick layer of soot which was deposited onto trees and buildings throughout the region. (This soot, incidentally was the cause of the rapid adaptation of the peppered moth in favour of its melanistic form – a phenomenon known as industrial melanism). The area was referred to as ‘black by day and red by night’. Many historians believe that it was this landscape that was the inspiration for Tolkien’s Mordor: “… a barren wasteland, riddled with fire and ash and dust, the very air you breathe is a poisonous fume.”

These days the Black Country is, while still comprising an urban/sub-urban landscape, much cleaner and greener, with the remnants of industry actually creating a vibrant network of green corridors. Boasting more miles of canal than Venice (providing connectivity between the region’s urban nature reserves), it is certainly more green than black these days. Many of the sandstone, coal and limestone quarry sites, now disused, have been given over to wildlife and are Local Nature Reserves.

But in spite of the evident regeneration, it is still seemingly relatively easy for people to be dismissive of urban biodiversity. Never is this downplaying more prevalent than in the world of bats. Until 2015, with the exception of my bat box schemes, BrumBats (the Birmingham and Black Country Bat Group) didn’t undertake any advanced surveys. Biological records of bats were generated through bat walks, detector surveys on an ad-hoc basis and through bat care. As such, we knew that pipistrelle bats were pretty much ubiquitous throughout our patch, as were passing noctules; Daubenton’s were, as expected, present at most large water bodies, but this was the extent of our knowledge.

The 2003 Provisional Atlas of Mammals of Birmingham and the Black Country contains distribution maps for noctule, Daubenton’s and the pipistrelle bats, showing reasonable distribution. Brown long-eared bats are recorded in 6 tetrads, and whiskered, Brandt’s, Natterer’s and Leisler’s bats are COLLECTIVELY represented in only 7 of the 202 tetrads within the LRC boundary. BrumBats have recently published a Provisional Atlas of Bats of Birmingham and the Black Country, which updates the 2003 atlas with records up to and including 2014, showing some increase in our knowledge and a wider distribution for most species. You can find the new 2014 Bat Atlas on the BrumBats Website. 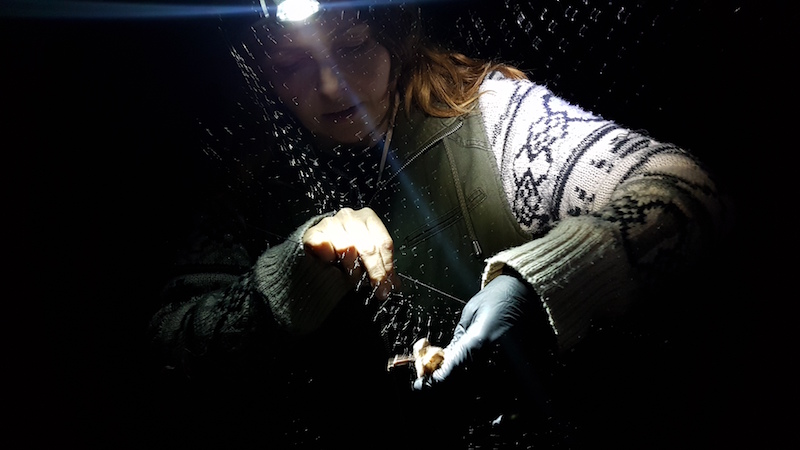 I’m lucky to count amongst my close friends the fantastic Denise Foster of the Herefordshire Mammal Group, who agreed that summer to include some of my woodland sites in her mist netting and harp trapping licence. She had faith in my convictions that we actually do have a diverse assemblage in spite of our urban context, and joined us for four nights to study three different sites. Much to my delight, we demolished our existing species assemblage lists for each site. We had never done surveys of this kind before. We were just ‘not that sort of bat group’. But these four surveys lit a fire under me, and I’ve been doggedly pursuing rarer bats in our patch ever since, with expanded bat box schemes, endoscoping and participation in our Bat Atlas project (www.batlasproject.co.uk) which has identified some key sites for further investigation.

2017 was the first year of our own Advanced Surveys project, and we focused on something that is unique to the character of our area – sites linked to the Black Country’s industrial past. We surveyed the bat assemblages of two former limestone mines. Site A, within a privately-owned woodland, had never been surveyed in this way before, and Site B, a large cavern within the grounds of Dudley Zoo, had not been surveyed in 15 years.

In just a few weeks, we took the known species assemblage at Site A from 4 species to 7 species, and at Site B from 7 species to 9 species. We identified BOTH sites as important swarming sites (the first for brown long-eared bats and Daubenton’s bats, and the second for Natterer’s bats and Daubenton’s bats), and crucially – BOTH sites support a population of the rare lesser horseshoe bat – previously known from only a couple of old records in our area (previously assumed to be lost or transient individuals from neighbouring counties).

What’s even more exciting is the prospect of how valuable these mines are for hibernating bats. As winter is fast approaching, my thoughts are turning to undertaking hibernation counts. 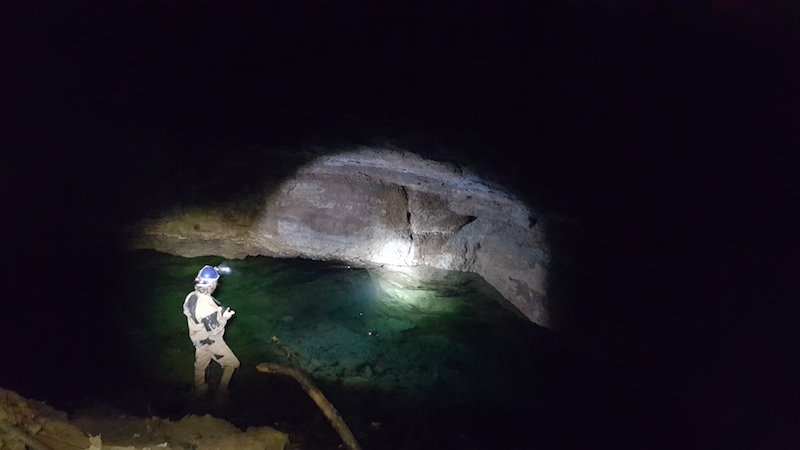 Searching for bats in a limestone mine (Photo credit ©Morgan Hughes)

As is always the way with science, answers lead to so many more questions. I now want to know about the lesser horseshoes: How many individuals are using each site? Are the populations shrinking, growing or stable? Are the two populations (separated by 8 miles of conurbation) the same group? Are they traversing the towns through corridors? Or are the Walsall bats isolated, both geographically and genetically? How much of a threat does the increasing light pollution pose to them? Where are their maternity roosts?

I am more convinced than ever that these bats are not locally rare, but rather that they are under-recorded. Next year the project aims to cast it’s net further afield, looking at the sites which are connected to the mines via dark corridors and by the region’s vast network of railways and canals. It seems that these remnant features of the region’s industrial past may hold the key to our surprisingly diverse assemblage of bat species.

I can’t wait to find out.