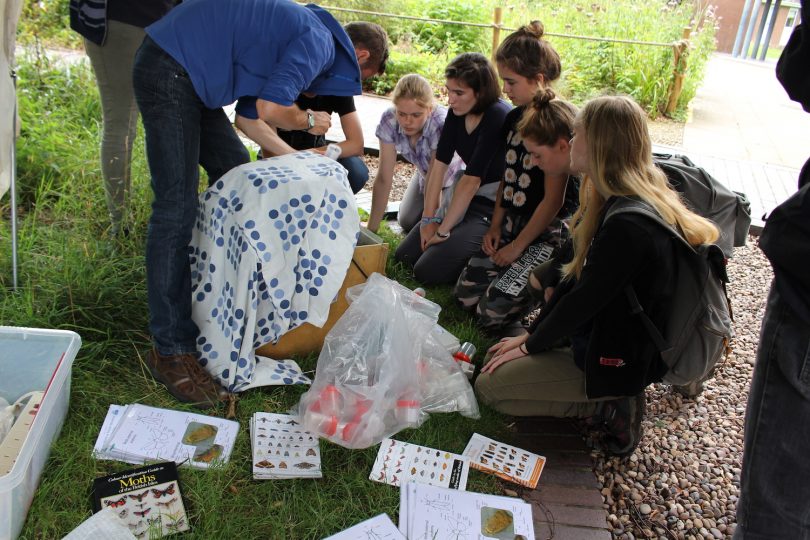 Field Studies Council, is a UK environmental education charity, providing opportunities for people of all ages and abilities to discover, explore, and understand the environment. In this article, we find out more about how the FSC works to connect people with nature through a number of biodiversity monitoring initiatives…

The UK has a long tradition of biological recording; for centuries naturalists have been observing and recording diversity and natural events, allowing changes in the landscape to become apparent over time. For nearly 75 years, Field Studies Council (FSC) has been encouraging this connection with the natural landscape, getting people of all ages outdoors, to learn about, research, observe and enjoy UK natural history. Now, anyone visiting or staying at one of FSC’s network of 19 field study centres is encouraged to get involved with biological recording – be they national experts, interested amateurs, families or school children.

Tracking the seasons
The onset of spring is recorded systematically across the FSC network by recording four spring events: the first swallow sighting, the first orange-tip butterfly seen on the wing, the first fully open hawthorn flower, and the first fully open horse chestnut flower. There is appreciable variation between centres – nearly a month between the first and last spring index date. The results allow us to see how FSC centres compare to the national average, confirming the idea of a ‘shifting baseline’ as we constantly re-calibrate our idea of what is normal for the UK climate, comparing the onset of spring with recent years instead of observing longer term trends. Visitors to centres are encouraged to look out for signs of the changing seasons and share their sightings with staff and other visitors by recording them on noticeboards in communal areas. 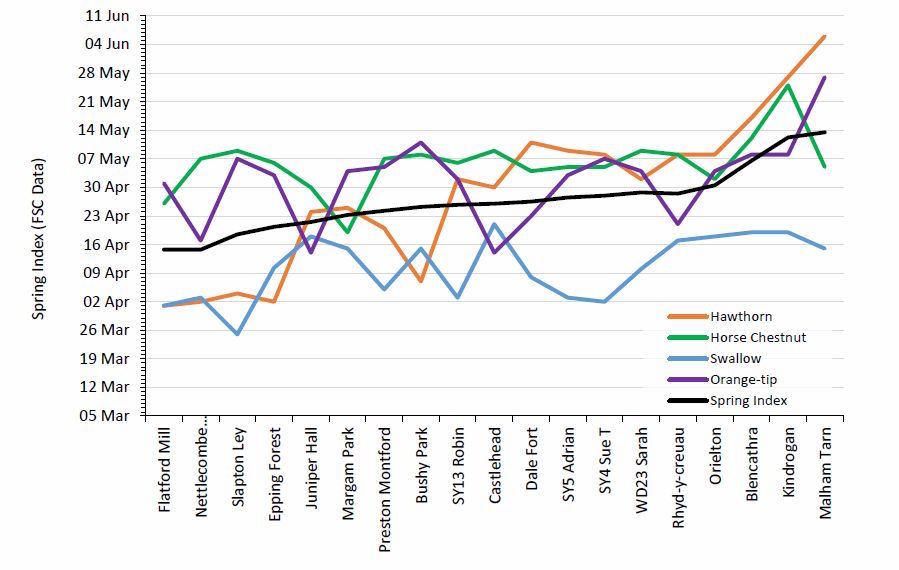 FSC tracks the onset of spring across its UK centres by recording the first sightings of Swallows and Orange Tip butterflies, and the first flowering Hawthorn and Horse Chestnut (graph from a report by Robin Sutton).

Moth trapping
Moth trapping is a regular and popular event at our residential centres. Skinner and Rothamsted traps are set by FSC tutors overnight and anyone staying at the centre can help with the morning’s observations. Douglas Boyes got his first taste for moths while on a family course at FSC Slapton Ley. He was then selected for FSC’s Young Darwin Scholarship, a pioneering scheme that, for the last 6 years, has supported groups of 16 and 17 year olds who are interested in science, ecology, geology and the environment, to hone their identification skills through residential courses and make connections that will set them up for a career in natural history. Douglas has now completed a biological science degree at Oxford University, where he is continuing his studies for an MSc, and is now the county butterfly recorder for Montgomeryshire in Wales. Getting involved in biological recording, even at a very basic level, can ignite this spark of interest in the amazing diversity and ecology of animal and plant species.

This large poster in one of the main communal areas at Preston Montford Field Centre draws visitors’ attention to how they can get involved with biological recording.

Cuckoo survey
When was the last time that you heard a Cuckoo? Once one of the surest signs of spring, Cuckoos have declined by over 75% since the 1970s and are now rarely heard in the spring and summer months. FSC are assisting with British Trust for Ornithology (BTO) efforts to monitor this decline across the UK. By filling out Cuckoo postcards, members of the public are able to provide records of when and where they have heard or – if they are very lucky – seen a cuckoo. FSC also encourage and facilitate the submission of records directly to iRecord. In 2016, 342 postcards were filled in and returned to FSC, contributing nearly half of the 743 Cuckoo records on iRecord for that year, and allowing the team to track the arrival and distribution of Cuckoos in the UK. Postcards for 2017 are still arriving and it is hoped that, even if members of the public do not submit a record, the cards themselves and background information on the website will add to a more general understanding of the species’ decline.

Working with Partners
FSC work in partnership with organisations such as BTO and the Botanical Society of Britain and Ireland (BSBI) on national recording projects, and joined National Biodiversity Network (NBN) as its 100th partner in 2014.

Citizen science is at the core of much of the work conducted at field centres and FSC has helped to design, publish and distribute survey packs to support Open Air Laboratories (OPAL) surveys. This includes the OPAL Soil and Earthworm survey, where participants will take a 20x20cm sample of the soil, collect and try to identify any worms that they find. Earthworms are an under-recorded group, and despite their integral role in improving the ecological health of soils, records of even the most common species are scarce; we still know remarkably little about their distribution and abundance in the UK. FSC’s Tomorrow’s Biodiversity project, which has been funded by the Esmée Fairbairn Foundation, has been trying to identify and fill gaps in identification and monitoring skills for organisms such as earthworms, by offering training and producing resources, such as new AIDGAP guides and apps, to support monitoring at FSC centres and across the UK. 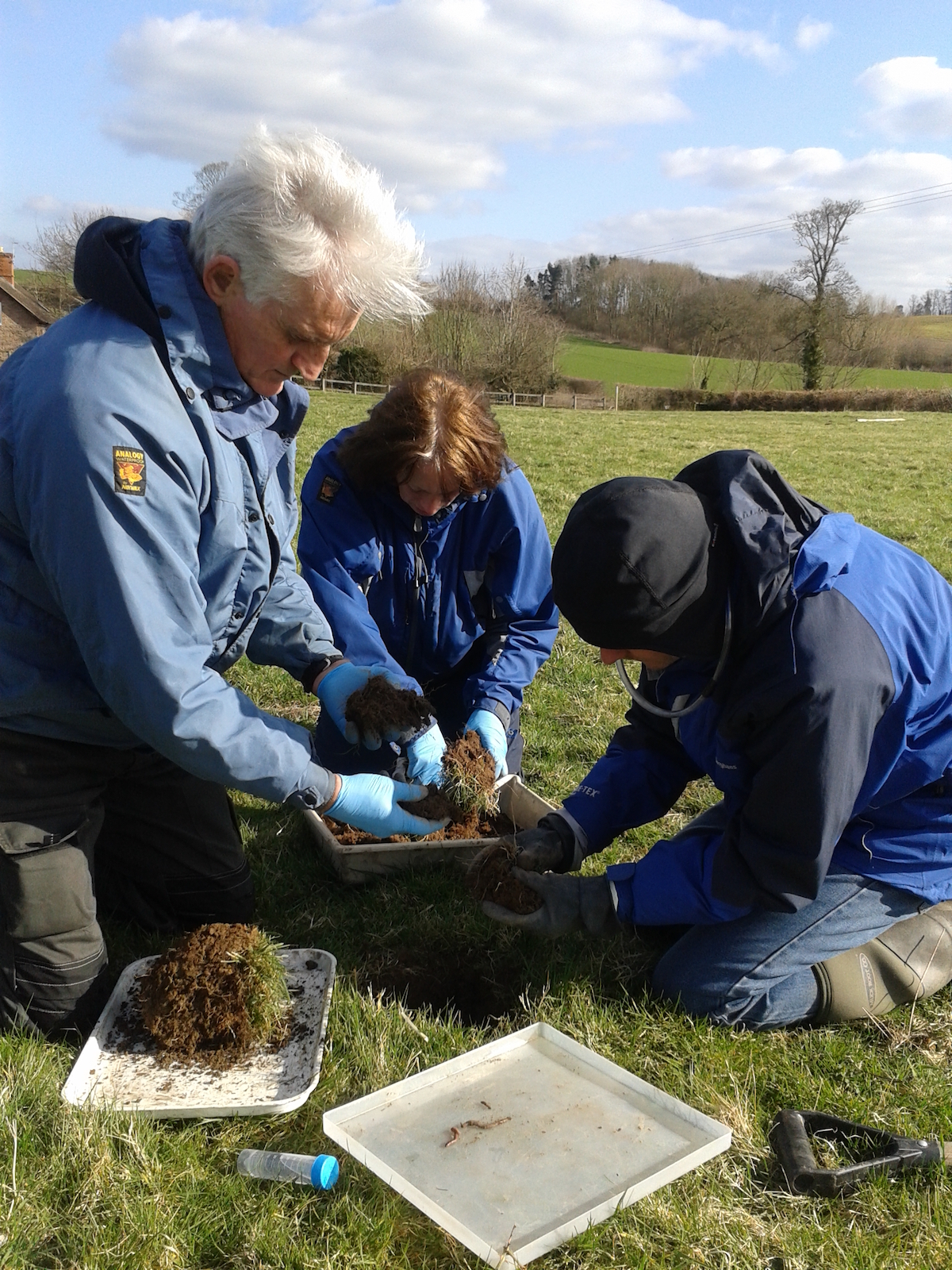 Earthworms are an under-recorded group and FSC is working with partners such as OPAL to sample and monitor their distribution (photo credit ©FSC).

Embracing digital technology for recording and identifying wildlife outdoors
As well as continuing the long traditions of biological recording and taxonomy, FSC has embraced the use of digital technology to support identification, data collection and data sharing. Tutors and those attending courses are encouraged to use iRecord, iSpot and iGeology to record and find out more about what they find. Apps to support identification are used to encourage monitoring of groups of organisms for which detailed monitoring is important in monitoring environmental change, including the FSC Shield Bug app and the BRC Rare Arable Flowers app. Online courses such as Identiplant, offer the opportunity for continuous independent learning in plant identification. This thorough grounding in plant taxonomy gives students the confidence needed to provide records from their own local area and contribute to recording schemes such as the National Plant Monitoring Scheme.

Header Image: At Preston Montford Field Centre the Skinner Moth Trap is set weekly and anyone staying at the centre can take part in helping the identify and release the night’s catch (photo credit ©FSC).

About the Author: Holly Woo is Communications Assistant at FSC Head Office. She deals with administration and marketing for natural history, arts and family courses, as well as getting involved with a range of biodiversity queries and projects with FSC partners. Prior to life at FSC, Holly was a researcher in biodiversity and ornithology in Japan and worked curating natural history museum collections at London’s Natural History Museum and across the Midlands of England. She is also a keen amateur botanist and wildlife volunteer.