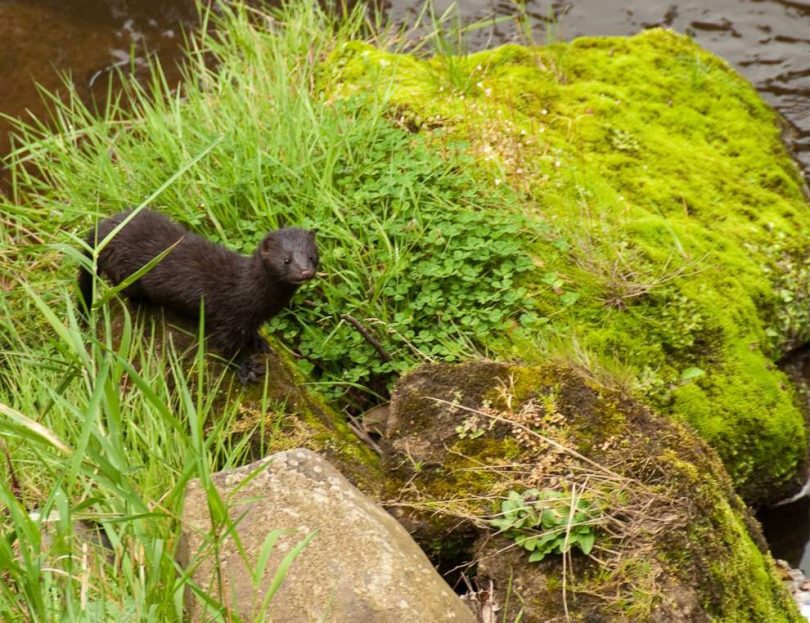 The American mink is the focus of this week’s article by Elizabeth Kimber; part of our invasive non-native species series…

The American mink (Neovision vision) is native to America, as the name would suggest. The mink was first introduced to the UK in association with breeding farms for fur in the 1920’s.  Mink were released into the wild by animal activists, in addition to releases by fur farmers who hoped to produce better quality ‘free-range’ fur.  The last mink farm in the UK, closed in 2003.

The first record of wild mink was in 1948, but the first breeding of mink in the wild was not confirmed until 1956.  The American mink’s range now extends across the majority of the UK except for parts of northern Scotland, Arran, the Outer Hebrides and most offshore islands. 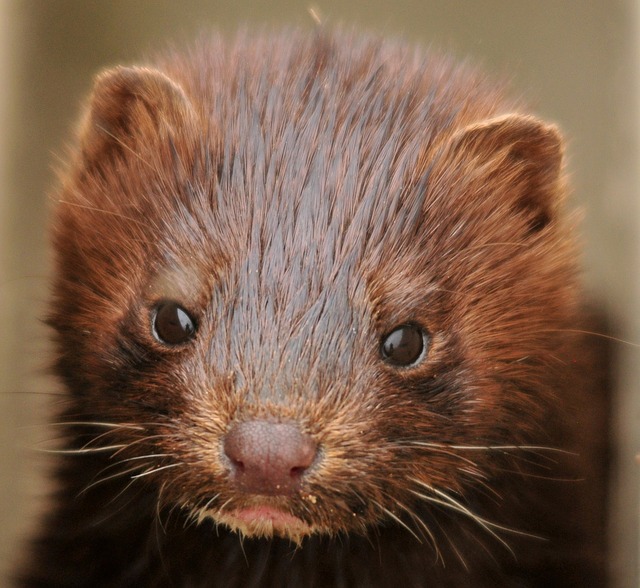 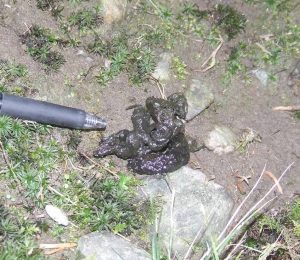 Identification & Ecology
The American mink is a medium-sized member of the family Mustelidae. It is semi-aquatic, has short ears, relatively short limbs and a tail that is approximately one third of its body length; it typically has a white patch on its’ chin. Feral mink may range in colour from white, grey or fawn through to black, this colour range is due to breeding in fur farms.

American mink occupy both freshwater and saltwater habitat, following waterways, the edges of lakes and coastlines, but cross other habitats regularly. Essentially American mink will utilise any waterbody as long as there is cover. Where conditions allow, they will often spend time feeding away from water.  Males usually disperse further than females and can disperse up to 50 km from their natal home range, typically along waterbodies.

The American mink is an opportunistic predator with a variable diet that includes aquatic, semi-aquatic and terrestrial prey.

Impact
Once American mink are introduced to a region they spread naturally; mink have a strong capacity for colonisation and can cross waterbodies easily, including sea channels.

American mink can have significant adverse effects once established, predominantly through predation and competition – they are capable of decimating entire populations of ground nesting birds, and have had detrimental impacts on water vole (Arvicola amphibius) through predation.

The American mink may have an economic impact through negatively affecting trout and salmon farms, poultry, rabbit and sheep farms and game bird rearing operations by preying on all the species mentioned.

Legislation
Legislation which attempts to control the distribution of American mink includes Schedule 9 of the Wildlife and Countryside Act, 1981 (as amended), which makes it illegal to distribute or allow the release of mink into the wild. 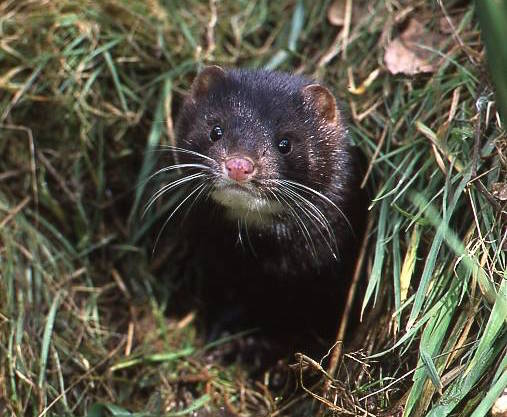 Control Measures
There is some evidence to suggest that otters (Lutra lutra) are hostile towards American mink and the recovery of the otter population in the UK could be an important component of mink control.

In areas of conservation importance, mink may be excluded through the use of mink-proof fences. Other physical methods of control include shooting, live-trapping & shooting, kill-trapping and snares. Removal by live trapping is a successful method of control, as this can be utilised in areas where native mustelids live, ensuring selective killing and avoiding negative impacts to native species. Research indicates that 60% of mink removal needs to comprise juvenile or sub-adult mink, in order to significantly reduce numbers.

Mink control within the UK can have high costs associated with it; however, eradication is possible and has been undertaken in the Western Isles, which have reported that 15 out of 22 ground-nesting bird species increased in number as a result of the eradication programme.