Home » The problem of data deficiency in amphibian conservation 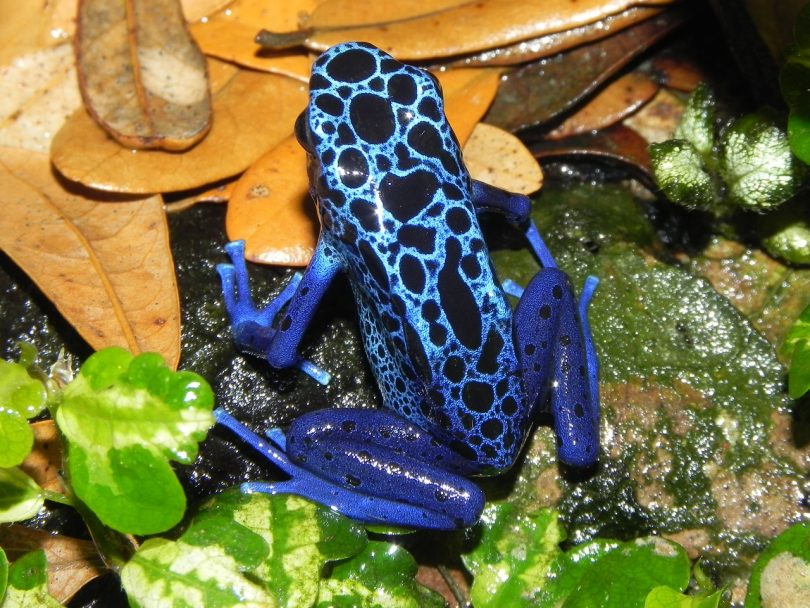 In this article, Laurence Jarvis (Head of Conservation at Froglife), looks at extinction risks in amphibians…

There are currently 7,737 recognised species of amphibian and new species are being added to the list each month. This is either due to new species discoveries or as a result of taxonomic revisions, where a taxonomic split of one previously recognised species results in several new species. Each species is given an extinction risk by the International Union for the Conservation of Nature (IUCN), which ranges from Extinct through four threatened categories (Extinct in the Wild, Critically Endangered, Endangered and Vulnerable) to Near Threatened, Data Deficient and Not Evaluated (NE). Species with insufficient information available are classed as Data Deficient (DD). High profile vertebrate groups such as mammals and birds have near complete IUCN coverage with few DD species. However, within the amphibians there are many poorly understood species, which has resulted in a relatively high proportion of species being classed as DD. The prevalence of DD and NE species is likely to remain high as further taxonomic revisions and species discoveries in remote parts of the globe continues. This is of concern since the IUCN Red List is used in a wide range of conservation decisions, policy making, conservation management decisions and research agendas (Howard & Bickford, 2014). There is a pressing need to estimate the level of extinction of DD species for a greater understanding of a group’s overall extinction risk.

Over one third of amphibian species are classified with a threatened status, while a quarter of all amphibian species are unable to be assessed by the IUCN and remain DD or NE. Attempts to directly address the problem of DD species are rare since there is not the time or resources to explore the remote parts of the globe where DD species often occur. However, Morias et al. (2013) examined geographical range with time since discovery, in an attempt to predict the level of risk posed to DD species in Brazil. Morias et al. (2013) concluded that recently described DD species with a small geographical range have a higher extinction risk. This has proved a useful tool in local policy development for amphibians in Brazil. However, there is still a need to fully assess the level of extinction risk to DD amphibians globally.

In 2014, Howard and Bickford (2014) attempted to address the problem of DD amphibian species at a global scale. They took data for species that had been assigned an extinction category (other than DD) to fit a model, relating extinction risk to life history traits (e.g. reproductive mode), environmental variables and habitat loss. They then used this model to predict the extinction risk to DD amphibians and determine whether DD species can be considered more or less at risk compared to fully assessed species. Howard and Bickford (2014) found that DD amphibians are, on average, likely to be more threatened by extinction than fully assessed species. Their model predicted that 63% of amphibians globally are likely to be threatened, compared to the current 32%. Amphibians are already acknowledged to be the most threatened vertebrate group and the findings from this research suggest that the overall level of extinction risk is higher than previously thought. Areas with most at-risk species are likely to be South America, Central Africa and Asia. In particular, amphibian species in Indo-Burma are poorly understood. This region contains many species with DD status, high level of threats to habitat (e.g. habitat loss and pollution) and high rates of species discovery. The annual rates of deforestation are the highest among all tropical regions and less than 10% of these forests have any form of conservation protection (Sodhi et al., 2010). 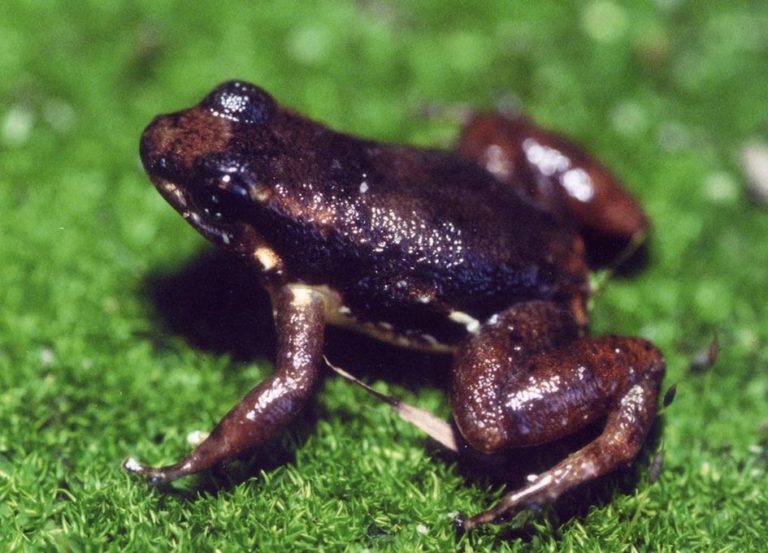 Anomaloglossus wothujav, a Data Deficient species from Venezuela, which is only known from one locality. (Photo credit ©Patty Vela, 2006)

Overcoming the problems in species identification is a key issue in relation to identifying DD species. In tropical regions cryptic species complexes (i.e. those which look nearly identical) are relatively common, making identification, taxonomy and subsequent assessment of the level of extinction highly challenging. The genus of frogs belonging to Anomaloglossus are a highly cryptic species group with difficulties in identifying species. There are currently 26 known species, mainly endemic to the Guiana Shield region in South America. Many of these species appear to be restricted to just one or two mountain tops in the Pantepui region. However, others within the genus appear to have more broad distributions. Therefore, identifying exact species range and thus the level of extinction risk, is a conservation priority. In an attempt to gain a greater understanding of species distribution within the Anomaloglossus, Vacher et al. (2017) tested species boundaries using molecular, morphometric and bioacoustic data. Results from this study highlighted that previous research has greatly underestimated the number of species with the genus. For example, six formally recognised species were found to in fact be 18 species and further species remain to be discovered. Therefore, developing effective methods for identifying species and their geographical distributions remains a challenge. 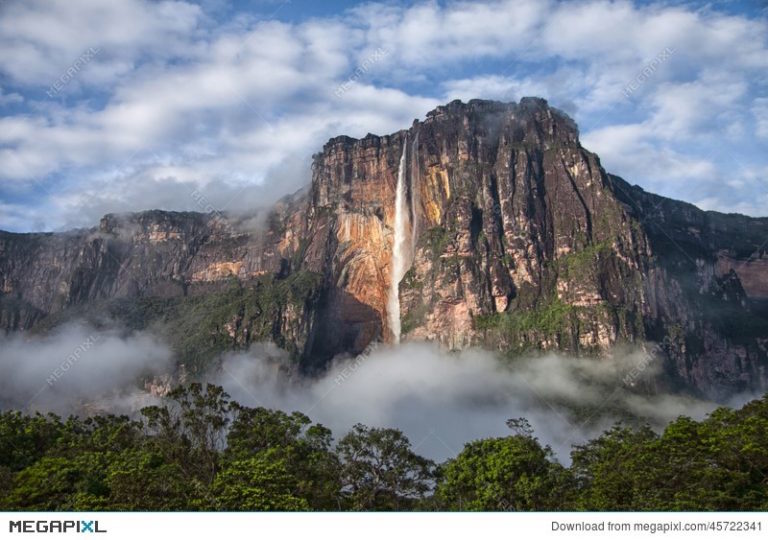 The high mountain peaks of the Pantepui in Surinam support a range of cryptic amphibian species.

Understanding Data Deficiency is of key importance in effective amphibian conservation. Where time and resources are limiting and field studies to determine species distributions are not possible, the use of modelling may be important in estimating the extinction risk facing species. Developing robust and effective conservation strategies is a high priority in the protection of many of the world’s threatened amphibians.