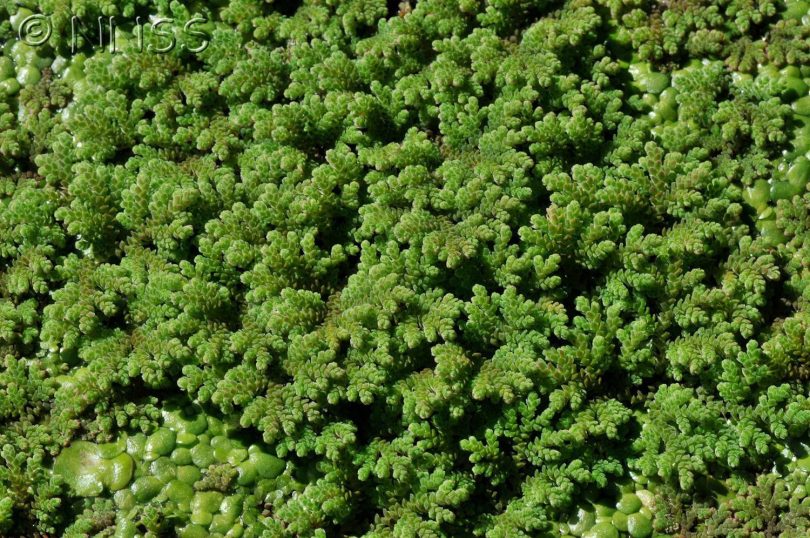 This week’s article, part of our invasive non-native species series, focuses on the water fern…

Water fern (Azolla filiculoides) is a small fern native to the Americas. The fern is invasive in southern England, coastal Wales and is scattered predominantly across coastal areas in the north of the UK.

The plant was first recorded at Pinner in Middlesex in 1886, but did not become well established until 20 years later.  It dispersed into the wild from private collections. 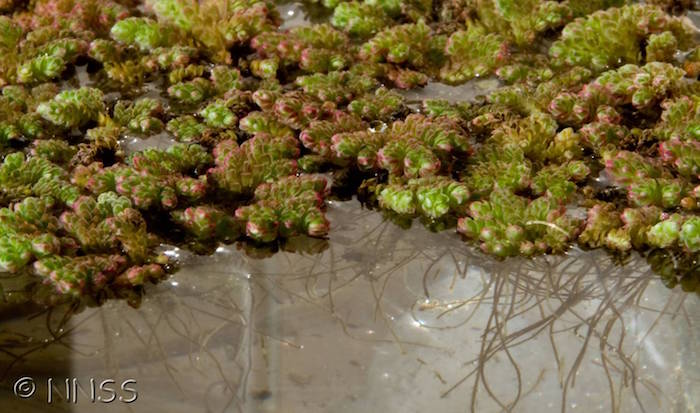 Identification & Ecology
Water fern is frequently found in ponds, lakes, canals, ditches and slow flowing rivers. It can also be present in seepages and the backwaters of rivers and streams at low abundance. In its’ native habitat, water fern is considered to be of tropical origin, however, it is thought to have evolved a cold-tolerant strain since introduction to the UK.

Identification features of the water fern include branched fronds with rows of imbricate (overlapping) leaves covered in dense papillae. It is green, becoming reddish later in the season. Globular spore-bearing structures sometimes develop below the fronds, and water ferns form floating rosettes up to a few centimetres in diameter.

Impact
There is little confirmed information regarding the vectors that aid dispersal of the fern, and most available information is speculative.  One of the main ways of dispersal appears to be natural dispersal of plant fragments and spores, through means such as, waterfowl and amphibians, agricultural practices, and introduction through garden centres.

Water fern can achieve 100% cover over the water surface as a carpet, occasionally up to 30cm thick. It easily outcompetes native vegetation, resulting in a lack of light penetration, which creates an anaerobic environment and prevents photosynthesis of aquatic plants.  It also prevents amphibians and invertebrates from reaching the surface and may disrupt movement of animals on the water surface itself.

Water fern may have an economic impact by having a detrimental effect upon the trout and fish farming industry. Mats of water fern on reservoirs and slow-moving waterbodies can also cause economic loss to water users.

Drinking water quality can be reduced, and farmers have been known to lose animals due to contaminated waterbodies.

Water fern can significantly impact the biodiversity of aquatic ecosystems and have serious impacts on all aspects of water utilisation. 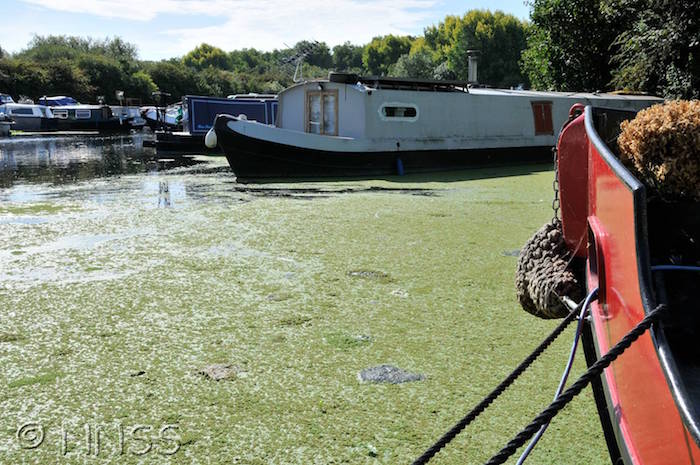 Legislation
Legislation which attempts to control the distribution of water fern includes Schedule 9 of the Wildlife and Countryside Act, 1981 (as amended), which makes it illegal to distribute or allow the release of water fern into the wild.

Control Measures
The best method to control the spread of water fern is to prevent the release of the plant into the wild. This involves checking machinery, equipment and clothing for plant fragments before leaving site, where the fern is present.

Physical control is challenging as the fern reproduces by fragmentation, whereby small pieces of the plant float downstream and colonise new areas.

Chemical controls can be used, and they are effective; however, they can kill any remaining native species they come into contact with. Chemical control in water must also be agreed with the Environment Agency. 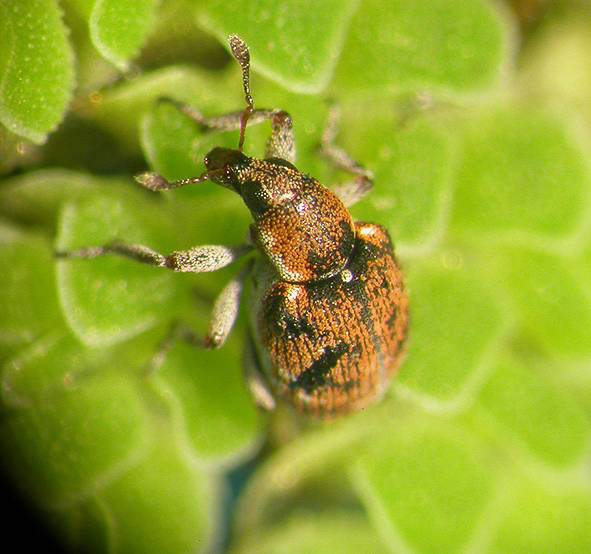 Natural control of water fern can be achieved by one of four beetle species which appear to have specialised on the genus Azolla and have been identified as potential biological control agents for water fern. A weevil has been established in the UK since 1921; repeated introduction of the weevil is required, as it does not persist in the British environment.