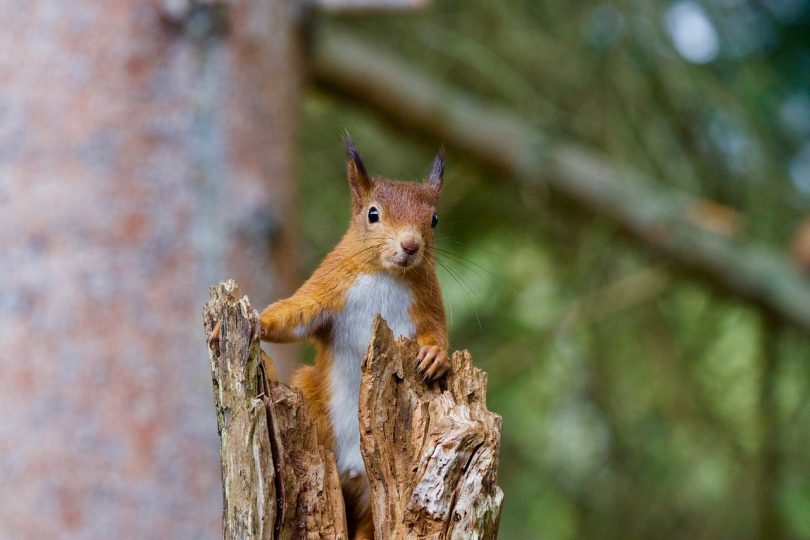 In addition to education, the British Wildlife Centre in Surrey is also involved in conservation projects, including participation in recognised captive breeding programmes.  In this post, Head Keeper Matt Binstead, provides an insight into the work of the British Wildlife Centre, with regards to the breeding and release of red squirrels and polecats… 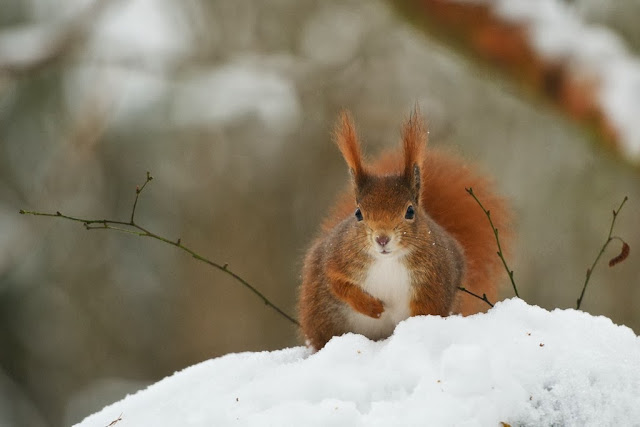 A few weeks ago we supplied a dozen more squirrels to Caldey Island, Wales for their release over there. These join the few we sent previously over the last couple of years, and it is hoped that they will establish a healthy population with help from the island residents’. 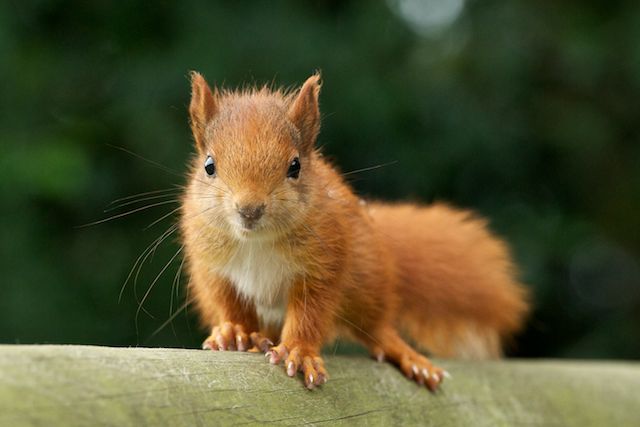 The British Wildlife Centre is well known for island releases, working closely with other conservation groups to establish pockets of wild red squirrels where they are safe from grey squirrels. We couldn’t do all of the hard work ourselves though in terms of breeding the animals, and do this with the help of several other holders.

We manage a breeding group, including local agricultural colleges and private holders, who look after squirrels for us and breed them to supply kittens for the releases. This along with the many we breed here on site, are the basis of keeping the group going – helping out other groups around the country with swapping bloodlines and of course providing squirrels for release.

The link HERE shows footage of three squirrel kittens that were bred this year at the Berkshire College of Agriculture; this lovely bit of footage was taken by Nick Shelley. Once old enough and fending for themselves, kittens like these come back to us before they move on to their new life. 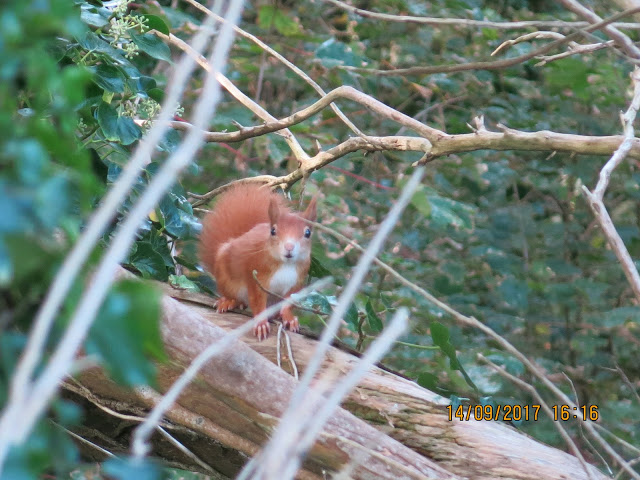 So, how are our ones doing on Caldey at the moment? Well it is still very early days of course, but so far signs are good. Here are a couple of photos we were sent last week to show how they have been settling in and finding their way around. 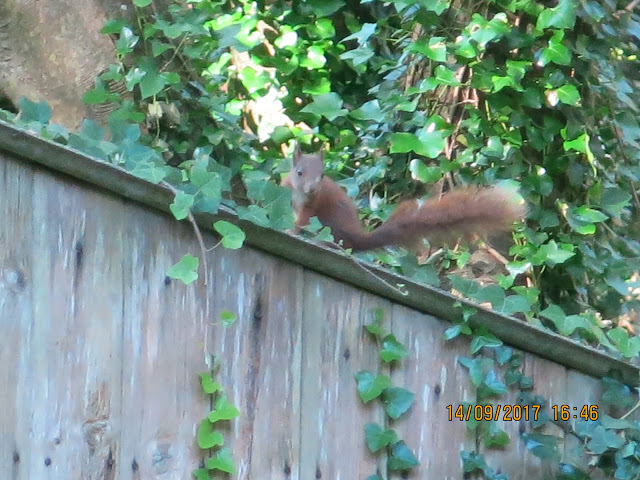 In addition to red squirrels, the British Wildlife Centre is also involved in polecat releases. 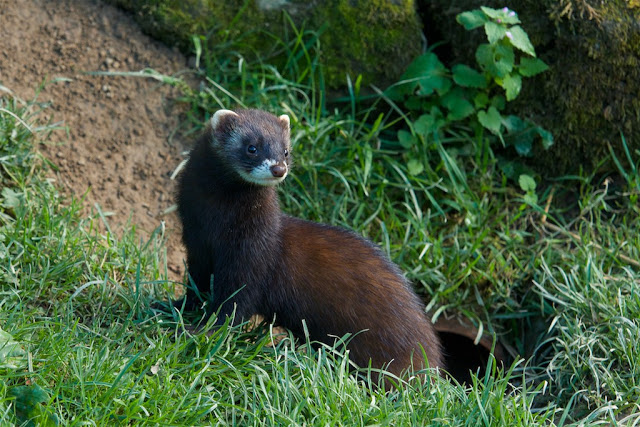 Our polecats have done really well again this year, and both of our females, Oriel and Cassie, had litters of kits. Cassie has been off display most of this year with our male Billy, and had 5 kits. Whilst on display in our main enclosure, Oriel and Whitstable had 4 kits, which visitors have seen grow, play and mature over the summer.

Above is one of Oriel’s daughters, taken a couple of weeks ago. Isn’t she gorgeous?!…She really takes after her mum, who I think is the prettiest polecat I have ever seen. Really sleek and dark with the classic face mask. 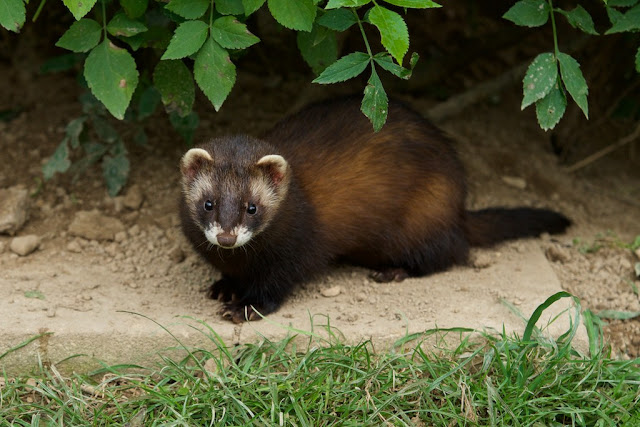 And this is one of Oriel and Whitstable’s sons (above). Another handsome chap. They have grown over the summer and are now big and healthy, and ready for their next move. 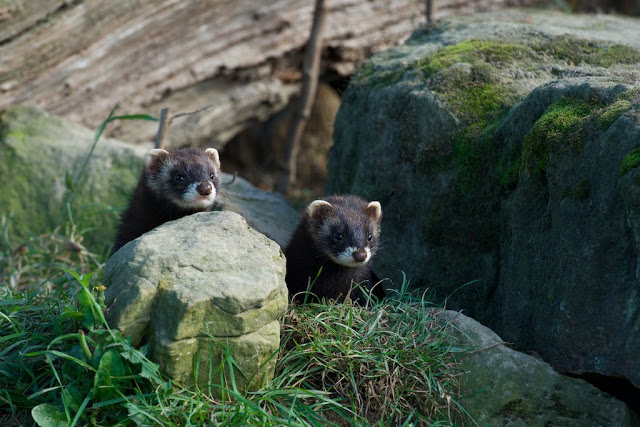 Here are the other two (above), and below are two of the kits, with mum Oriel at the front… 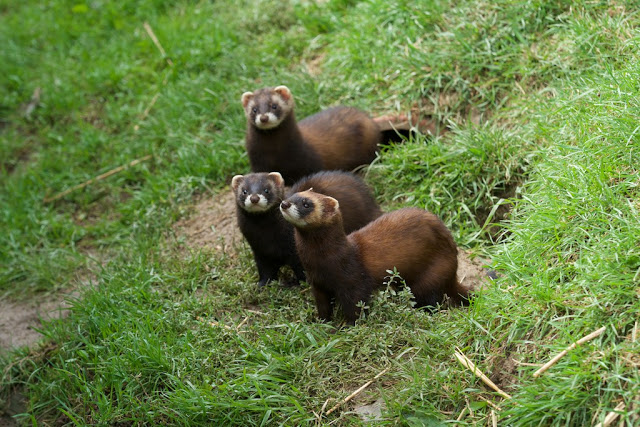 Ferret Rescue Surrey came to collect them recently, along with Cassie’s kits, and took them off to be released into the wild. As with previous years, they are soft released at first to give them a good start at “wild” life, and the Ferret Rescue Surrey team do a fantastic job in monitoring them and keeping an eye on how they cope once out on their own. 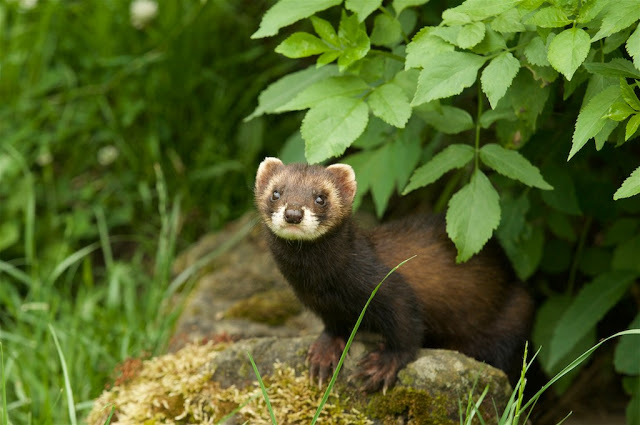 Oriel is looking a bit more relaxed now without the youngsters constantly playing and annoying her. Now that they have gone, we have been able to move Whitstable back out onto display with her.   Hopefully they will continue their success, and have another litter next year.