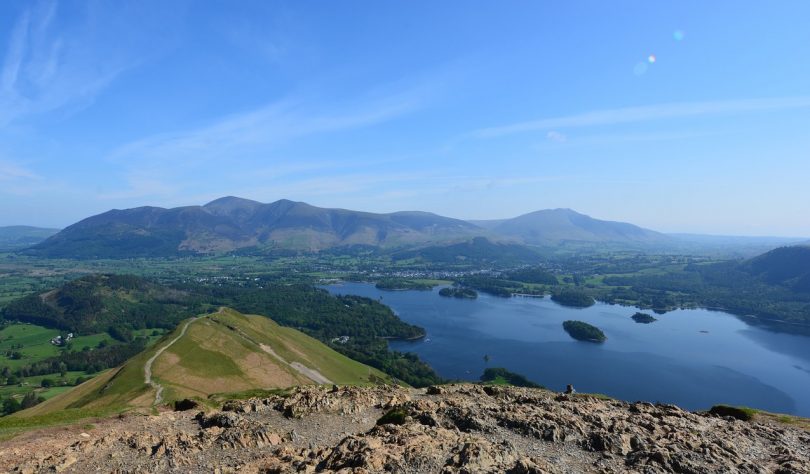 In the fourth of Inside Ecology’s ‘Interview with an Influencer’ series, we talk to Dr David Bullock, Head of Species and Habitat Conservation for the National Trust (England, Wales and Northern Ireland)… 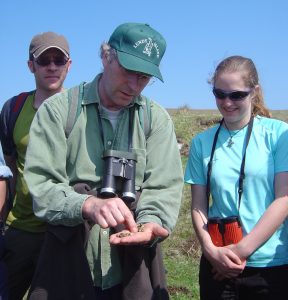 How did you get to where you are today?

I cannot remember a time when I was not interested in natural history and it still is a huge part of my life. I saw a juvenile little ringed plover this morning – wonderful, and something I have not seen for decades – a real boost to the day!

Of those few memories of experiences from aged four or younger, in hindsight, did two of them shape my later life? Were they – as my pal Matthew Oates thinks –  early “epiphany moments”?…One was being pinned against a five bar gate by a goat until the farmer’s daughter came out shouting at Daisy to “give over”; another was collecting wimberries (bilberries) on the Tor above our farm cottage. Goats and upland vegetation came to dominate my early career. As an undergraduate in Edinburgh, outside of term-time I was surveying feral goats; trying to unravel the ecology of the same population (why they did what they did, when and how), which formed part of a PhD from Durham. This led to lecturing in ecology in St Andrews and then Leicester Polytechnic (now of course DeMontfort University). All the while I was getting more and more eager to apply knowledge and help solve wildlife management issues. As Nature Conservation Adviser with the National Trust I had that opportunity.

In your role as Head of Nature Conservation, you must face the challenge of meeting the needs of wildlife, whilst being mindful of public access requirements and tenants – is it possible to integrate these needs successfully?

We are trying to find that sweet spot where connecting people and nature enhances both; in reality most managers of nature sites, and our farmers, err on the side of “people and their dogs are not good for wildlife”. The evidence base for recreational disturbance causing population declines in wildlife is slim, but in some situations, restricting access is the right thing to do. I am interested in the flip side: where do people and dogs enhance nature? Dog walkers can be extra eyes and ears reporting injured livestock or vandalism. Dogs could also be surrogates for wolves. One of the drivers of declines of woodland birds is the impact of increasingly high deer populations. Deer can damage ground and shrub layers in woodlands, and prevent regeneration of trees. What if we encouraged dog walkers to vary their routes and times to spook deer away from sensitive parts of woods or other habitats? 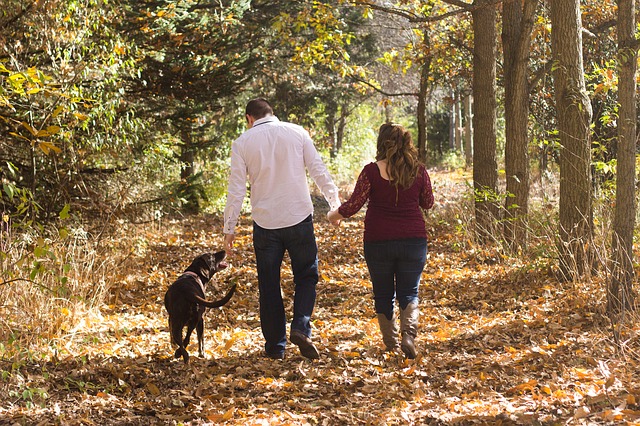 Experts argue that changes in farming practices are the leading factor in wildlife’s decline over the last 50 years; a large proportion of National Trust land is farmed.  How much of a focus does the National Trust have with regards to encouraging farmers to manage land with wildlife in mind, and how effective is this?

State of Nature 2016, in which National Trust was an active partner, was clear: Over the previous 50 years the intensification of agriculture has driven many of the reported wildlife declines. Respected colleagues in organisations representing farming interests, objected to this conclusion. They pointed out the many ways that farms, supported by agri-environment schemes, have sought to halt and reverse the trends in farmland birds and other plant and animal groups, protecting watercourses,  restoring linear features such as hedgerows and increasing legal predator control. For some groups, such as farmland birds, the rate of decline is slowing down – but they are all still declining, including on National Trust land. Right now we have a Strategy which addresses head on why we need healthy soils and water, and more wildlife, and what we are going to do about it. Some actions are deceptively simple to do, but need behavioural change: Quite understandably farmers take pride in tidy farms. If we could make untidy ‘groovy’, that may be all some species need to recover. We could lose the turtle dove soon as a breeding species because our farming is not scruffy enough to allow for the weed seeds and puddles that they need to rear their young on nutritious milk (I appreciate we could also lose it because of overhunting on migration and climate change in its African winter quarters). Closer to home, I fear a long term damaging impact of use of neonicotinoids (as an insecticidal seed dressing). Neonics, thankfully, do not accumulate in animal bodies. But what is accumulating, is evidence of association between declines in birds, butterflies and bees and noetic use. Are we poised for another Silent Spring?

We can make a difference. National Trust is committed, through its strategy, Playing our Part to making at least half of its farmed land “nature friendly” by 2025. We are also going to create 25,000 ha of Priority habitat by 2025, and improve the quality of existing nature sites on our land too. 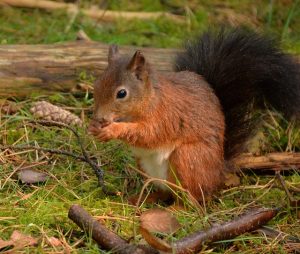 What are your thoughts on how hands on land managers / conservationists / ecologists should be in terms of managing wildlife to keep the status quo, or, giving declining species a helping hand? How do you find the right balance?

I have three thoughts:

First: Where non-native species are causing declines in cherished native species, and deterring them or removing would make a difference, we should do it – if it is legal, where we have the resources, and where control/eradication is done to the highest welfare standards. To help secure the survival of the red squirrel, we have removed grey squirrels from our 6000 ha Wallington Estate in Northumberland by trapping and shooting. Achieving this, and keeping greys out is a full time job but, because the native red squirrel is so important to us and our nation, it is worth it.

Second: We cannot operate alone; partnerships with other organisations are usually business critical – no point in trying to reduce the damaging impacts of grey squirrels in one woodland – we usually need to work at the landscape scale and beyond individual organisations boundaries.

Third: Even though we throw the entire science and evidence base at decisions on whether or not to control/eradicate non-native invasive species, at the end of the day, even the hardest of hard-nosed scientist brings their values into decision making. We should not try to deny our passions and values. 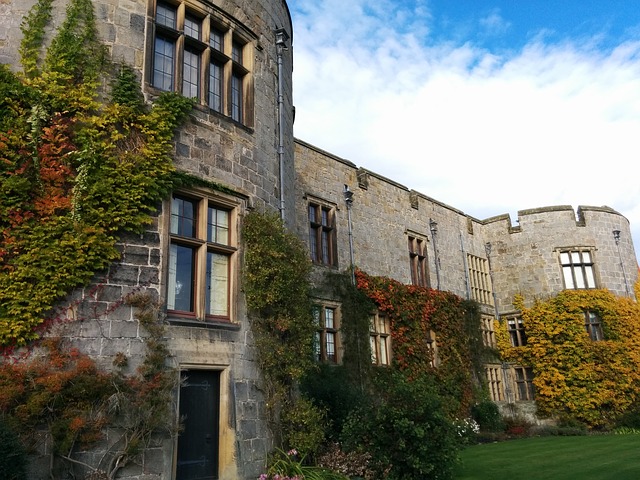 Well, they are wrong! Our 10 year Strategy, launched in 2015, sets out how important nature is to National Trust, and what we are going to do to help halt and reverse the declines in species and habitats, and how we are going to take greater care of our soils and water. For example, precisely because we are major land owners in England, Wales and Norther Ireland, we have committed to creating 25,000 ha of new habitats by 2025. That is 10% of our land. A high proportion of our land is designated for nature features. For example, 45 % of our land in Wales is SSSI. However most of our land is farmed and not designated, and that is where the real gains for nature can be made. By 2025, our ambition is that 50 % of our land will be in a High Nature Status.

A significant proportion of sites owned by the National Trust have been gifted to the Trust for ‘preservation’ purposes – how much flexibility does this allow for in terms of how these places are managed and improved for wildlife?

There has been much debate about the word preservation! The phrase in our 1907 Act is “promotion and preservation” and we think this is more helpful. We are not talking about preserving as in set in stone or deep frozen, this is more about preserving the beauty of landscapes and their health. I am comfortable with an interpretation of perseveration, which embraces preserving or restoring the functionality of landscapes. 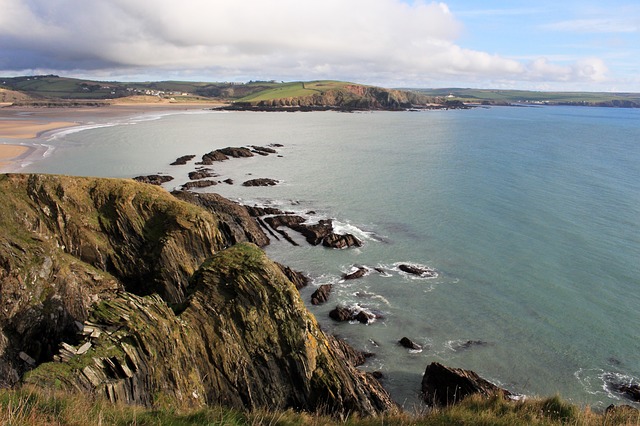 When managing sites, are issues associated with environmental change taken into account during decision-making?

All the time. We made major public statements about the need to accommodate climate change over a decade ago (Forecast Changeable, and Shifting Shores). The coast is so important to National Trust (we own over a 1000 km) we have just revised the latter, and produced an interactive map of the impact of a 1 m sea level rise.

I cannot think of a major management decision for National Trust land, including our buildings and countryside, where we have not sought to climate change proof what we plan to do.

The concept of rewilding has gained momentum in recent years, what are your thoughts on this ‘movement’?

There is arrogance in the belief of some people that nature cannot thrive without our interventions. We are part of nature.
At the heart of rewilding is restoration of natural processes with (eventually) minimal human intervention that might involve reinstatement of keystone species that had been lost. This suits me and many of my colleagues.

Wild Ennerdale (a partnership with United Utilities and Forestry Commission) and the Wicken Fen Vision, are two examples of where rewilding is happening on National Trust land through naturalistic grazing, and where the process trumps the product – in both places, the outcomes are open ended. Wild Ennerdale is full of non-native sitka spruce so what is wild about that? Again it is about celebrating the process rather than looking for a defined end point of certain species and habitats. Do you know the wildest thing about Wild Ennerdale? The River Liza: This is the wildest river in the Lake District – it does what it wants and gives us hope.

Is the Trust involved in any research projects / collaboration with other nature conservation organisations?

Sure, lots! We have a Research Strategy and staff to support its implementation. We encourage research on our land, and we partner academic institutions to tackle big projects. 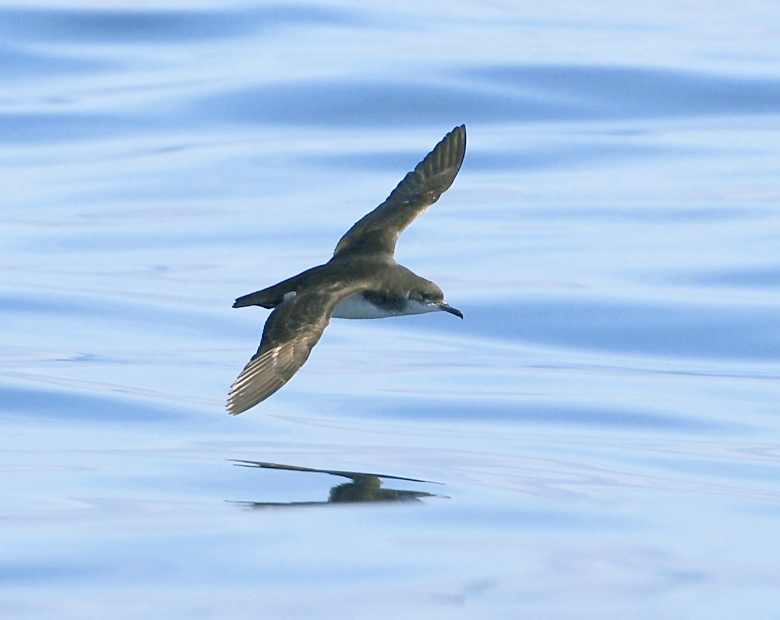 Over a decade ago, in a partnership with RSPB, English Nature and The Landmark Trust, we eradicated rats from Lundy Island to save the Manx shearwater from extinction there. The UK is globally responsible for this long lived seabird – 90 % of which breeds on our offshore islands. Manxies and other burrow nesting seabirds are very vulnerable to predation by rats and other non-native mammals. Seabirds are now increasing on post rat Lundy. Manx shearwaters are everywhere there now!

Lundy’s rat eradication was a significant accomplishment but not without welfare cost of poisoning of rats using second generation anticoagulants. That use of these rodenticides is routine on farms and in buildings does not sweeten the bitter pill that we cause the suffering and death of thousands of sentient mammals. I am currently interested in seeking alternative more welfare friendly ways to remove rodents for seabird islands.

Further Information: Dr David Bullock is Head of Species and Habitat Conservation, National Trust (England, Wales and Northern Ireland) in which he leads a professional community of nature conservation advisory staff, contributes to policy and strategy development, and advises on sustainable management of wildlife and natural resources.

He is particularly active in advising on management of wildlife, including bats, rodents, feral livestock and deer – including emparked herds on National Trust land.  A Trustee of Vincent Wildlife Trust, he has a special interest in its Conservation Strategy and the Pine Marten Reinforcement Programme (currently in Wales).