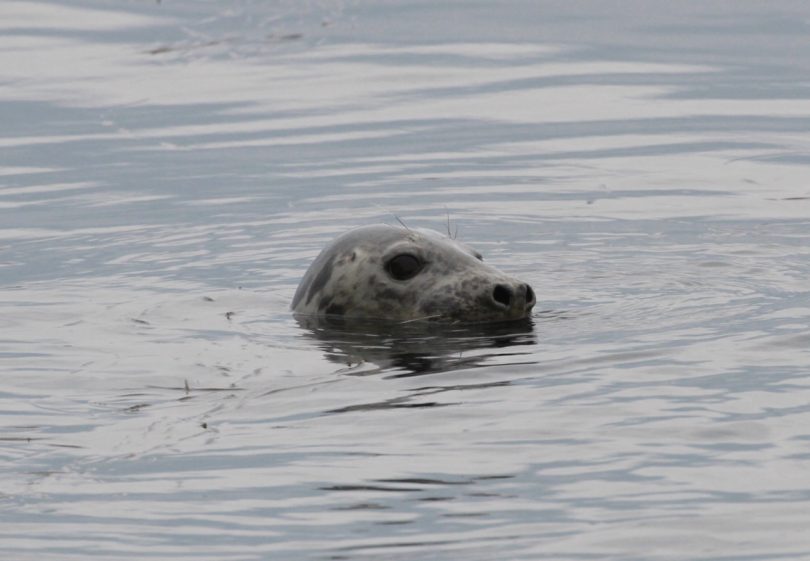 Big Mammal Day, is the concept of recording as many mammals as you can find within 24 hours.  Dan Brown took up the challenge and tells us about his experience.  Did he manage to set a new British record?…

Mammal watching is tough, really tough. When you think about how many mammals you normally see in a day, week or even a month you realise that it’s not many.  The world 24-hour record stands at 42 mammals in Tanzania, whilst the British record is a highly respectable 26 species. On 6th September 2017 Gus Routledge and I kicked off our Scottish mission to see how close to this we could come. The list of potentials was fairly good by British standards, but mammal watching being what it is, we suspected it would be tough going. 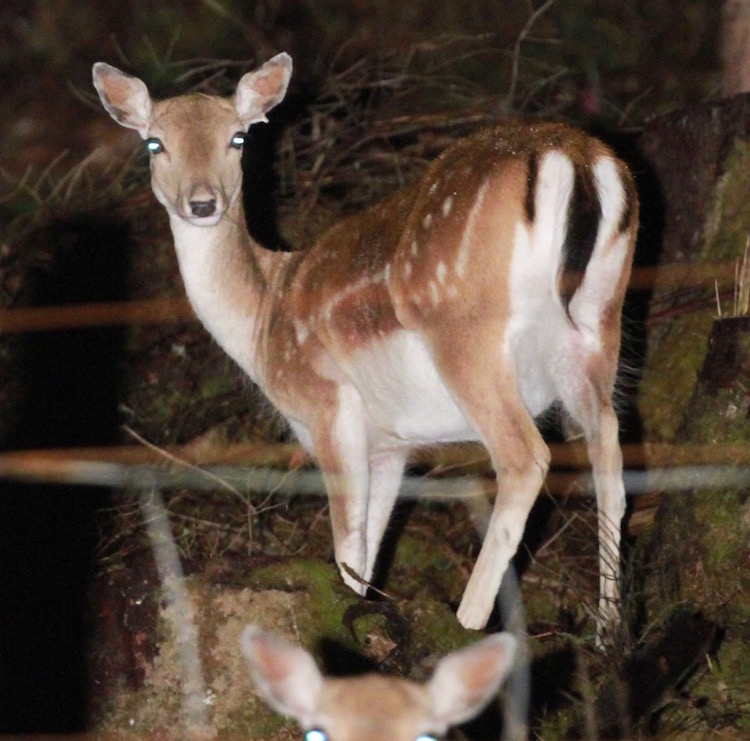 Midnight chimed and we sprang into action in the ancient oakwoods of Ardnamurchan on the Scottish west coast. A Fox yelped in the distance and Common and Soprano Pipistrelles buzzed around our heads, we were off. The single track road twisted through the woods, along the bays and around the crags of the peninsula. Red and Roe Deer soon gave themselves up and a Fox shot away from the side of the road. At 01:00 we stopped on the bridge over the River Shiel. A full moon reflected off the river and beneath us, Daubenton’s Bats flicked backwards and forwards calling non-stop.

Nearby we checked our small mammal traps set out the previous evening. A Wood Mouse was new, whilst bats continued in abundance. Brown Long-Eared’s foraged through the trees and a surprise Noctule cruised around above the canopy. Back on the road, the tail end of a mustelid teased us as it vanished under a crash barrier, never to be seen again, and a family of Tawny Owls gauped down at us from the gnarled oak bows. A Common Shrew in the middle of the road seemed to have no idea where it was going as it ran in circles on the tarmac, and that gave us our first 10 mammals of the day by 02:50! 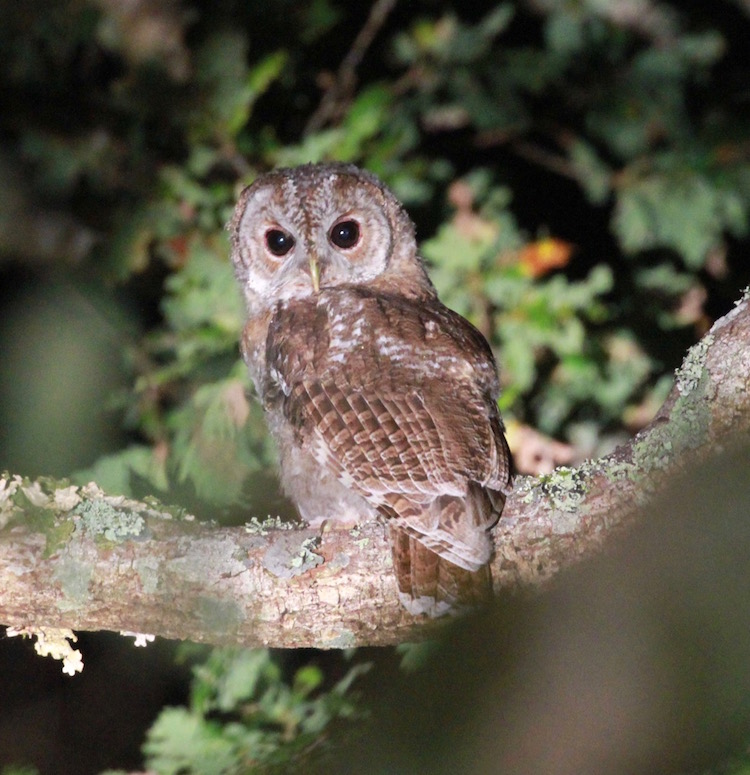 The alien green-blue eye-shine of two Feral Goats reflected down at us from the crags above the road, quickly followed by the soft salmon eye-shine of a pair of Otters as they weaved furtively through the clumps of seaweed exposed by the tide. It was particularly pleasing to find Otters so early on the day and it helped relieve the pressure a little.

Leaving the shelter of the oakwoods the rain started and the land became barren and open. Our quest for a Wildcat proved fruitless and cold started to creep in. Gus revived spirits with a pair of Fallow Deer at the edge of a plantation and a Field Vole proved remarkably showy on the road and verge. We continued trawling the lanes but the pace slowed and for an hour and three-quarters we had nothing. The opalescence of dawn started to spread across the sky and we headed to the western tip of the peninsula, the UK’s most western mainland location. On the very last bit of ground before the lighthouse, a large Hedgehog trundled towards us, our 15th species, and a moral booster! It had been a pretty strong start to the day but tiredness got the better of us and we crashed, whilst the light spread enough to sea-watch for cetaceans. 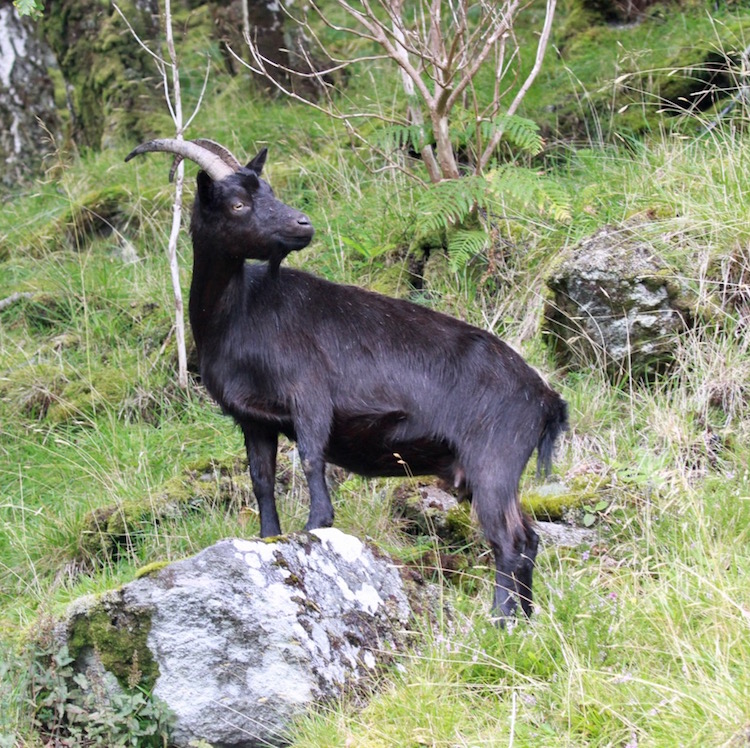 The thunderous clammer of rain on the car woke us – this was not what we wanted to hear. The wind was howling in from the west, Gannets and Manx Shearwaters hugged the coast, and the sea was white and angry. Not ideal sea-watching conditions. It was also difficult to tell whether Gus was still alive or not, but the absence of any movement indicated that there was room for improvement. We tried manoeuvring the car for better visibility, but in the end we gave up and headed back to Kilchoan and the more sheltered mouth of Loch Sunart. A Harbour Porpoise put in an appearance as did a Common Seal, but no sign of any other cetaceans or Mink along the coast. The Nadurra Natural History Centre at Glemore sorted us a fine breakfast and much needed coffee (well worth a visit if you’re on the peninsula), once again kicking our energy and moral back up.

We headed back east to check our small mammal traps again at Mingarry Lodges. The rain had eased and two of the traps had triggered, revealing a couple more Wood Mice but not the hoped for Bank Vole. The Red Squirrels however, were out in force, with three cavorting around the feeders and frantically burying hazel nuts. This is a cracking spot for anyone wanting to relax in the company of wildlife. Onwards to the wildlife viewing hide at Resipole in the hope that there would be a Grey Seal amongst the Commons. The rain was back and softening every object. Through the watery haze, two Grey Seals lazed, pressure off! 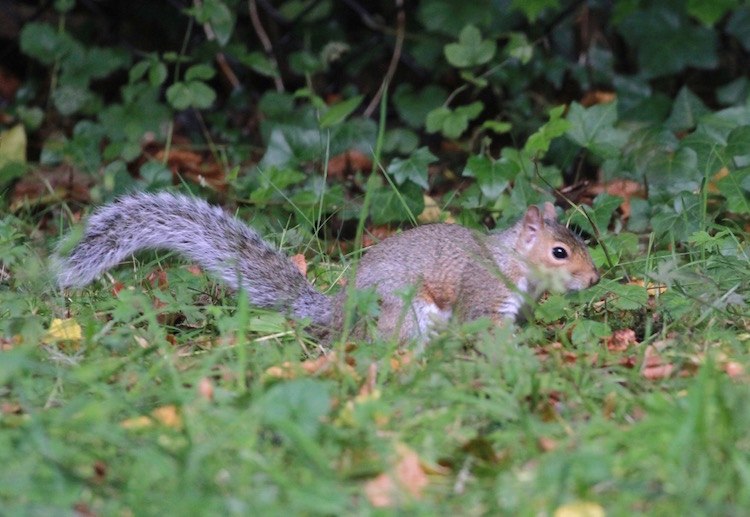 Ardnamurchan had delivered 19 species of Mammal in the first 12 hours of the day, despite having missed Pine Marten and Bank Vole, and having been hampered by bad weather whilst looking for cetaceans. Next a three-hour journey to Glasgow. Gus seemed to have relapsed into his partial state of death, so I was left to enjoy the spectacular Glen Coe and the wilds of Rannoch Moor alone. Arriving at the Botanic Garden in Glasgow, life stirred in Gus and we set off in search of Brown Rat, dwelling in the old station beneath the garden. It didn’t take long for an adult and juvenile to oblige, whilst the resident Grey Squirrels didn’t shy away either. 15:00 – 21 species down and we hadn’t even seen Rabbit or Brown Hare yet.

Next stop, the remarkable urban and fossorial Water Voles of Glasgow. Or not! A tiny patch of habitat adjacent to a sports centre was riddled with extensive burrow systems. Almost everyone that strolled past commented on the obliging nature of the voles but after two hours of staring in vain, we hadn’t even seen a blade of grass move, such is mammal watching. We were forced to get back in the car and continue south to Dumfries and Galloway. At last a roadside Rabbit took a little pressure off, followed shortly by Brown Hare. We arrived at Threave Estate, where Karl Munday warmly welcomed us into the balmy surrounds of the estate, a stark contrast to the wilds of Ardnamurchan lighthouse. We waited patiently by one of the buildings and as dusk drew in around us, Whiskered Bats started to emerge. Close by a Badger trundled out of the woodland mooching its way through the pasture – 25 species down and still with three hours to go! 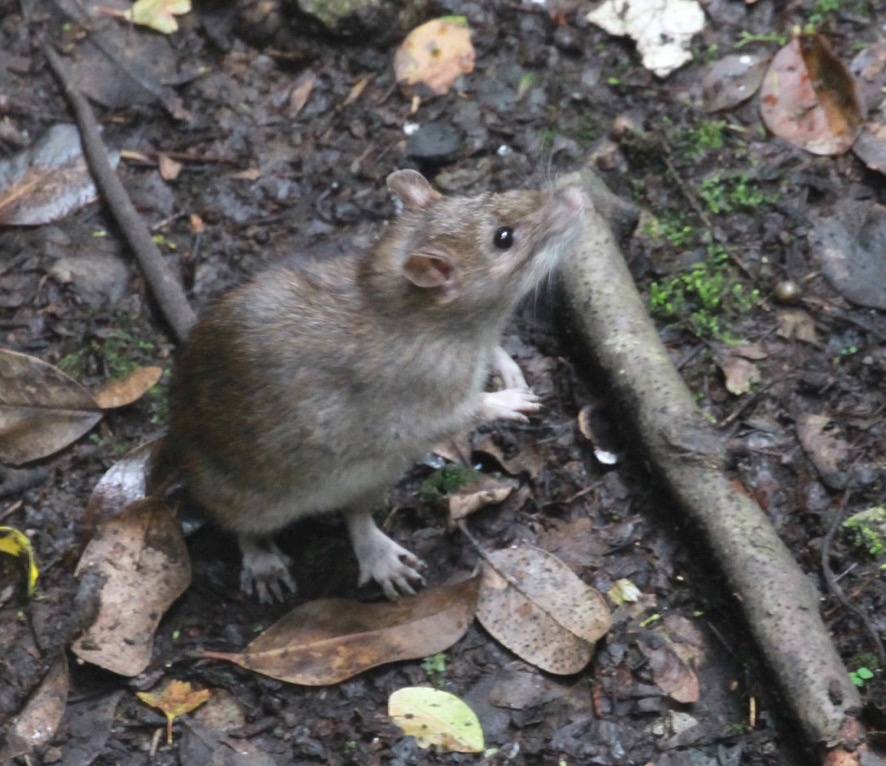 With time on our hands we decided to try for Sika Deer back up near Moffat. The wide road twists through the edge of conifer plantations and open grassland. A Long-Eared Owl perched next to the road and stared intently at us with fiery eyes but Sika kept to the forests and out of sight. Further north, we broke out onto moorland and it didn’t take long to find a pair of Mountain Hares cavorting amongst the heather – 26 species!

With a final 75 minutes to spare, we shot back north to Glasgow and back to the Water Vole site in the hope that darkness had encouraged some activity, but alas, it wasn’t to be and 24 hours after kicking off our day, we had finished with 26 species of mammal and a joint British record! What a result and what a brilliant day. The diversity of mammals seen in a day was incredible, from Harbour Porpoise and Otter to Mountain Hare and Whiskered Bat! Whilst mammal watching is tough going, there is almost always reward in the effort and I’m sure that future Big Mammal Days will see scores of over 30 species in the UK, especially in southern England where there is a greater abundance of small mammals and bats. Good luck if you give it a go, its well worth it!

About the Author: Dan Brown is a professional ecologist and owner of Natural World Consultants. He is a biodiversity specialist undertaking work around the world on biodiversity impacts from roads and wind farms in the UK to mines and hotels much further afield. He is also a lecturer and guide for Heritage Expeditions and Sunbird tours, provides field support for natural history TV production companies, and is an author at New Holland recently publishing ‘Great British Birding Experiences’. He has been a passionate naturalist all his life and enjoys nothing better than being outside looking for hoverflies, catching moths, birding or trying to find an elusive mammal!