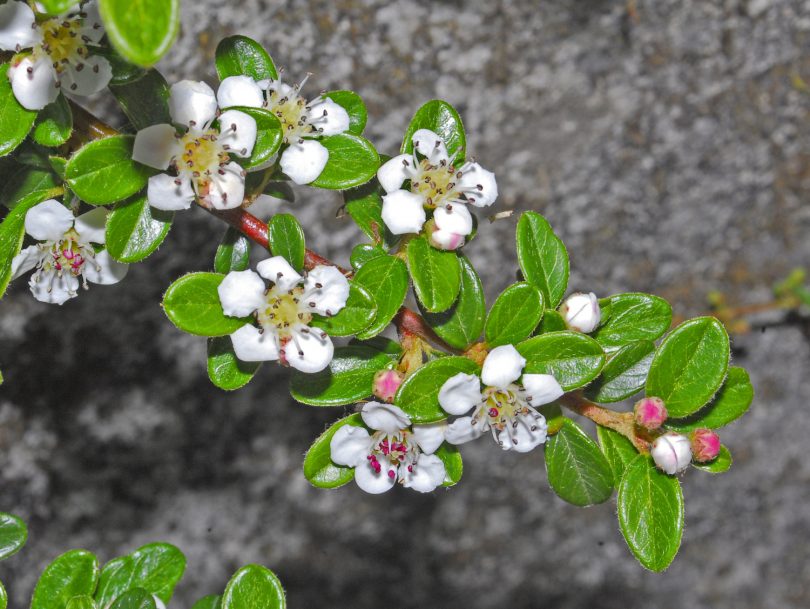 Cotoneaster species are native to Eastern Asia and were first introduced to the UK in 1824 as ornamental plants. The seeds are spread by birds, therefore, the plants can easily spread to a wide area. 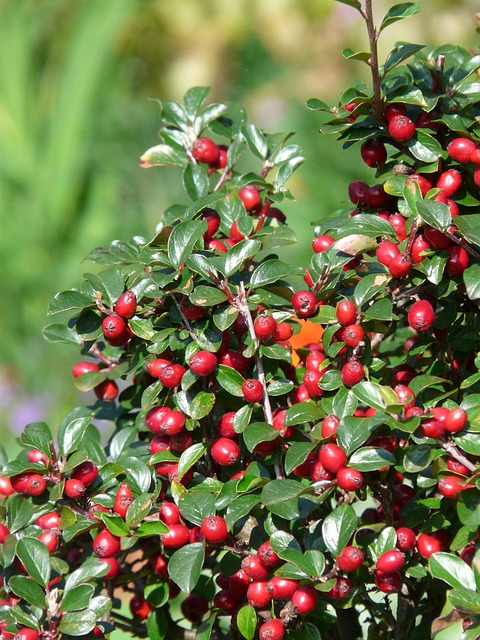 Impact
Once cotoneaster is established, it can dominate areas – outcompeting native flora and creating dense thickets. When plants spread into the wild, they are particularly problematic on limestone cliffs, pavements and screes, through outcompeting rare native plant species.  They can also form an extensive root system which is difficult to remove.

In habitats of lower value, especially in urban areas, it may actually have a net benefit to local ecosystems as its flowers are highly attractive to bees and birds eat its berries in the winter when other food sources may be scarce (NNSS, 2017).