Home » Why are there barely any bears in Africa? 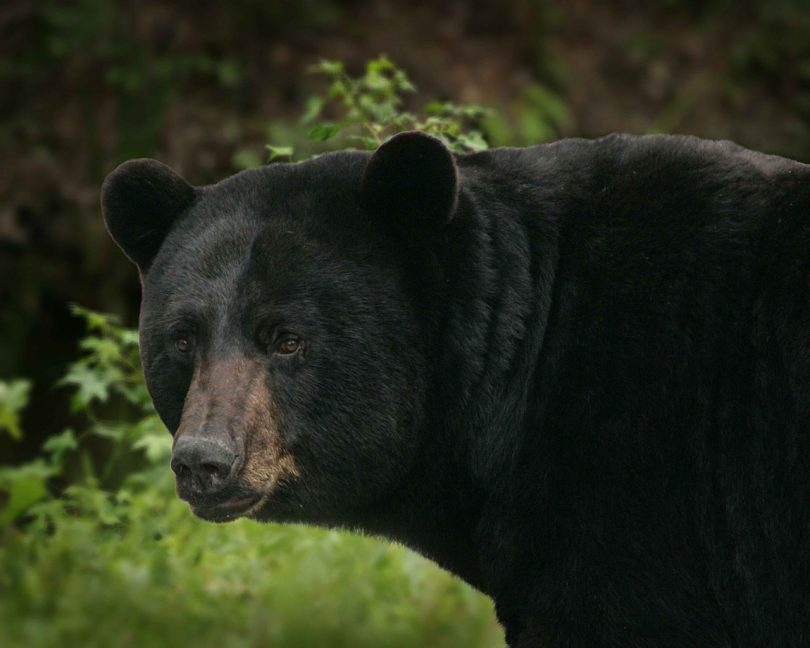 In this fascinating article, Mark Smith takes a closer look at the evolution of bears…

Recently my attention became drawn to an unusual natural curiosity; I wondered why there are no species of bear in Africa.

Bears are remarkably adaptable and generalist species, they are capable of living in forests, grasslands and mountains. Their diet is omnivorous and on the whole wide-ranging across species. On the face of it, there seems to be no logical reason for the absence of this species from this continent. There are no bear species in Australia but this is easily explainable; in fact, mammal fauna in Australia is unique. Australia is home to a distinctive marsupial assemblage which resulted from the split of the continent from the supercontinent Gondwana, its final separation occurred in the Mesozoic (251-140 million years ago) trapping primitive mammals on its shores. Africa, however, has a range of modern mammal taxa and niches indicative of the other continents.

Thus began a search of the literature to uncover the answer.

The earliest mammals were small rodent-sized organisms and the lineage of the bear can be traced back to the Palaeocene species Cimoloestes before the origin of true carnivores and the development of carnassial teeth.

The distribution of the extant species of bears today. Note the lack of any bear species in Africa or Australia (Wikimedia Commons – Copyright Free)

The first true bears begin with Parictis a raccoon-sized mammal in North America which led to Amphicynodon and Cephalogale, a wolf-hound sized animal, found in 37 million-year-old Chinese deposits. Radiation of the species led to Phobercyon, Pithocyon and the aquatic bear Kolonomos. 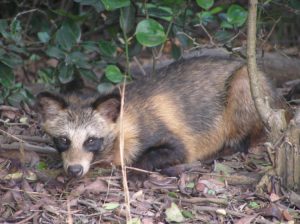 Modern bears (Ursidae) exist in three sub-families Ailuropodinae (Giant Panda), Tremarctinae (Andean Bear) and the Ursinae (all other bears). These three lineages common ancestor was Ursavus elmensis. This species lived 20 million years ago; they originated in Asia and spread to North America. They were about 30 inches tall, adept climbers with distinctive omnivorous teeth and probably similar to modern-day Racoon Dogs.

The Giant Panda was for many years a subject of debate concerning its ancestry and growing up I can remember it not being listed as a bear; today, however, it has been shown that the Giant Panda descended from Ailurarctos which lived in Yunnan Province in China 7-8 million years ago, it too had links to Ursavus. 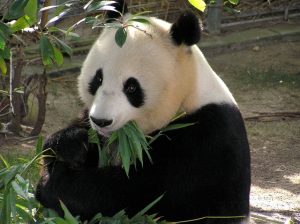 The Giant Panda was considered separate from the bears for many years.

The Tremarctine Bears (also known as running bears) evolved during the middle Miocene as the world became drier. The humid forests were replaced by temperate forests and scrubland. These species became more specialised carnivores and became larger in body size. They first dispersed into North America and then into South America when the Panamanian land bridge surfaced 2 million years ago. Key running bears were the 600 kg Short-Faced Bear (Arctodus simus) and the 400 kg vegetarian Florida Cave Bear (Tremarctos floridanus). These two species were remarkably successful, surviving up until only 10,000 years ago. The Tremarctine bears faced increasing competition from big cats and the late Pleistocene extinction of the large herbivores. Their extinction also matches the appearance of mankind and arrival of Ursine bears such as the Brown Bear. Today only one Tremarctine species remains the Spectacled Bear of South America. 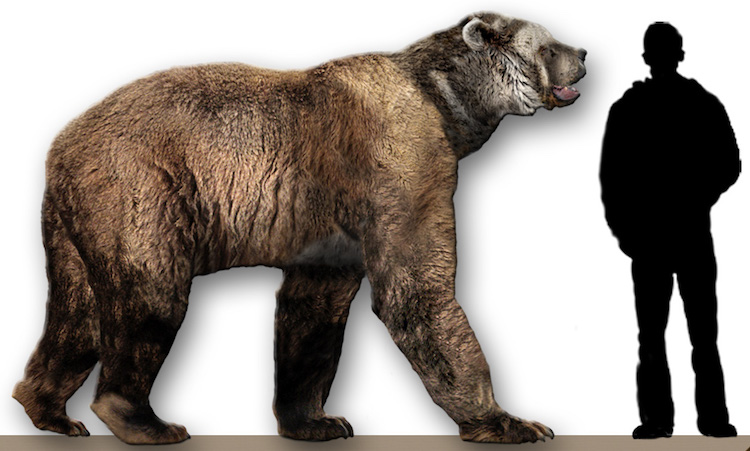 Ursine bears evolved from the Little Bear (Ursus minimus), they evolved 5 million years ago but underwent great change and radiation during the Ice Age 2.5 million years ago. Rather than being large and fast, the bears in Eurasia became slower and predominantly omnivorous. The Little Bear spawned the modern bears (Sun Bears, Sloth Bears, American Bears, Asian Black Bears, Brown Bears and Polar Bears). The Little Bear most closely resembled the Asiatic Black Bear (Ursus thibetanus). It spread right across Europe and Asia becoming isolated in Asia during the Pleistocene.

Brown Bears split off from the Little Bear 1.2-2.8 million years ago although there is some evidence they could have split from the Etruscan Bear or the Cave Bear (Ursus spelaecus). The Etruscan Bear led to the Eurasian Cave Bears 500,000-100,000 years ago. They were large (400 kg) and similar to their American Florida Cave Bear cousins. The Cave Bear had a distinctive domed forehead and weighed 500 kg; it vanished in the late Pleistocene. Regardless of the exact ancestor, Black Bears and Brown Bears separated at this time as part of a massive radiation of species, which somewhere included the Sloth Bears and the Sun Bears. The Brown and Black bears spread across Europe and Asia, crossing the Bering land bridge to colonise North America. 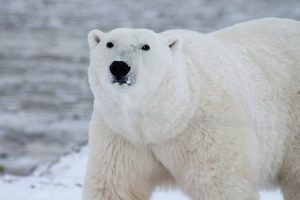 The most recent species to evolve is the Polar Bear, which evolved from the Brown Bear lineage some 200,000 years ago. This specialised polar hunter is exclusively carnivorous, whilst the Brown Bear retained a generalist omnivorous diet.

In this discussion, it is possible to see waves of bear evolution occurring in Europe, Asia and the Americas. Climatic changes and the creation of land bridges led to a dispersal and radiation of the species across the major continents. In this story, the Tremarctine dominance in the Americas gave way to a Pleistocene invasion of Eurasian Bears; it is clear that Africa is not mentioned at all. This indicates that whilst bears proved adaptable to most continents something restricted their spread onto this particular one.

Whilst I claim that there are no bears in Africa there is, in fact, evidence that there has been. Atlas Bears (Ursus arctos crowtherii) lived in North Africa and were a sub-species of Brown Bear. They covered much of Moroccan, Libyan and Tunisian mountains and forests. They had slightly more orange fur and a shorter face more reminiscent of their Miocene relatives. It is believed the Atlas bear was hunted to extinction, first by the Romans who used them for sport in their coliseums and later by other hunters. The last Atlas Bear was killed in the 1870’s. 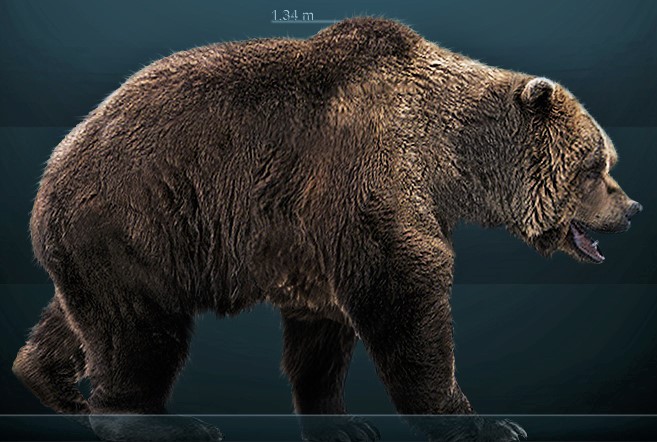 Fossilised bear remains have been discovered in two locations in Sub-Saharan Africa, South Africa and Ethiopia. These bones relate to one of the ‘running bears’ from the late Miocene and Pliocene. The species, Agrotherium africanum, had primitive teeth and was probably primarily herbivorous and a scavenger; it is thought that the genus became extinct due to competition. This I think, holds the key to why there are no bears in Africa i.e. competition and the Sahara.

In Summary:
Much of the evolution of the bear occurs in either Asia or North America with the resultant species spreading out in either direction east and west. In the Americas, the species were able to radiate south once the Panama land bridge was established and today we still have bears along the Andes. In Asia the Giant Panda thrived in the bamboo forests, the Asiatic Black Bear across south-east Asia and heading southwards, the Sloth Bear appeared in India. We know bears existed along the Atlas Mountains north of the Sahara desert but none south of it. It is likely that as is the case for many species, the desert acted as a considerable barrier to the southerly expansion of the bears. This barrier stopped the colonisation of Africa by any of the modern species of bear in the past 1 million years. 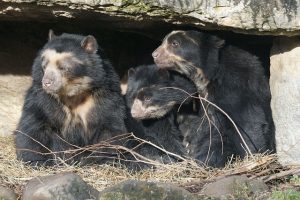 As we now know, there were Cave Bears found in Ethiopia and South Africa but they evidently died out without spawning new taxa, this suggests competition coming into play. To explore this we must look at the evolution of the Order Carnivora as a whole. This line includes all mammal carnivores which appeared in North America 42 million years ago from Miacids. This order very quickly splits into two orders, the Caniformia and the Feliformia. The Feliformia included all the cat families and were predominantly successful in Africa and Asia whilst the Caniformia that included the dogs, arctoids, racoons, weasels, seals and bears were most successful in North America, radiating into Europe.

Therefore the bear lineage became a mostly northern hemispheric line that was unable to successfully spread south through Africa and those that did, found themselves out-competed by the dominant Feliformia – predators like the big cats. Today where there are bears or dog species there are fewer cat species and vice versa.

The above is not a watertight explanation, but I think draws together the ancestry of the bear along with biogeographical information. With modern taxonomy and the development of improved genetic testing, evolutionary theory is coming on in leaps and bounds, and every year a clearer picture is gained. There is still much to be discovered and for that, we need both the paleontological evidence and DNA sequencing.

About the Author: Mark Smith is an amateur ecologist who trained at the University of Aberystwyth. Mark runs a website (link HERE), where he publishes his varied research interests. He has been a regional representative for the BTO for the past 8 years and has consulted with Warwickshire County Council and other local wildlife bodies on several conservation projects. Aside from the camera trapping Mark manages a small patch of land and has been recording wildlife on the same patch of the river Avon for 15 years. Mark blogs on all matters wild.  Link to his blog is HERE.  Mark can be contacted via admin (at)wildwarwickshire.co.uk.