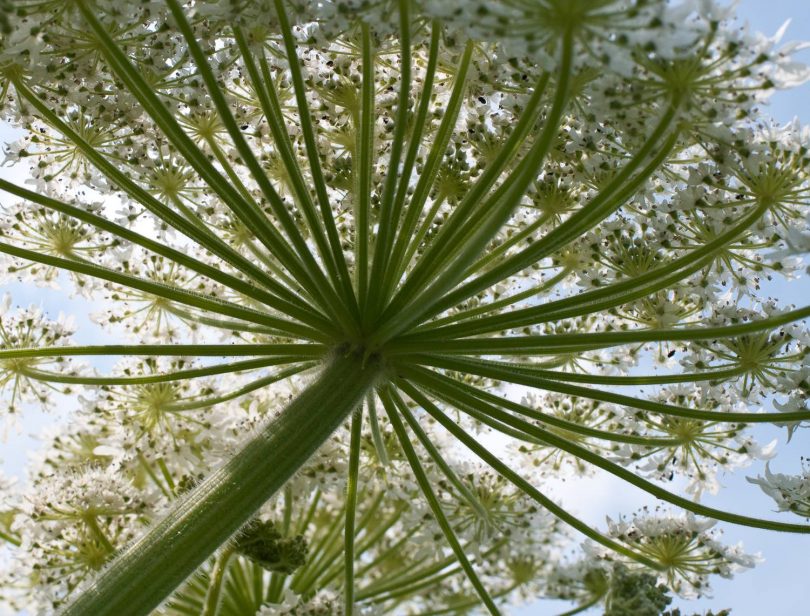 Identification & Ecology
Giant hogweed is tall (typically 2-3 m high), with thick bristly stems that are often purple-blotched. The flowers are white and held in umbels, with all the flowers in the umbel facing upwards. The flower heads are up to 80cm in diameter. 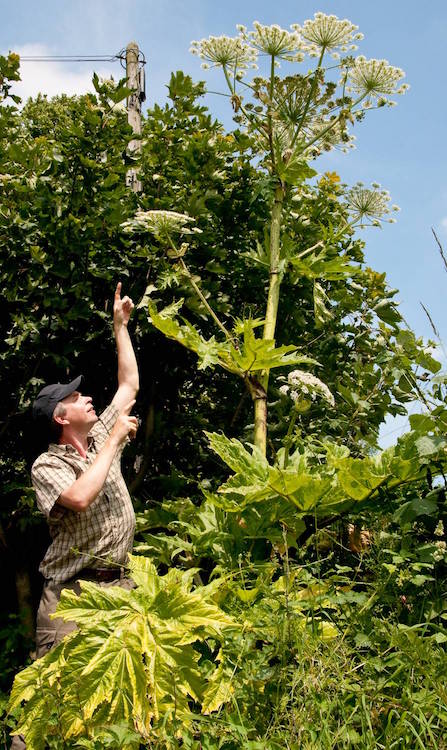 The plant reproduces entirely by seeds; fruits are oval-elliptical broadly winged mericarps (6-18 Ć 4-10 mm), which are dispersed by wind, water and humans.  Giant hogweed is monocarpic, that is, it reproduces only once in its lifetime. Plants are able to self-fertilize. A single plant produces about 20,000 seeds which have to be stratified in the soil in cold and wet conditions during winter and then are highly germinable (NNSS, 2017).

Impact
Chemicals found naturally within the plant can cause photodermatisis, or photosensitivity; this where the skin becomes highly sensitive to sunlight and the skin may blister, undergo pigmentation, or have lasting scars from the contact. For this reason occurrence of giant hogweed is monitored, to ensure public health and safety and enable quick treatment of the plant. The reaction can be activated by UV radiation as rapidly as 15 minutes after exposure, with a peak in sensitivity approximately 2.5 hours after exposure.

The plant is invasive by lowland rivers and on waste land and can outcompete native plants.

Legislation
Giant hogweed is covered by the Wildlife and Countryside Act 1981. It is listed under Schedule 9 of the Act and Section 14 of the Act states that it is an offence to plant the species in your garden or allow the species to escape into the wild. It is also now an offence to sell the species within a garden centre due to the impact that it has on people. 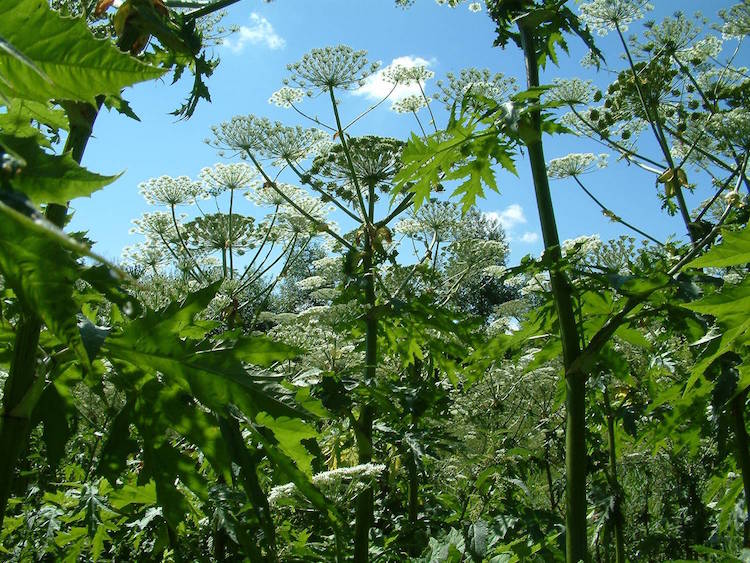 Control Measures
Different measures can be utilised to control giant hogweed, including both non-chemical and chemical controls. It is recommended that a contractor who is experienced in giant hogweed control is used for the removal of the species to ensure that no harm comes to anyone working on site, and to ensure the most current methodology is used.

It is important to note that you should always wear gloves, cover arms and legs and ideally wear a face mask when working with or near giant hogweed. Cut debris, contaminated clothes and tools are potentially hazardous too as the sap can still cause photosensitivity.