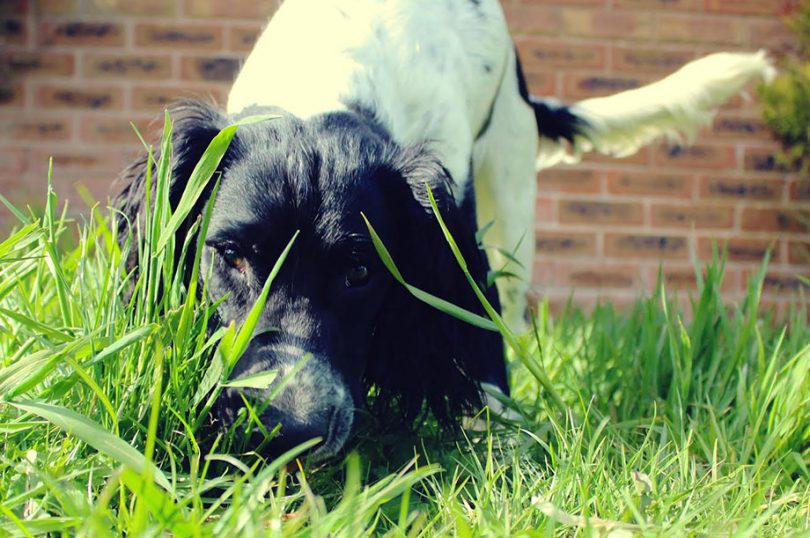 In the third article of our ‘Interview with an Influencer’ series, Inside Ecology interviews Louise Wilson, founder of Conservation K9 Consultancy…

Louise is at the fore-front of canine wildlife detection, pioneering ways to use a dog’s remarkable sense of smell for use in conservation and ecology. 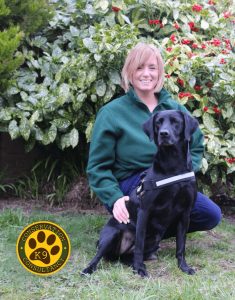 How did you become interested in working and training dogs for detection purposes?

I studied animal behaviour and welfare at Chester University, part of Liverpool University, and all I ever wanted to do was work with animals, my ambition was to be the next Jane Goodall or even Diane Fossey – working with primates was my dream.

After finishing university and whilst working in marketing, I saw in a local paper that a detection dog company had started operating just 10 minutes from my house, so I contacted them. That’s where it all started – apart from being told I probably wouldn’t make it in the industry being female, in addition to not being either ex-military or ex-police…I didn’t let that stop me. I offered to work voluntarily, and did this for the next 5 months until I was employed; my first role was to help train explosive detection dogs for a Saudi contract.

How did you make the transition from providing detection dogs for government agencies, to ecology and conservation based uses?

Once I joined my previous company – Wagtail UK Limited (I worked my way up, became head of training, Director and shareholder), it was a chance to push toward my own personal dream…conservation!

I was a trained handler and the head of training for the dogs and new handlers in disciplines such as:-

With this experience and qualifications I then worked tirelessly; independently and single-handed, I pushed for work in the area of conservation and surveying. Whether it was bat carcass detection dogs for UK searches, pine marten scat searches or when I visited South Africa to help an organisation start training cheetah scat detection dogs, it was the start of my dream coming to fruition. That’s why last year I started my own company – Conservation k9 Consultancy.

Being the leader in this industry with my experience, background, work portfolio, affiliates and associates, I wanted to work together with other organisations to allow the use of dogs to be more widespread and not just under one company’s umbrella, so now I help ecologists, individuals, conservation organisations and more to access the use of dogs themselves and even acquire their own detection dog and team for their organisation via direct training or consultation. I don’t only consult and advise for UK work, I am lucky to have been asked to consult on work overseas also, in South Africa, as well as the USA.

The transition from providing detection dogs for government agencies, to ecology and conservation based uses, was the difference in the target odour you’re detecting and the environment you are working – making sure your dog doesn’t chase animals and can cover large open areas properly.

It’s not a blueprint of training explosives or drugs dogs, it is different and takes a different approach. It’s like a mixture of search and rescue work, explosives detection and cadaver search. 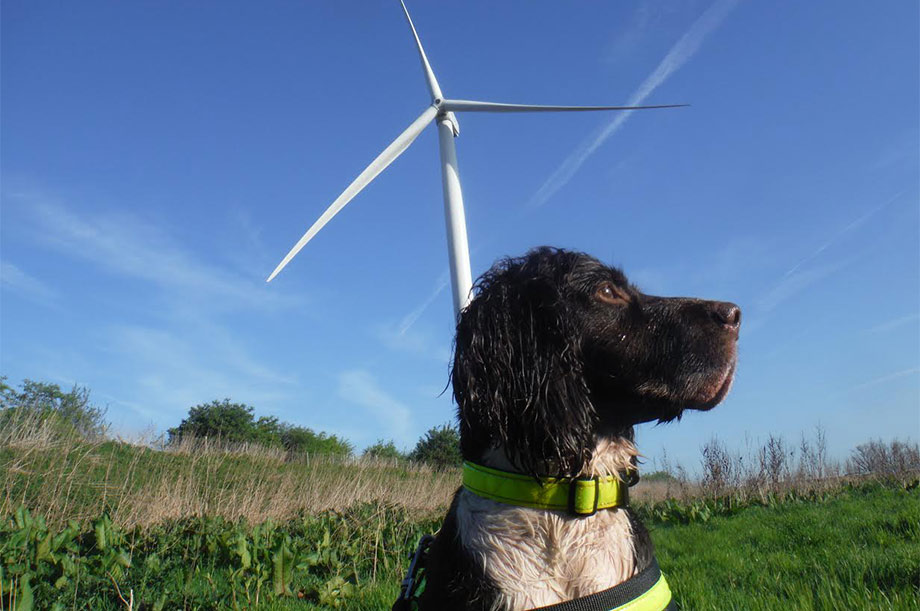 How many dogs do you have working at the moment?

All the dogs I use are rescue dogs, I have 6 dogs myself plus a dog in foster with me also; I assist a local dog rescue charity – Ark Angels, helping rescue and rehabilitate unwanted dogs. Not all my dogs are working right now, some are in training, and one is my retired explosive detection dog, BoBo. I do also have dogs for clients that I have been training now for a year – 3 bat carcass detection dogs for use within their own organisations, these range in age from an older dog to a new pup.

I have helped train a Staffordshire bull terrier for bat carcass detection demonstration at Crufts for his handler Rachel Wilson, as well as other dogs in the pipeline for great crested newt detection for my client’s upcoming exciting project. To name but a few…

How long does it take to train a dog and where do you get the samples from for training purposes?

It all depends on the dog, the project in hand and the odour really.

I usually generally say it take around 8-12 weeks to train a dog; however, most of that is the environmental work, making sure the dog is happy, comfortable and confident in all environments. They aren’t robots…it is so important to ensure their welfare is considered and that in every single environment they are expected to work in, they are happy confident and not fazed.

The training scents…well some I need licences for, some I need to do courses and have qualifications for and some I can get from local animal sanctuaries, rescue and zoos. The British Wildlife Centre have been so very supportive now for so many years, always providing me with training samples, which have been so important for our projects.

Can a single dog be trained to detect a multitude of different ‘targets’, or do you need a different dog for each target?

Firstly, the simple answer is YES…however, it all depends on whether it’s appropriate. For example, If you have a great crested newt detection dog, and if he/she indicates in an area but a great crested newt cannot be visually identified by the handler, resulting in the need to stop construction on the basis that there is the scent of a great crested newt underground, and excavation work needs to be conducted…it wouldn’t be practical or ethical for this dog to be trained in any other target odour, as the dog cannot tell you which odour he is indicating on.

You need to look at the practical application of the detection dog for each and every project.

However, I have some dogs that are trained on multiple scents, such as – pine marten scat, dormouse nests, water vole burrows/nests, hedgehog droppings and bat carcasses. All these would look different if we came across them with a dog, so after visual inspection we can conclude what scent the dog has indicated on.  In a situation where a dog has shown particular interest and where no item is found, meaning we can only speculate, we can place camera traps in the area. 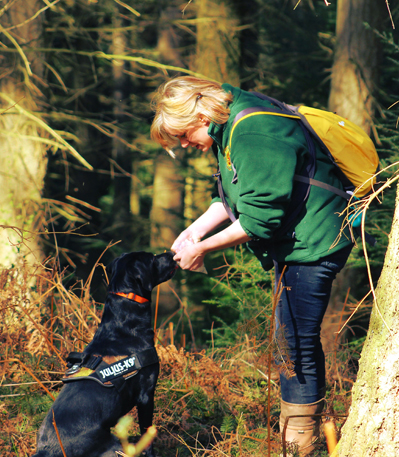 What are the benefits of using dogs in wildlife detection and how effective are they at detecting ‘targets’?

Canine assistance in wildlife monitoring makes it much more effective and efficient. They offer several potential benefits when surveying…

What countries do you work in/have you worked in, and on what type of projects?

I am so lucky to have worked in many countries now from project implementations, to feasibility studies and then operational searches: 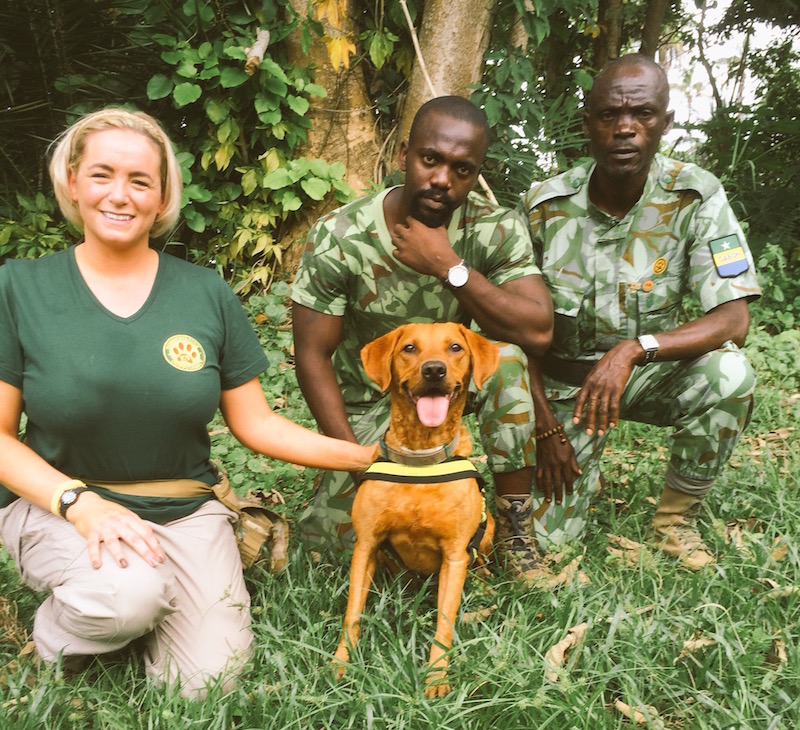 How well used is the service in the UK?

Not well enough; I come across many barriers constantly when trying to recommend and promote the use of dogs in conservation wildlife monitoring. It’s funny that since 1980 or even earlier in the States, dogs have been used for wildlife searches and to this day are so popular, also in other countries such as New Zealand and Australia, yet in the UK, where our weather is perfect for it and the risks to the dogs and the search teams is minimal, we are still very apprehensive about utilising dogs for such work; mainly people question the efficiency of dogs (I have never been questioned by people when I have undertaken explosive searches with my dogs about how efficient or effective these dogs are EVER).

It is a shame as some ill-experienced dog teams have carried out work in this area and when not conducted properly this gives professionals such as myself a harder time trying to convince people it’s viable… it’s about working together and getting the best advice, guidance and training when utilising dogs in conservation and surveying.

If we work together, we can make the use of dogs in conservation more widely used and accepted. This is what I am struggling with – making sure this industry is kept legit and professional, using the right trainers with a background in detection dog training and the right dogs for such work. I am so so passionate about this work and I won’t stop until people realise it’s the best method to use, and the most cost effective.

This is hard as I am lucky to have so many projects I am proud of; winning 4 business awards so far for the work I have done in detection is something I am proud of, especially as I started this career being told that I wouldn’t make it.

Other things I am most proud of are: 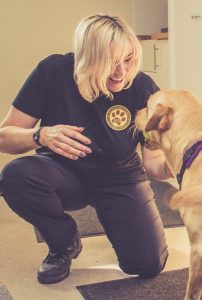 So what’s currently in the pipeline? What projects are you working on at the moment?

Well I can’t give away all our secrets…but we have some projects for amphibian detection, illegal poison detection and bird carcass detection to help with wildlife crime control, as well as pursuing existing work and advancing the training of our dogs not only here in the UK but in Gabon also.

Also, potential work in South Africa with snare detection, as well as census work in the USA.

Exciting times, but the use of dogs in conservation in the UK always needs to be pushed and to prove that’s it’s a viable, effective and cost efficient way of helping with monitoring. It’s just important that you use the right training, dogs, and experienced organisation. I am happy to work with university’s and education organisations to run workshops, talks and demos, in addition, I am always looking to run pilot studies and help with research and PhD studies etc.

Further Information: You can find out more about the work that Louise undertakes HERE.