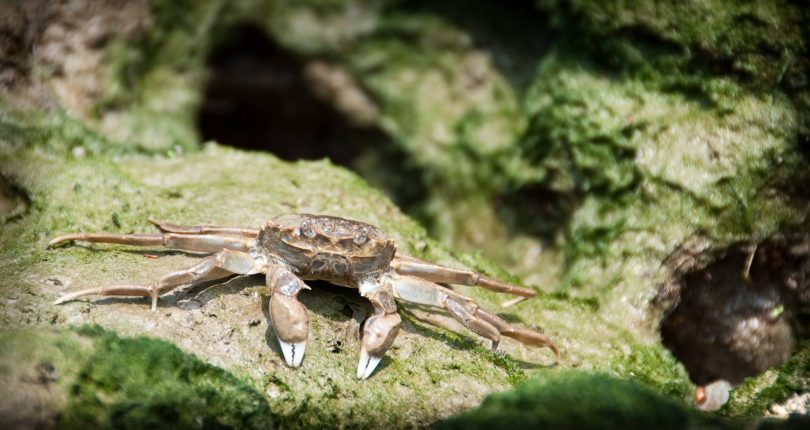 In this article, part of Inside Ecology’s ‘Invasive Non-Native Species’ series, Elizabeth Kimber (Ecologist), focuses on the Chinese mitten crab…

Chinese mitten crab (Eriocheir sinensis) are listed as one of the worlds 100 worst invasive species due to the damage they can cause to fishing gear, river banks, native species and habitat. Both economic and ecological damage combined make this crab highly problematic. The extent of the Chinese mitten crab within UK waters is currently unclear, however, research institutes and public engagement forums are working to clarify the distribution of this species.

The Chinese mitten crab originates from eastern Asia, in temperate and tropical regions between Vladivostock (Russia) and southern China, including Japan and Taiwan. They are thought to have been present in the Thames estuary since 1935 and were most likely introduced in ballast water associated with shipping, mariculture and clinging on to ships’ hulls. 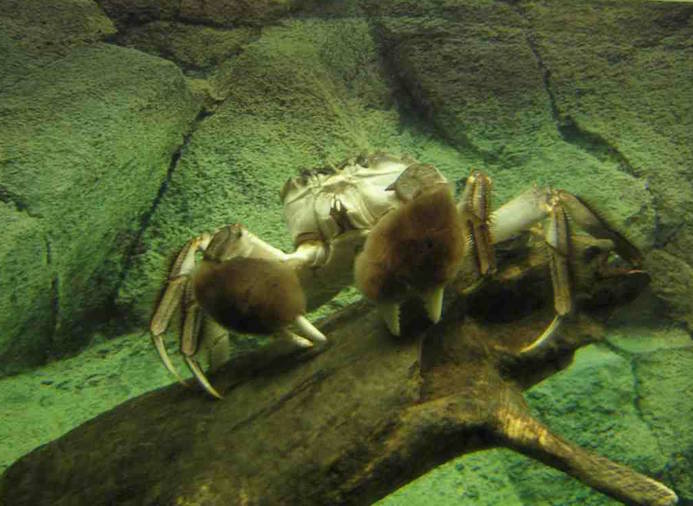 Chinese mitten crab are recorded in rivers, brackish water and estuaries but rarely along the marine inshore coast. They burrow into sediment banks, and adults migrate to the mouths of estuaries to breed in deep, fully saline water; this is called a catadromous life cycle. Adult females carry between 250,000 and 1,000,000 eggs into deep waters, and the larvae then hatch, develop and the resulting juvenile crabs gradually move back upstream to freshwater. The Chinese mitten crab are currently common in the River Thames and River Medway, with isolated populations from the River Tyne, the River Tamar, Southfields reservoir (near Castleford) and Dungeness, Kent. 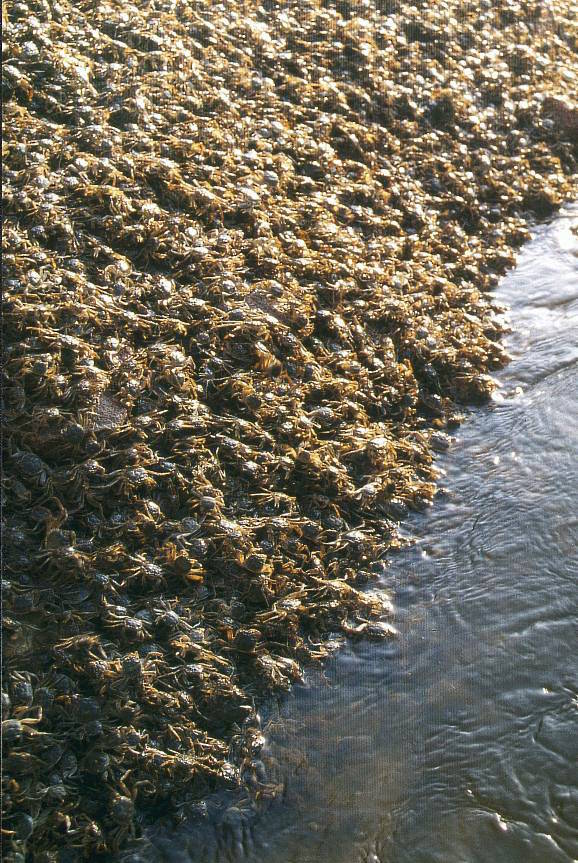 The Chinese mitten crab also upsets the ecological balance within freshwater food chains, and has been demonstrated to have significantly negative effects on native wildlife through competition including the UK’s white-clawed crayfish (Austropotamobius pallipes). Chinese mitten crab also carry a number of diseases, which may adversely impact other crustacean species.  They are also likely to impact native, benthic invertebrate populations in freshwater and marine systems, through predation and competition for space. May also cause siltation of gravel runs used for spawning by salmon and trout (Non-Native Species Secretariat (NNSS), 2017).

The Chinese mitten crab could have serious impacts on our agricultural industry, especially trout and salmon fisheries as it can predate on the eggs of both of these species.

Legislation
Chinese mitten crab is covered by the Wildlife and Countryside Act 1981.  It is listed under Schedule 9 of the Act and Section 14 of the Act states that it is an offence to release or allow the species to escape into the wild.

Control Measures
Control measures have proven to be very difficult due to the Chinese mitten crab’s abundance, high reproductive rate, and high physiological tolerance.  To date, methods used to capture the animal has been mostly ineffective.

If you identify a Chinese mitten crab in the wild, it is important to submit the record so that the spread of the invasive species can be monitored, and further studies into the impacts and ways to control the population of Chinese mitten crab within the UK can be carried out.  Records can be submitted to the Mitten Crab Recording Project and The Marine Biological Association.